Directly below and parallel to the Subtropical Garden, this five-acre open expanse of trees and shrubs offers a pleasant contrast to the paths and manicured lawns located on the hilltop. Early photos of this area show a grove of young Washington Navel orange trees. By the 1940s the orange trees were past their prime and 1,000 eucalyptus trees from the U.S. Department of Agriculture were planted to test their viability as timber. By the 1960s this dense planting had become an overgrown fire hazard and the trees were drastically thinned, leaving only the most interesting and attractive specimens. Informal groups of other plants native to Australia were interspersed among the trees, and the area was opened to the public in 1964. 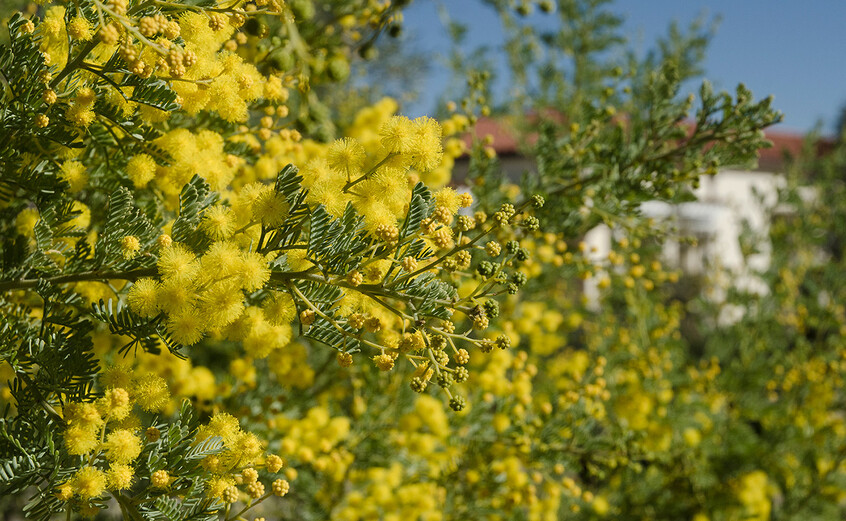 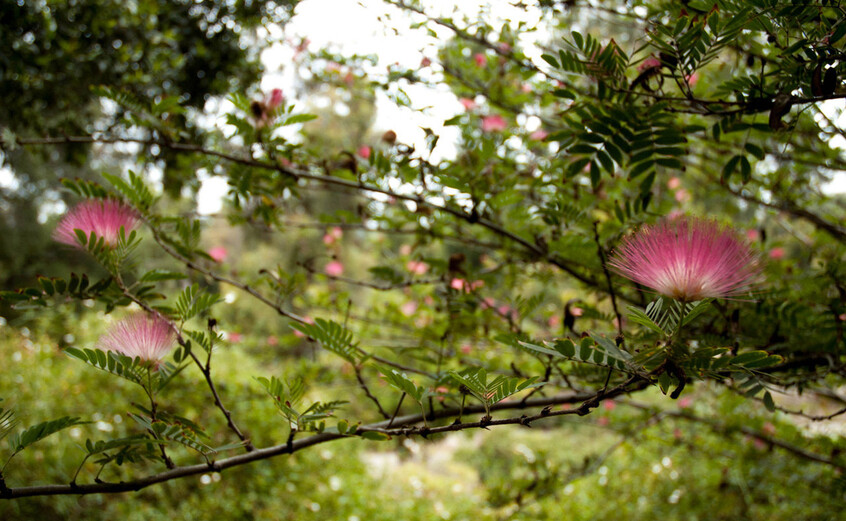 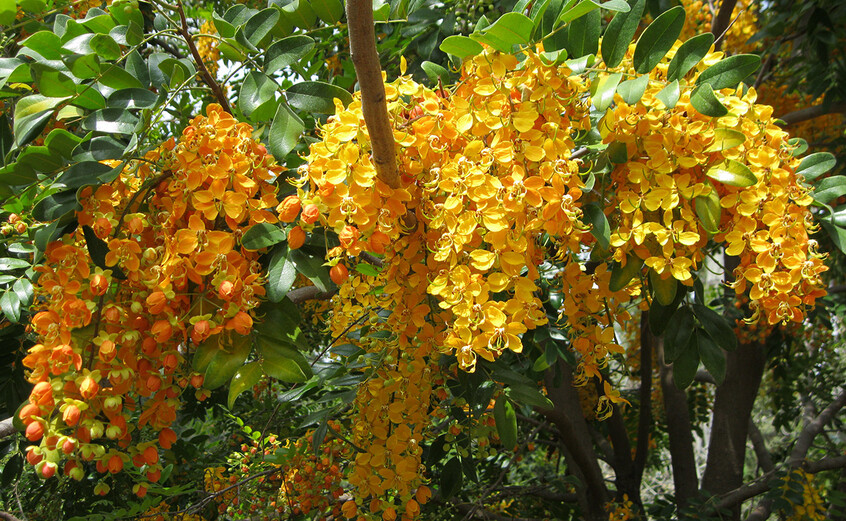 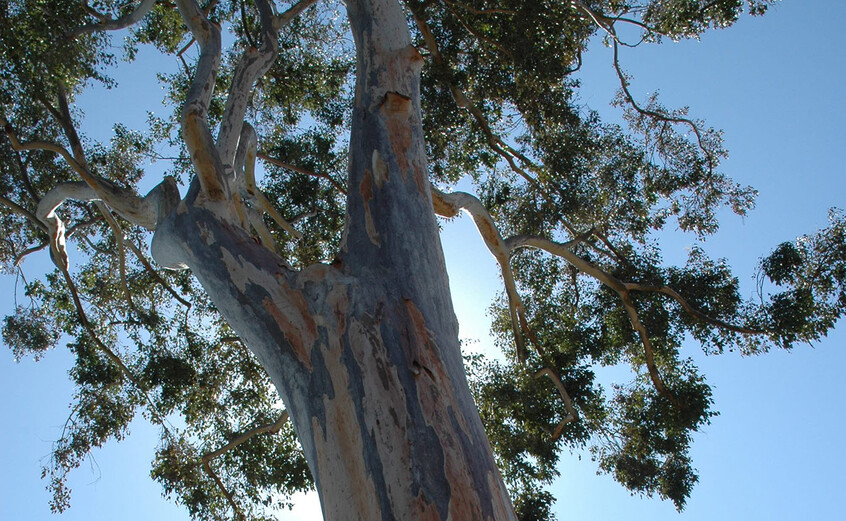 The finest flowering display occurs in early spring, beginning with the blooming of the acacias and continuing on through the flowering of the kangaroo paws, melaleucas, wax flowers, and blue hibiscus. More than 100 of Australia's some 700 Eucalyptus species grow in the garden. The endangered Eucalyptus woodwardii has one of the most beautiful flowers of all the smaller, shrubby eucalyptus called mallees. The bottle brushes (Callistemon spp.), named for their red brush-like flowers, are relatives of the eucalyptus. The kangaroo paws (Anigozanthos) have fuzzy flowers that sit atop tall stalks. The mint bush (Prostanthera) has aromatic leaves and profuse masses of purple blossoms. Among the melaleucas represented is the chenille honey-myrtle, with snowy white flowers that bloom in early summer. Acacias range from trees to small shrubs. Most are festooned with fragrant yellow flowers in late winter.

Cycads - Four of the eleven genera of cycads are found in Australia, though only Macrozamia is grown in The Huntington's Australian Garden.

Eucalyptus (Myrtaceae) - Eucalypts are perhaps the plants most associated with Australia, with over 700 species found in virtually every habitat except rainforest and some desert regions. Eucalyptus are exclusively Australian except for a few species in New Guinea and the Philippines. The tallest flowering plant in the world is E. regnans, specimens of which have been recorded at over 300 feet tall.

Other Myrtaceae - Perhaps the most important family in the Australian flora, the largely tropical Myrtaceae has undergone its greatest diversification in Australia, with 1300 of 3500 species and 75 of 150 genera found only there. Familiar genera include: Callistemon (bottlebrushes), Melalaeuca (paperbarks, honey-myrtles), Leptospermum (tea-trees), Calothamnus (one-sided bottlebrushes), and Chamelaucium (waxflowers).

Acacia - Acacia are second in importance only to the eucalypts, though with 955 species (of 1100 worldwide) more numerous both in species and individuals, covering even more of the continent than eucalypts. Many have phyllodes (expanded, flattened leaf stalks) that serve as leaves; others have bipinnate ferny leaves.

Proteaceae - Though more often associated with South Africa, Western Australia is the center of radiation and diversification for this primarily Southern Hemisphere family. The largest genus is Grevillea, of which 338 of the 343 species occur only in Australia. Other Australian genera cultivated here include Banksia, Dryandra, and Hakea.

Kangaroo paws - The 12 species of the monocot genus Anigozanthos are found only in southwestern Australia. A. flavidus is the most commonly cultivated and blooms in summer. Numerous hybrids have been developed in recent years to provide resistance to the "ink-spot disease" caused by the common airborne fungus Alternaria alternata and introduced into the plants by wounds from snail and slug rasping.