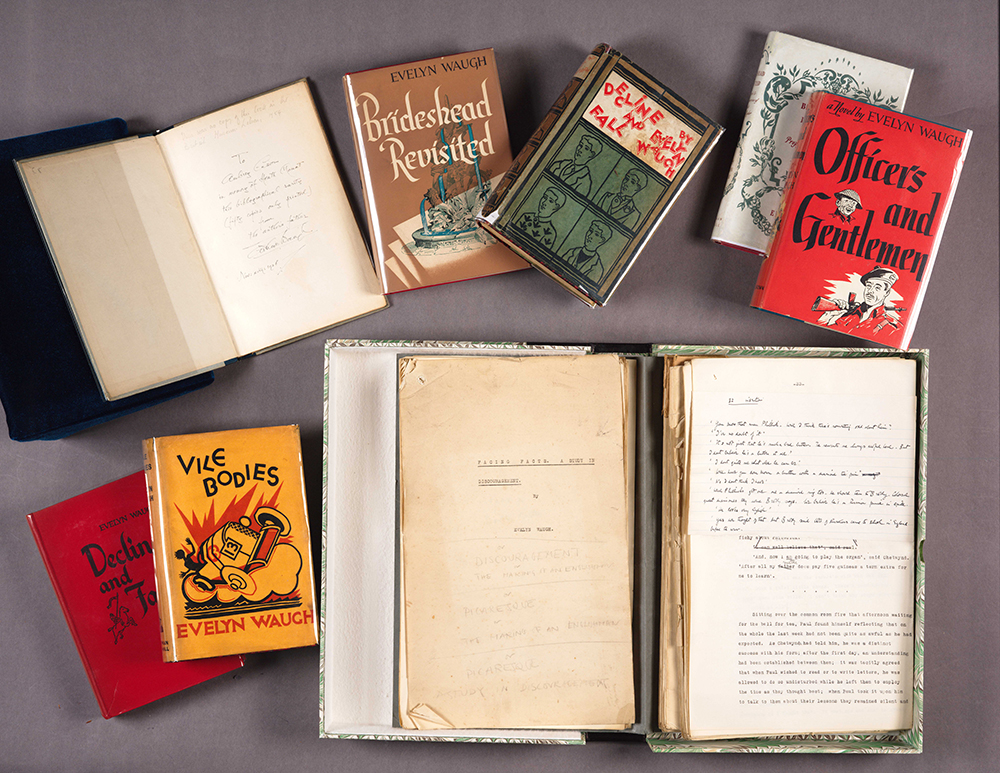 In December 2013, The Huntington acquired an extensive collection of rare books and manuscripts by Evelyn Waugh (1903–1966), considered one of the greatest English prose satirists of the 20th century. The collection establishes The Huntington as one of the premier centers of Waugh studies. The trove—with some 250 rare books and reference books and 135 letters and manuscripts—is a gift of Loren and Frances Rothschild.

Waugh’s early novels include Decline and Fall (1928), Vile Bodies (1930), Black Mischief (1932), A Handful of Dust (1934), and Scoop (1938). He may be best known for his non-satiric 1945 novel Brideshead Revisited, which Waugh described as “nothing less than an attempt to trace the workings of the divine purpose in a pagan world, in the lives of an English Catholic family, half-paganized themselves, in the world of 1923–39.”