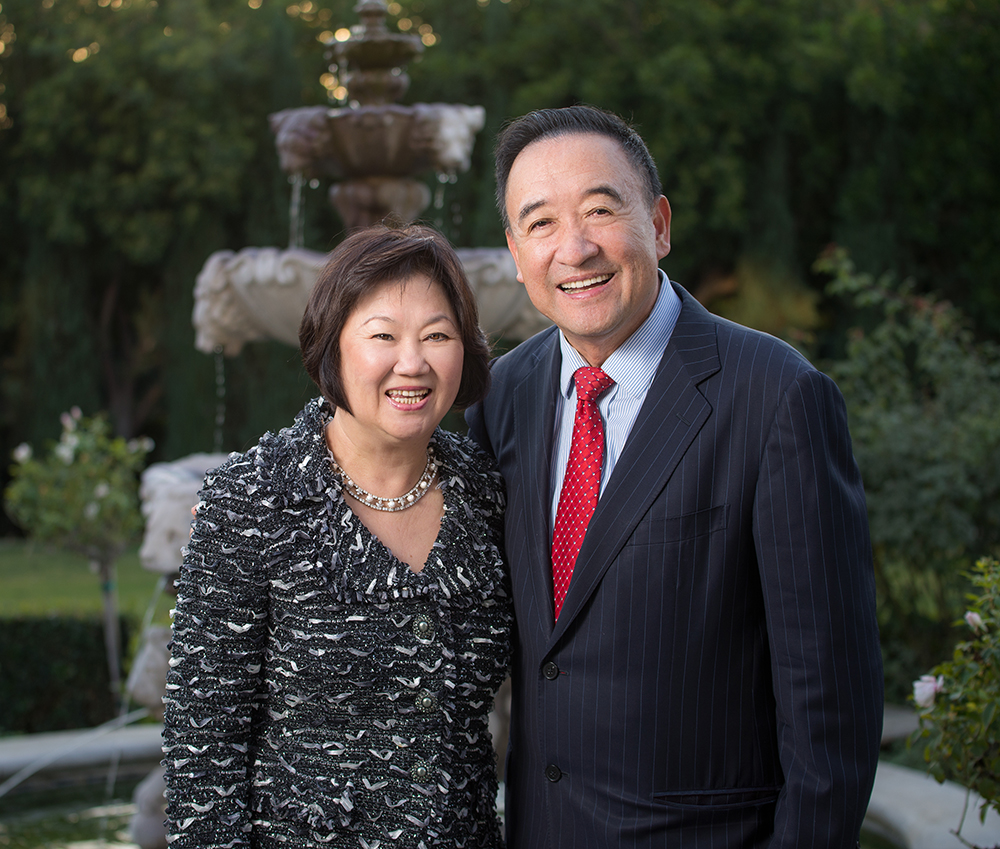 Ushering in the Year of the Rooster, a group of major gifts to The Huntington’s Chinese Garden bring it closer to full funding for the second and final phase of construction. New gifts totaling $8.5 million come from June and Simon Li, Joy and Matthew Lin, and Judy Yin Shih and Joel Axelrod. Another gift to finalize the funding of the second phase is expected in early 2017, after which construction will get under way with an eye toward completion by fall 2018. These gifts bring the total amount raised for the second phase to $24 million, which includes features completed in 2014.

Joy and Matthew Lin, longtime residents of San Marino, provided a gift of $3 million for the Flowery Brush Studio, a complex of two buildings for the display of Chinese art. The Studio, to be built along the north flank of the garden, will feature a permanent collection of scholar’s rocks, calligraphy, and furniture; an adjacent building will allow The Huntington to display special exhibitions of contemporary works. Matthew Lin was the first Chinese American mayor of San Marino, serving as mayor and a member of the City Council from 2001-09.