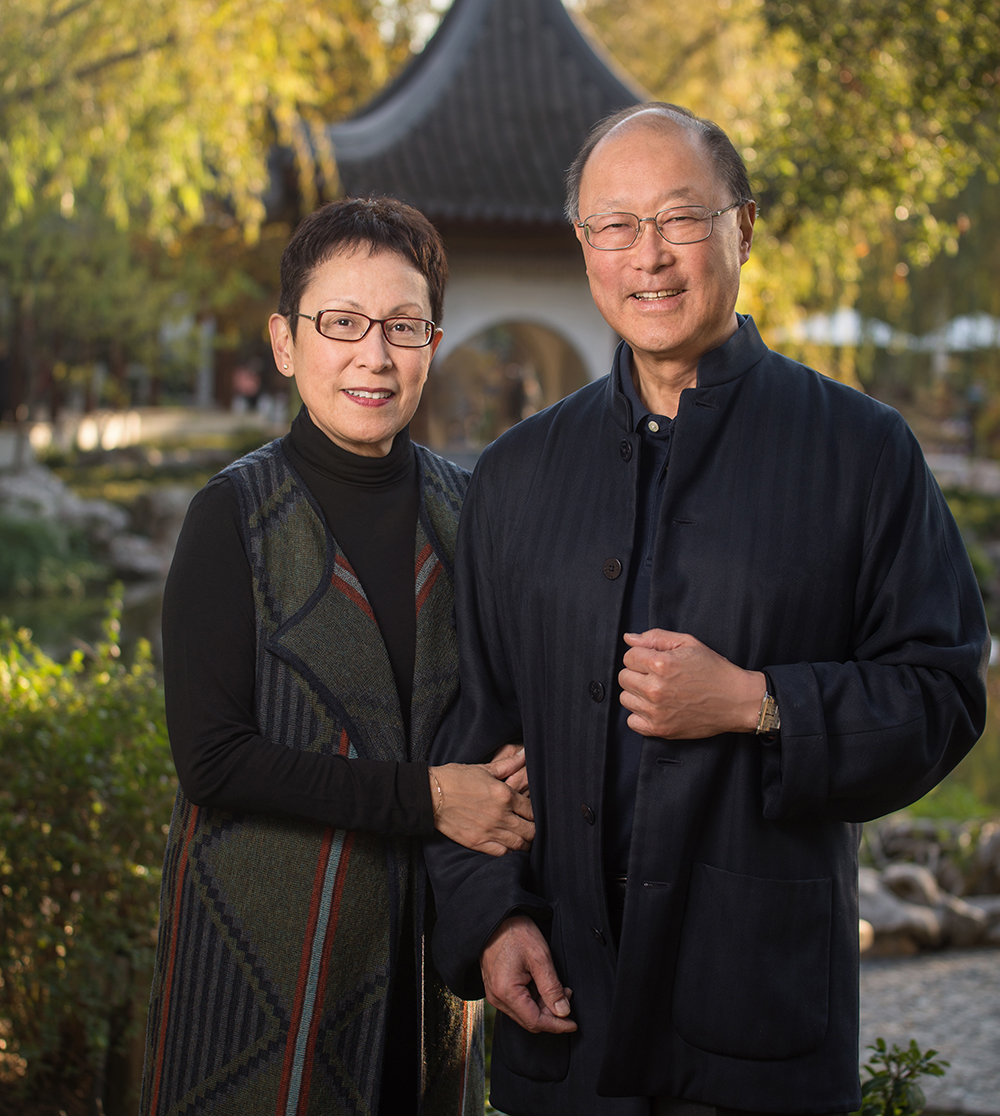 Ushering in the Year of the Rooster, a group of major gifts to The Huntington’s Chinese Garden bring it closer to full funding for the second and final phase of construction. New gifts totaling $8.5 million come from June and Simon Li, Joy and Matthew Lin, and Judy Yin Shih and Joel Axelrod. Another gift to finalize the funding of the second phase is expected in early 2017, after which construction will get under way with an eye toward completion by fall 2018. These gifts bring the total amount raised for the second phase to $24 million, which includes features completed in 2014.

A $2 million gift from June and Simon Li of Pasadena will make possible the Star Gazing Tower, a new pavilion perched atop a ridge along the southwest side of the garden, looking north to the San Gabriel Mountains. June was the founding curator of the garden and is co-curator of the major exhibition “Gardens, Art, and Commerce in Chinese Woodblock Prints,” on view in the Boone Gallery through Jan. 9. Simon serves as a member of The Huntington’s Board of Overseers. The couple provided $3 million in 2014 to endow the East Asian Garden Studies Center and the Chinese Garden curator position.

Photo above: June and Simon Li. Photo by Jamie Pham.