Overview: Out of Many, One?

Studying history is one way for all kinds of people to feel a part of something together. It is a way of discussing and having conversations with other people despite our differences. Sometimes those stories become important ways to show we belong or that we believe in the same values or ideals.

A nation is often defined by its borders, but that doesn’t always mean that all of the people inside have the same beliefs and values, especially at the time of a nation’s founding. The United States is made up of people from many different backgrounds. Diverse viewpoints are constructed by people who all have different accounts of the past, which is shaped by their perspectives, ideas, beliefs, attitudes, and lived experiences. Over time those accounts can become stories and myths that we tell each other about what happened, and those stories shape our identities as a nation.

Sometimes those stories from the past are not historically accurate because our memories don’t quite hold on that long. We build collective memories of our history to pass on to future generations and make the stories fit who we think we are or who we want to be. Often we use objects, songs, stories, art, and rituals to help fill in the gaps or to keep myths going. In turn, our collective memories and various accounts of historic events can change what we think happened. 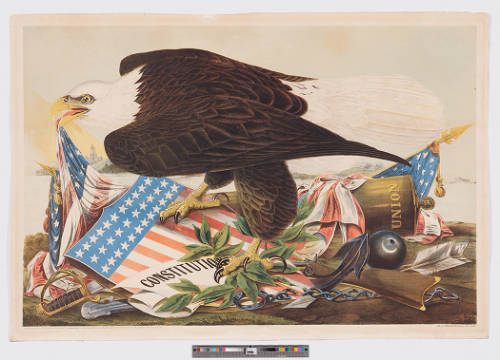 Americans seem to value creative expression, pioneering attitudes, and striving to be our authentic selves. But we are also not immune to the judgement of others and the human need for connection. We live in a nation made of many communities, so we all struggle with the tension between expressing individuality and fitting into groups. We each make decisions about how much of our true selves we are willing to compromise to be a part of the herd. Being a part of a nation naturally requires some sacrifice of individual freedom, but how much is too much?

The objects and activities in this unit will help you and your students explore the tension between being an individual and being part of a group or nation. Investigating each object’s origins, use, and symbolic meaning, will give you new insight into what it means to be an individual in America today and centuries ago.

Essential Questions That Frame This Unit 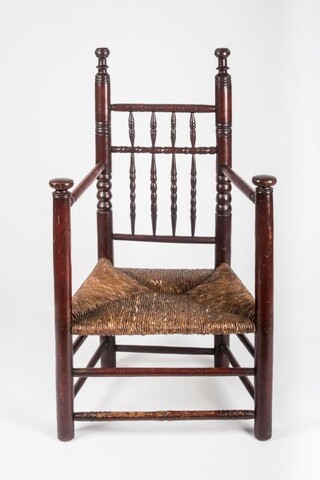 A carved chair made in 1690 named after John Carver, a Mayflower passenger and early governor of Plymouth Colony. 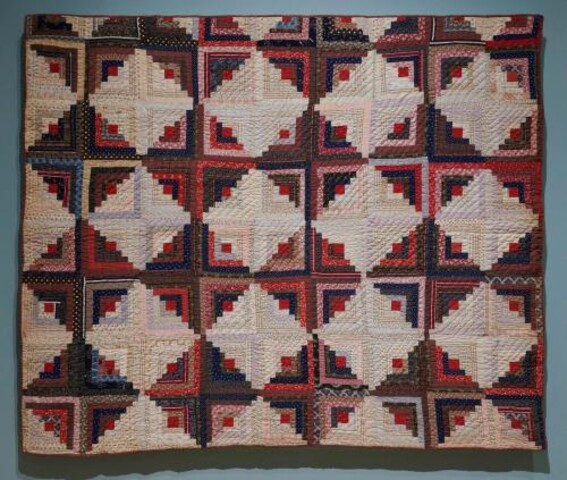 A Log Cabin pattern quilt made by an unrecorded artist in the late nineteenth century. 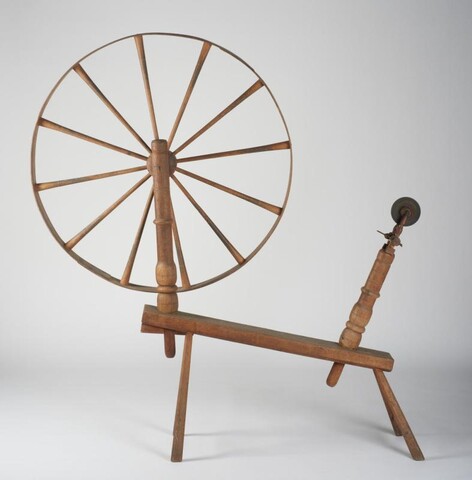 A "great wheel" for spinning wool into thread. 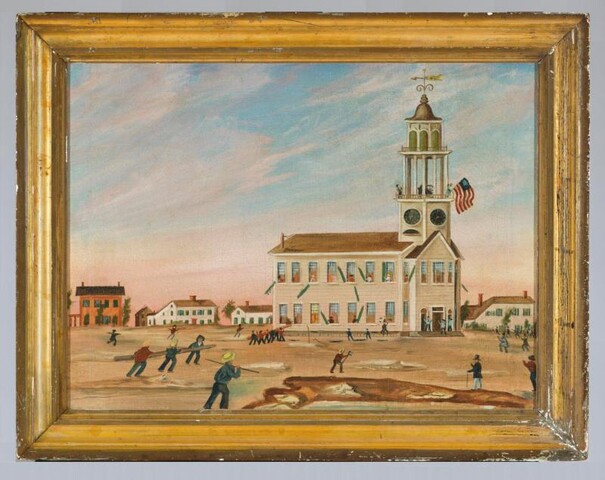 Object Story: Before the Burning of Old South Church in Bath, Maine 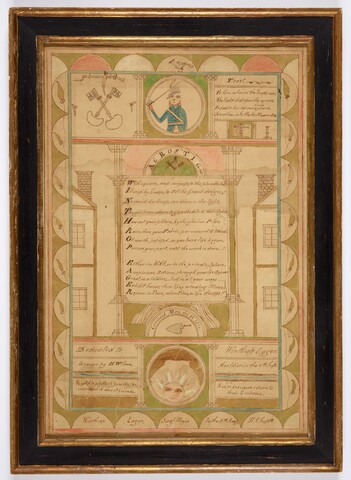 This "portrait" of Major Winthrop Eager documents his membership in the secret order of Freemasons. 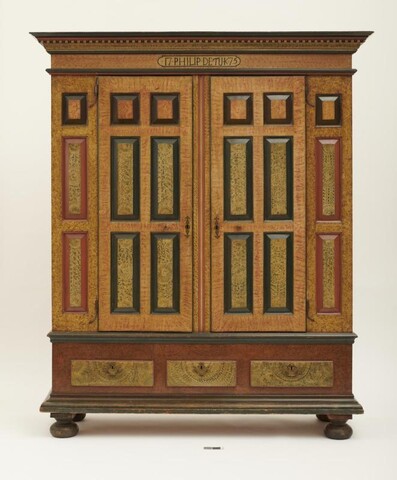 This wardrobe holds important clues about the identity of an early Pennsylvania family. 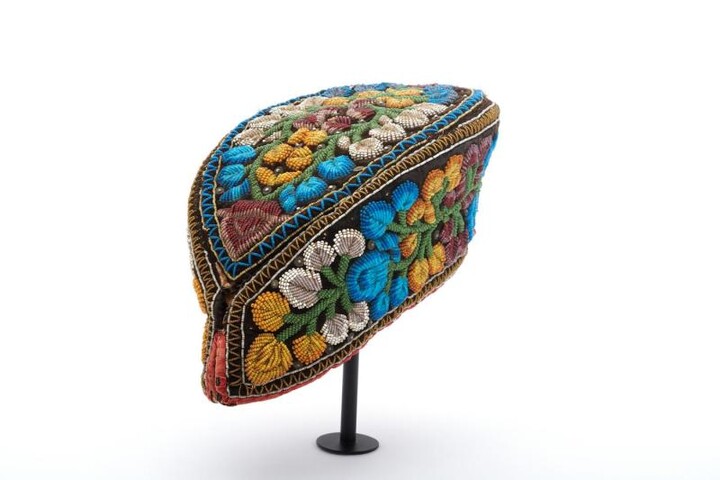 This hat was created by a Haudenosaunee craftsperson in the mid-nineteenth century. 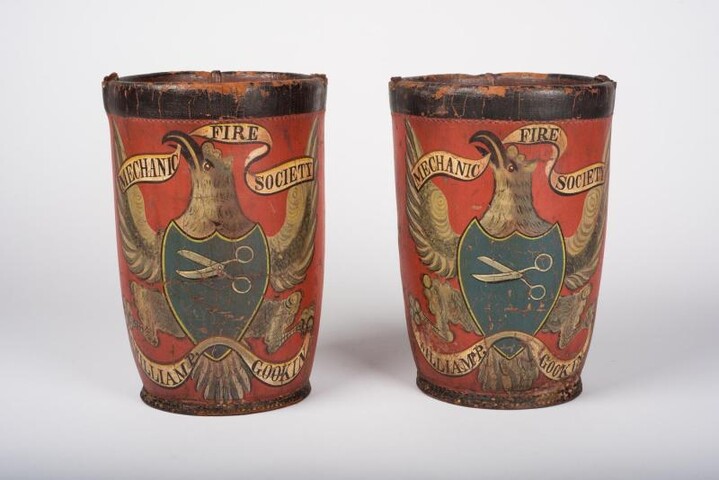 These buckets were kept in the home of William Gookin, a tailor, and are decorated to show his family’s membership in the Mechanic Fire Society of Portsmouth, New Hampshire. 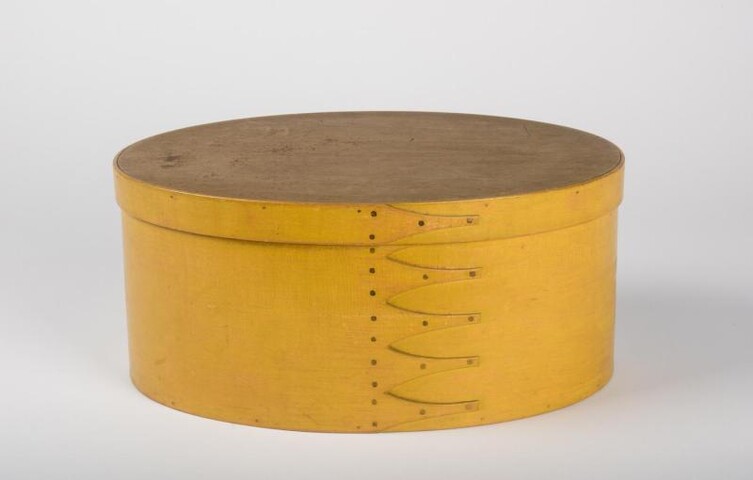 This large oval box was made at the Shaker community in New Lebanon, New York.