The Dark Side of the Eiffel Tower

Hollis Clayson, professor emerita of art history at Northwestern University, discusses the observation that sparked her project: how familiarity with the Tower impedes rather than fosters curiosity about its history, and contemporary identity.

The Tower's past includes a stint as the prime focus of French industry anxiety, service as the tallest symbol on earth of triumphant French colonialism, a proposed function as an instrument of brightly illuminated surveillance, and the experience of a ruthless stripping away of much of its original iron ornament in the early 20th century. Clayson will also discuss the unease instated by the present-day Tower when acknowledged to be an impertinent urban stalker; one that jars into view when least expected, disturbing plenty of other onlookers day and night. 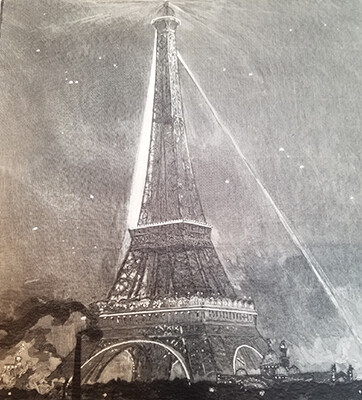