Uprising! The English Rebellions of 1549

In 1549, the common people of England rose in rebellion against their traditional governors, the gentry, and nobility. The reasons for their rebellion were varied—economic complaints about the loss of common land and the high price of food, resentment at the Protestant Reformation, concern about the legitimacy of the government. The rebellions ended in dreadful bloodshed.

Andy Wood, professor at Durham University and the Fletcher Jones Foundation Distinguished Fellow, focuses in particular on the rebellions in East Anglia, known as Kett’s Rebellion, after the leader of the Norfolk insurrection. He also discusses the cruel aftermath of the rebellions and with the ways in which they were remembered. 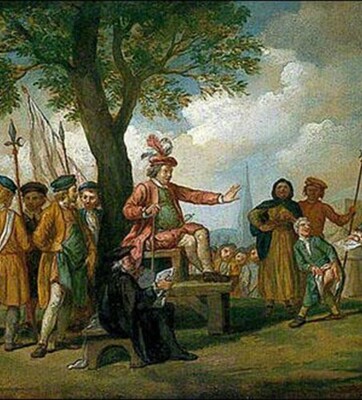