Alex Israel at The Huntington

Deeply entwined with his home town, Israel's art explores the iconography of L.A. and Hollywood, and the cult of celebrity. It posits L.A. as central to an understanding of American culture and the American dream. 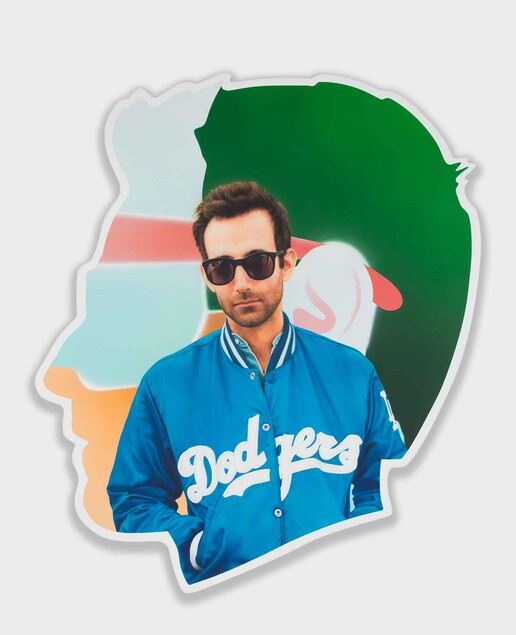 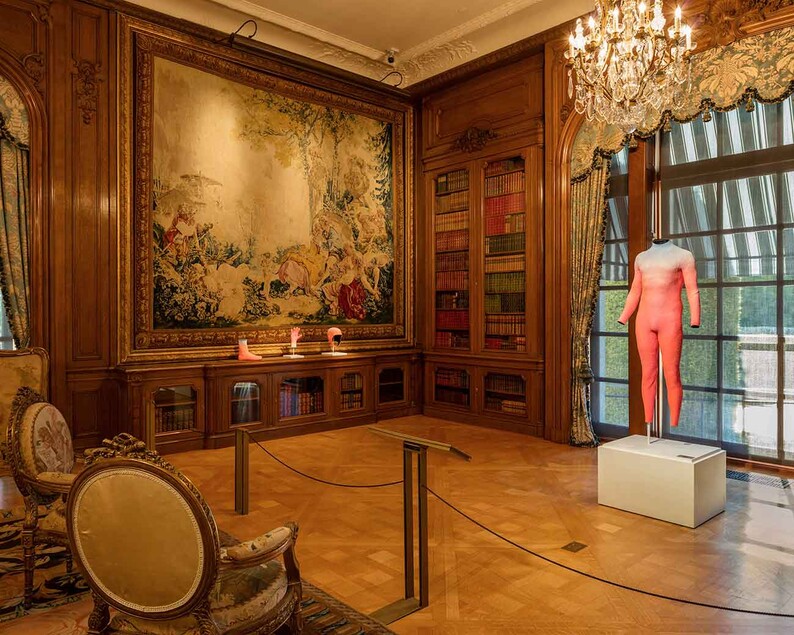 Alex Israel's Self-Portrait (Wetsuit), 2015, among 18th-century French tapestries in the Large Library. Photo by Fredrik Nilsen, courtesy of The Huntington. 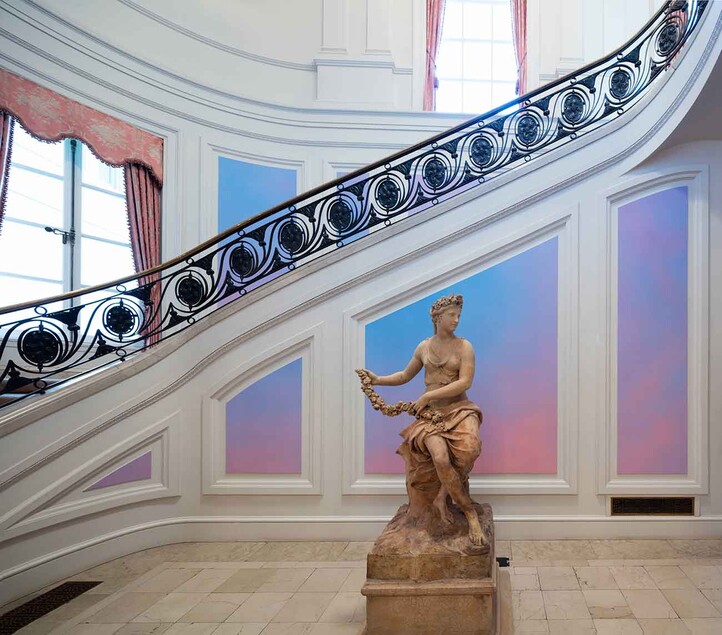 Installation of Alex Israel's Sky Backdrop Mural, 2015, in the main hallway of the Huntington Art Gallery. Photo by Fredrik Nilsen, courtesy of The Huntington. 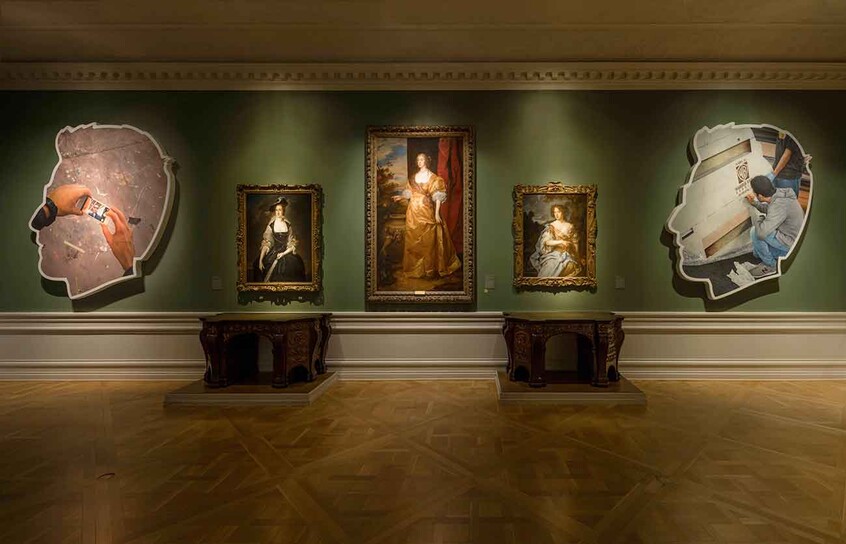 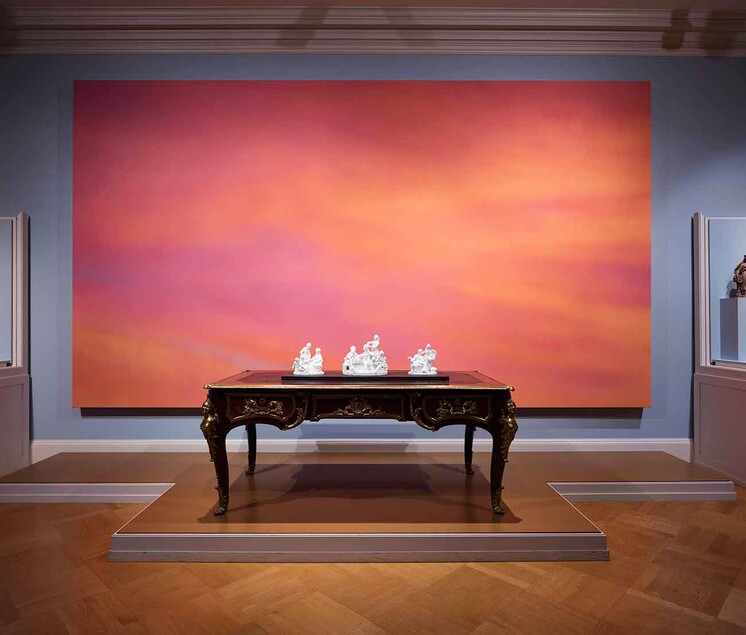 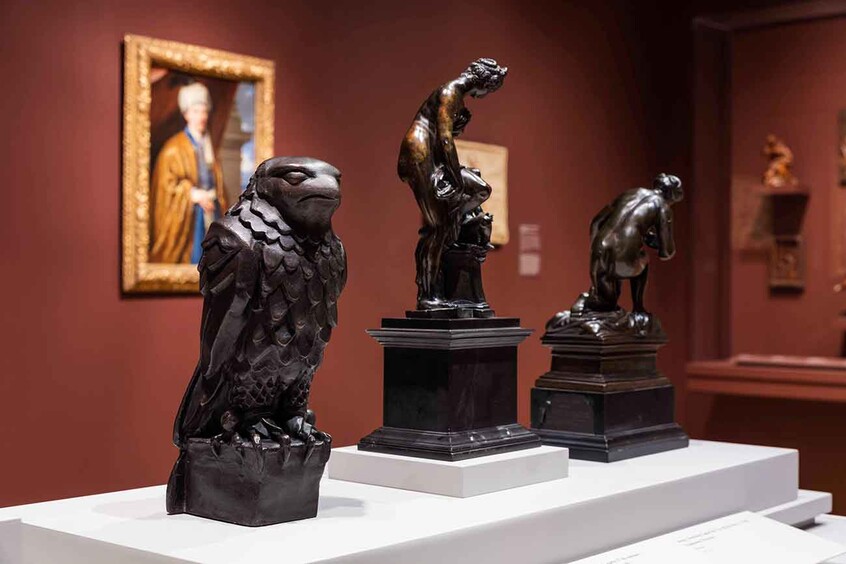 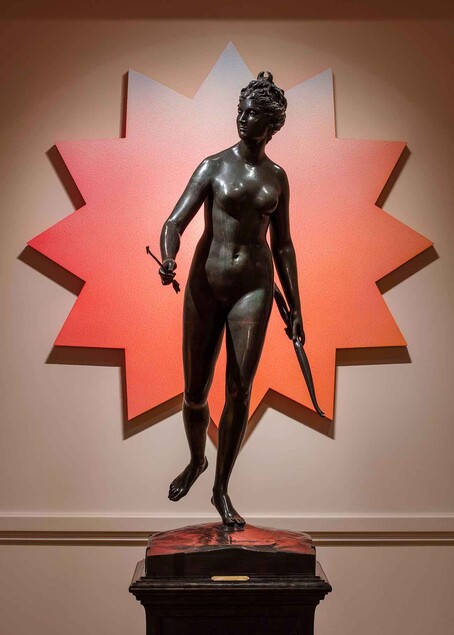 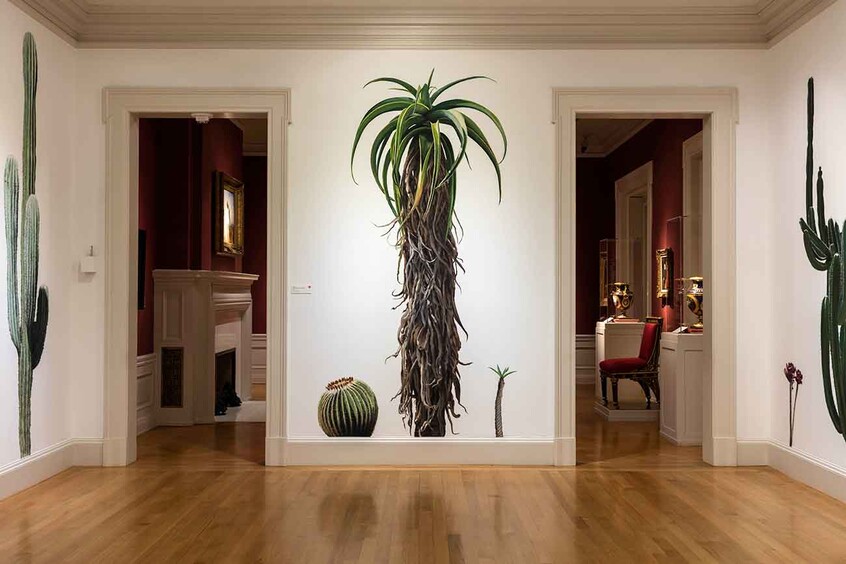 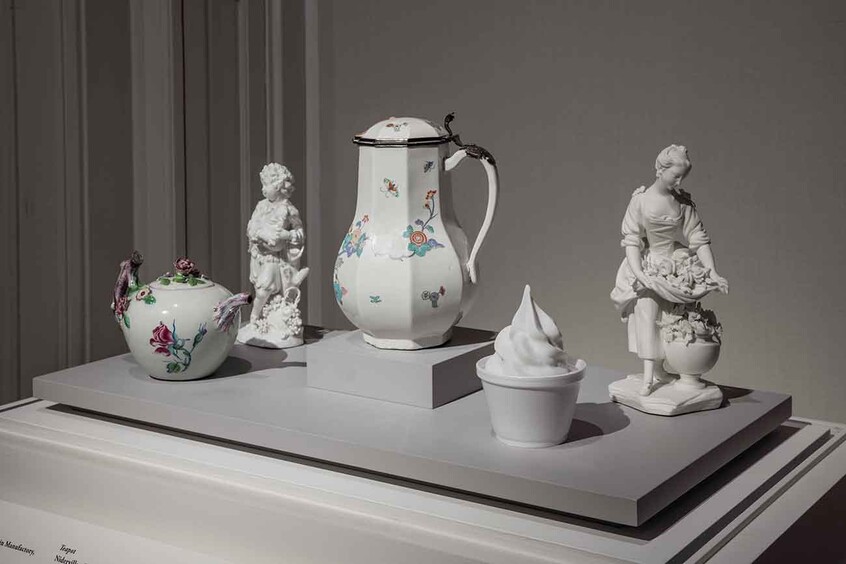 Alex Israel's The Bigg Chill, 2013, among a selection of 18th-century French faience pieces. Photo by Fredrik Nilsen, courtesy of The Huntington.

Alex Israel lives and works in Los Angeles, where he was born in 1982. Deeply entwined with his home town, Israel’s art explores the iconography of L.A. and Hollywood, and the cult of celebrity. It posits L.A. as central to an understanding of American culture and the American dream. The exhibition ”Alex Israel at The Huntington” places 16 of Israel’s paintings and sculptures, as well as two site-specific murals, among the works in the historic Huntington Art Gallery, which once served as the residence of Gilded Age collectors Henry and Arabella Huntington and, since 1928, as the gallery for a celebrated European art collection. Intended to spark a dialogue between the new and the old, this intervention of Israel’s work within the Gallery creates a discourse on place and identity, two things fundamental to understanding Henry Huntington’s own love of Southern California, a region whose identity he helped to forge.

The works in “Alex Israel at The Huntington,” all dated between 2012 and 2015, will be seeded throughout the Gallery’s two stories. Examples of the intervention include the artist’s most recent sculpture, the ghostly, life-sized Self-Portrait (Wetsuit) (painted aluminum) installed in the large library, and (crystal mounted on black glass base), an homage to a significant prop in the 1983 Tom Cruise film, placed on the mantel of the Huntingtons’ stately dining room in dialogue with the room’s elaborate18th-century crystal chandelier.

The Gallery’s grand double staircase framing views of formal gardens will become the location for a site-specific scenic-painting intervention, transforming the central interior wall of the mansion into a sort of enormous, fragmented sky.

Just outside the Thornton Portrait Gallery (where The Blue Boy hangs) will be three grand-manner-sized Israel self-portraits (acrylic and bondo on fiberglass), one depicting the artist in a blue satin L.A. Dodgers’ starter jacket reminiscent of Blue Boy’s iconic suit. Israel’s portraits are intended to complement—and comment on—the grand gallery, which is filled with 17th- and 18th-century portraits of famous figures of the British noble class as well that of Sarah Siddons, the great actress and celebrity of 18th-century London.

Upstairs, Israel’s monumental painting Sky Backdrop will be installed among 18th-century Beauvais tapestries; and the permanent installation of Renaissance bronze sculptures will make room for Israel’s Maltese Falcon (cast bronze with black patina), while a room hung with works of art related to the Grand Tour will include Desperado—an acrylic-on-bronze, souvenir-like sculpture depicting a vintage convertible in a desert setting.

One of the most dramatic installations will feature The Huntington’s masterpiece of the French Enlightenment, Jean-Antoine Houdon’s life-size bronze Diana, behind which Israel’s Untitled (Flat)—a starburst-shaped work, constructed like a set-piece, coated in stucco, and painted in hues of gold, pink, and orange—will hang. Opposite Diana, one of Israel’s brilliantly-colored monumental sunglass lens sculptures will be installed, “slyly referencing the goddess of the hunt,” according to Salatino.

Finally, an entire upstairs gallery will be devoted to a site-specific mural of plants from The Huntington’s botanical gardens.

“Most everyone who comes to the Huntington Art Gallery is instantly struck by the richness of the collection and the magnificence of the setting,” said Catherine Hess, chief curator of European art at The Huntington and co-curator with Salatino of the exhibition. “But it is our job to bring all this alive in creative ways and, from time to time, to offer new ways of looking at these great works. Placing Alex’s art among The Huntington’s European collections will turn a visit to our familiar rooms into a treasure hunt of surprises.”

This exhibition was organized by the Huntington Library, Art Collections, and Botanical Gardens.