Few things provide a clearer picture of an ancient civilization than the study of its material culture: the objects a society created, used, and valued. For certain scholars of Chinese culture, the broad sweep of history can be found reflected in a particularly beautiful art form: exquisitely crafted mirrors made of bronze. 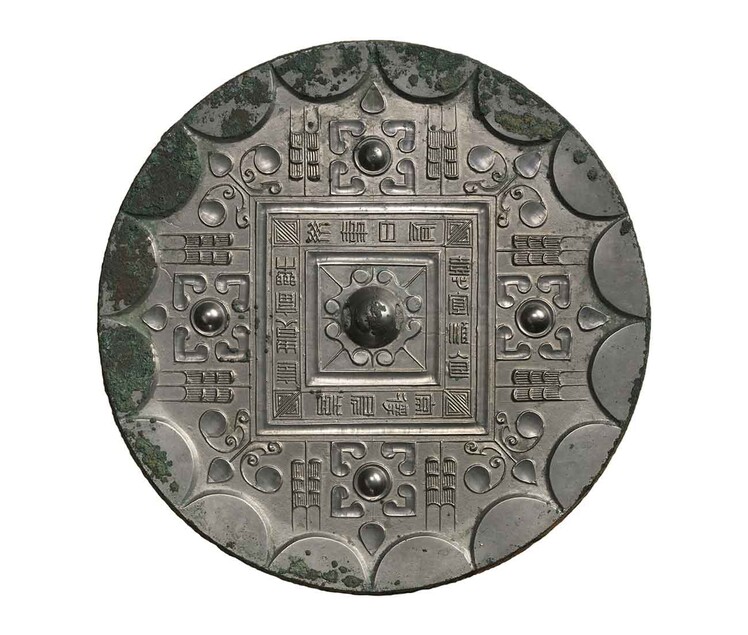 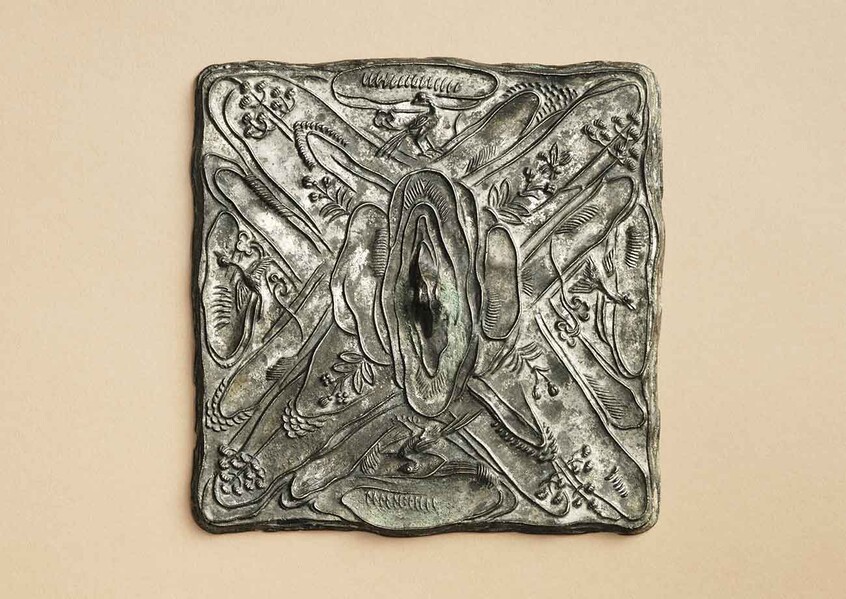 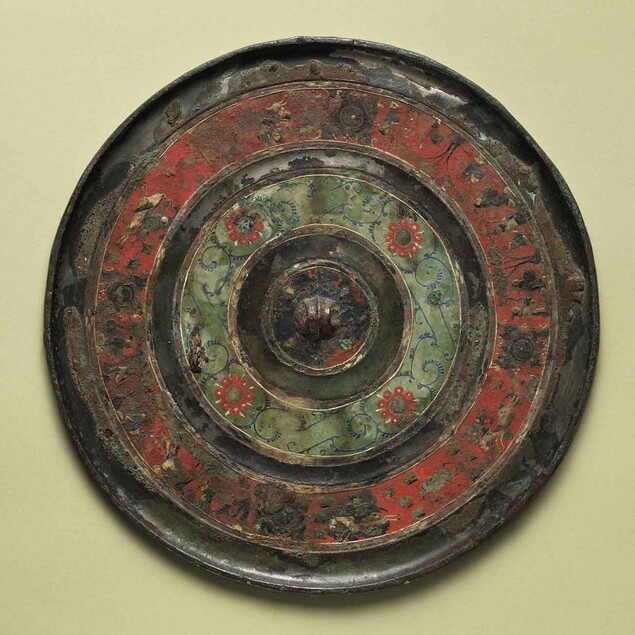 Reflections of an Ancient Culture

Few things provide a clearer picture of an ancient civilization than the study of its material culture: the objects a society created, used, and valued. For certain scholars of Chinese culture, the broad sweep of history can be found reflected in a particularly beautiful art form: exquisitely crafted mirrors made of bronze.

An important collection of ancient Chinese bronze mirrors spanning 3,000 years will make its first public appearance this fall in an exhibition at The Huntington. “Ancient Chinese Bronze Mirrors from the Lloyd Cotsen Collection” opens Nov. 12 in the Chandler Wing of the Virginia Steele Scott Galleries and continues through May 14, 2012.

On mirrors as well as textiles, written characters were incorporated directly into the design. These inscriptions were often auspicious phrases, bearing good wishes for the owners. The earliest inscribed mirror in the Cotsen collection is from the Western Han dynasty (206 B.C.E.–8 C.E.). Within a design that embodies the cosmic principles of space, time, heaven, and earth, the inscription reads:

Cotsen, a Los Angeles businessman, philanthropist, art collector, and member of The Huntington’s Board of Overseers, purchased his first Chinese bronze mirrors in Hong Kong in the early 1950s. Today his collection contains thousands of pieces, including substantial assemblages of textiles, basketry, and folk art.

“From the earliest periods of China’s history, bronze mirrors have played a significant role in reflecting, both literally and symbolically, the face of the Chinese people,” says June Li, curator of the Chinese garden and organizer of the exhibition. In the exquisitely wrought designs and inscriptions that decorate the backs of these mirrors, centuries of craftsmanship, aesthetic taste, dynastic change, philosophy, and consumer culture are revealed.

As early as 2000 B.C., bronze technology was highly developed in China, and objects made from this alloy of copper, tin, and lead were considered luxury items, reserved for the aristocratic class. Among these coveted pieces were small bronze mirrors. Usually cast from clay molds, they were highly polished on one side, offering a reflective surface, while the other side was decorated with intricate patterns and designs that reveal an astonishing level of skill and artistry in their craftsmanship. Birds, dragons, and serpents were common motifs in the earliest mirrors. Later, more sophisticated and intricate designs included mythological figures, deities, animals of the Chinese zodiac, abstract patterns, background textures, inscriptions, enamelwork, and inlays of jade, turquoise, and mother-of-pearl.

As the Silk Road opened up trade routes to and from India, Persia, and Egypt, new aesthetic elements borrowed from the West began to appear in Chinese design. Twisting grapevines, floral motifs, and intricate silver fretwork overlaid on bronze added exotic allure to these symbols of wealth and status.

Silk fabrics of related periods echoed many of the designs and patterns seen in Chinese mirrors. Selected textile fragments from the Lloyd Cotsen Collection will provide additional context for the bronzes, adding to the viewer’s appreciation of these exquisite artifacts of daily life in early China.

The exhibition is accompanied by The Lloyd Cotsen Study Collection of Chinese Bronze Mirrors, a publication in two volumes edited by Lothar von Falkenhausen, scholar of art history and the archaeology of China at University of California, Los Angeles. Volume 1 (2009) is a fully illustrated catalog of the collection by Suzanne Cahill; Volume 2 (2011) contains essays by several noted historians. Both volumes are published by Cotsen Occasional Press/UCLA Cotsen Institute of Archaeology Press. The hardcover set ($450) is available at The Huntington’s Bookstore & More, bookstore@huntington.org, 626-405-2142.

Lecture: Suzanne Cahill, “Charts of the Cosmos: Chinese Bronze Mirrors and Textiles of the Warring States through the Tang Periods”
Nov. 15 (Tuesday), 7:30 p.m.
Free. No reservations required. Friends Hall.
Suzanne Cahill, history professor at University of California, San Diego, will speak on two types of early Chinese material culture, bronze mirrors and silk textiles, drawing examples from the Cotsen collections. Cahill will read the designs on mirrors and textiles as templates that tell us what early Chinese elites believed was true and important, what they desired, and what they feared, and suggest that, over a long period of time, artisans producing works in two such apparently different media influenced each other’s designs.

Lecture: Lothar von Falkenhausen, “The Introduction of Mirrors into China, and their Subsequent Transformation”
Feb. 7, 2012 (Tuesday), 7:30 p.m.
Free. No reservations required. Friends Hall.
Lothar von Falkenhausen, scholar of art history and the archaeology of China at University of California, Los Angeles, will speak on the origin and geographic spread of Chinese bronze mirrors. During the first millennium of China’s great Bronze Age, mirrors were not frequently seen; but after about 400 BC, bronze mirrors quite suddenly became a tremendously important part of Chinese material culture, which they remained for many centuries. What changed? This lecture will explore the cultural transformations China underwent during the late first millennium BC and explain why mirrors rose to prominence.

Lecture: David Scott, “Chinese Bronze Mirrors: The Virtual and the Real"
Apr. 19, 2012 (Thursday), 7:30 p.m.
Free. No reservations required. Friends Hall.
David Scott, professor in the Department of Art History, University of California, Los Angeles, and chair of the UCLA/Getty Interdepartmental Program in Archaeological and Ethnographic Conservation, will explore authenticity issues surrounding ancient Chinese bronze mirrors. Using the Cotsen collection of mirrors as a point of departure, Scott will consider how these wonderful originals were cast, and how some of the later copies betray differences in patina, composition or technological details.