Junípero Serra and the Legacies of the California Missions

An international loan exhibition examines the life of the iconic priest and mission-era California. 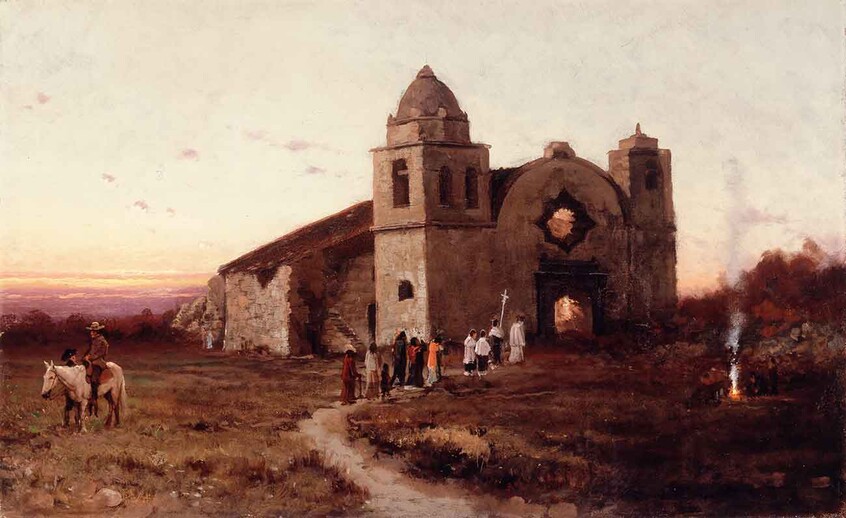 Every fourth-grader in California knows the name of Junípero Serra (1713–1784), the Franciscan priest who oversaw the establishment of the first nine missions in the state—missions that have been studied, and meticulously reproduced in miniature, by generations of school children. The Huntington goes beyond the textbook to paint a more complete and complex portrait of Serra and his missionary work among Indians in the comprehensive, international loan exhibition “Junípero Serra and the Legacies of the California Missions.”

Coinciding with the 300th anniversary of Serra’s birth, this unprecedented exhibition features about 250 objects from The Huntington’s collections and those of 61 lenders in the United States, Mexico, and Spain. Through a display of rare documents, maps, artifacts, and works of art, “Junípero Serra” provides a sweeping examination of Serra’s origins on the Spanish island of Mallorca, where he was born; his years as a missionary in Mexico; and his work to establish a system of missions along the California coastline, beginning with Mission San Diego in 1769. The exhibition also provides the backdrop against which the missions emerged, taking a closer look at the numerous groups of culturally diverse Indians that populated early California. And it examines the impact of Serra and the mission system on that native population, offering a wide variety of contemporary perspectives on his legacy.

“It’s a rich, complex, and multifaceted story, and one that has not been told before in an exhibition of this magnitude,” says co-curator Steven Hackel, associate professor of history at the University of California, Riverside. “We present a picture that is equally rich in its portrayal not only of Serra’s life but the meaning of the missions for a range of California Indians.”

Catherine Gudis, associate professor of California and public history at the University of California, River side, who co-curated the show with Hackel, points out that narratives by descendants of the missions defy the usual presumption that Native Americans hold a single view about the mission past. “The show represents a range of responses—including resistance and resilience—as the result of a period of painful disruption and devastating change,” she says.

“The mission period was a defining one in California’s history, and Serra is the most visible symbol of that period,” says Hackel. “But in taking this story all the way through, it is, in fact, a story of conflicting, blending, and overlapping cultures, of imperial expansion and human drama and loss, and then, finally, of the perseverance and survival of not only European institutions in California but of the California Indians who were the focus of Serra’s missions.”