This Side of Paradise: Body and Landscape in L.A. Photographs

This Side of Paradise: Body and Landscape in L.A. Photographs examines the dynamic relationship between the city and the art of photography from the 1860s to the present. 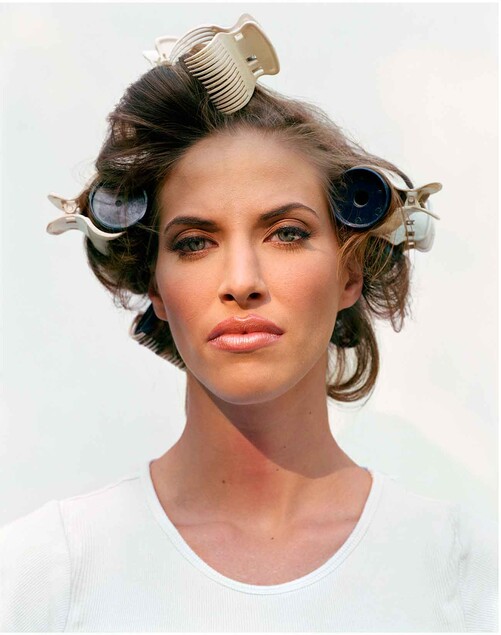 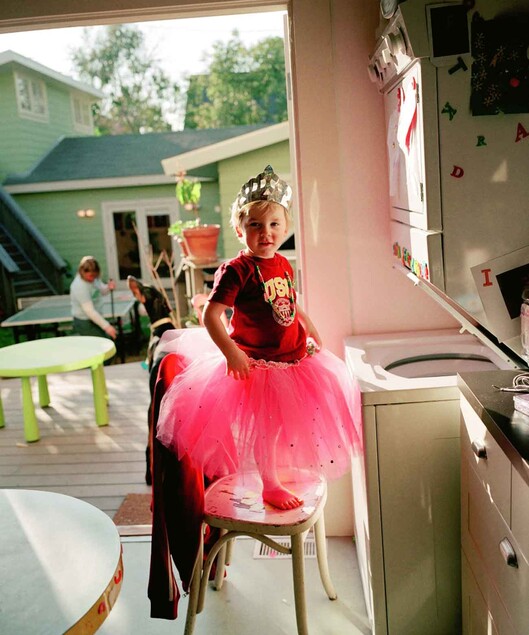 Contrary to popular belief, Los Angeles does not defy description so much as provoke it. Literary representations of an “earthly paradise,” a “city of dreadful joy” and, more recently, a “city of quartz” are among the best known in a seemingly endless stream of identifiers. Over the past 150 years, potent relationships between glamour and catastrophe, sunshine and noir, have fascinated photographers trying to explain an elusive Los Angeles.

Many photographers have created images that draw on the city’s unique spatial configurations, distinctive light, and Mediterranean pretentions. Others have documented the region’s unabashed celebration of physical culture, health, fitness, and Hollywood’s allure. All helped create a unique sense of place in Los Angeles and in turn helped shape the city itself.

This Side of Paradise: Body and Landscape in L.A. Photographs examines the dynamic relationship between the city and the art of photography from the 1860s to the present. Divided into seven thematic sections - Garden, Move, Work, Play, Dwell, Clash, and Dream - the exhibition explores photographs of the city through the dual lenses of landscape and the human body, as well as the provocative visual interplay between the two.

When photography reached the United States soon after its 1839 invention, Los Angeles was a tiny pueblo that hardly invited photographic curiosity. With California’s entry into the Union in 1850, and the arrival of the first transcontinental railroad 26 years later, thousands rushed to seize the promised land that boosters invoked. The building boom of the 1880s, the parallel rise of the oil and motion-picture industries in the early 1900s, and the completion of the Los Angeles aqueduct in 1913 proved vital to the transformation from village to metropolis. At once raw and compelling, Los Angeles stirred the imagination unlike any other place in the United States.

Photographers answered the siren call, helping to frame the debate about just what kind of city Los Angeles was meant to be. Nineteenth-century luminaries such as Carleton Watkins and William Henry Jackson produced images alongside others, but all the pictures speak of a multifaceted place: a city wrenched from its Mexican past, wracked by racial and ethnic tensions, yet proud to consider itself emblematic of the nation’s stride into the 20th century.

The new century rendered the Los Angeles booster project at once more persuasive and glaringly trite. On the one hand, the city was, in the words of social critic Morrow Mayo, a commodity, “something to be advertised and sold to the people of the United States like automobiles, cigarettes, and mouth wash.” On the other, it was a real place, home to increasing multitudes who embraced an imagery created to persuade them of the region’s glorious future.

Only a few offered darker views of city building. The deadly bombing of the Los Angeles Times offices in 1910 provided a glimpse into the city’s violent labor history, beset by bitter strikes and a savage insistence on antiunion policies. Frequent racial antagonisms - exemplified by the Sleepy Lagoon murder case of 1942, the Zoot Suit riots of 1943, the forced relocation of Japanese Americans during World War II, and the violent uprisings of 1965 and 1992 - revealed deeply troubling currents beneath Los Angeles’s strident claims of harmony.

This Side of Paradise is drawn from The Huntington’s extensive photographic archives as well as other institutions, collectors, and artists. Henry E. Huntington believed strongly that Los Angeles was the “city of the future.” His convictions resulted in holdings unparalleled in their visual documentation of the explosive transition of greater Los Angeles from pastoral hub to thriving metropolis. Included in the exhibition are works that range from the earliest extant landscape image of Los Angeles, taken in 1862 by William M. Godfrey, to Pictorialist imagery of the 1910s and 1920s sponsored by the Automobile Club of Southern California’s magazine Touring Topics. Also on view are images, some printed for the very first time, from a number of The Huntington’s most important archives: the Southern California Edison archive, the Maynard L. Parker Architectural and Garden archive, the “Dick” Whittington Studio archive, and the Verner Panoramic Negative archive.

“This Side of Paradise: Body and Landscape in Los Angeles Photographs” is going on the road. The exhibition, organized by curator of photographs Jennifer A. Watts and independent curator Claudia Bohn- Spector, appeared to strong reviews in the West Hall and MaryLou and George Boone Galleries over the summer, closing in September 2008. Now, thanks to a generous grant from the Terra Foundation for American Art, the exhibition will travel to two European venues to bring this important exhibition to an international audience of art enthusiasts. The exhibition will appear at the prestigious Musée de l'Elysée photography museum in Lausanne, Switzerland from January 30 to April 19, 2009. From there, it will continue on to the Musée Nicéphore Niépce (the inventor of photography) in Chalon-sur-Saône, France from October 24, 2009 to January 31, 2010. “This is an exciting opportunity to showcase the Huntington’s strength in photography,” says Watts. “This is the first time our photography collections have traveled abroad, and it is gratifying that the Terra Foundation - and the European venues - found the exhibition’s imagery and conceptual framework so enticing. I am thrilled that the show will continue to have a life beyond the walls of the Huntington.” Showcasing 150 years of photographic representation of Los Angeles in approximately 280 works from the Huntington’s collections as well as other important lenders, the exhibit uses landscape and the human body as key themes through which both the city and its photographic self-image have been projected. A lavish cataloged published by Merrell with essays by Watts, Bohn-Spector, and an introduction by Dr. Douglas Nickel, further explores the themes of the show.

A one-day symposium including artists, writers, curators, and academics will explore the exhibition’s themes of landscape, body, and regional artistic practice as they relate to the long history of Los Angeles photography.

EDIT NINE
An Outdoor Installation by Allan Sekula
In conjunction with This Side of Paradise, Allan Sekula has created Edit Nine for The Huntington. He describes it as a “prose poem in pictures,” a meditation on the last two decades of the life of Los Angeles. The provocative sequence of over 20 outdoor photographs is dedicated to the memory of writer and labor activist Louis Adamic, who emigrated from Slovenia to the United States during World War I and is perhaps best known for his autobiography Laughing in the Jungle (1932). The book is a scathing depiction of 1920s Los Angeles and its many excesses. Sekula’s artwork reveals its full meaning only gradually, as visitors wander the Huntington Gardens between the Library West Hall and the MaryLou and George Boone Gallery, the two sites of This Side of Paradise.

Allan Sekula
Since the early 1970s, theorist and artist Allan Sekula has created works incorporating photographic sequences, written texts, slide shows, and sound recordings. A number of his early pieces explored the aerospace industry, notably Aerospace Folktales (1973). Over the past decade, Sekula has produced films and photographic installations designed to interact with the outdoors - its architecture, streets, gardens, and parks. One recent example is the large-scale installation Shipwreck and Workers (2007), commissioned for Documenta 12 in Kassel, Germany.