A Strange and Fearful Interest: Death, Mourning, and Memory in the American Civil War

A Strange and Fearful Interest is drawn exclusively from The Huntington's collection of photographs related to the Civil War, offering an unprecedented opportunity to bring this rare and evocative material to light. 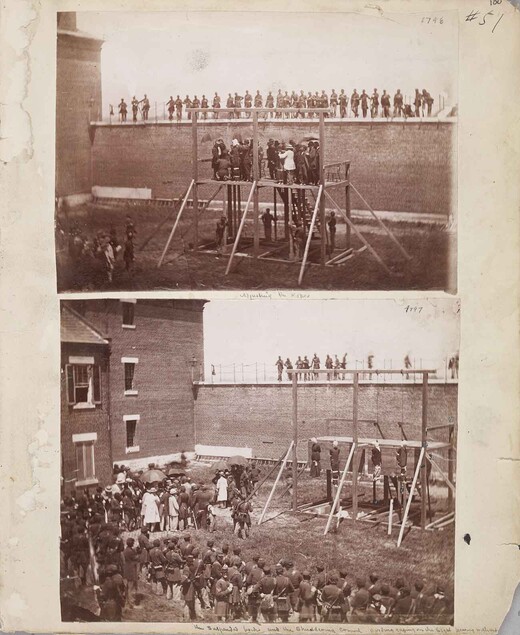 Named after a statement made by Oliver Wendell Holmes in 1863—“The field of photography is extending itself to embrace subjects of strange and sometimes of fearful interest”— the major exhibition “A Strange and Fearful Interest” will be the first drawn exclusively from The Huntington’s collection of photographs related to the Civil War, offering an unprecedented opportunity to bring this rare and evocative material to light. The institution’s deep archives relating to the period—begun when Henry E. Huntington purchased three of the “Big Five” collections of Abraham Lincoln materials early in the 20th century— supply the more than 150 works by famed war photographers Mathew Brady, George Barnard, Alexander Gardner, and Andrew J. Russell as well as an immense amount of lithographic and print material selected for the exhibition. The Civil War coincided with the rise of photographic and printing technologies that enabled the wide dissemination of imagery to a rapt audience. “A Strange and Fearful Interest” explores how images explained, reflected, and shaped a national fixation on death and mourning, focusing on key episodes to highlight larger cultural issues. These include the Battle of Antietam as the bloodiest and costliest military engagement of the war; the assassination of Abraham Lincoln and the hanging of the conspirators; and the establishment of Gettysburg National Monument and other battlefield sites as national attempts at reconciliation and healing.