"Visual Voyages" will introduce audiences to new understandings of Latin American nature from a range of cultural perspectives. 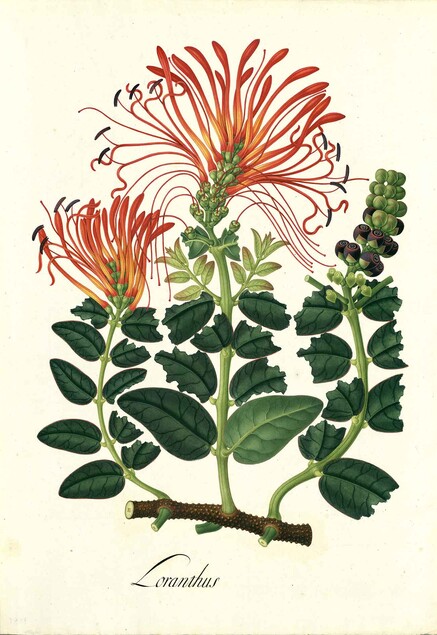 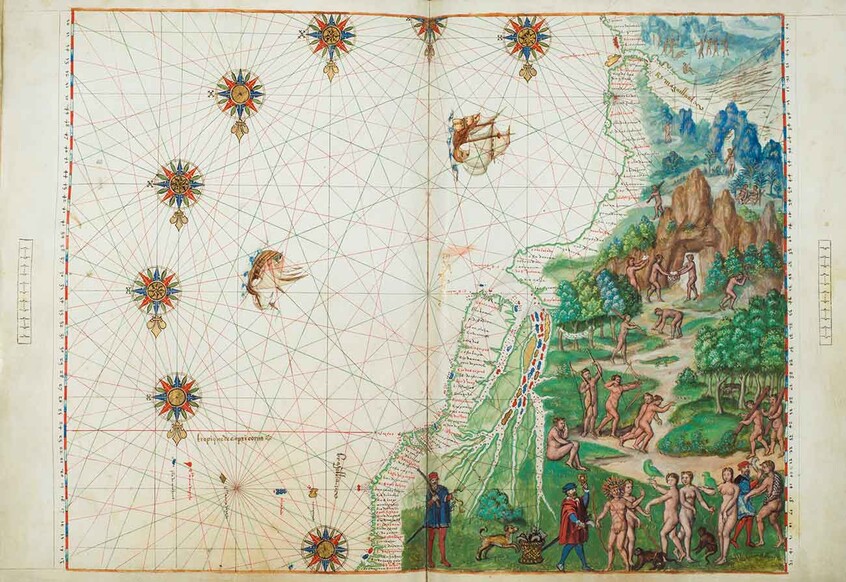 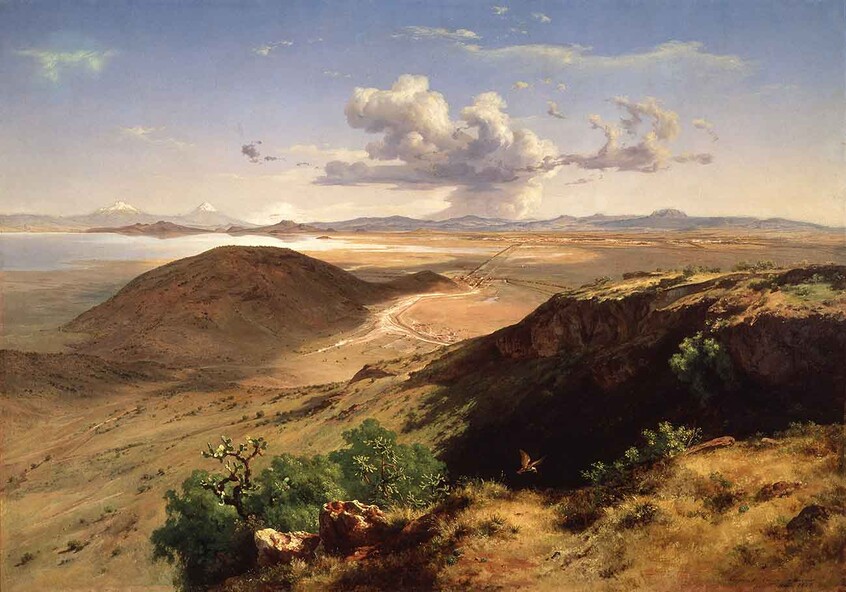 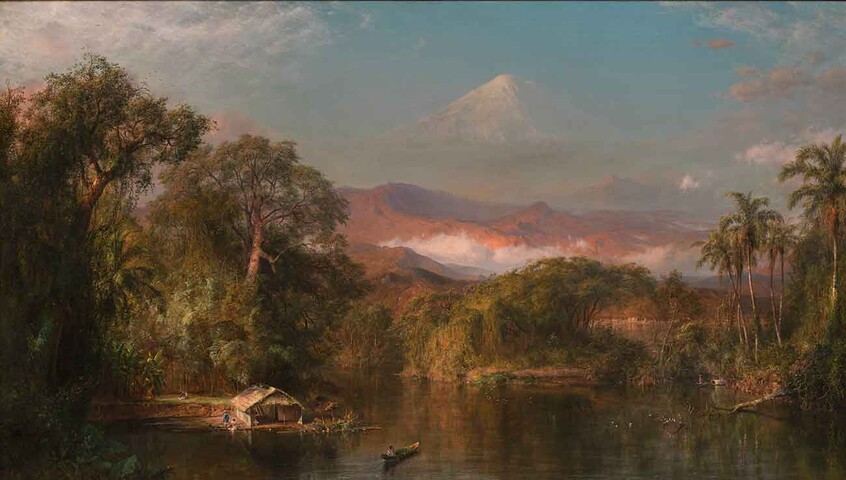 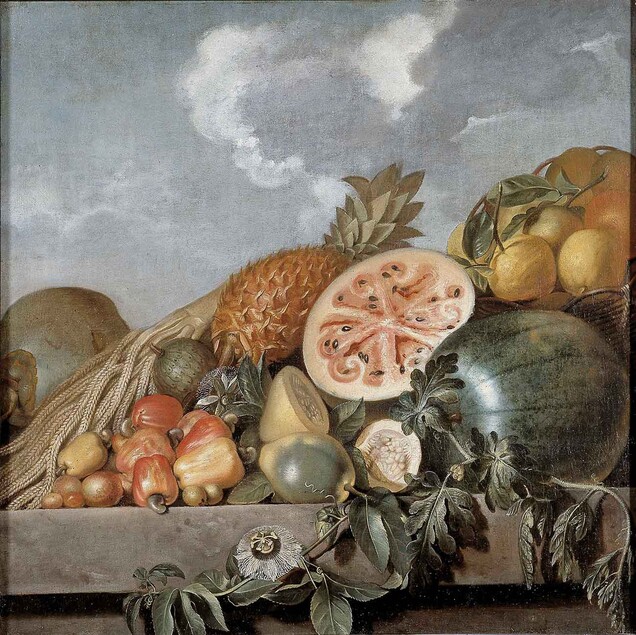 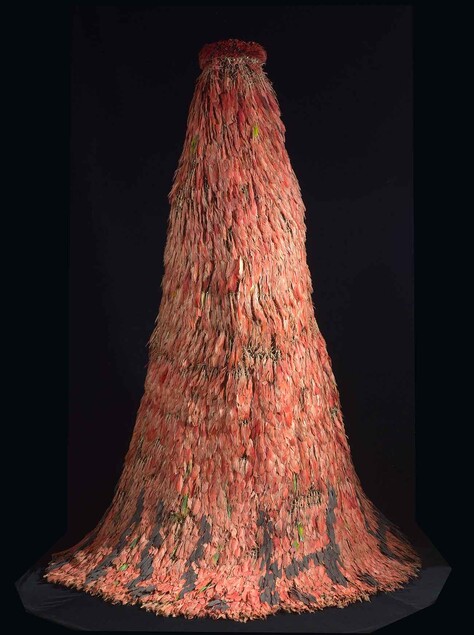 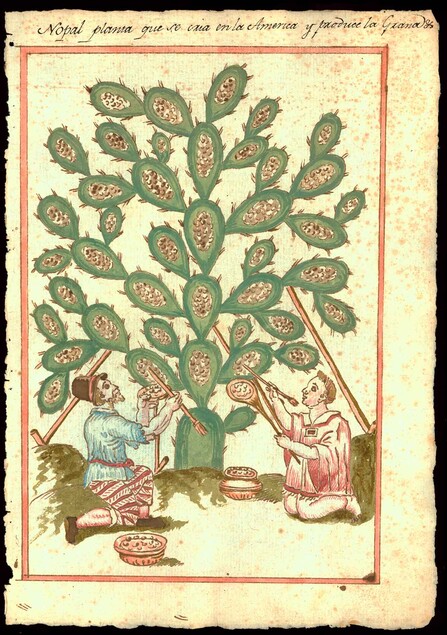 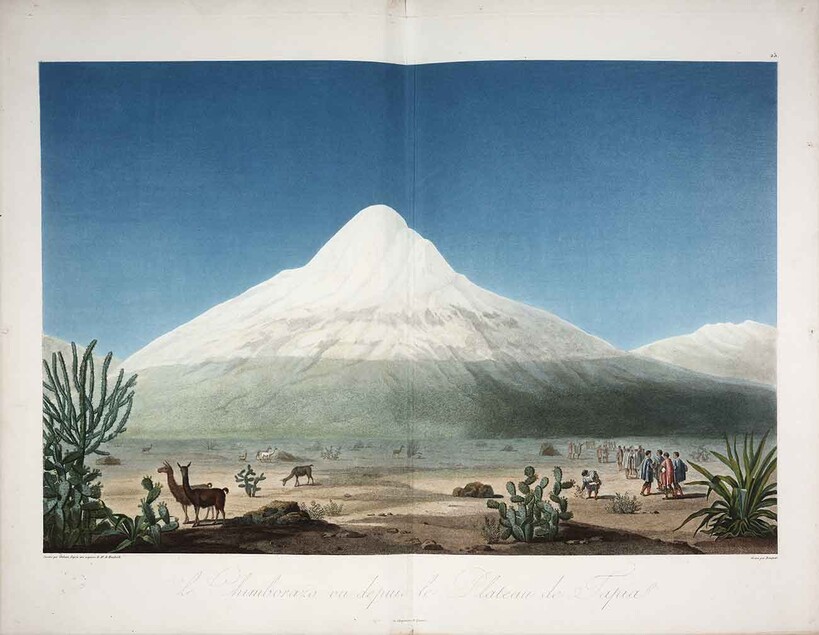 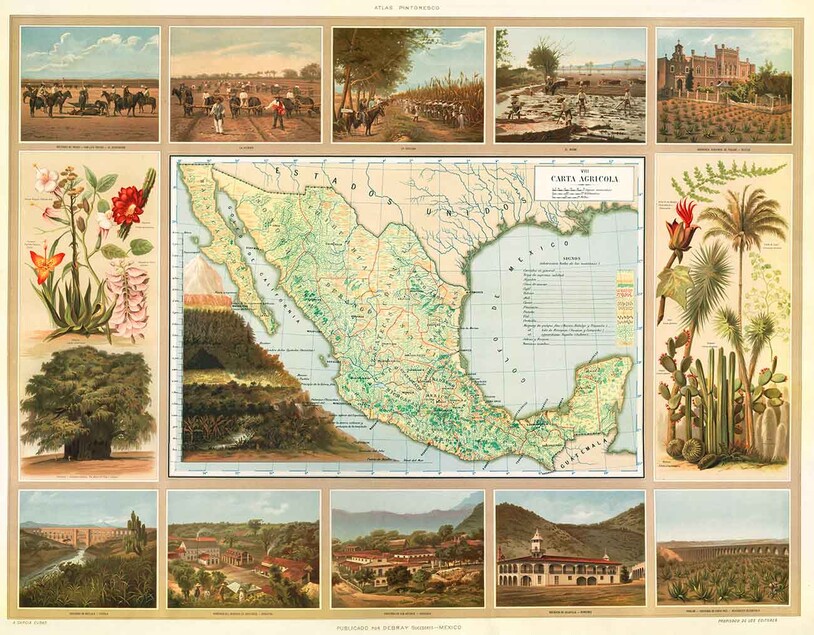 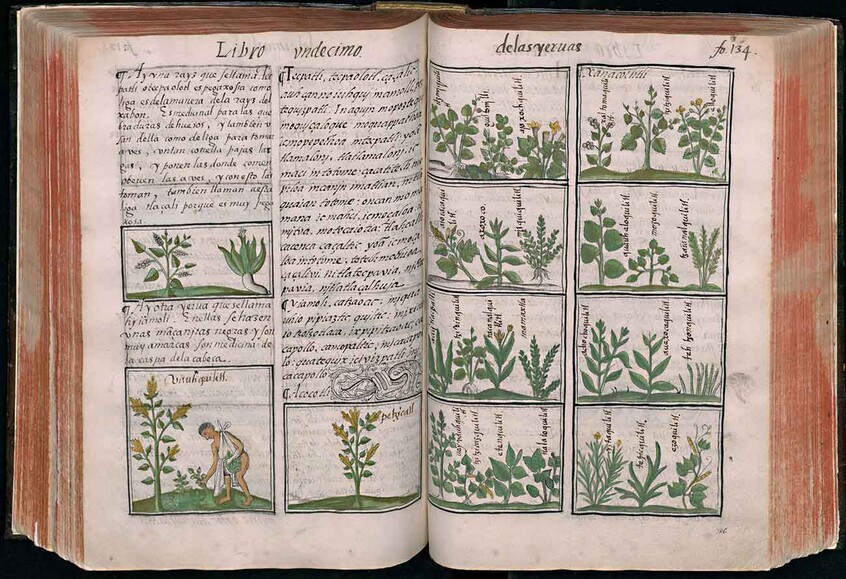 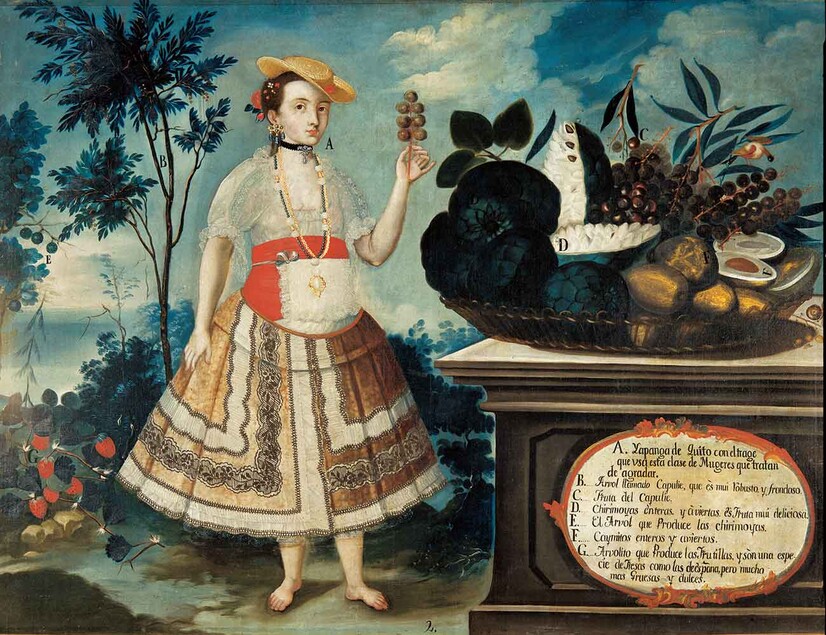 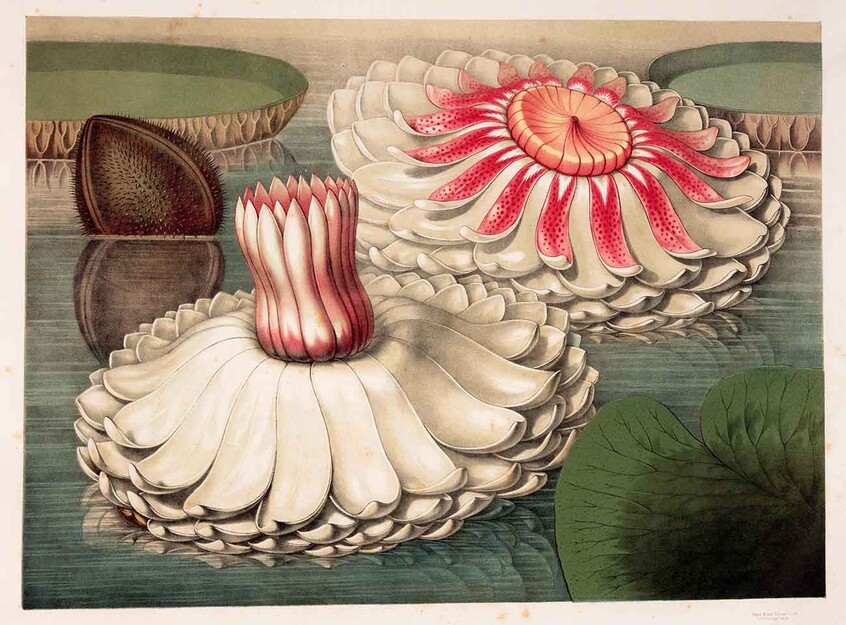 As part of the Getty’s Pacific Standard Time: LA/LA initiative, The Huntington will present an extensive exhibition surveying the connections among art, science, and the environment in Latin America, from the voyages of Columbus to the publications of Charles Darwin in the mid-19th century. “Visual Voyages" will introduce audiences to new understandings of Latin American nature from a range of cultural perspectives: as a wondrous earthly paradise; as a new source of profitable commodities such as chocolate, tobacco, and cochineal; as a landscape of good and evil, as viewed through the filter of religion; as the site for an Enlightenment project of collecting and classifying; and, in the 19th century, as the reflection of a national spirit. Visual Voyages features more than 150 paintings, rare books, illustrated manuscripts, prints, and drawings from The Huntington’s holdings as well as from dozens of other collections. Many of these works will be on view for the first time in the United States. Importantly, the exhibition and its catalog will bring together Latin American and European depictions of Latin American nature. 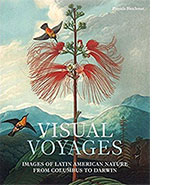 Exhibition Catalog
“Visual Voyages: Images of Latin American Nature from Columbus to Darwin” is accompanied by a hardcover book of the same title written by Daniela Bleichmar, co-curator of the exhibition. In a narrative addressed to general audiences as well as students and scholars, Bleichmar reveals the fascinating story of the interrelationship of art and science in Latin America and Europe during the period. Published by Yale University Press in association with The Huntington, the 240-page book contains 153 color illustrations. $50.00. Available beginning in September 2017 at the Huntington Store.

The Huntington will present an array of public programs to complement “Visual Voyages,” including a lecture, a curator tour, and focused exhibitions.

Guillermo Galindo (b. 1960, Mexico City) uses composed and performed music, printed scores, and assembled instruments to investigate the politics of the human. Curator Josh Kun commissioned this new work as part of Pacific Standard Time: LA/LA in conjunction with the exhibition Visual Voyages: Images of Latin American Nature from Columbus to Darwin, on view in the Boone Gallery. Galindo combines graphic scores and ambient sounds to comment on the indigenous codices included in Visual Voyages.

Visitors can enrich their experience of “Visual Voyages” by strolling the botanical gardens in search of the real-life specimens of plants they have seen depicted in the gallery. Keep your eyes peeled for two dozen “Visual Voyages” signs, pointing to cacao, pineapple, tobacco, and other plants indigenous to Latin America.

The two dozen paintings in this installation are the work of young adults ages 18 to 26 who are mentored by Art Division, a nonprofit organization that provides training and support for Los Angeles youth from underserved communities pursuing careers in the visual arts. The students used “Visual Voyages” as inspiration.

European exploration of other lands during the so-called Age of Discovery revealed a vast new world of plant life that required description, cataloging, and recording. By the 18th century, the practice of botanical illustration had become an essential tool in the study of natural history. From lusciously detailed drawings of fruit and flowers by Georg Dionysius Ehret (1708–1770), a collaborator of Swedish botanist Carl Linnaeus, to depictions of more exotic examples by Matilda Conyers (1753–1803), “In Pursuit of Flora” reveals 18th-century European appreciation for the beauty of the natural world.

Explore connections among art, science, and the environment in the exhibition, then head to the kitchen to prepare a Latin American-inspired meal. Maite Gomez-Rejón of ArtBites leads the workshop. Members: $85. Non-Members: $100.

Join best-selling author Andrea Wulf for a talk about the life of explorer, scientist, and early environmentalist Alexander von Humboldt (1769–1859), the subject of her most recent book, The Invention of Nature. Her talk will focus on Humboldt’s explorations of Latin America. Free; no reservations required.

Historian Daniela Bleichmar, co-curator of the exhibition, discusses the surprising and little-known story of the pivotal role that Latin America played in the pursuit of science and art during the first global era. A book signing and coffee reception will follow the talk. Free; no reservations required.

Conference at the Getty Center
Indigenous Knowledge and the Making of Colonial Latin America
Dec. 8–10, 2017

This symposium will bring together an interdisciplinary group of scholars to explore the role of indigenous knowledge in the making of colonial Latin America. Curator-led visits to two related exhibitions—“Visual Voyages” at The Huntington and “Golden Kingdoms: Luxury and Legacy in the Ancient Americas” at The Getty—will allow participants to view examples of work by indigenous artists and authors, including several rare pictorial manuscripts (codices). The symposium is organized by Daniela Bleichmar, co-curator of “Visual Voyages” and Kim Richter, co-curator of “Golden Kingdoms” and senior research specialist at the Getty Research Institute, with funding from the USC-Huntington Early Modern Studies Institute, the Seaver Institute, and the Getty Research Institute. For registration and more information, visit getty.edu.

Major support for this exhibition is provided through grants from the Getty Foundation.

Generous support is provided by Scott Jordan, Sharon and John Light, and in part by an award from the National Endowment for the Arts. Additional funding is provided by Laura and Carlton Seaver, The Gladys Krieble Delmas Foundation, The Ahmanson Foundation Exhibition and Education Endowment, and The Melvin R. Seiden-Janine Luke Exhibition Fund in memory of Robert F. Erburu.

Paint for this exhibition is provided by Farrow & Ball.