The Huntington acquires the papers of an award-winning Hawaiian naturalist 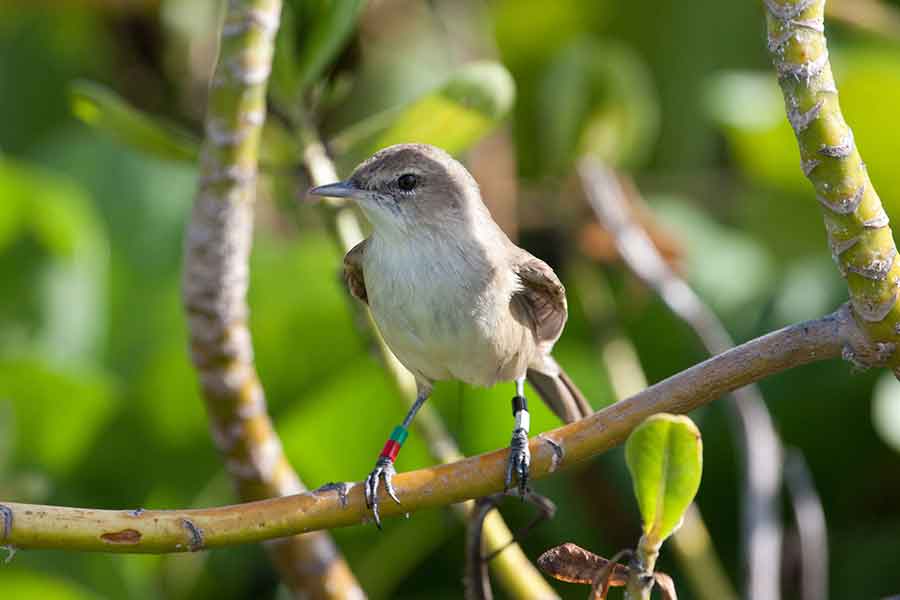 When it comes to the study of Hawaiian birds, few scientists can rival Sheila Conant, professor emerita and former chair of the zoology department at the University of Hawaii at Manoa, who has studied that state's native and endangered species for nearly 50 years. In 2013, she was given the Ralph W. Schreiber Award by the American Ornithologists' Union in recognition of her extraordinary contributions to the conservation, restoration, and preservation of birds and their habitats.

A native Hawaiian, Conant has devoted her life to researching the history, ecology, and conservation of Hawaiian birds. She has investigated the distribution of birds across their ranges, conducted ornithological surveys of large natural areas, and developed avian census techniques. Her more recent work has included studies of geographic variation in morphology, the genetics and behavior of endangered passerines in the northwestern Hawaiian Islands, and the ways in which birds were used in Hawaiian material culture.

Conant has sought to document the ecologies of threatened species and, through basic ecological research, provide a sound biological basis for bringing about their recovery. One of her resounding success stories has involved the Nihoa millerbird. Conant helped establish the scientific basis for the U.S. Fish & Wildlife Service's Nihoa Millerbird Translocation Project, which brought a population of the endangered birds from Nihoa to Laysan to prevent their potential extinction. Conant herself took part in a second translocation expedition in 2012. The birds have been thriving in their new home ever since.

She has not been shy about stressing the importance of ecological research. "Hawaii has lost more species than any other geographic area on Earth," Conant writes. "This extinction crisis continues today, as biologists and managers work to prevent the loss of hundreds of endangered species, including more than 30 birds, 300 plants, and at least 150 species of invertebrates." 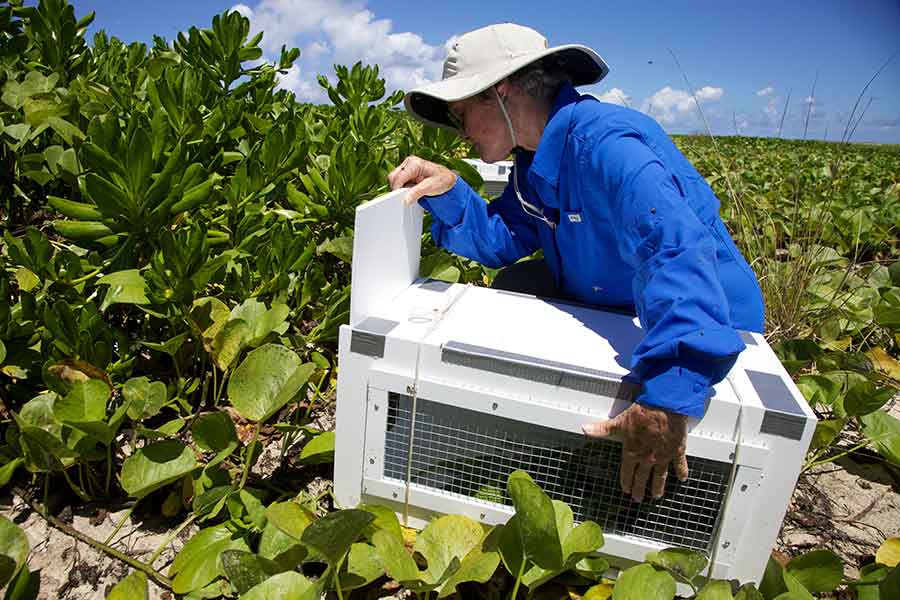 The Huntington has begun acquiring Conant's papers, which include a wealth of information spanning her half-century of research to save the native birds and other fauna and flora in her home state. This collection of one of the nation's most significant conservation biologists will join other important collections in environmental history at The Huntington, such as the Frank Wheat papers, which include extensive materials about the effects of mining on the environment; the papers of Warren Lee Rogers about the Pacific Crest Trail; and the papers of James and Katherine Clover concerning land tenure and water use in California. In addition, staff are currently processing the papers of another important Hawaiian ornithologist, J. Michael Scott, whose materials will strongly complement Conant's.

The historical study of birds provides an excellent framework within the natural sciences for studying issues that meet at the resonant intersections of history, culture, and biology. Places matter, and specific places—like Hawaii—have proven to be of critical importance to biologists and to the future of species. The Hawaiian Islands, the world's most isolated archipelago, hold more endangered species per square mile than any other region of the world.

The Earth itself is an island. Despite our beloved notions of the open range, the limitless frontier, and the idea of paradise, we are all on the same island, and as the world grows smaller, we grow closer. As a result, our relationship with the natural world becomes more important with each passing year. The Conant collection at The Huntington will help ensure that the study of that relationship—and the Hawaiian birds that form such an integral part of it—will not go extinct.

Daniel Lewis is the Dibner Senior Curator for the History of Science and Technology at The Huntington.