In 1910, Henry E. Huntington began acquiring a large collection of outdoor sculptures, personally deciding on the exact location for each piece of garden statuary. Some of the statues were moved as many as three times until Huntington was satisfied. Love is a common theme among the garden sculpture, most of which dates from the late 17th and early 18th centuries, although some are the works of 20th-century American artists such as Anna Hyatt Huntington, the wife of Archer Huntington, Arabella’s only child by her first marriage. Visitors today can see an array of statuary in different media and from various cultural traditions across Europe and beyond.

On your visit, be sure to look for: 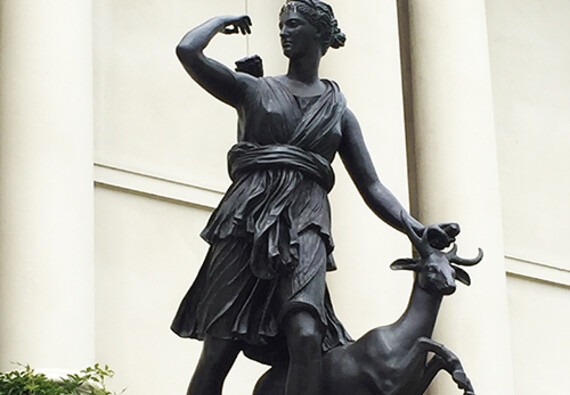 For those who have been to the Louvre in Paris, this bronze sculpture may appear familiar. The goddess was cast by 17th-century sculptor Hubert Le Sueur, who served as court sculptor to Charles I, king of England (1600-1649), from a replicated mold of the antique original in the Louvre. Diana is part of a set along with Apollo, Hercules with Telephos, and Hermes. The only other known set from the series is located at Windsor Castle. 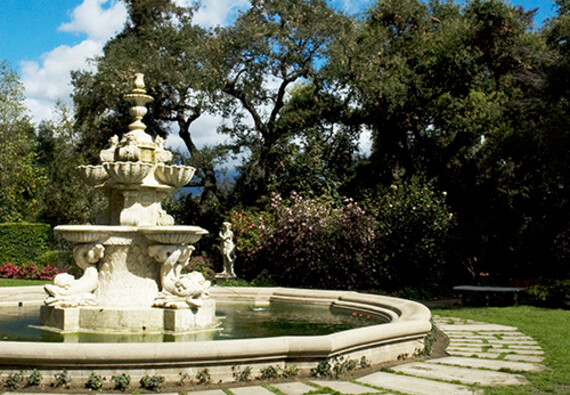 The Italian fountain had been brought to England in the early 18th-century and remained there until it was purchased by Henry Huntington in 1915. It was shipped from New York in 48 boxes that filled an entire railway car. Oddly enough, the fountain arrived without assembly instructions and with a few extra pieces. It eventually was installed five years after the completion of the main house (ca. 1916). 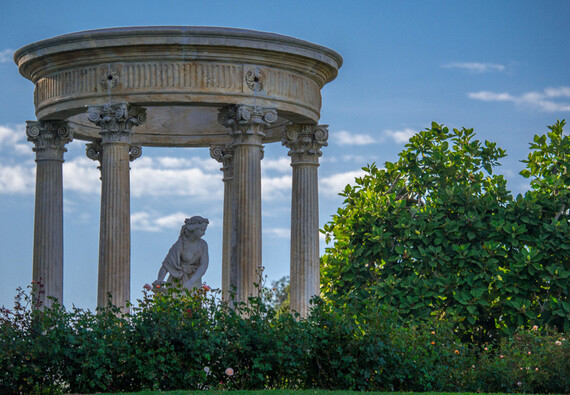 As a predominant feature of the Rose Garden, L’Amour Captif de la Jeunesse, with its theme of love and romance, complements its surroundings well. Yet, the sculpture’s provenance still remains rather mysterious. Curators determined the piece to be likely modeled after smaller porcelain designs by Simon-Louis Boizot, the artistic director of the Sèvres porcelain manufactory during the 18th century. However, it was also once thought to have been designed by an architect who worked at Versailles. 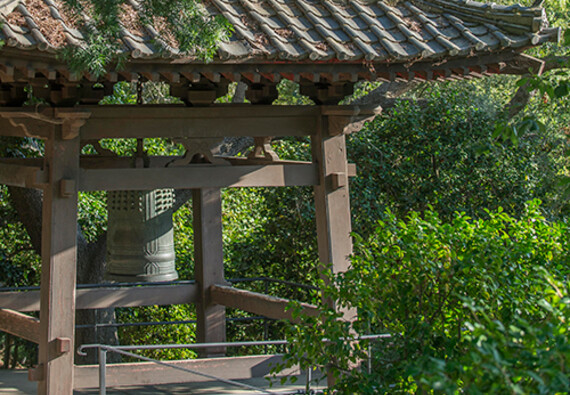 Bells were not typical features in traditional Japanese gardens but found their way to wealthy art collectors when Japanese government taxes forced Buddhist temples to sell their treasures in the early 1870s. The Huntington’s bell was purchased from Asian art dealer Nathan J. Sargent in 1914. Originally from the Chofuku temple in Yoshida, Ehime Perfecture, the bell is inscribed with its prior location, original date of casting, and the bell’s sponsors and donors. The large central vertical inscription recites a formulaic prayer translated to “Hail, great teacher, universal adamantine illuminator” in offer to the temple’s sect founder. 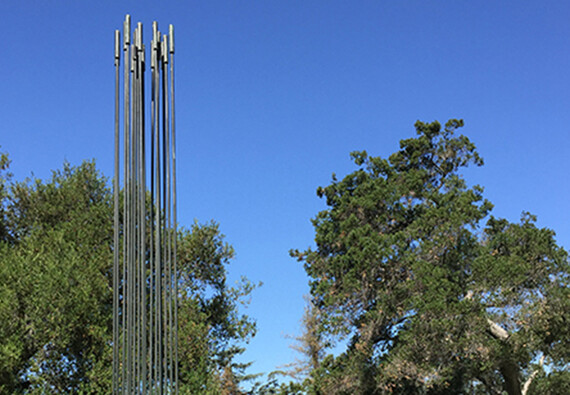 The 19-foot-tall Sounding Sculpture consists of a delicate, airy tower formed by a tall cluster of 16 thin, beryllium-copper rods crowned with bronze “cat-tail” tops. When blown by the wind, the piece emanates mysterious, harmonic tones that combine softly with the natural sounds of birdsong and rustling leaves on The Huntington’s grounds. Bertoia’s tonal sculpture is a promised gift from The Philip and Muriel Berman Foundation. 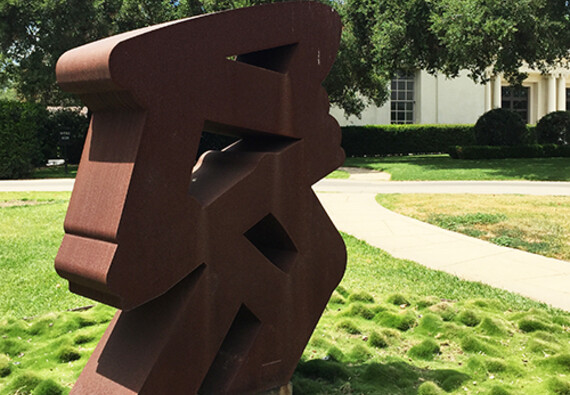 An exceedingly rare piece by Sam Francis, it is one of only six that have been produced and the only one currently in the U.S. The untitled sculpture was fabricated in 2003 based on a design developed before the artist’s death. Its unique shape draws upon Francis’ time in Japan where he found inspiration in Asian calligraphic forms. The piece was gifted to The Huntington in 2015 after being on long-term loan from the Sam Francis Foundation since 2010. 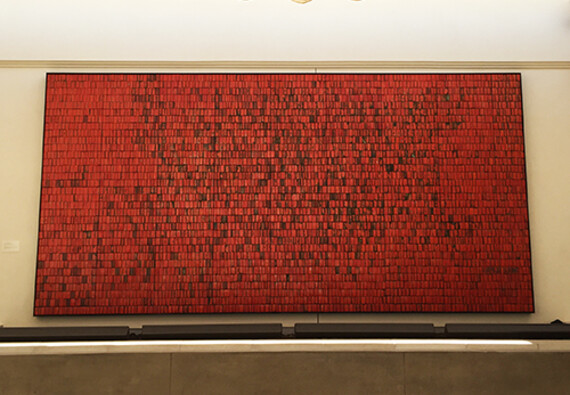 Skilled ceramist and glaze innovator Doyle Lane is known for collectible vases, but he also made large “ceramic murals.” This stunning example was originally commissioned by architect Welton Becket in 1964 for Mutual Savings and Loan offices in Pasadena, Calif. Measuring just over 8 by 12 feet, the piece consists of thousands of smooth, hand-formed rectangles, each glazed a warm red and tinged with black edges. The mural is a gift from MS Property Company.