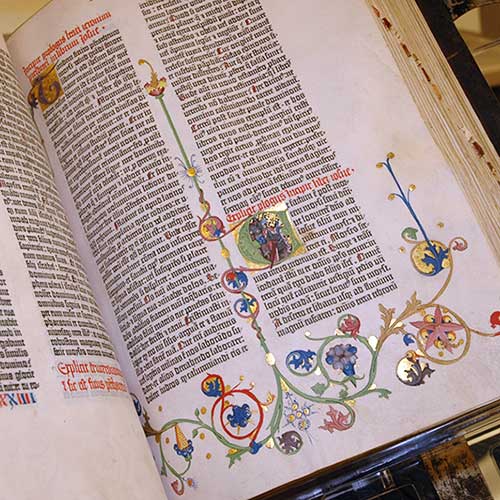 The Bible produced by Johann Gutenberg (ca. 1397–1468) was the first substantial book printed with movable type in the West. It appeared around 1455. Of an edition of approximately 175 copies, only 48 survive today: 36 on paper and 12 on prepared animal skin, known as vellum, such as the one seen here. The Huntington’s is one of three vellum copies in the United States. The book’s large format and ornate binding suggest that it was intended for institutional rather than personal use and that it belonged to a wealthy monastery or church.