Monica Majoli is an artist, educator, and champion of others in Los Angeles’s art and queer communities. She is primarily a painter deeply invested in the traditions of the medium while exploring subjects tied to sex, sexuality, power, and alternative lifestyles such as BDSM. Her work often depicts scenes of sexual fetishism, a theme that serves as a decoy for larger underlying political concerns. Since 2015 Majoli has developed a series titled Blueboys, named after one of the earliest national gay magazines, founded by Donald N. Embinder and published from 1974 to 2007. Majoli focuses on the centerfolds from the magazine by photographer Alex Sanchez from around 1976 to 1979, the halcyon years of gay liberation, when homosexuality was understood to be politically charged and under threat. To the artist, these images showcase a tragedy that had yet to unfold, as they were photographed on the cusp of the AIDS epidemic. Majoli’s Blueboys series is a rumination on illness, loss, and history via images born of liberation, an attempt to locate and document a period when queer political and sexual identities became visible to a larger public.

In her installation Majoli highlights the history, cultural importance, and producers of Blueboy magazine. The magazine shares its name with a famous portrait by eighteenth-century painter Thomas Gainsborough, which is part of The Huntington’s collection. Blueboy’s inaugural cover was a parody of that painting. On display are images from the magazine and interviews with contributors, as well as Majoli’s own archive of images from the publication, which she used as studies for the larger works on view at the Hammer Museum. In focusing here on the archival dimension of Blueboy, she highlights the challenges of recovering a history suppressed at the time of the magazine’s initial circulation, when such material was stigmatized.

Miss Tiger, Executive Director of Blueboy® Archives and Cultural Arts Foundation, contributed critical content for this installation by refurbishing and editing obscure radio interviews from the late 1970s featuring Donald Embinder, the founder and publisher of Blueboy. She also conducted a new interview with Mel Odom, an artist renowned for his contributions to Blueboy magazine.

In Made in L.A. 2020: a version, the artist's work is present in two institutions, across Los Angeles. See Monica Majoli's work on view at the Hammer.

BIOGRAPHY
Monica Majoli was born in 1963 in Los Angeles. She is primarily a painter deeply invested in the traditions of the medium while exploring subjects tied to sex, sexuality, power, and alternative lifestyles such as BDSM. Her work often depicts scenes of sexual fetishism, a theme that serves as a decoy for larger underlying political concerns. In her earlier works Majoli utilized traditional oil-painting techniques to render detailed and realistic homoerotic scenes that included her own body. While these works were pointed and confrontational in their imagery, she describes them as being less about the acts they portray and more about the social and psychological consequences and context of such acts. Since 2015 she has been developing a series titled Blueboys, named after one of the earliest gay men's magazines in the U.S., founded by Donald N. Embinder and published in Florida from 1974 to 2007. In these works Majoli scales up images culled from the magazine through a white-line woodcut technique developed in Provincetown, Massachusetts, in the early twentieth century, primarily by women printmakers who were influenced by traditional Japanese woodcuts. Majoli focuses on the centerfolds and the recurring characters as a way of showcasing a tragedy that had yet to unfold, as they were photographed on the precipice of the AIDS epidemic. The main character of this series is “Roger,” an actor who famously died very young in a car crash. The subsequent swell of public mourning foreshadowed the loss to come of many young men in their prime. Majoli has had solo presentations at Galerie Buchholz, New York (2019); Air de Paris, Paris (2014); Gagosian Gallery, New York (2006); and Feature Inc., New York (1998). Notable group exhibitions include San Francisco Museum of Modern Art (2017); Museum of Modern Art, New York (2011, 2009); Hammer Museum, Los Angeles (2007); and Whitney Biennial, Whitney Museum of American Art, New York (2006), among others. 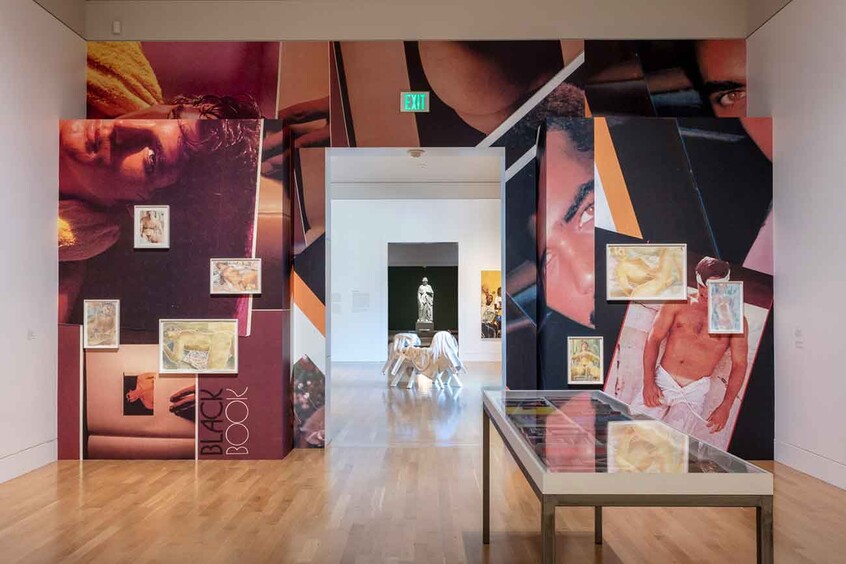 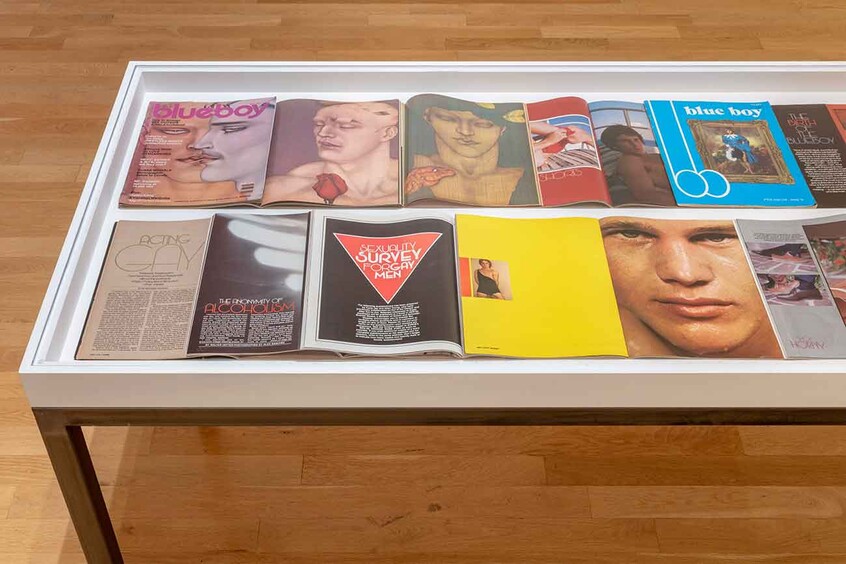 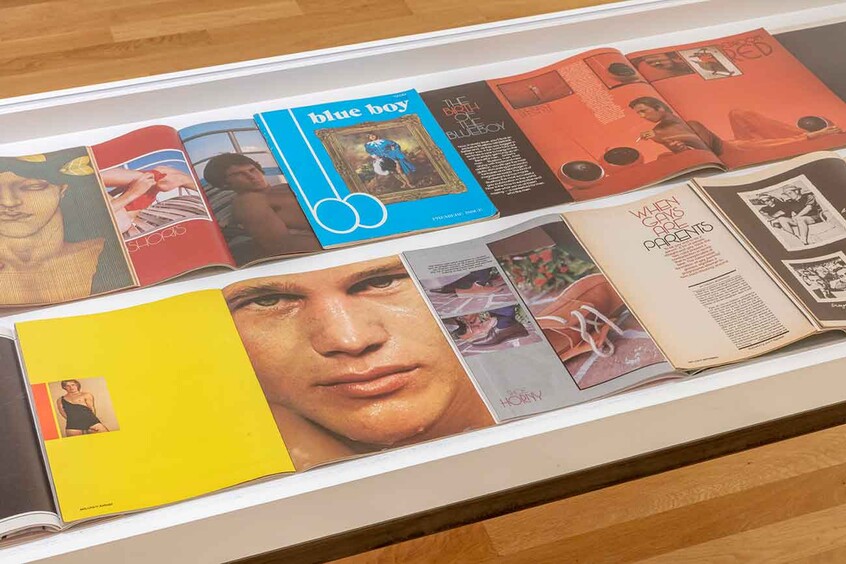