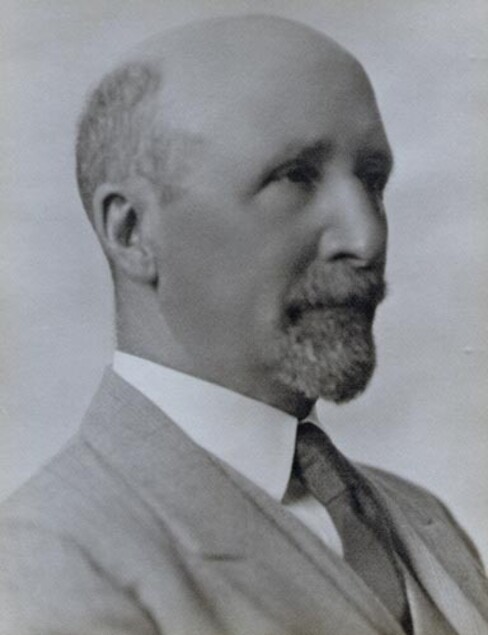 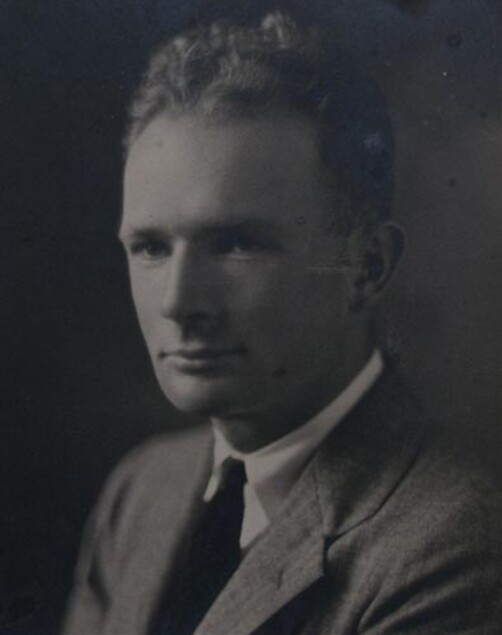 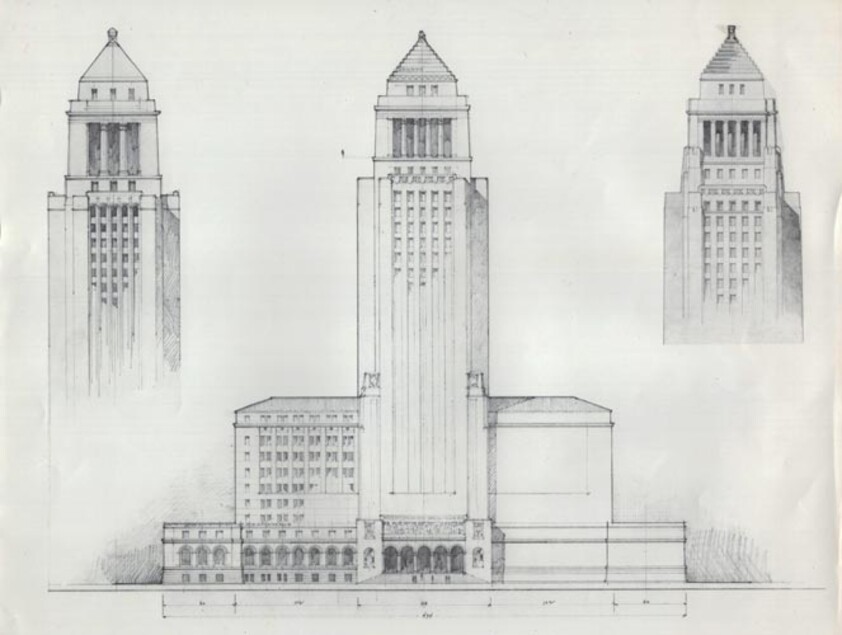 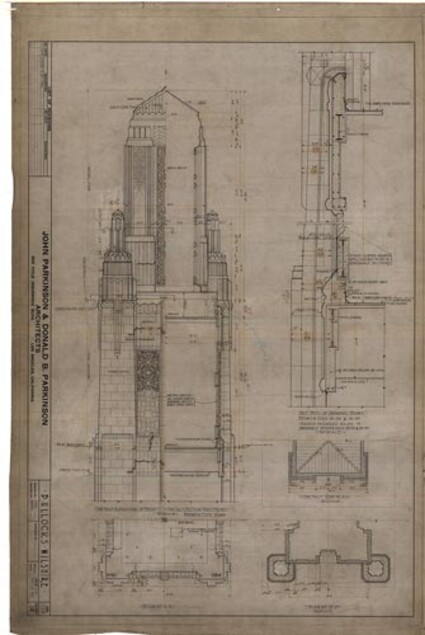 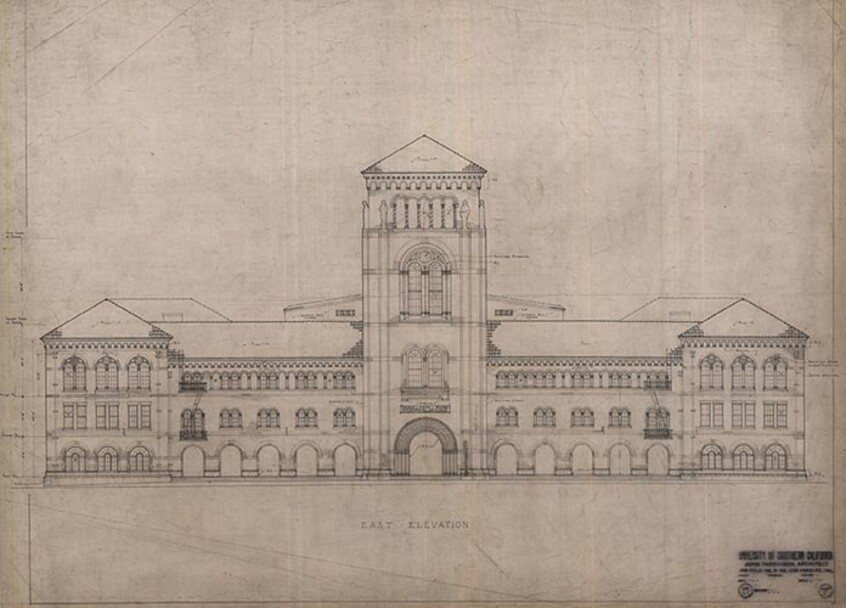 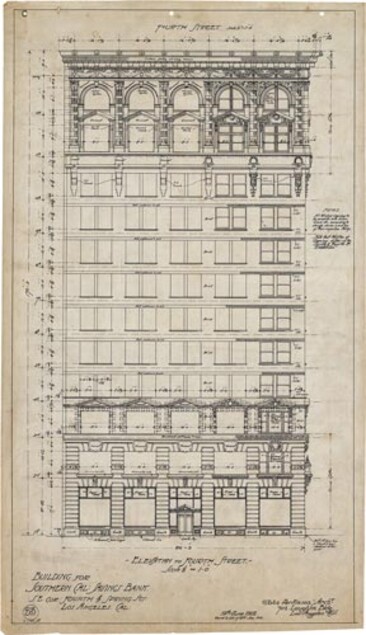 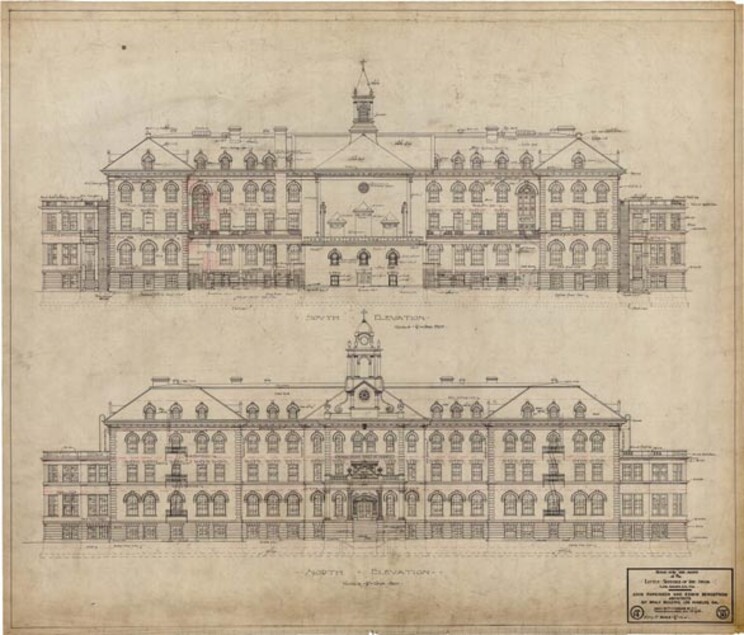 Home for the Aged of the Little Sisters of the Poor, January 1906. Parkinson & Bergstrom, architects. Ink on tracing cloth.
The Huntington Library, Art Museum, and Botanical Gardens.

“The Parkinson archive unlocks the process behind the creation of some of the most iconic buildings in Los Angeles,” said Erin Chase, assistant curator of architecture and photography at The Huntington. “Spanning 100 years, and chronicling the firm’s work in such detail, the collection will be the cornerstone of our Southern California architecture and planning materials documenting the growth of our region in the early 20th century.”

The firm’s landmark buildings in LA include Bullocks Wilshire; Braly Block, the city’s first skyscraper; the Homer Laughlin Building (now Grand Central Market); Los Angeles City Hall; the Memorial Coliseum; and Union Station, in addition to the campus master plan for USC. These buildings were either designed by John Parkinson and his partner Edwin Bergstrom (Parkinson and Bergstrom, 1905–1915) or by John and his son, Donald Parkinson (Parkinson and Parkinson, 1920–1935). The archive spans from 1894 to 1994, during which John Parkinson and his successors developed more than 400 structures. The wealth of materials from the early 1900s to the 1930s demonstrate the rapid growth of Los Angeles at that time.

“Walking in downtown Los Angeles, one can see a Parkinson building in almost every direction,” said Stephen Gee, author of Iconic Vision: John Parkinson, Architect of Los Angeles. “The Parkinson collection is a treasure trove of rare materials that tells the story of an architect considered by many historians to be one of the founders of modern Los Angeles. This archive is an incredible tool for researchers and scholars who want to understand how Los Angeles grew from an outpost to a major metropolis on the West Coast.”

The Parkinson archive includes nearly 20,000 original ink-on-linen detailed drawings and blueprints created by the firm, as well as books from the firm’s architecture library, business records, project photographs and slides, and ephemera. It enhances The Huntington’s existing Los Angeles architecture collections, which include the papers of architect Wallace Neff; the Foss Construction Company; and the Morgan, Walls, and Clements firm.

“Forming the core of this collection are thousands of original drawings created by the firm,” said Sandra L. Brooke, The Huntington’s Avery Director of the Library. “These are one-of-a-kind, richly detailed renderings that, for many buildings, cover the entire scope of the project—from elevations and floor plans to technical specifications and design details. They are in extraordinary condition, a testament to the donor who took great care in managing the archive for decades. We couldn’t be more delighted with this landmark acquisition.”

The collection will open to researchers after it has been processed.