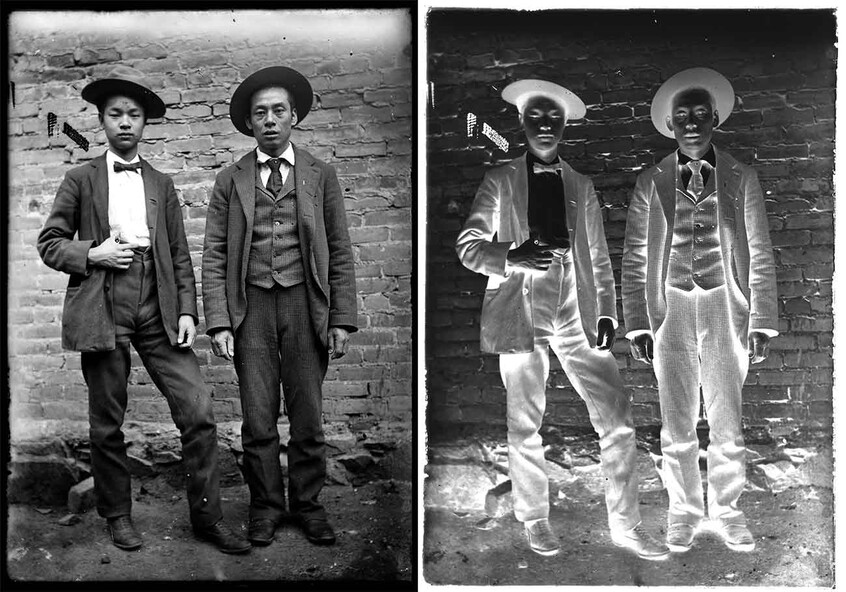 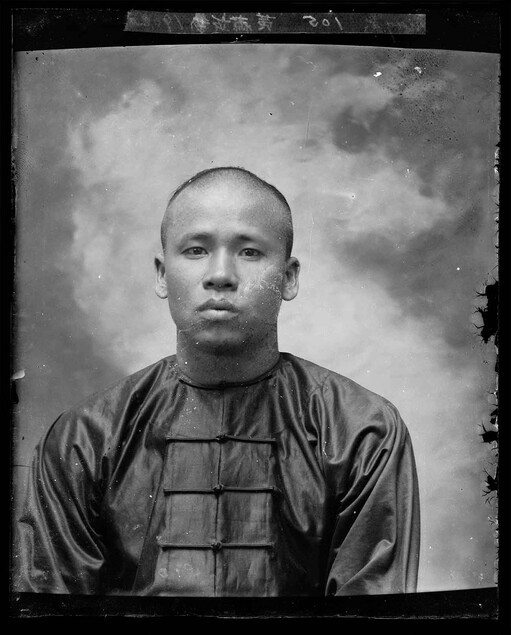 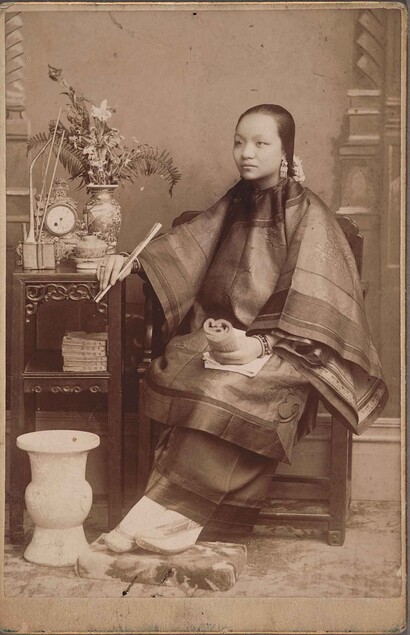 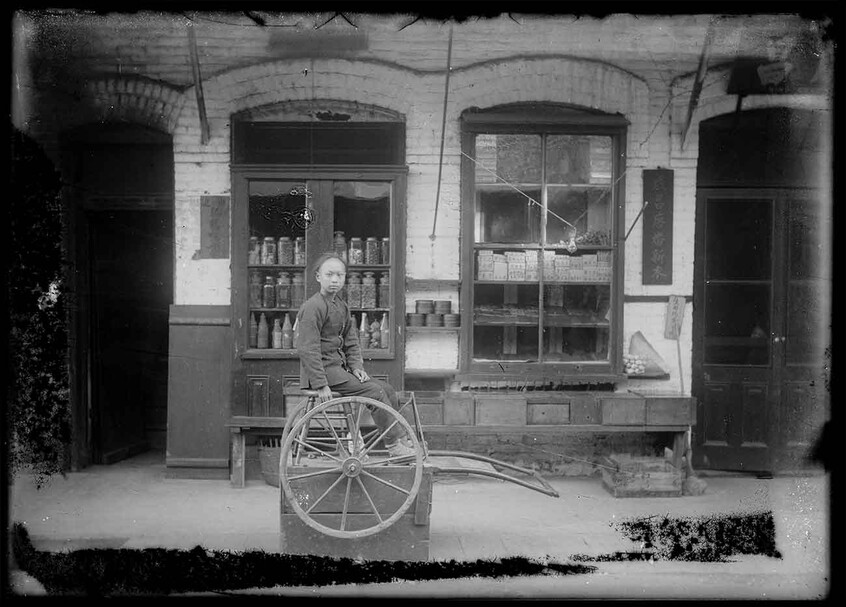 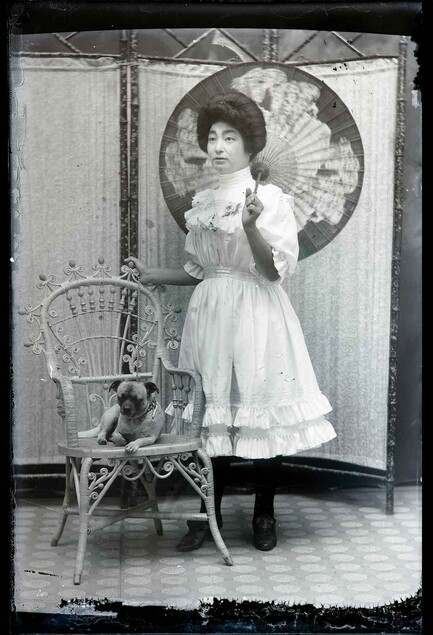 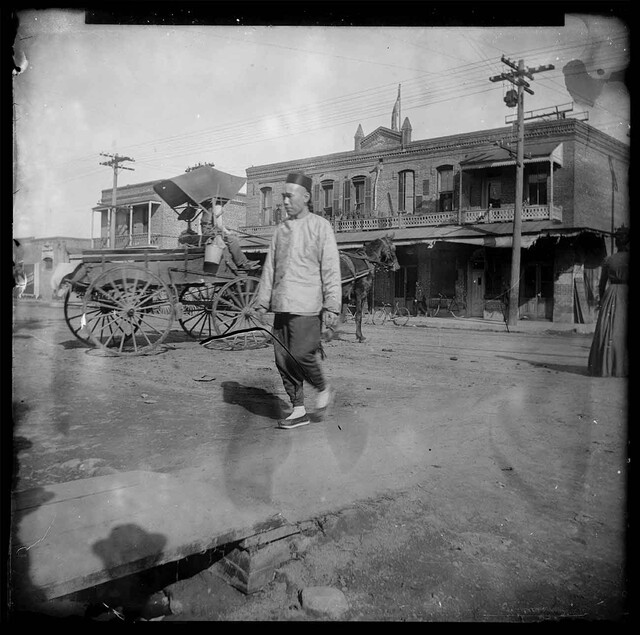 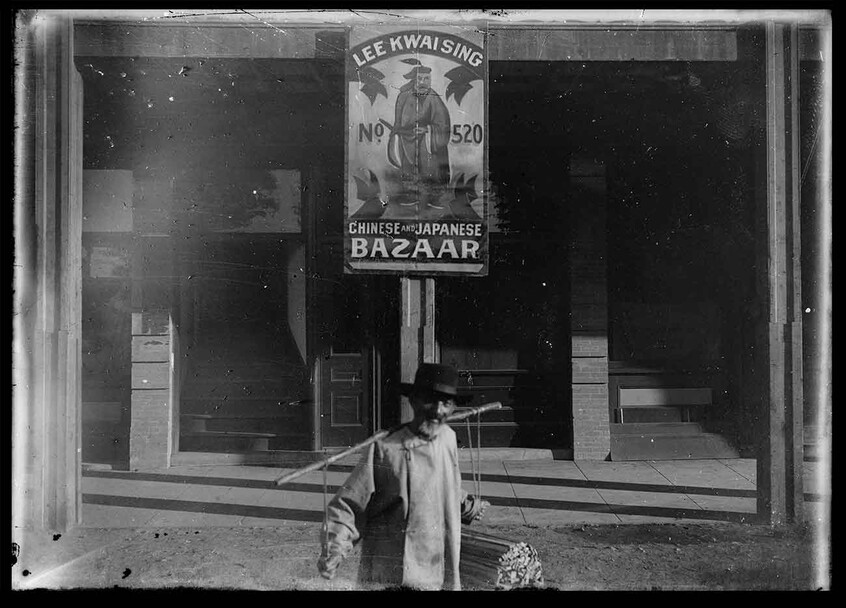 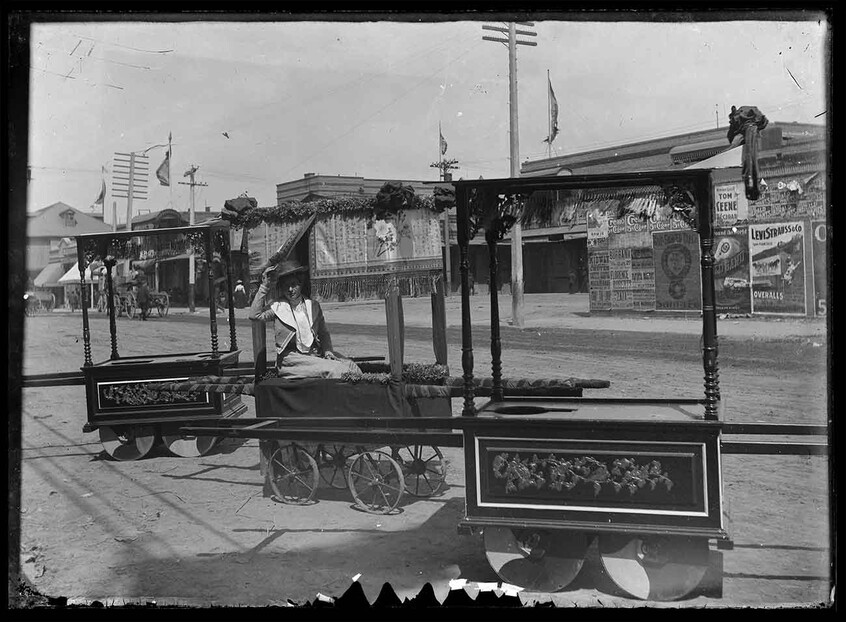 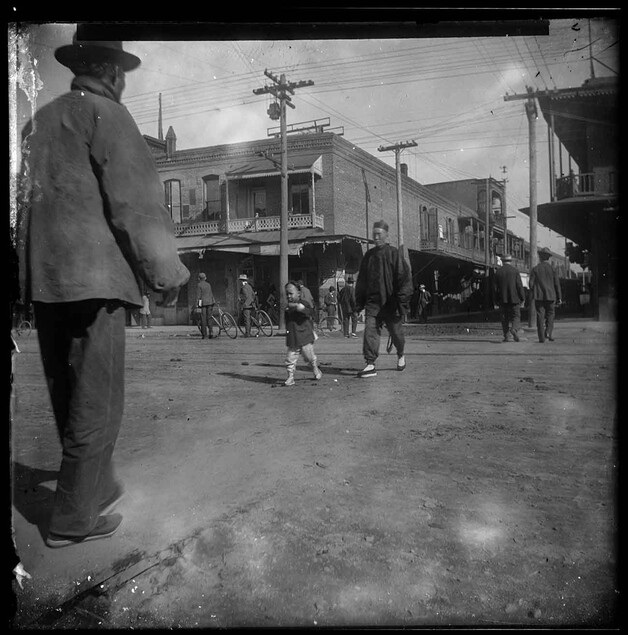 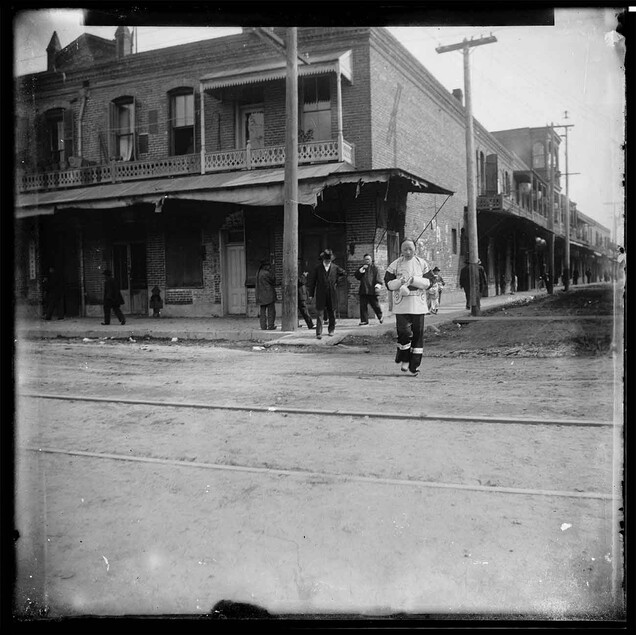 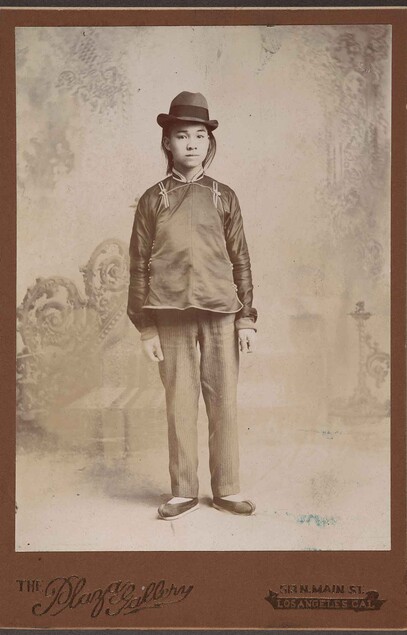 The trove of images from the late 19th and early 20th centuries were found by her family during the vacating of Old Chinatown.

SAN MARINO, Calif.—Author Lisa See has given a trove of more than 100 rare glass plate negatives and photographs, some dating back to the late 19th century, to The Huntington Library, Art Museum, and Botanical Gardens, The Huntington announced today. The images were taken in and around Los Angeles’ Old Chinatown. The studio portraits and street scenes from the late 19th and early 20th centuries provide a rare view of the people and daily life in the city’s original Chinatown, which thrived mainly from 1890 to 1910, before it was largely cleared in the 1930s to make way for Union Station.

The gift deepens The Huntington’s array of materials for the study of the Pacific Rim, which has, among its many areas of collecting, an emphasis on Chinese American history in Southern California.

“The history of Los Angeles’ Old Chinatown and its early Chinese residents is not a well-understood subject,” said Li Wei Yang, The Huntington’s curator of Pacific Rim collections. “In this period of California history, Chinese residents were actively excluded from mainstream activities, so there’s less documentation about them. These rare photographs reveal their daily lives. We see people’s facial expressions and clothing, set against backgrounds of Old Chinatown.”

Though most images are not dated, the use of glass plate negatives sets them in the late 19th and early 20th century, when photographic emulsions were made on glass plate supports. This early, state-of-the-art form of photography, with both a wet and dry version, allowed for sharper, more detailed photos than paper negatives provided at the time.

See was motivated to give the collection assembled by her family to The Huntington when her neighborhood, located in a high-fire risk area, was evacuated twice in 2020. That year, 11 homes burned on her street.

“Glass plate negatives are very heavy and quite fragile,” See said. “We have a list for what to grab when we are evacuated, and the box containing this collection was at the top of the list. Of course, I didn’t want them destroyed, so I realized it was time to give them to The Huntington.”

As a researcher herself, See said The Huntington serves as an important scholarly resource for studying regional Asian American history. In fact, she visited The Huntington more than a decade ago to examine the archived Hong Family Papers, donated in 2006, which contain the legal files of Y. C. Hong, one of the first Chinese American immigration attorneys in California and the United States. The Hong papers include immigration files related to Fong See’s journey to China in the 1920s to visit relatives and purchase antiques for his business.

The See collection of photographs are divided between interior and street scenes in Old Chinatown and posed studio portraits of both Chinese and American men and women. In one photograph, three men—a cook and two servers in long white aprons—stand among the tables of a restaurant. In another, a young Chinese American man gazes somberly into the camera. This, Yang said, would likely have been a photo necessary for immigration purposes. It is the only photo with a visibly printed date, 1902, the same year that the Chinese Exclusion Act of 1882 was made permanent and required Chinese residents to register and obtain a certificate of residence or face deportation.

In one of the many studio portraits, a young woman in elegant, traditional Chinese clothing holds a fan and sits before a painted backdrop. Yang explained that it was fashionable then, if you had money, to send such photographs home to China to show family members how well you were doing. It is unclear how many photographers are represented in the collection.

The box of photographs—which, in addition to glass negatives, include printed images both loose and in a photo album—were found in the 1940s by Lisa See’s father, Richard See, when he was a teenager, and her grandfather, in or around their family’s antique business at 510 Los Angeles St. The F. Suie One Company was established in 1888 and is believed to be the oldest continually operating Asian antique business in the Los Angeles area. Lisa See’s great-grandfather, Fong See, was the godfather of Old Chinatown. The store was located on one of the last blocks of Old Chinatown to be demolished. (New Chinatown opened in 1938, although portions of Old Chinatown still existed into the 1950s.)

See believes the box of photographs was left behind by a studio that had gone out of business and was either found discarded in the neighborhood or discovered at the F. Suie One Company before its relocation. This latter scenario seems plausible because some photos in the album are printed with the company’s 510 North Los Angeles St. address. The box of photographs has been kept and cherished by the See family since the 1940s.

William Deverell, director of the Huntington-USC Institute on California and the West, says the images provide a new lens to view a particular time in Asian American history in Southern California. “They provide tremendous insight into an immigrant enclave of the generation following the 1871 anti-Chinese Massacre in Los Angeles, the 1882 Exclusion Act, and the demolition of Chinatown to make way for Union Station in the 1930s. The photos were taken between those tragic milestones and, as such, offer us rare context to the histories we all share here in Southern California.” He added that the images in the collection will also interest scholars of fashion, the family, and the history of photography.