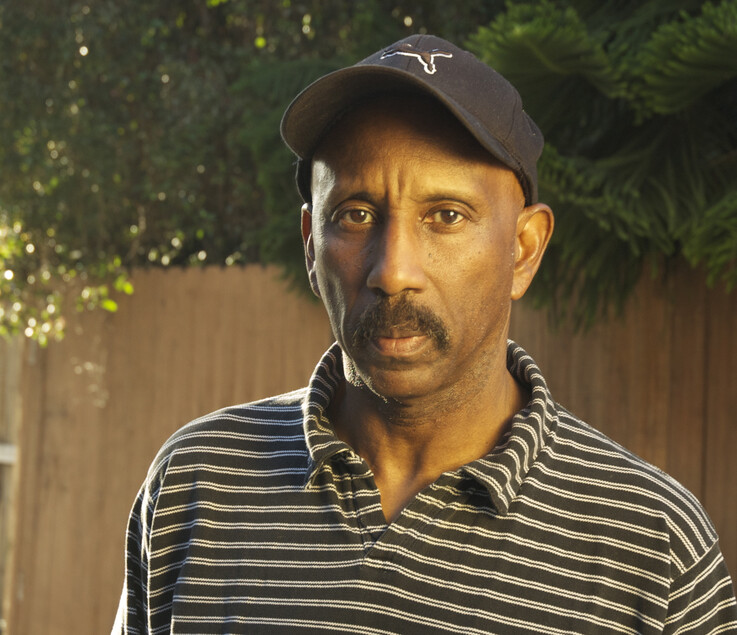 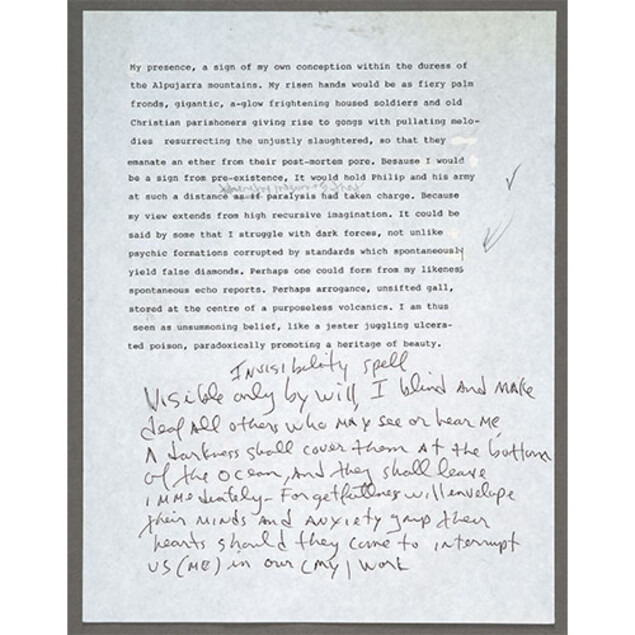 Will Alexander, draft page of an essay titled “Secrets Prior to the Sun,” beginning with “My presence,” undated. The Huntington Library, Art Museum, and Botanical Gardens. 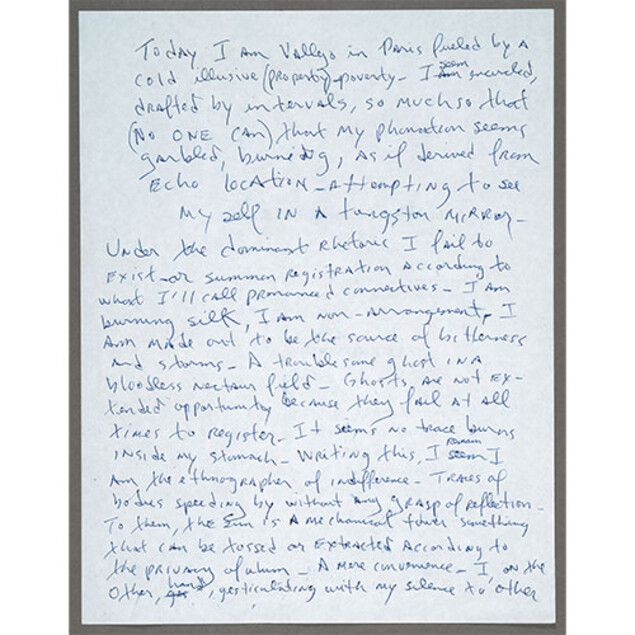 Will Alexander, handwritten notes, beginning with “Today I am Vallejo in Paris,” undated. The Huntington Library, Art Museum, and Botanical Gardens. 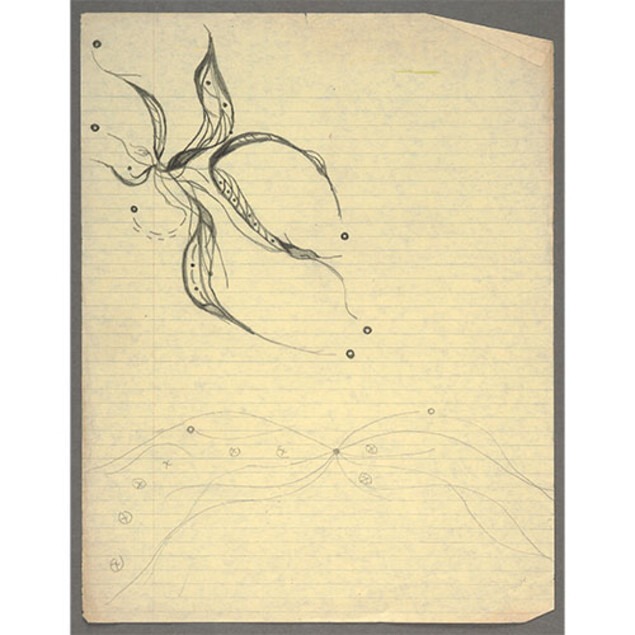 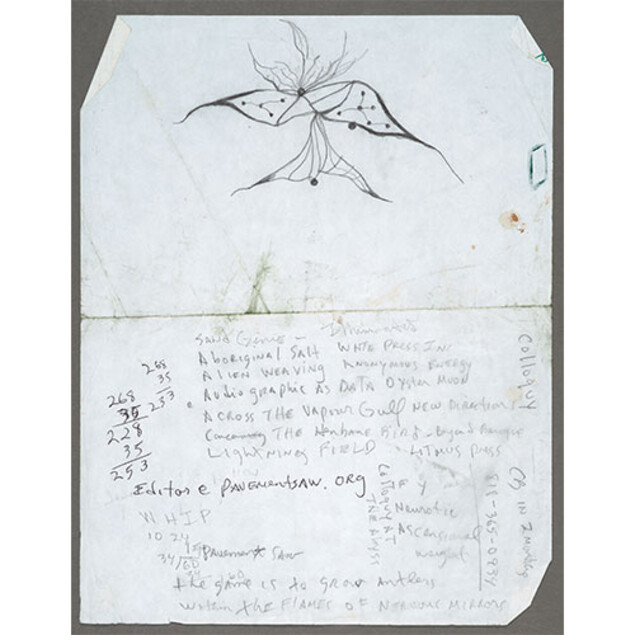 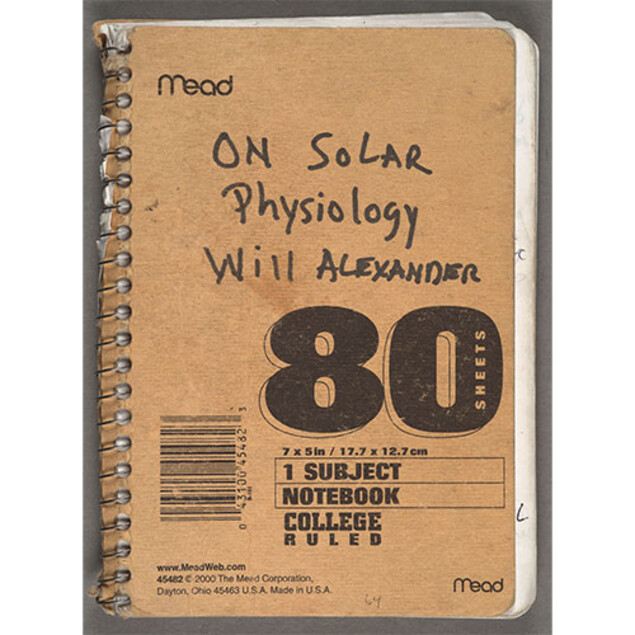 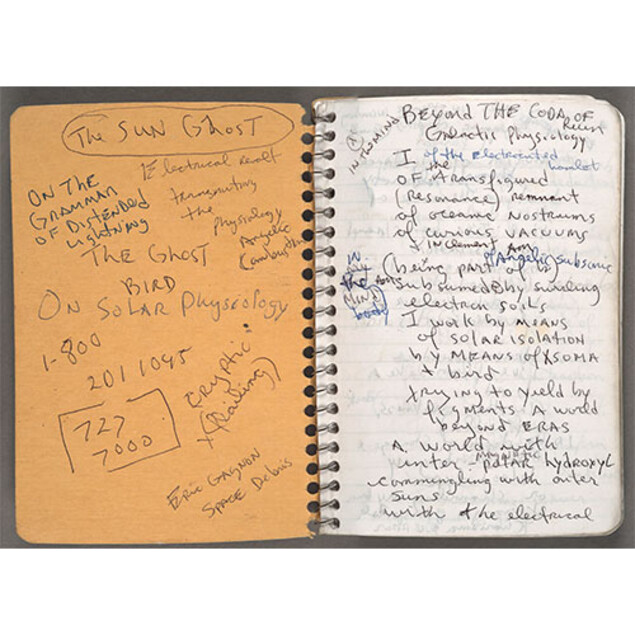 Will Alexander, notes in a notebook titled “On Solar Physiology,” undated. The Huntington Library, Art Museum, and Botanical Gardens. 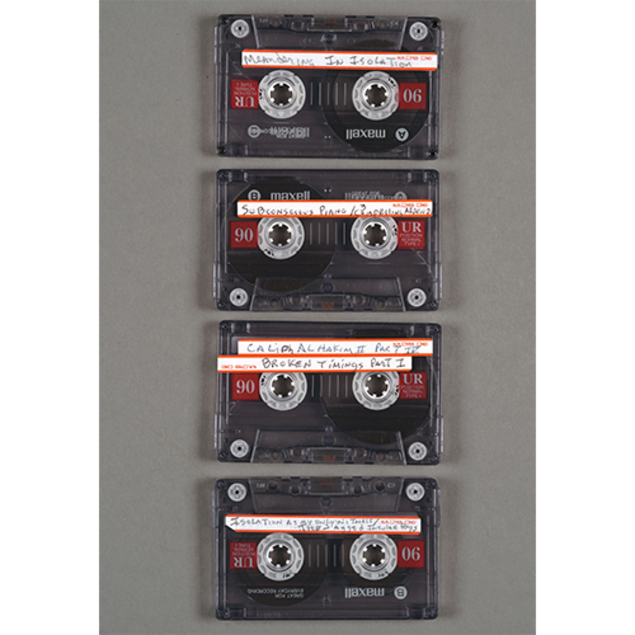 SAN MARINO, Calif.—The Huntington Library, Art Museum, and Botanical Gardens announced today that it has acquired the papers of Will Alexander (b. 1948), a multimedia artist and award-winning writer. Alexander is the author of more than 30 collections of innovative, exploratory work that includes poetry, novels, essays, philosophy, aphorisms, and plays. His artistic productions also include drawings and piano compositions.

Primarily known as a poet of inventive language and cosmic imagination, Alexander began publishing his work in poetry magazines in the 1970s and has gone on to write numerous, book-length Surrealist and experimental works that draw on his wide and deep reading in literature, history, science, religion, and politics, as well as in more esoteric subjects ranging from astrophysics to Egyptology and from medieval Arabic poets to extraterrestrials.

A lifelong resident of Los Angeles, Alexander earned his bachelor’s degree in English at UCLA in 1972. He has received a Whiting Fellowship for poetry, the PEN Oakland Josephine Miles Award, a California Arts Council fellowship, the Jackson Poetry Prize, and the American Book Award for Singing in Magnetic Hoofbeat (2013). His most recent book, Refractive Africa: Ballet of the Forgotten (2021), contains three long poems that engage with African history, colonialism, and political resistance.

Alexander has taught at the Jack Kerouac School of Disembodied Poetics; New College (San Francisco); Hofstra University; and the University of California, San Diego. For more than a decade, he has served as the poet-in-residence at Beyond Baroque in Venice, California. The arts and culture magazine Big Other honored Alexander with its 2020 lifetime achievement award.

The materials in The Huntington’s archive span Alexander’s career, from his early years to the present, including the manuscript of his first book-length work in 1987, Vertical Rainbow Climber, and manuscript drafts of novels (Sunrise in Armageddon, Diary as Sin), plays (Treason in the Northern Theatre), and several unpublished works. The archive also contains 46 autograph notebooks, composed from ca. 2011 to 2015, which Alexander describes as “energy fields” or “random seatings,” evidence of his poetic process. In a 1999 interview with the poet Harryette Mullen, published in the journal Callaloo, Alexander describes the powerful sense of freedom he derives from this process: “I know this, that the poet has to be infused with the plasma, the river of poetry, so that the river sweeps through, and it takes up everything in its path. It all becomes a part of the river. The poetry is flowing so strongly that it can go in any direction. That’s what allows me to go in any direction I feel.”

Other important items in the collection include research files that reflect Alexander’s diverse array of influences, including biographical notes on the Surrealist poets Aimé Césaire and Roger Gilbert-Lecomte, jazz saxophonist and composer John Coltrane, novelist Vladimir Nabokov, and science fiction writer Octavia E. Butler. These files include materials on such diverse topics as the Moors in Spain, transhumanism, the modern oil industry, Islamic architecture, volcanoes, and deep time.

“Will Alexander exemplifies the visionary qualities and lexical inventiveness that one associates with masters of the genre, and his engagement with an international range of influences and expansive subject matter makes him a true original,” said Karla Nielsen, curator of literary collections at The Huntington. “The materials in the collection should prove of particular interest to scholars of contemporary American poetry, the legacies of Surrealism, African American art and literature, the Los Angeles poetry scene, and much more.”

For more than a century, The Huntington has collected exceptional literary materials, especially in the realm of poetry, beginning with Henry E. Huntington’s acquisitions of the Ellesmere manuscript of Geoffrey Chaucer’s Canterbury Tales; outstanding Shakespeare print holdings; and the visionary works of William Blake, Percy Bysshe Shelley, and Edgar Allan Poe, among other notable 18th- and 19th-century poets. In recent years, The Huntington has acquired the papers of such 20th-century poets as Wallace Stevens and Charles Bukowski. “Among the poets already in the collection, Alexander has most in common with Blake, who was also a visionary, or perhaps Wallace Stevens, who was also a ‘poet’s poet,’ highly esteemed by an array of his contemporaries,” Nielsen said.

Sandra L. Brooke, The Huntington’s Avery Director of the Library, said: “Will Alexander’s papers are a perfect fit at The Huntington, where literary excellence and groundbreaking scholarship are nourished and celebrated. We are delighted to have the archive of a poet who, as he has put it himself, is ‘into the electricity of language.’”