News Release - The Huntington Acquires the Papers of Dana Gioia, Former California Poet Laureate and Chair of the National Endowment of the Arts 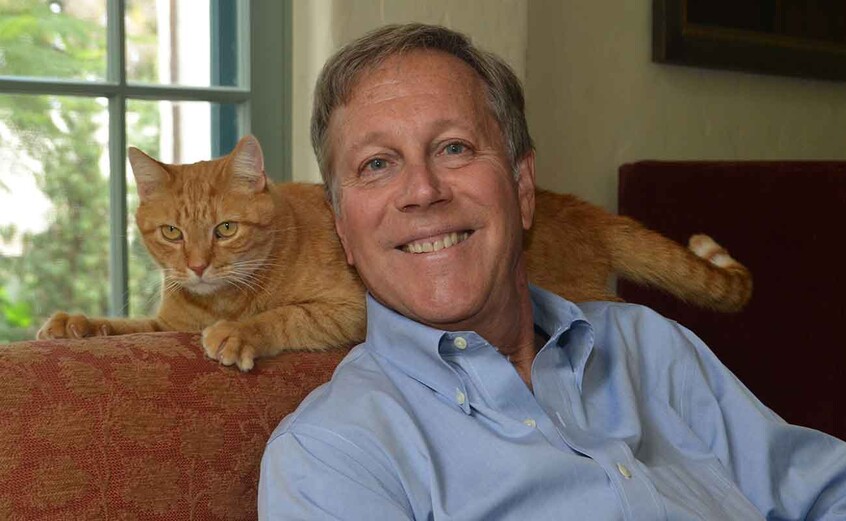 The Huntington Library, Art Museum, and Botanical Gardens announced today that it has acquired the papers of Dana Gioia, an internationally acclaimed poet and writer who served as the chair of the National Endowment for the Arts from 2003–09 and as the California Poet Laureate from 2015–19.

SAN MARINO, Calif.— The Huntington Library, Art Museum, and Botanical Gardens announced today that it has acquired the papers of Dana Gioia, an internationally acclaimed poet and writer who served as the chair of the National Endowment for the Arts from 2003–09 and as the California Poet Laureate from 2015–19.

Having published poems for many years while working as a businessman, Gioia exploded onto the national poetry scene in 1991 with the publication of his provocative essay "Can Poetry Matter?" in The Atlantic.

In subsequent decades, Gioia made literary writing his life's work and exerted great influence on contemporary culture, not only as a poet and essayist, but also as a translator, editor, anthologist, opera librettist, teacher, and advocate for the arts.

The archive documents Gioia's work as a poet through fastidiously maintained drafts of poems and essays from his books, which include five books of poetry and three books of critical essays. He is one of the most prominent writers of the "New Formalist" school of poetry, a movement that promoted the return of meter and rhyme, although his arts advocacy work situates him in a broader frame.

"In his correspondence, you see a writer who has been willing to engage the young and old, the esteemed and emergent—anyone who wants to critically discuss poetic form, contemporary audiences for poetry, and the importance of literary reading during decades when popular culture has become increasingly visual and attention spans have fractured," said Karla Nielsen, curator of literary collections at The Huntington. "We are delighted that Dana has entrusted his papers to The Huntington, where his collection fits perfectly. He is a local author—he grew up in a Mexican/Sicilian American household in Hawthorne—and even as he attained international recognition as a poet and assumed the chairmanship of the NEA, he remained loyal to the region and invested in Los Angeles' unique literary communities."

"I'm delighted to have my papers preserved in my hometown of Los Angeles, especially at The Huntington, a place I have loved since the dreamy days of my childhood," said Gioia.

While the range of correspondents in the collection is broad and eclectic, the sustained letter writing with poets Donald Justice, David Mason, and Ted Kooser is particularly significant.

Gioia's work co-editing a popular poetry anthology textbook with the poet X. J. Kennedy from the 1990s to the present will interest scholars working on canon formation during those decades when the "culture wars" were a politically charged issue.

A portion of the materials represent Gioia's work as an advocate for poetry and the arts at the NEA and as the California Poet Laureate. This work is integral to his career and will be important to scholars interested in the place of poetry and the role of reading for pleasure within greater debates about literacy and literary reading at the beginning of the 20th century.

The Huntington's formidable strength in collecting literary materials, particularly in the area of poetry, began with Henry E. Huntington's focus on collecting the history and culture of English-speaking peoples. The Ellesmere manuscript of Geoffrey Chaucer's Canterbury Tales and outstanding Shakespeare print holdings anchor these broad and deep collections. Among the exceptional Romantic poetry holdings at The Huntington are Percy Bysshe Shelley's autograph notebooks and the illuminated books of William Blake, as well as important manuscripts by Robert Burns. At The Huntington, Gioia's archive joins that of another businessman poet, Wallace Stevens; that of a very different but also quintessentially Los Angeles poet, Charles Bukowski; and those of two other New Formalist poets, Henri Coulette and Robert Mezey.

"The papers of Dana Gioia join a long and distinguished roster of collections at The Huntington whose authors have helped shape literary history," said Sandra L. Brooke, Avery Director of the Library at The Huntington. "This collection will provide scholars with a wealth of material to explore the cultural vitality of literature and the arts not only in California but across the nation."

Visitor Information
The Huntington is located at 1151 Oxford Road, San Marino, CA, 12 miles from downtown Los Angeles. It is open to the public Wednesday through Monday from 10 a.m. to 5 p.m. Closed Tuesdays. Information: 626-405-2100 or huntington.org. (Check website for updates during this period of closure due to COVID-19.)