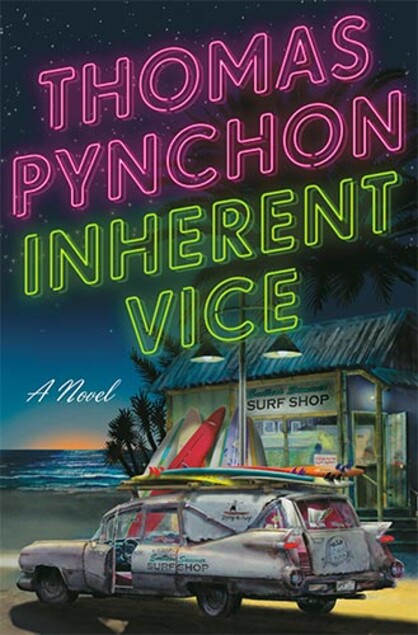 SAN MARINO, Calif.—The Huntington Library, Art Museum, and Botanical Gardens announced today that it has acquired the archive of American author Thomas Pynchon, considered by many to be among the greatest novelists of our time. Comprising 70 linear feet of materials created between the late 1950s and the 2020s—including typescripts and drafts of each of his novels, handwritten notes, correspondence, and research—Pynchon’s literary archive offers an unprecedented look into the working methods of one of America’s most important writers.

The author of eight novels thus far and one short story collection, Pynchon, whose work has been translated into more than 30 languages, has influenced generations of diverse and important writers. “Bringing a writer of Pynchon’s caliber to The Huntington is an expression of our long-standing investment in American history and culture, while underscoring our commitment to 20th-century and contemporary literature,” said Karen R. Lawrence, president of The Huntington. Lawrence, a literary scholar whose research focuses on James Joyce, noted that The Huntington’s support of advanced research in the humanities, as well as the depth and breadth of the library’s historical collections, will enable contextual and sustained inquiry into Pynchon’s work.

The author’s son, Jackson Pynchon, compiled and represented the archive. “When The Huntington approached us, we were excited by their aerospace and mathematics archives, and particularly attracted to their extraordinary map collection,” he said. “When we learned of the scale and rigor of their independent scholarly programs, which provide exceptional resources for academic research in the humanities, we were confident that the Pynchon archive had found its home.”

Born on Long Island in 1937, Thomas Pynchon attended Cornell University and served two years in the Navy. While working as a technical writer for Boeing, he wrote his first novel, V., which was published to immediate critical acclaim in 1963 and won the William Faulkner Foundation Award for best debut novel.

Pynchon’s follow-up novel, The Crying of Lot 49, became an instant cult classic. Published in 1966, it has since become one of the most frequently adopted American novels in university courses worldwide. In 1974, Pynchon received the National Book Award for Gravity’s Rainbow, a touchstone of American postwar literature that Tony Tanner deemed “one of the great historical novels of our time and arguably the most important literary text since Ulysses.” The author received a MacArthur “genius grant” in 1988, and his most recent novel, Bleeding Edge, was short-listed for the National Book Award in 2013.

When critic Harold Bloom was asked in 2009 which single work of American fiction he would choose from the last century for his “canon of the American sublime,” he said, “It would probably be Mason & Dixon, if it were a full-scale book, or if it were a short novel it would probably be The Crying of Lot 49. Pynchon has the same relation to fiction, I think, that my friend John Ashbery has to poetry: He is beyond compare.”

An author who defies easy classification, Pynchon wrestles with the transcendence and the tragedy of American history, his voice marked by a yearning for the beauty of America’s ideals, a frustration with the depth of the nation’s contradictions, and a cautious optimism in the promise it offers the world. As Anthony Lane wrote in his review of Mason & Dixon, “The novel is as tolerant and capacious as its creator would like an ideal America to be.”

Unlike many American novelists who are associated with only one region, Pynchon has set his novels from coast to coast and beyond. However, “Pynchon’s interest in American history has also been one that returns repeatedly to California—from The Crying of Lot 49 to Vineland to Inherent Vice,” said Karla Nielsen, The Huntington’s curator of literary collections. Inherent Vice, his 2009 private-eye novel set in 1970s Los Angeles, was adapted into a film by Paul Thomas Anderson in 2014.

“We expect Pynchon’s archive to attract profound attention from those wishing to better understand his work,” noted Sandra Ludig Brooke, Avery Director of the Library at The Huntington. “We are honored that Pynchon has entrusted his papers to The Huntington and look forward to stewarding them into a long future for American cultural history.”

The Huntington is home to more than 11 million library items and annually provides access to some 2,000 scholars, who use the collections in their research projects and many of whom are funded through a robust fellowship program. The Library holds significant manuscripts by the most important writers of the 15th through the early 20th centuries, ranging from Chaucer to Shakespeare, Mary Shelley to Charles Dickens, and Edgar Allan Poe to Jack London. Later 20th-century literary archives include the papers of Kingsley Amis, Christopher Isherwood, Charles Bukowski, and Octavia E. Butler.

The Pynchon archive is currently being processed and is slated to be opened to qualified researchers within the next year.