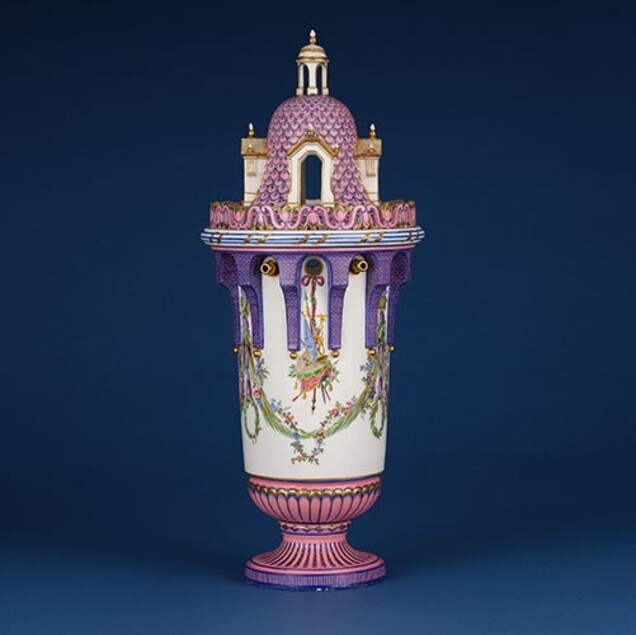 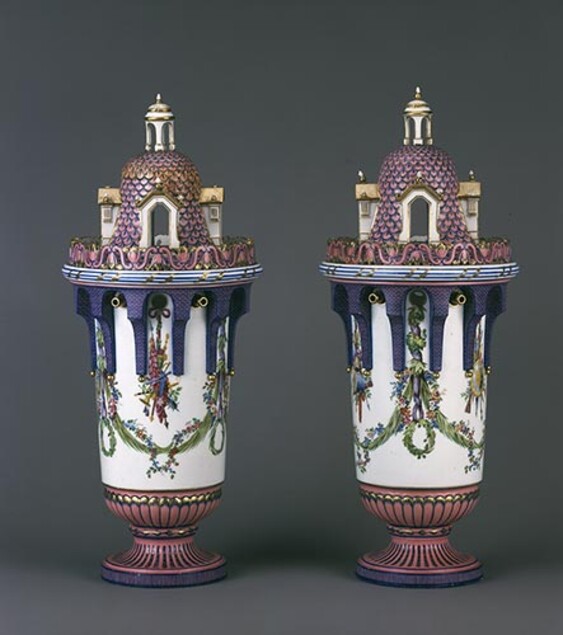 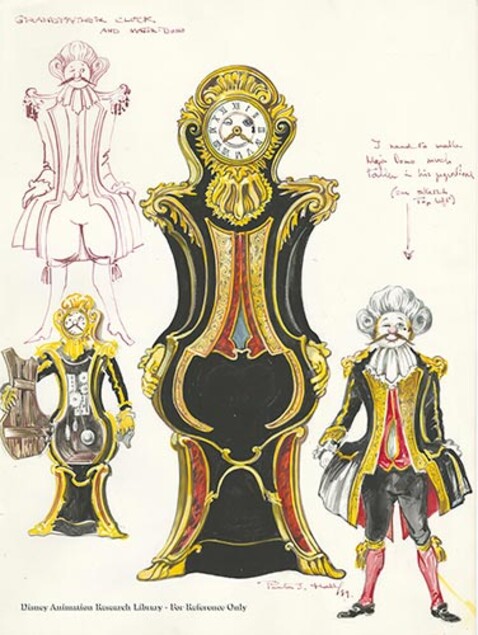 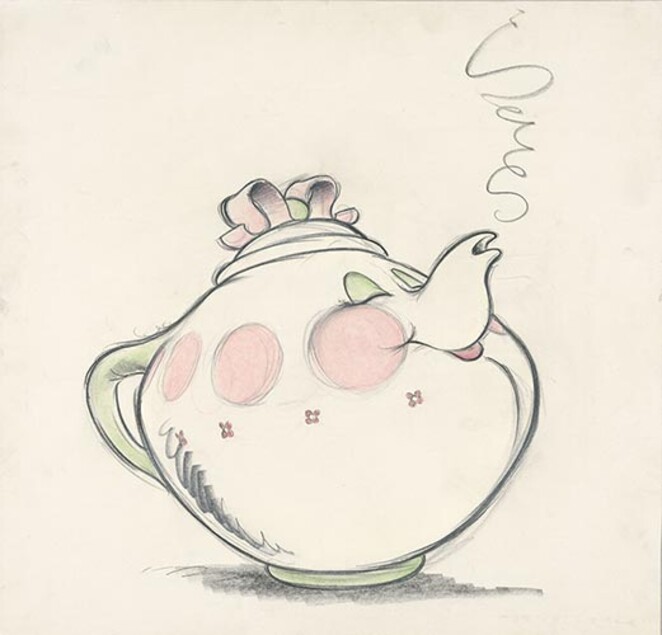 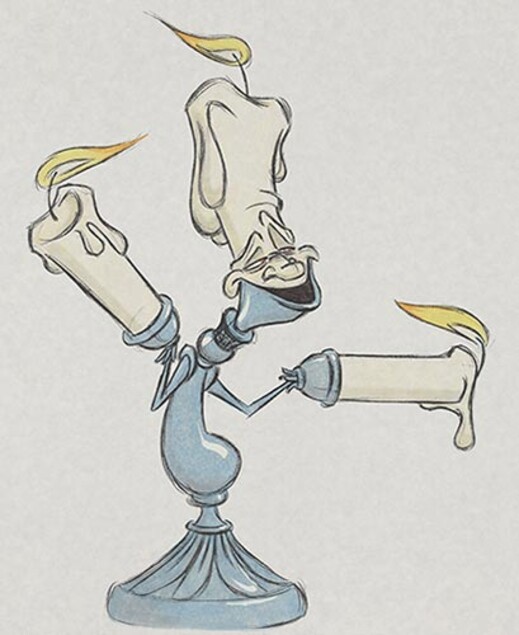 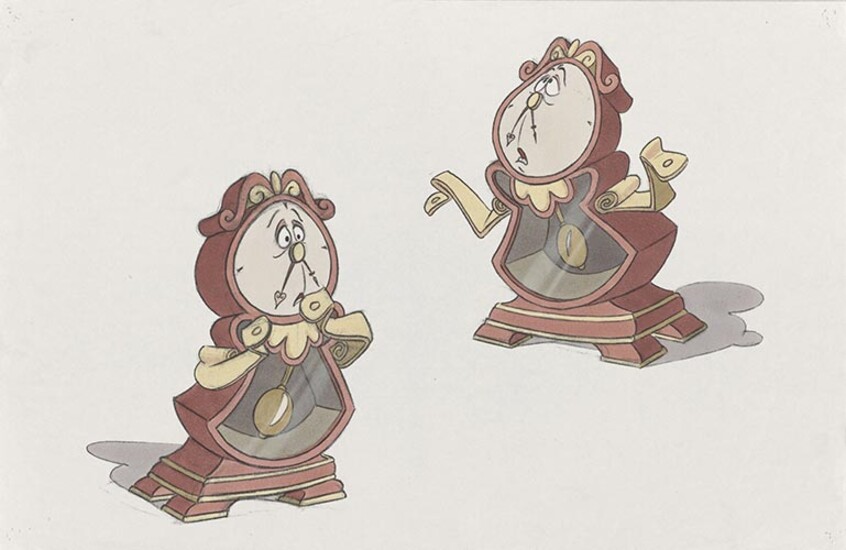 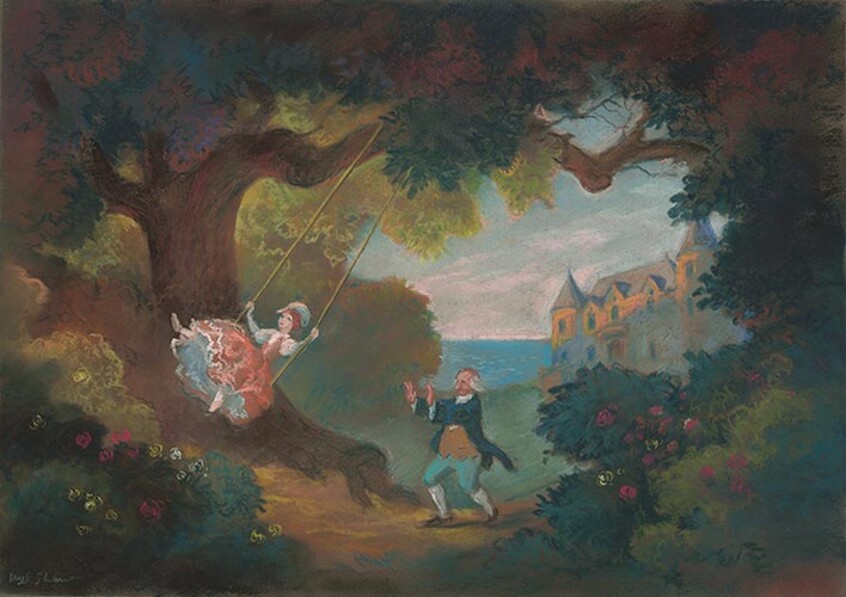 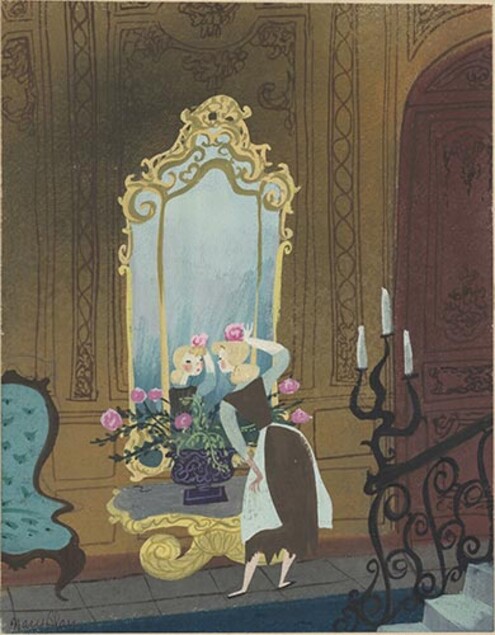 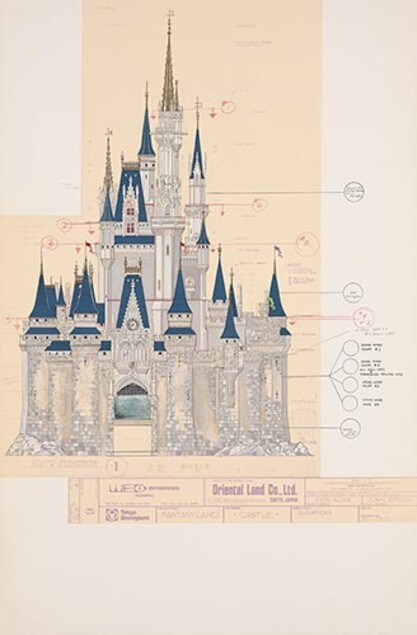 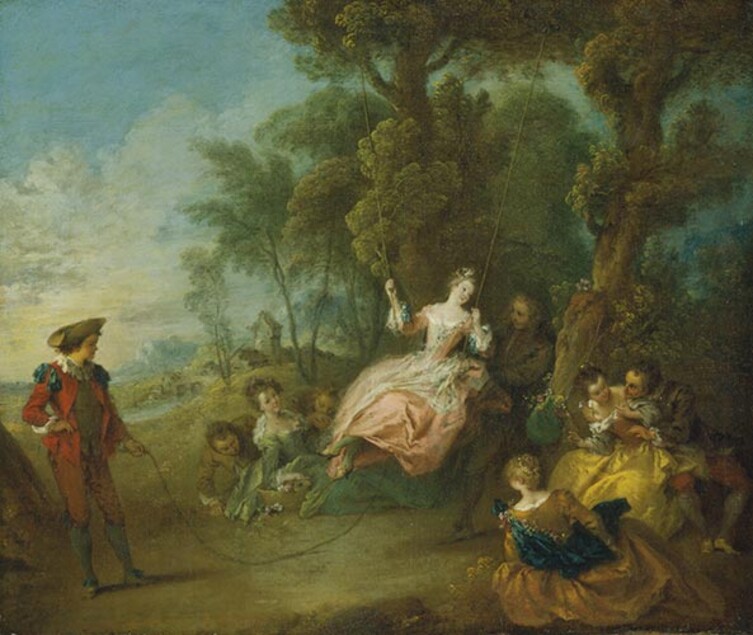 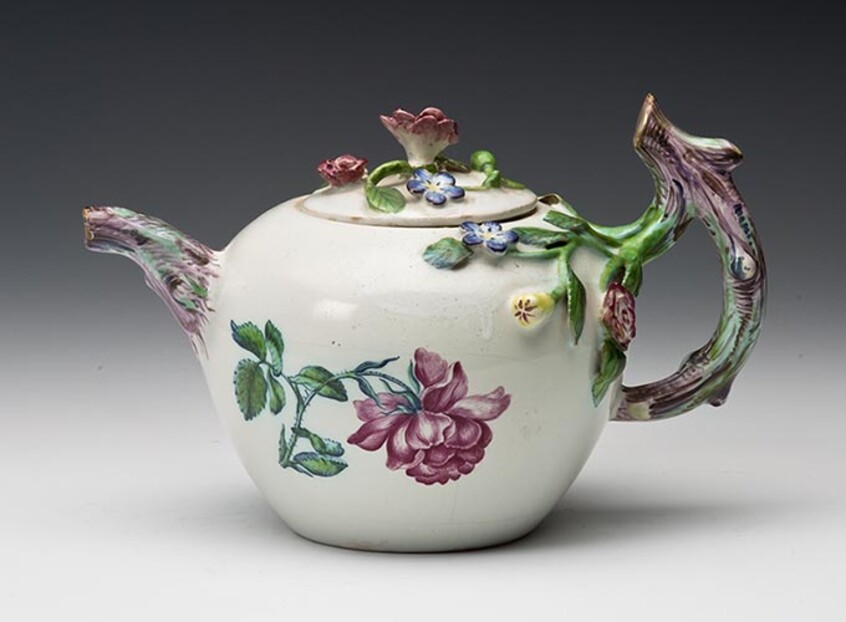 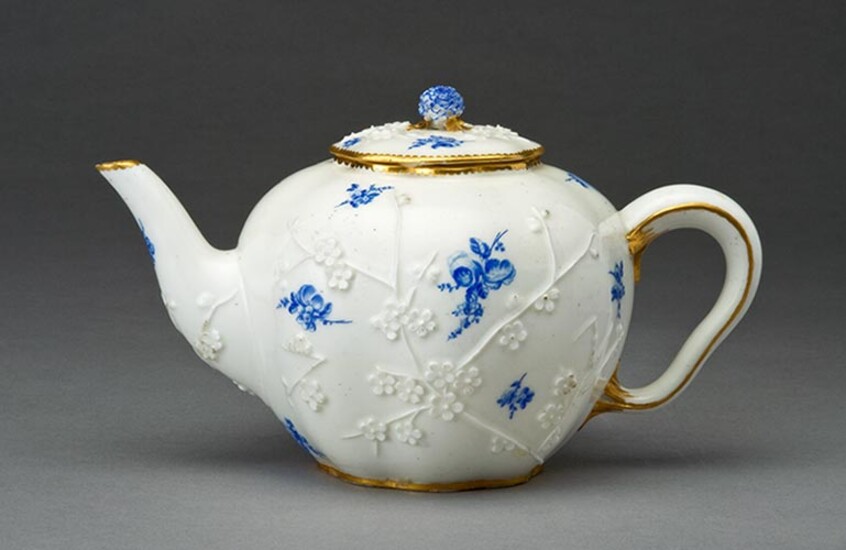 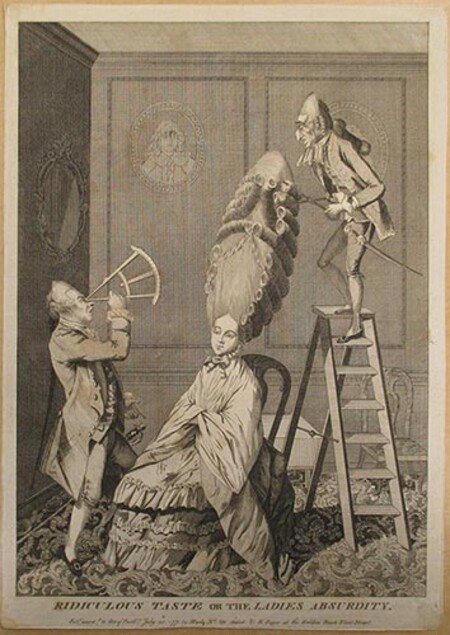 SAN MARINO, Calif.—The Huntington Library, Art Museum, and Botanical Gardens will present the international traveling exhibition “Inspiring Walt Disney: The Animation of French Decorative Arts” from Dec. 10, 2022, through March 27, 2023. Organized by the Metropolitan Museum of Art in New York and the Wallace Collection in London in association with The Huntington, the exhibition explores the early inspirations behind Disney Studios’ creations, examining Walt Disney’s fascination with European art and the use of French motifs in Disney films and theme parks.

Approximately 50 works of 18th-century European decorative art and design, many of which are drawn from The Huntington’s significant collection, will be featured alongside hand-drawn production artworks and works on paper from the Walt Disney Animation Research Library, Walt Disney Archives, Walt Disney Imagineering Collection, and The Walt Disney Family Museum.

The exhibition’s presentation at The Huntington coincides with the 100th anniversary of the founding of the Walt Disney Company.

“We are thrilled to partner with our colleagues at the Met and the Wallace Collection to bring ‘Inspiring Walt Disney’ to Southern California,” said Christina Nielsen, Hannah and Russel Kully Director of the Art Museum at The Huntington. “The exhibition is a fun and fascinating way to share with a wide audience works from The Huntington’s stellar collection of French decorative art, which are key examples of how art history has inspired popular culture.”

Exhibition Overview
Walt Disney (1901–1966) had a deep affection for France, having served there as an ambulance driver following World War I. It was then that he first became fascinated with Europe and European art. “Inspiring Walt Disney” highlights his art and architecture encounters during return trips following the war. Those visits became a profound source of inspiration for both himself and his studios; they also sparked his passion for collecting and building miniature furniture and dollhouse furnishings, foreshadowing the kind of creativity he would exercise in the creation of new “worlds” through his theme parks and films.

The concept of “Animating the Inanimate” is explored in the first section of the exhibition, which features French and German Rococo porcelain figurines alongside story sketches for The China Shop (1934), one of Disney’s “Silly Symphonies.” These types of whimsical porcelain figures, originally inspired by the pastoral scenes of French Rococo painter Antoine Watteau and his contemporaries, were brought to life by the first generation of Disney animators. The exhibition suggests connections between the remarkable technological advancements of the Meissen and Sèvres porcelain manufacturers over the course of the 18th century and the cinematic innovations pioneered by Disney animators at the beginning of the 20th century.

The next sections of the exhibition focus on two early animated features. The Cinderella (1950) section spotlights the barrier-breaking female artists who managed to enter the creative realm of Disney Studios, especially the celebrated Mary Blair. The exhibition also highlights the medieval sources that Disney artist Eyvind Earle and his colleagues consulted for the style of Sleeping Beauty (1959). In 2011, The Huntington’s conservation team restored the Walt Disney Archives’ Sleeping Beauty prop book, several pages of which will be on view in the exhibition.

Another part of “Inspiring Walt Disney” is devoted to Disney’s most Rococo film, Beauty and the Beast (1991), famous for featuring inanimate objects that come to life—from the level-headed Mrs. Potts to the charismatic Lumiere. “Rococo art is all about movement, so it naturally lends itself to animation,” said Melinda McCurdy, The Huntington’s curator of British art and the exhibition’s venue curator. “Items like candlesticks twist and turn and stretch out their branches like arms. It’s easy to see how such objects can seem to take on human characteristics and inspire characters like Lumiere in Beauty and the Beast.” The exhibition explores anthropomorphism and zoomorphism in 18th-century French literature and decorative arts, the interiors of the movie’s enchanted castle, and the design and animation of the Beast and other characters. Disney’s satirical take on Rococo fashion will be explored alongside works from The Huntington’s collection of macaroni prints—18th-century illustrations that poked fun at the extreme fashion worn by the upper classes at the time.

Disney architecture is also examined, specifically the fairy-tale castles that are central focal points in many Disney movies and theme parks. While the fantastical buildings exist outside actual periods and styles, Disney’s artists were heavily influenced by French and German architecture when creating their settings, particularly for the theme parks. The centerpiece of this section is the first bird’s-eye view illustration of Disneyland, drawn by Herbert Ryman under Walt Disney’s guidance over one weekend in the fall of 1953, as well as the only two known pairs of so-called Tower vases, made by Sèvres around 1762–63 and reunited for the first time. One pair is from The Huntington’s collection, and the other is on loan from the Metropolitan Museum of Art.

“Like Disney’s castles, The Huntington’s Tower vases combine structure and whimsy,” McCurdy said. “They are functional potpourri pots designed to look like miniature fortified towers, complete with high shingled roofs surmounted by cupolas, arched buttresses painstakingly painted to look like brickwork, and gilded cannons. They are among the most elaborate productions of the Sèvres Manufactory, and their large size and intricate decoration mark them as objects of great luxury.”

A fully illustrated catalog, Inspiring Walt Disney: The Animation of French Decorative Arts, by Wolf Burchard—the curator of the exhibition at the Metropolitan Museum of Art, where he is the associate curator in the department of European sculpture and decorative arts—is available at the Huntington Store or online at thehuntingtonstore.org. It is published by the Metropolitan Museum of Art and distributed by Yale University Press.

Major support for this exhibition is provided by an anonymous foundation, Dorian Huntington Davis, and The Diane and Ron Miller Charitable Fund.

The exhibition was organized by The Metropolitan Museum of Art and The Wallace Collection, in association with The Huntington Library, Art Museum, and Botanical Gardens.