With over 10,000 orchid plants, The Huntington has one of the largest orchid collections in the United States. The collection contains over 3,600 unique varieties, representing 280 genera, including, but not limited to, Paphiopedilum, Phragmipedium, Cymbidium, Cattleya, Stanhopea, and Lycaste.

These orchids and other tropical plants are maintained in three off-view greenhouses and one public conservatory, totaling over 26,000 square feet in space. The extensive diversity of orchids within the collections enable staff to display blooming orchids year-round in the Rose Hills Foundation Conservatory, where examples of rare plants are rotated on a weekly basis for the public to view, appreciate, and interpret. 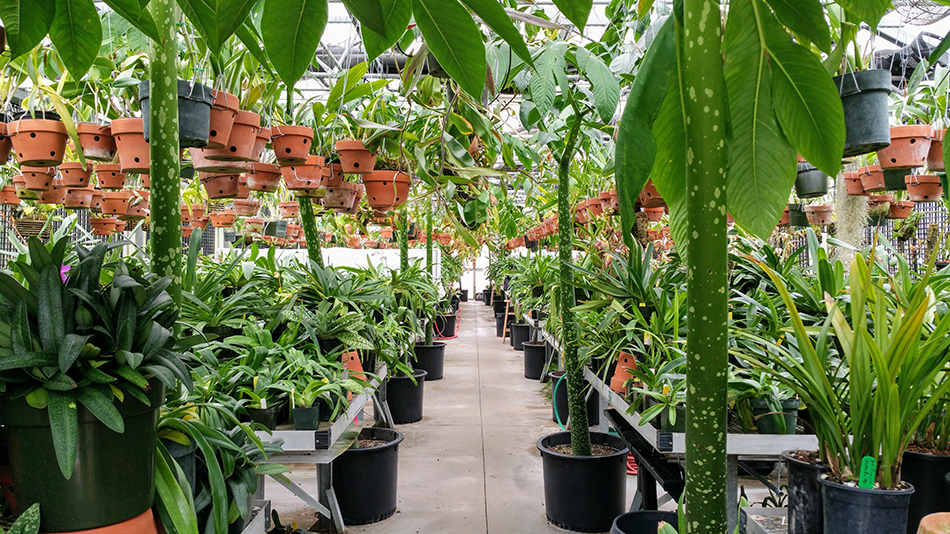 One of the three greenhouses where orchids are grown.

Discovering the Diversity of Orchids

The Orchidaceae family is perhaps the largest in the plant kingdom with 28,000 species in roughly 763 genera, and over 100,000 artificial hybrids. Although no institution can collect every single species or hybrid, The Huntington makes an effort to collect a wide variety of orchid species and hybrids to educate the public on the diversity of this plant group. 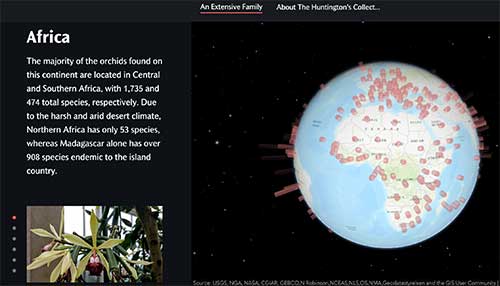 Orchids Around the World on Six Continents
Take a closer look at The Huntington’s orchid collection through an interactive database that charts the diversity of The Huntington's orchids around the world. Explore

Orchids with a Purpose

The orchids that are acquired for the collection serve many purposes for the institution and wider plant community including scientific, interpretive, aesthetic, or conservation value, as well as historical significance. 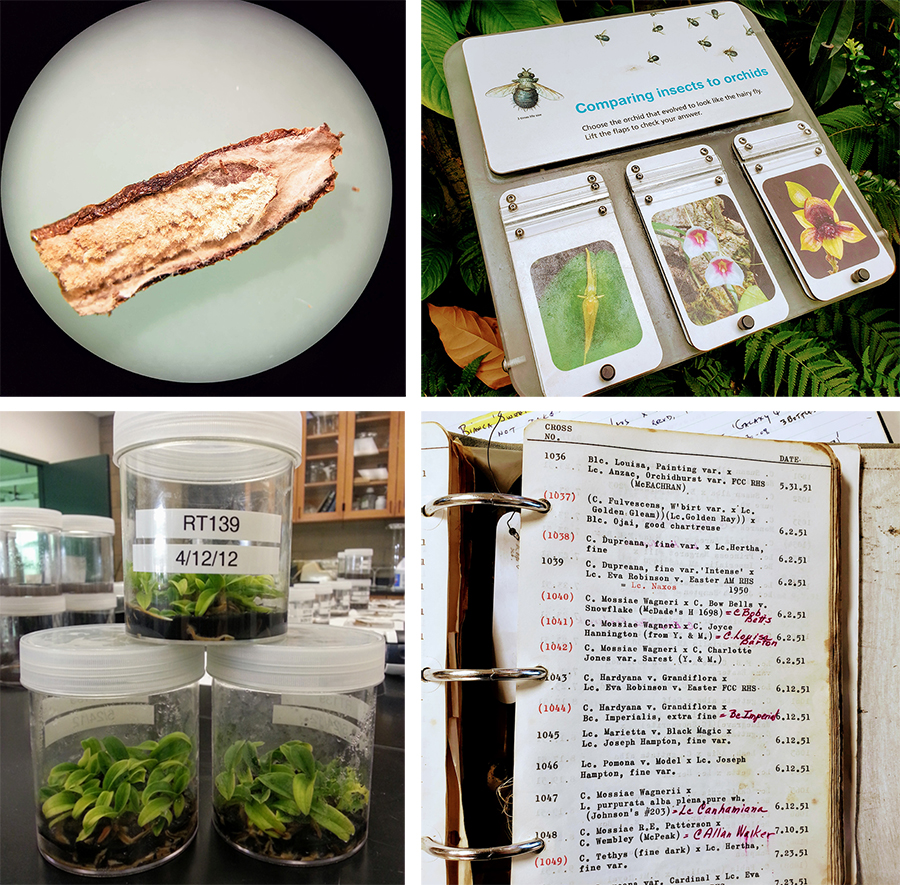 Orchid History at The Huntington

Arabella Huntington had a great interest in orchids. She amassed one the finest private collection of orchids of her time in the early 1900's but it was unfortunately sold to a private collector following the Stock Market Crash of 1929 to provide better financial stability for the institution. The Huntington would not start rebuilding its orchid collection for another 70 years. 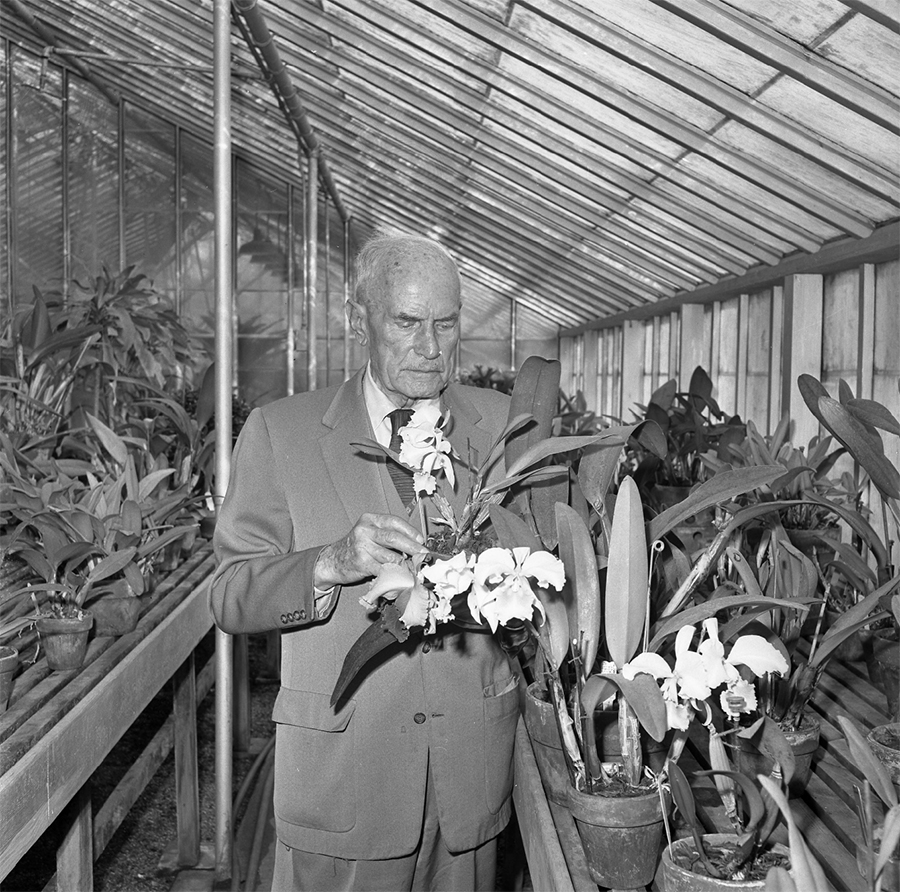 William Hertrich, the first Superintendent of The Huntington, created the framework for the botanical gardens and managed Arabella's orchid collection as part of his responsibilities. At the suggestion of Hertrich, Mr. Huntington visited many English orchid nurseries in order to purchase cymbidiums to grow around The Huntington's estate. Hertrich has been recognized as the first person to experiment with the cultivation of the genus Cymbidium outdoors in California. Hertrich's success with these plants led to the birth of many Cymbidium nurseries throughout Southern California. He continued to play a significant role at The Huntington even in retirement, up until his death in 1966.

Notable Awarded Orchids in the Collection

The Huntington has won over 100 awards from the American Orchid Society including five First Class Certificates and three Certificates of Cultural Excellence.

Awards:
● The Merritt W. Huntington Award, which gives international recognition for the "Most Outstanding Orchid" in the year of 2015 for Paphiopedilum micranthum 'Huntington's Perfection' FCC/AOS
● Lycaste consobrina 'Huntington's Finest' AM/AOS CCE/AOS received the Butterworth Award, which goes to the grower of the plant exhibiting the finest orchid culture.
● Lycaste consobrina 'Huntington's Finest' AM/AOS CCE/AOS also received the Benjamin C. Berliner award, which is given to most outstanding example of the genus Lycaste or its closely allied genera. At the time of judging, it had a total of 287 flowers and 7 buds. 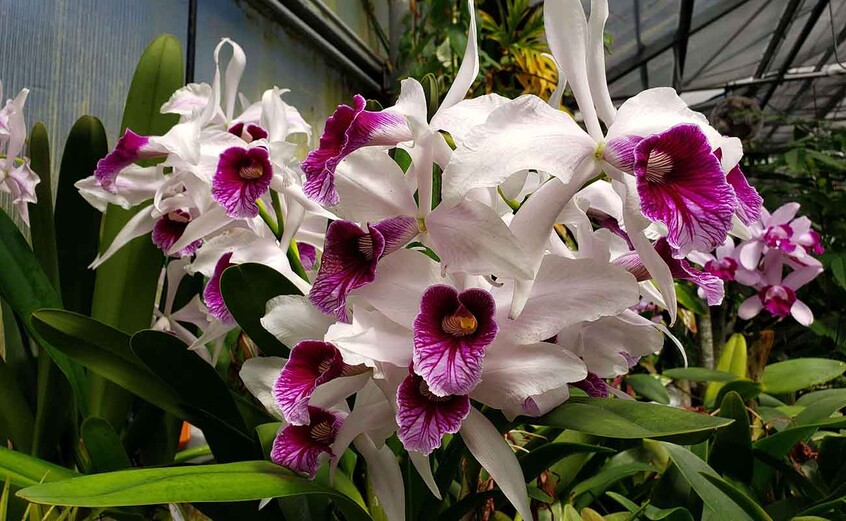 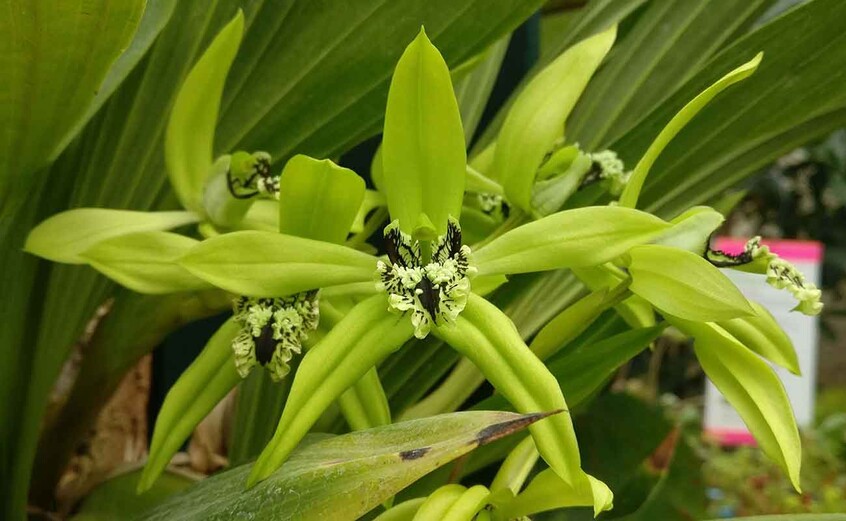 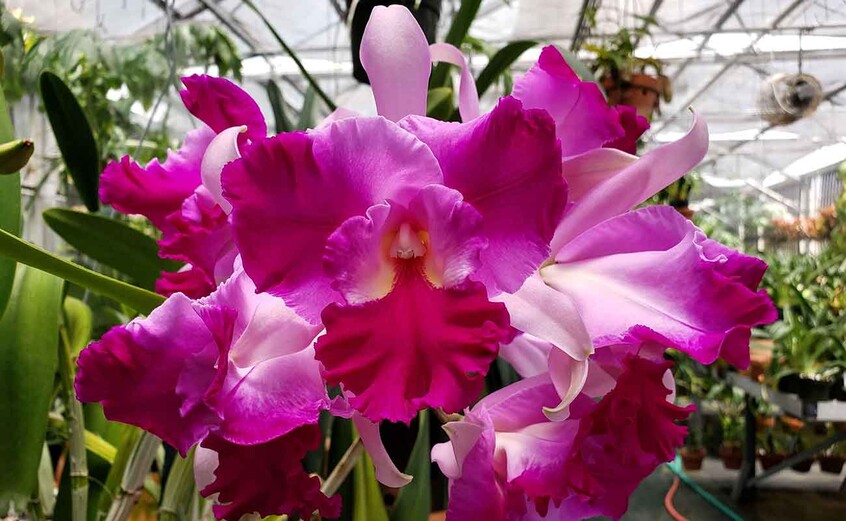 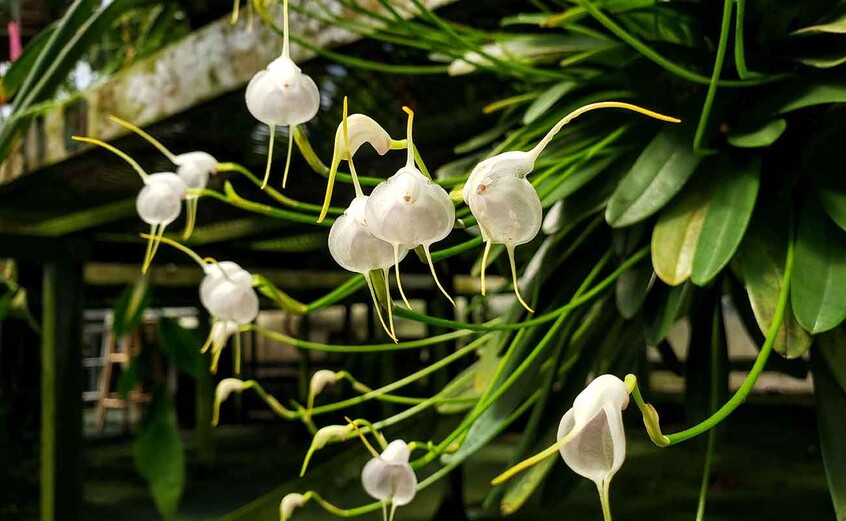 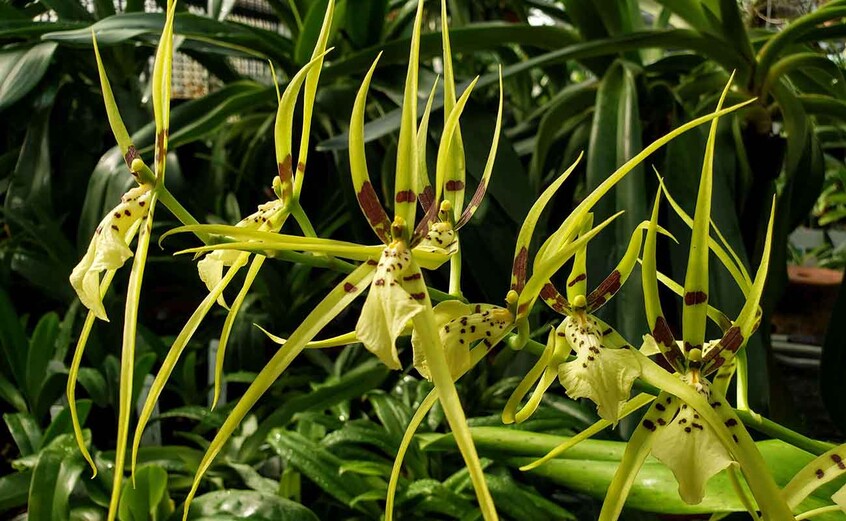 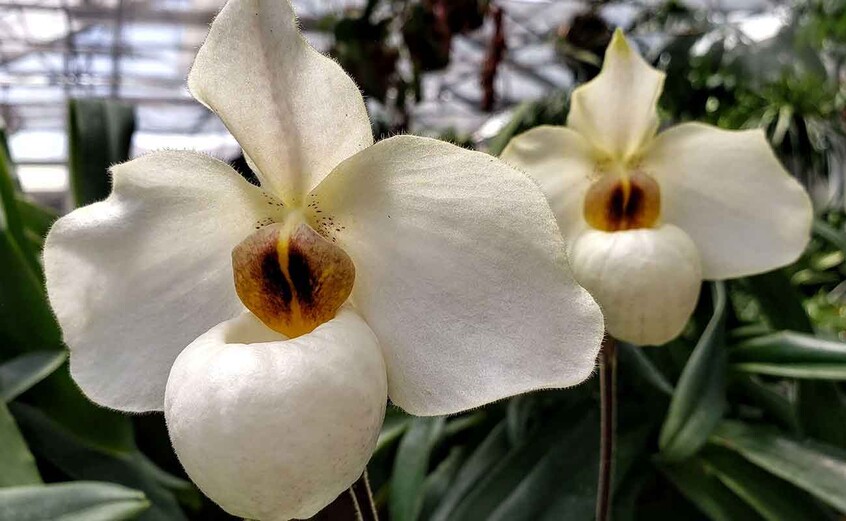 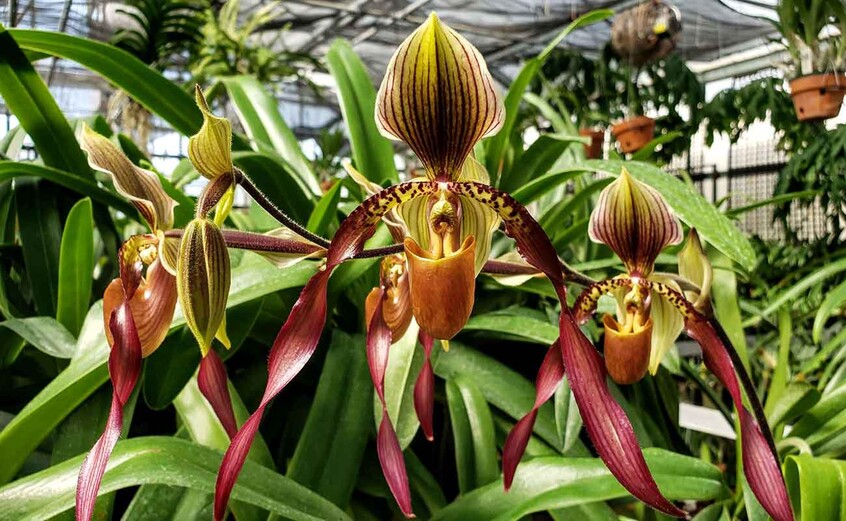 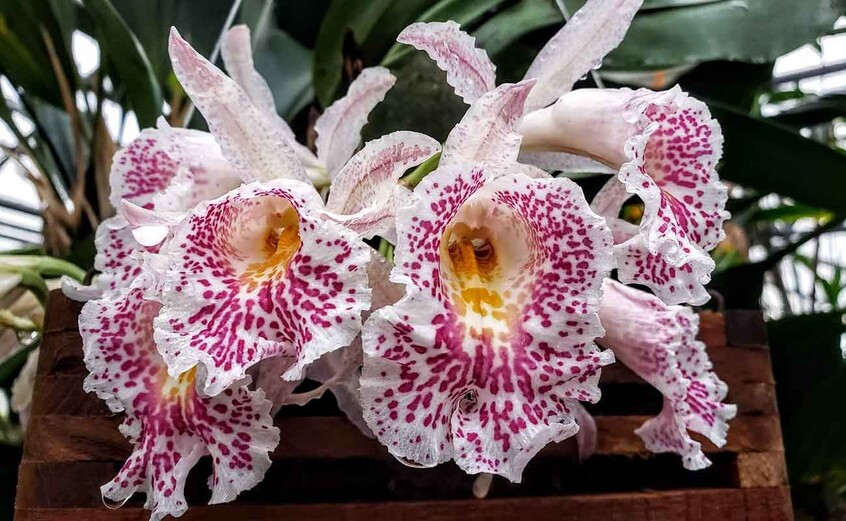 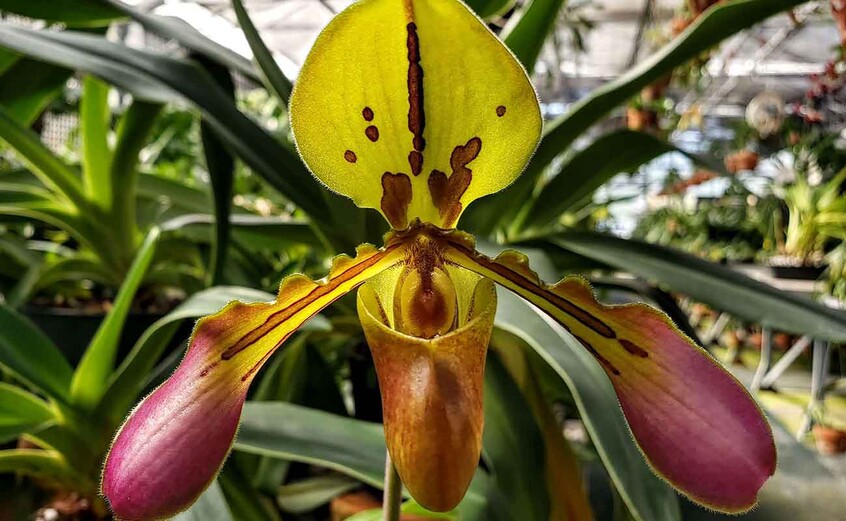 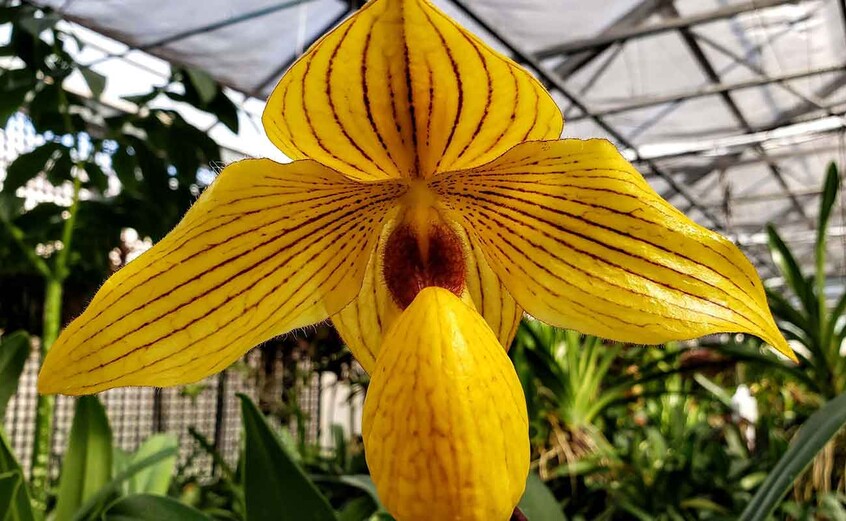