Ninety species of the most decorative and botanically interesting palms native to arid and subtropical lands grace the hillside just south of the entrance and wrap around the north and east sides of the Jungle Garden. The collection constitutes one of the broadest representations of palms on public display in California. 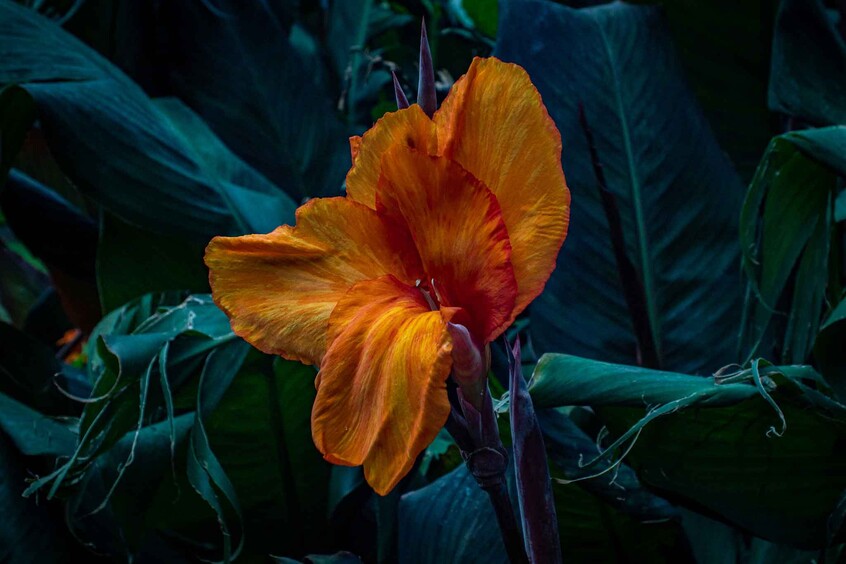 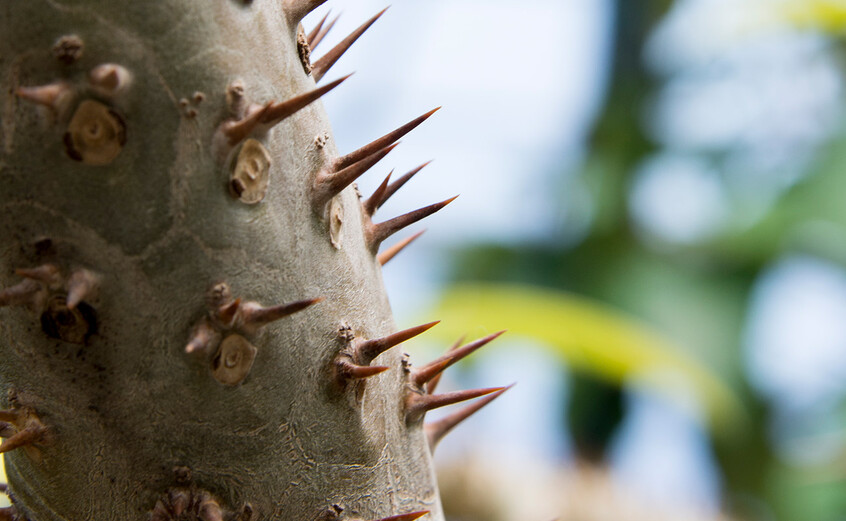 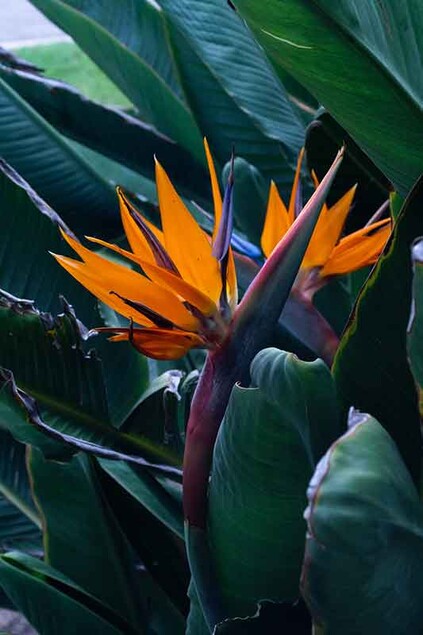 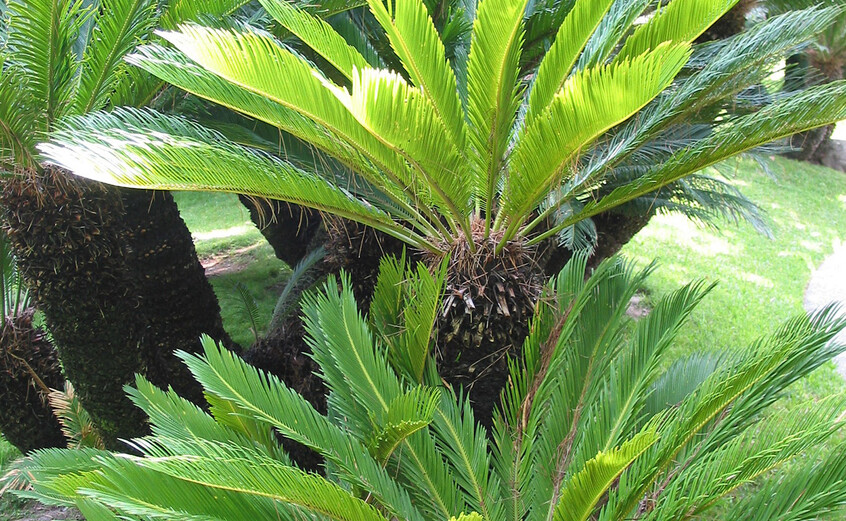 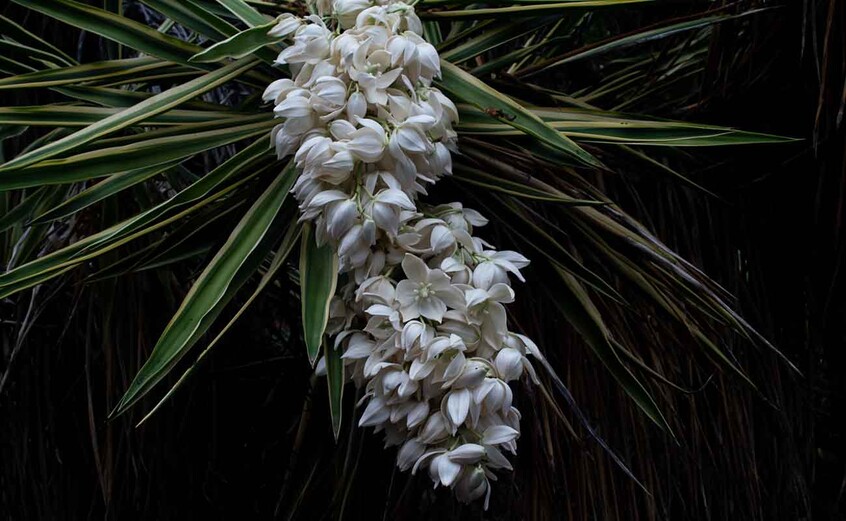 As the gardens of Mr. Huntington's 600-acre ranch were being envisioned, a palm collection was among the first priorities. Huntington greatly admired the tropical appearance and dignified proportions of the trees, and was interested in their horticultural uses. A stately specimen of the Canary Island date palm (Phoenix canariensis) was brought to San Marino from the San Francisco home of Huntington's uncle, Collis, after that residence was destroyed in the 1906 earthquake and fire. The palm, which can be seen today in the northwest section of the Desert Garden, still appears to bear the scars of that great conflagration.

Under the direction of William Hertrich, Mr. Huntington's superintendent, the palm collection steadily increased, but a number of setbacks were encountered. A cold winter in 1913, with temperatures dropping to 22 degrees Fahrenheit, destroyed half of the collection. Most of the lost trees were young or newly planted, which made them especially vulnerable to the freeze. More young specimens succumbed during the severe winter of 1922, and Hertrich began to doubt that an outdoor collection of palms was suitable for the region's climate. But the trees fared better in subsequent freezes, and by the late 1930s, after searching for palms in California, Europe, and Japan, Hertrich had a thriving collection of 450 plants, representing 148 species.

Today, the palm garden has formed a microclimate, where the large, old survivors of those early frosts protect the small and less hardy trees. Special microclimates in the garden are used to test the suitability of the most tender plants, allowing new species to be introduced. Some of the species in the collection are rare and endangered, such as the Chilean Wine Palm (Jubaea chilensis), harvested almost out of existence for the sweet sap it contains, which was used for making a sugar substitute. The Canary Island Date Palm grows to magnificent proportions—up to sixty feet tall with a crown of leaves fifty feet across. It is frequently planted along California’s large boulevards. The Mediterranean Fan Palm (Chamaerops humilis) is the only palm native to Europe. And there’s only one California native as well—the California Fan Palm (Washingtonia filifera). The most commonly planted palm in Southern California is the Mexican Fan Palm (Washingtonia robusta), which is taller with a more slender trunk.

The Huntington's palm collection, located mainly in the Palm and Jungle gardens, continues to expand slowly. New genera and species are being discovered around the world, and the number of palms in the gardens keeps increasing as new ones await planting.