This interdisciplinary program is prompted by The Huntington’s acquisition of a major painting by Cole, Portage Falls on the Genesee, ca. 1839, which was presented to Seward, then New York governor, to hang in the executive mansion in Albany and later in his personal residence, now known as the Seward House Museum, in Auburn, New York.

The conference, organized around 11 short papers, will be arranged in four sessions: Politics and Abolitionism; Native Americans and New York State; Black Experience in New York State; and Environmental Perspectives. There will also be discussion time in The Huntington’s galleries, during which the speakers and the audience can engage in close looking at Cole’s painting and at related works of art.

Conference registration includes free access to the grounds and galleries. 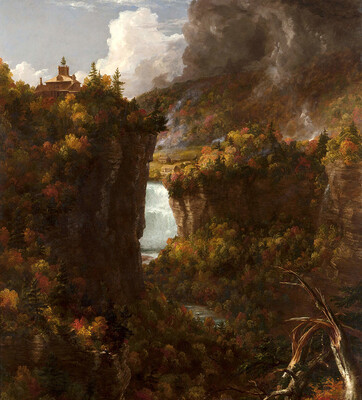