An 18th-Century Star in Stripes 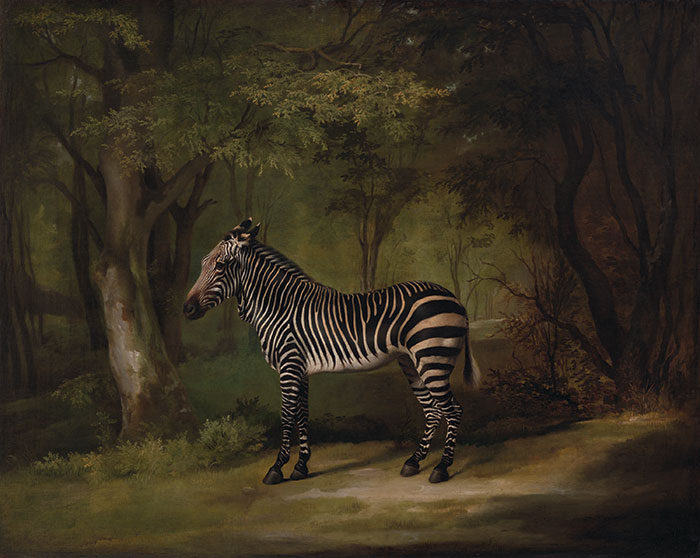 What do a zebra and a musical genius have in common? In the case of George Stubbs’ painting Zebra and Thomas Gainsborough’s portrait of his friend, the composer and musician Karl Friedrich Abel, there is, surprisingly, more than one connection.

First, both the zebra herself and the portrait of the composer were at one time in the collection of Britain’s Queen Charlotte (1744–1818). And, from Feb. 3 to April 30, 2018, both will be on view in the Huntington Art Gallery. 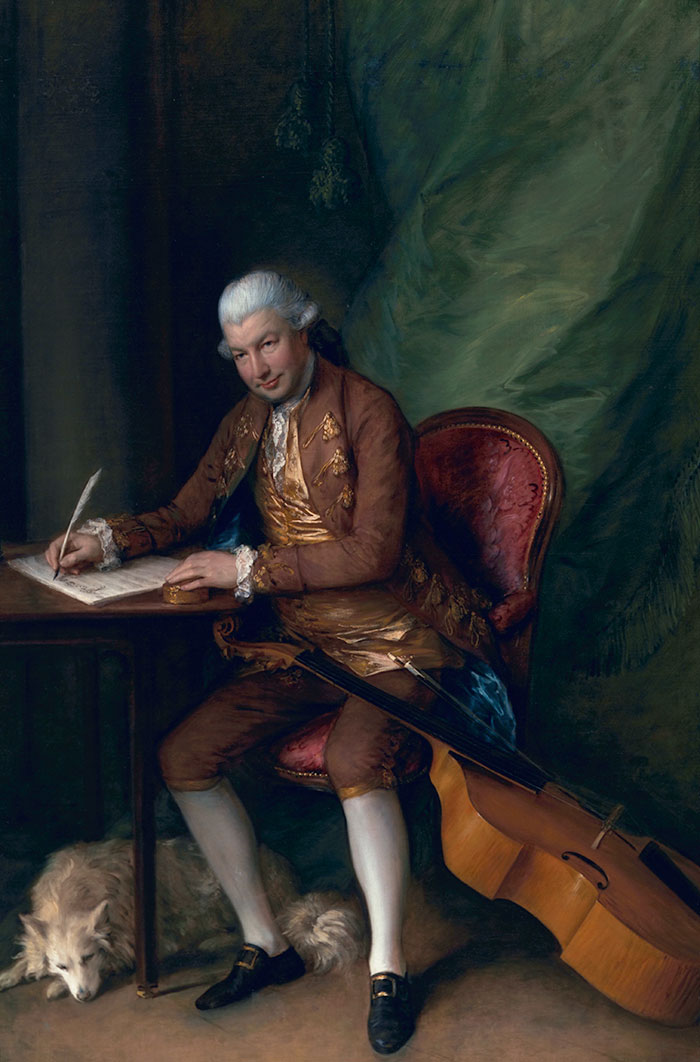 The female zebra painted by Stubbs was among the first of her species to be seen in England. She had been sent by the colonial governor of South Africa in 1762 as a gift for the young queen. When she arrived in London, the zebra was placed in the queen’s menagerie at Buckingham House (now Buckingham Palace) and became an instant celebrity. As one observer noted, the beast “was pestered with visits, and had all her hours employed from morning to night in satisfying the curiosity of the public.” Dubbed the “Queen’s she-ass,” she became an instrument of satire in the hands of caricaturists, and rude songs appeared in broadsheets inviting the public to visit the “Queen’s A--.” 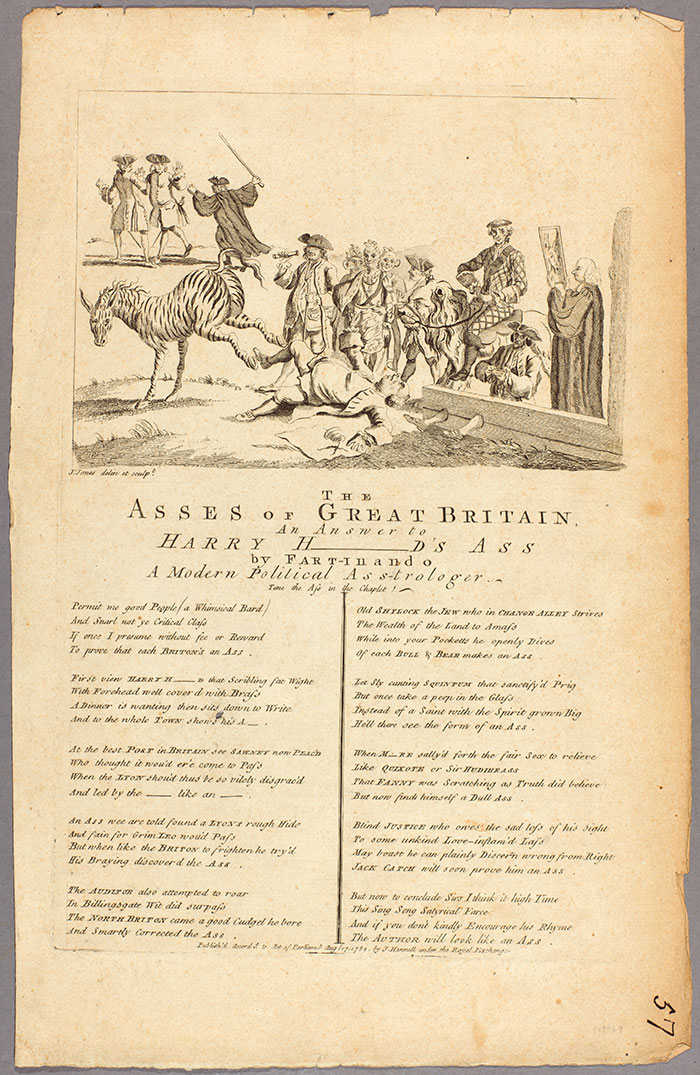 Dubbed the "Queen's she-ass," the zebra depicted by Stubbs became an instrument of satire in the hands of caricaturists, and rude songs about her appeared in broadsheets. The asses of Great Britain, an answer to Harry H----d's ass by fart-inando a modern political astrologer, 1762. The Huntington Library, Art Collections, and Botanical Gardens.

Zebra is the first in a series of portraits of exotic animals that Stubbs would later produce for his friends and patrons, the Scottish anatomists William and John Hunter, though this particular canvas remained in his studio at his death. It was likely William, one of the queen’s doctors, who arranged for the artist’s access to the zebra, and her portrait displays all the hallmarks of Stubbs’ careful observation of animal form. The artist was famous for his ability to accurately portray the muscles and bone structure of horses, as seen in The Huntington’s painting of a jockey and racehorse in action, Baronet with Sam Chifney Up. Stubbs coupled his artistic interest in equines with scientific study, performing dissections and even publishing a treatise, The Anatomy of the Horse (1766).

Stubbs’ attention to anatomy is in full evidence in Zebra, which accurately depicts the differences between this species and the horse, including the backward position of the ears and the tufted tail. In fact, he has so accurately painted the pattern of stripes on the zebra’s hide that zoologists have been able to identify this particular animal as a Cape Mountain zebra. 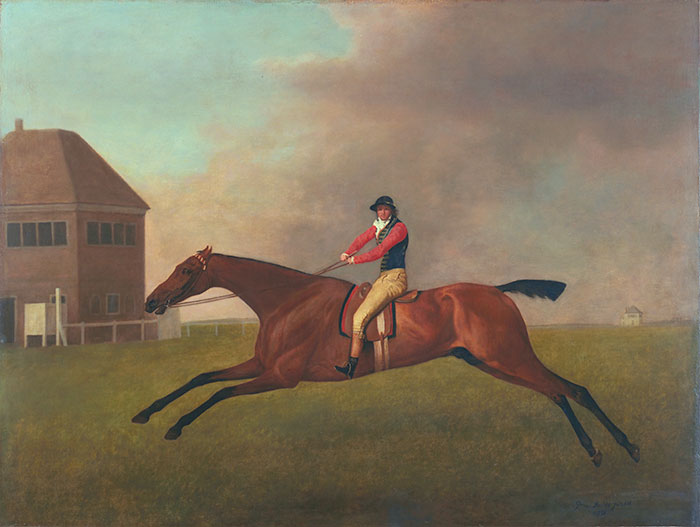 Stubbs’ Zebra is more, however, than a record of precise scientific observation. A powerful example of an artist’s ability to evoke an emotional response in the viewer, this poignant image tugs at our heartstrings. Rather than depict her as she would appear in her native habitat, Stubbs places the zebra alone amidst the lush green of an English forest. The trees overwhelm her little figure, and her striped hide, meant to provide camouflage in the grass of the savanna, stands out sharply against the deep shade of the foliage. Her body is turned to the side in an exposed and vulnerable pose, and her expression, ears slightly flattened and eye seemingly heavy-lidded, gives the sense that she is aware of her displacement, and is perhaps longing for her faraway home.

Stubbs’ ability to endow his Zebra with a sense of life and personality has endeared this painting to audiences for more than 200 years, making it one of the best loved animal paintings of all time. On loan from the Yale Center for British Art in New Haven, Conn., George Stubbs’ Zebra will be charming audiences in the Huntington Art Gallery for a limited time only (Feb. 3 to April 30, 2018). Come visit this loveable stripe-clad celebrity while you can.