Before There Were Yearbooks 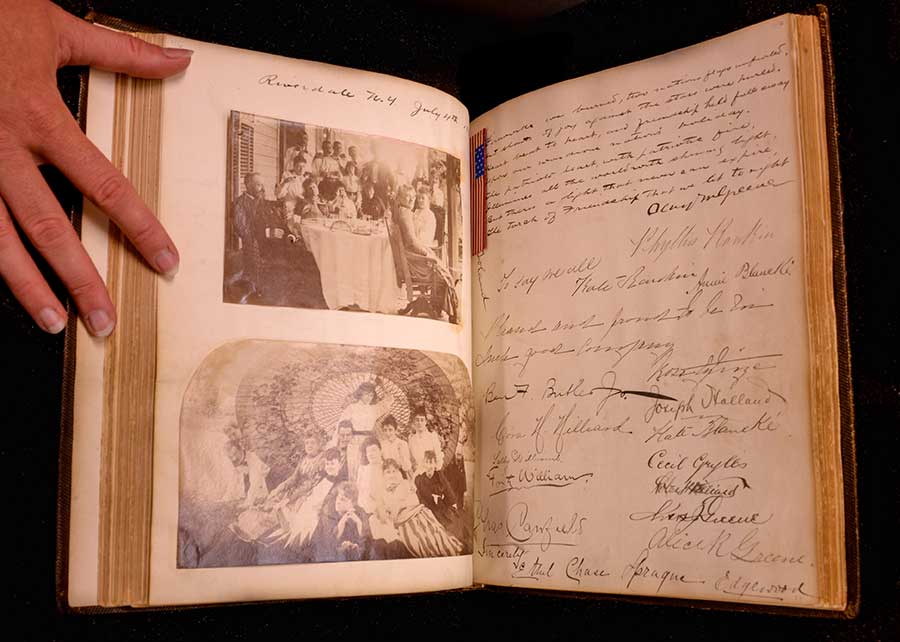 This is the season when students start scribbling words like "Have a great summer!" in each other's yearbooks, celebrating the end of another year of school. But where did this business of collecting signatures and well-wishes first begin?

Before there were yearbooks, there were autograph albums. Keeping an Album amicorum or “book of friends” was first popularized among university students in 16th-century Germany, and the books were primarily used to record signatures. But they also included quotes, advice, and fond messages from students, professors, and people of note. It was not until the late 18th century that autograph albums arrived in the U.S., reaching peak popularity during the Civil War. 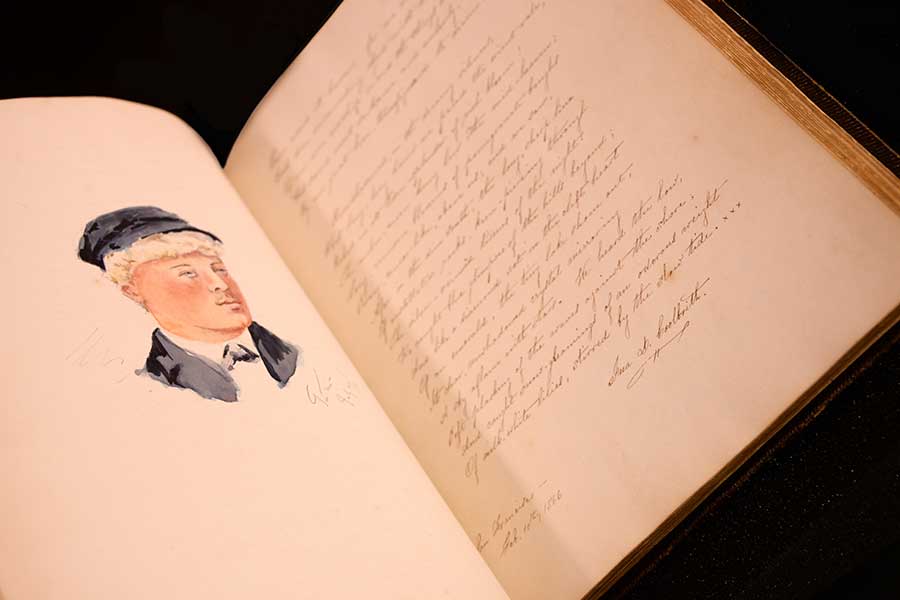 An original illustration by an unknown artist alongside a handwritten poem by California’s first poet laureate, Ina D. Coolbrith, found within the pages of Stoddard’s autograph album. Photo by Deborah Miller.

There are a number of autograph albums in The Huntington’s collections, most from the 19th century. While the owners often led unremarkable lives, the albums they kept are filled with original signatures, poems, advice, and even musical scores from the likes of Oscar Wilde, Ina Coolbrith, Rudyard Kipling, Mark Twain, and James Whitcomb Riley.

Other pages reveal incredibly detailed drawings and sketches, some unfinished and some carefully inked and painted. 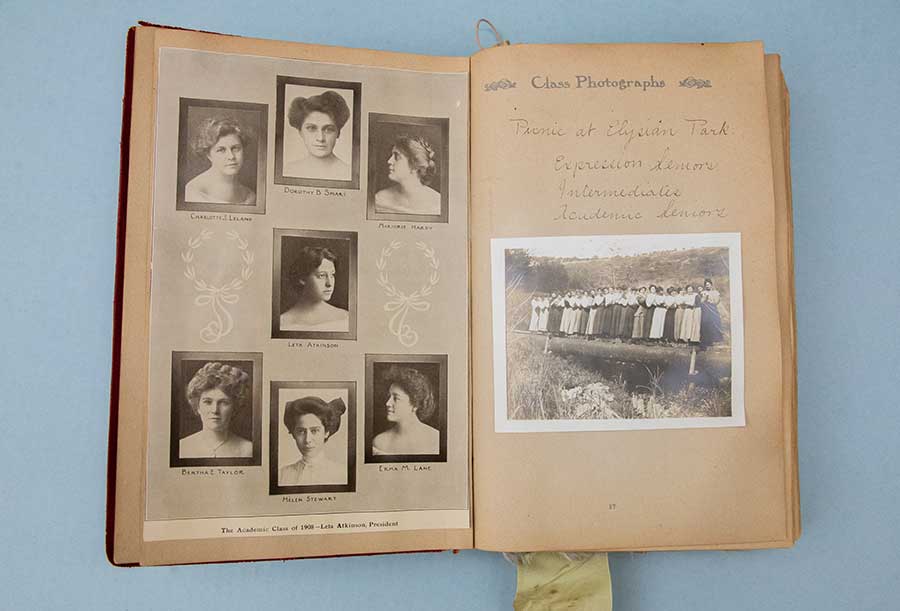 A scrapbook containing photographs, writings, and ephemera related to student Bertha Taylor’s tenure at, and graduation from, the Cumnock School of Expression in Los Angeles, Calif., in 1908. Photo by Deborah Miller.

Eventually, the tradition of keeping a personal album was replaced by such products as scrapbooks, guest books, and (you guessed it) yearbooks. In a student album from 1908, you can see the emergence of the modern yearbook format: Photos of teachers and students are pasted into the pages, and the book includes printed sections dedicated to social events, handwritten reminiscences, class autographs, and ephemera from school productions and programs.

There is even a typewritten chart listing the ambitions, occupations, and phrases of students in the senior class—reminiscent of the class pages often found in yearbooks today, detailing which student has the best smile or is most likely to become president. 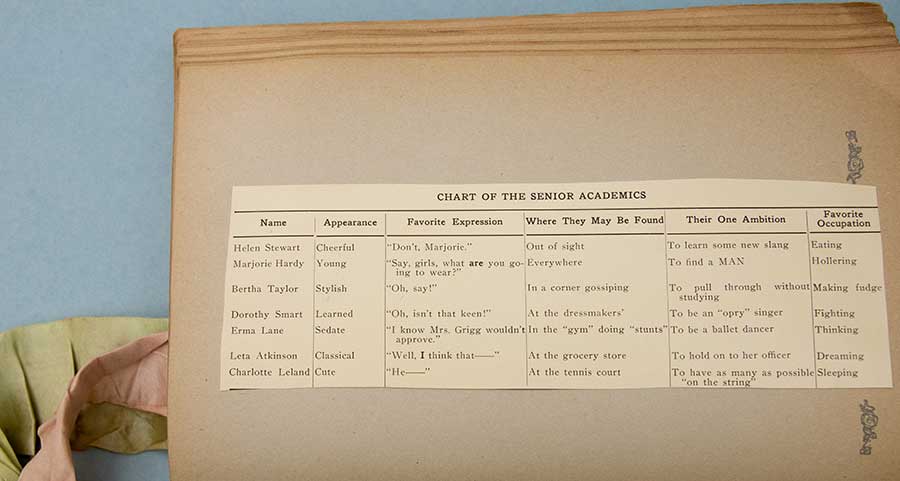 This chart in Bertha Taylor’s 1908 scrapbook—listing the ambitions, occupations, and phrases of students in the senior class of the Cumnock School of Expression in Los Angeles—are reminiscent of the class pages often found in yearbooks today. Photo by Deborah Miller.

Looking at how these records of friendship have evolved through the centuries, you feel nostalgic in a way that you rarely do looking at a Facebook post or Instagram story. The pages offer a tangible reminder of friendships as they were, preserved through time.

Deborah Miller is the social media manager in the office of communications and marketing at The Huntington.