The Library Tells the Story of “Nineteen Nineteen” 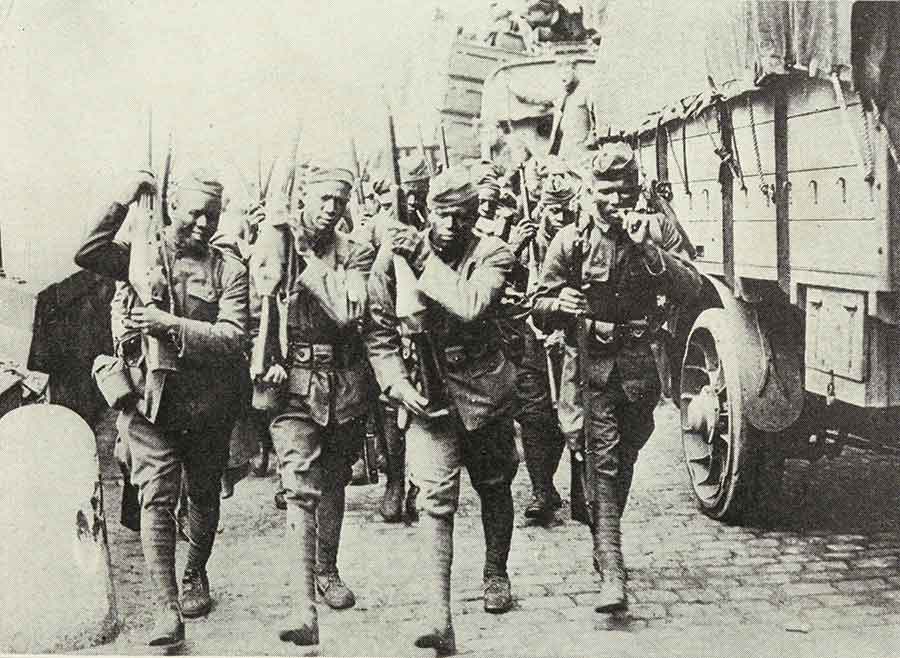 Once asked by the press if he planned to write a memoir, the famously private Henry E. Huntington demurred. "This library will tell the story," he replied.

Faced with the challenge of creating an exhibition to mark the centennial of The Huntington Library, Art Museum, and Botanical Gardens, co-curators Jenny Watts and James Glisson decided to take Mr. Huntington at his word: They delved into the collections on a quest to tell the story of the founding year, one that was tumultuous and portentous worldwide. In doing so, they chose to foreground the historical context in which The Huntington came to be – during a year of a major flu pandemic, the end of a horrific war, issues of social justice and race relations, and beyond. Every one of the 250 objects in the “Nineteen Nineteen” exhibition (on view in the MaryLou and George Boone Gallery though January 20, 2020) was made, published, edited, exhibited, or acquired in that year. 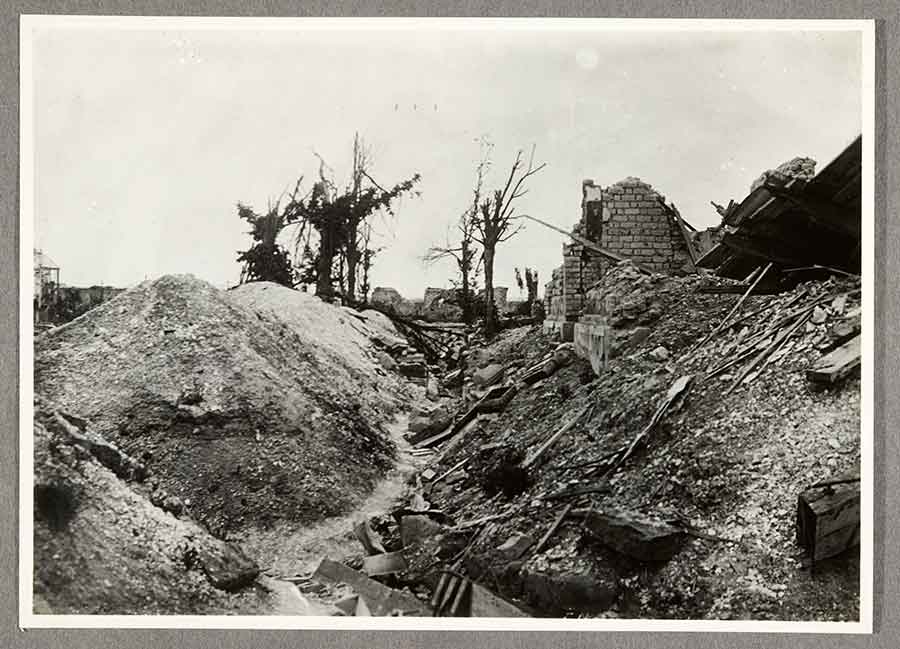 Says Glisson, the Bradford and Christine Mishler Associate Curator of American Art, "Rather than telling a neat, resolved story, we tried to recapture the jarring experience of life during a year that everyone at the time understood was an inflection point in world history."

“Fight,” the first of five broadly themed sections in the exhibition, speaks to the immediate aftermath of the cataclysm of World War I, a time of labor unrest, racial violence, an influenza epidemic, and uncertainty about the future. “Where do we go from here?” many asked. 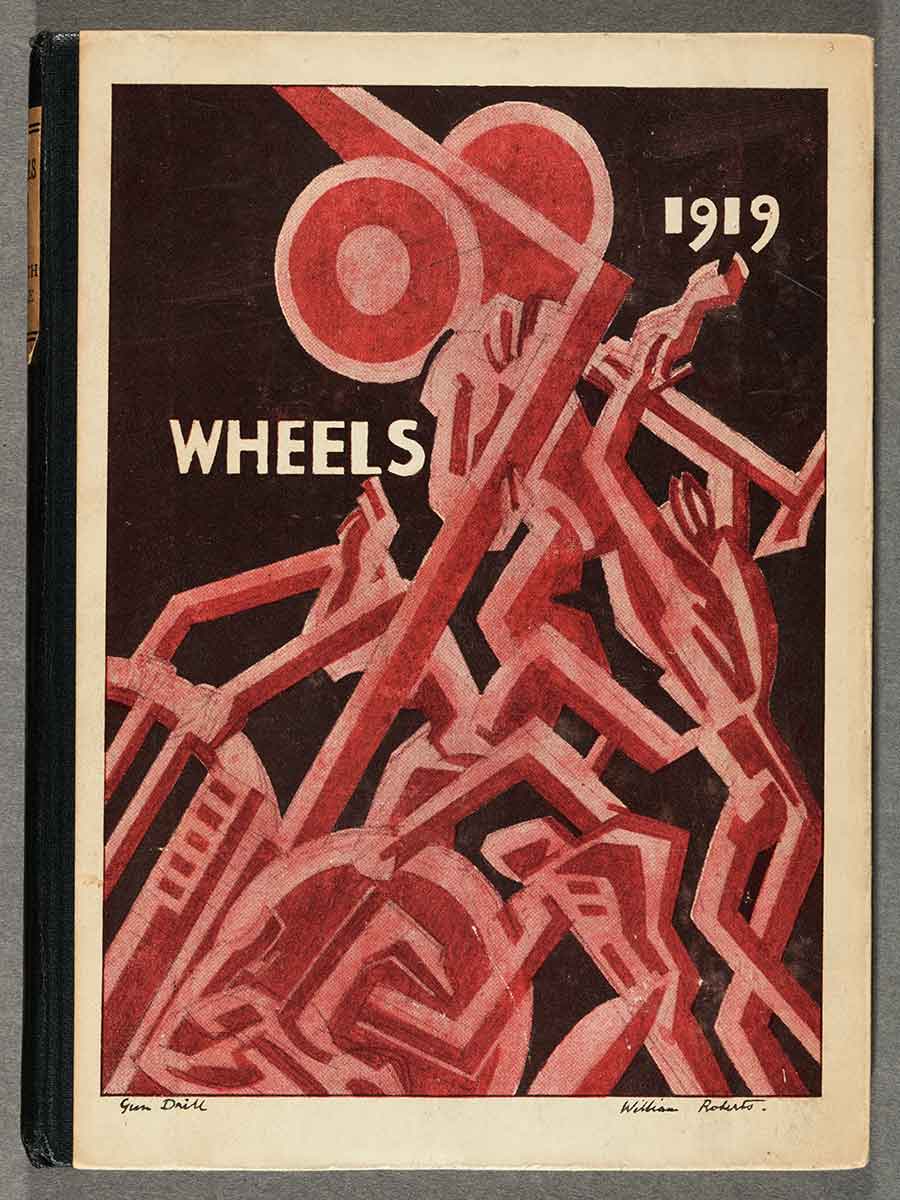 Amid the arresting items on display in "Fight"—and the subsequent sections, "Return," "Map," "Move," and "Build"—are compelling indicators of directions the world would take.

The cover of The Suffragist, a magazine published by the National Women's Party, shows the allegorical figure of "Justice" embracing "American Womanhood." The illustration, captioned "At Last," symbolizes Congressional passage of the Constitutional amendment granting women the vote after a decades-long struggle. The states ratified the amendment the following year, and it became law. 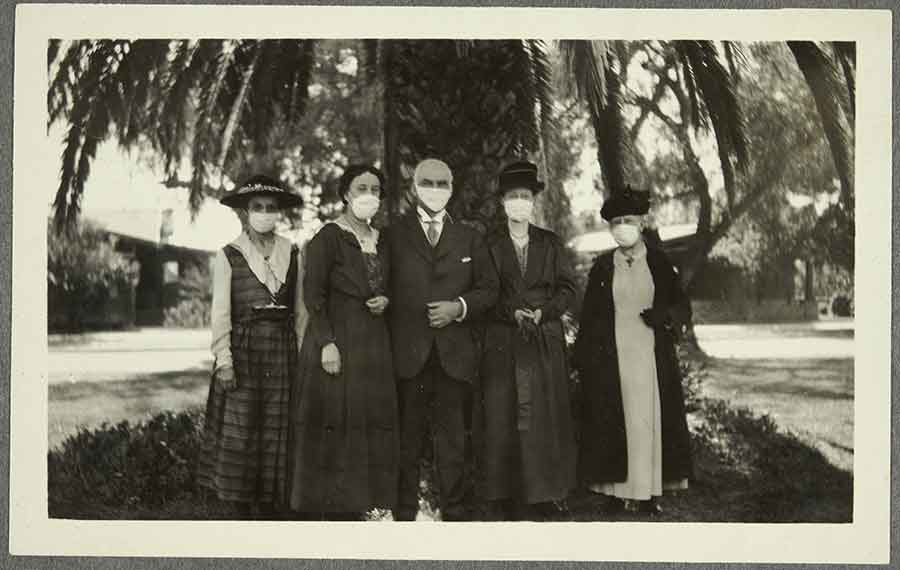 An early, soft-focus photograph by Edward Weston of choreographer-dancer Ruth St. Denis in the canvas tent of her outdoor studio in Los Angeles captures the self-assurance of the iconoclastic performer who helped pave the way for modern dance. The cover of the British poetry anthology Wheels bears William Roberts' illustration "Gun Drill." Roberts, who served as a gunner in World War I, reflects the disruption and fragmentation of the work of such artists as Pablo Picasso who smashed traditions of the past and defined modern art.

One of the biggest draws in the exhibition is the 39-foot-long "Pacific Electric Railway Map of Pasadena Short Line," a map hand drawn on linen, showing the streetcar route between Pasadena and downtown Los Angeles. The map embodies Huntington's vision of developing greater Los Angeles by putting in place a system of carefully plotted transportation routes. 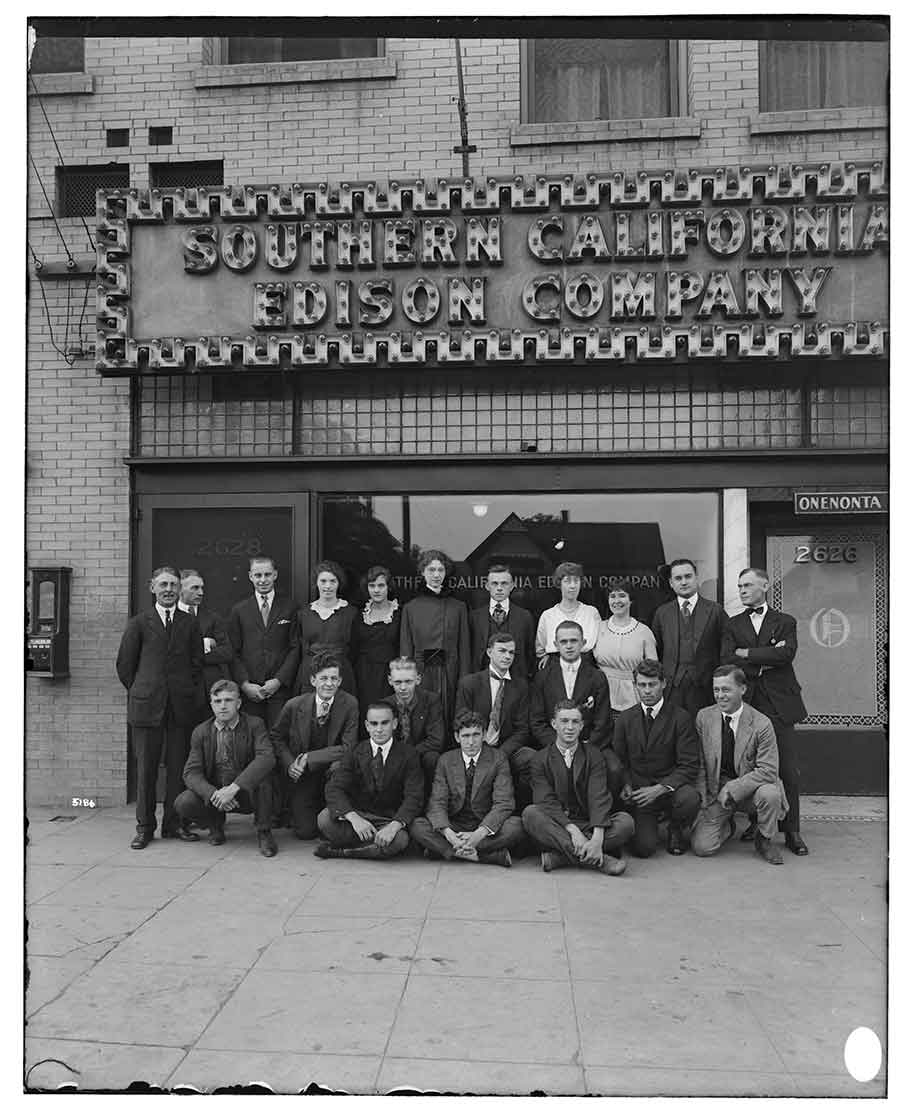 Huntington laid hundreds of miles of track from the mountains to the sea and built the world's largest regional transportation system in the second decade of the 20th century. "Huntington very much delineated the topographic and demographic contours of Southern California," notes Jenny Watts, curator of photography and visual culture. She points to the real estate plots adjacent to Huntington's Pacific Electric lines. Huntington bought vast tracts of unincorporated land and ran his lines out to them. The strategy paid off. "The Pacific Electric never turned a significant profit. The streetcars were the loss leader that served his suburban real estate interests," she says. 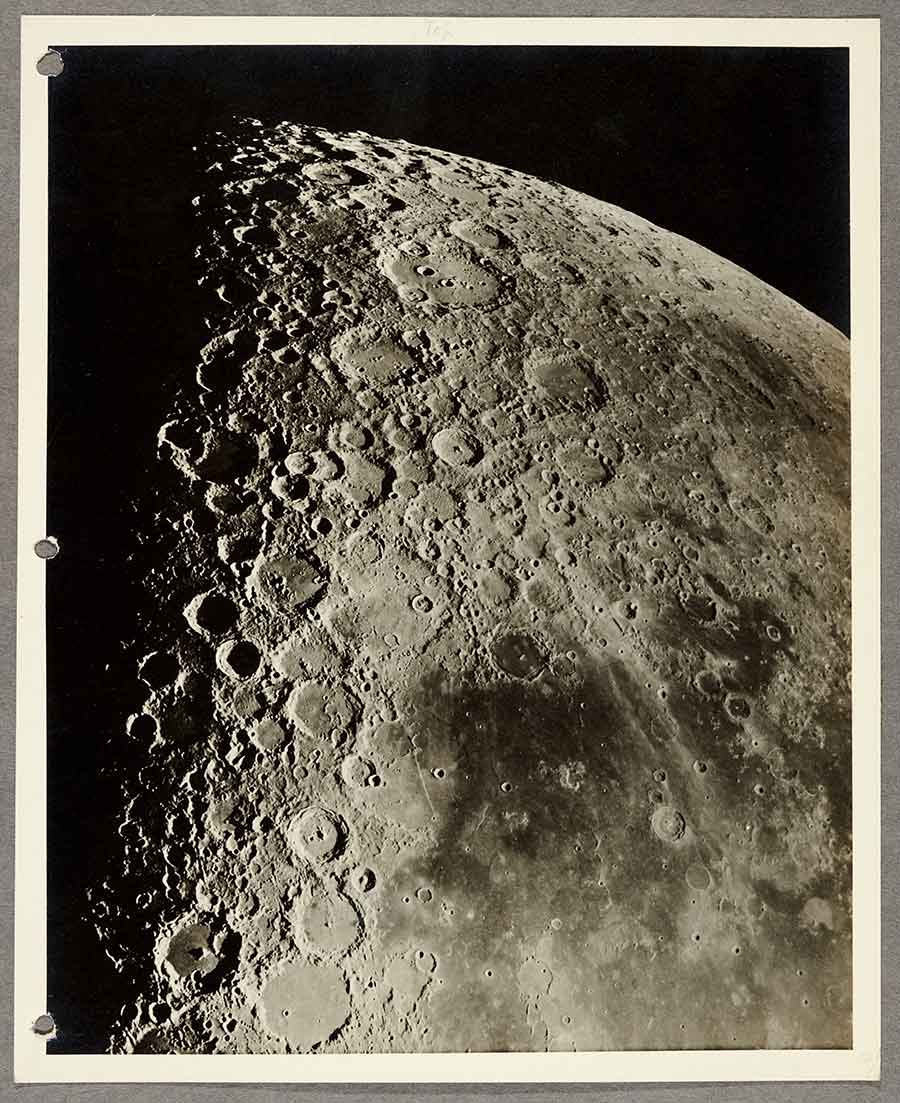 Up on Mount Wilson, the astronomer Francis G. Pease probed the secrets of heavenly bodies. The observatory's 100-inch Hooker telescope was the world's largest at the time, and he used it to photograph the moon. "The level of visual detail is extraordinary for its day," says Watts.

"Collecting," a subsection of "Build," contains a selection of the 35 volumes that Henry Huntington displayed for the New York Authors Club in December 1919. Among them: the original manuscript of the Autobiography of Benjamin Franklin; the Wampanoag Bible, the first printed bible written in a Native American language in the English colonies; the Private Journal of Aaron Burr; and a Book of Hours from 16th-century France. 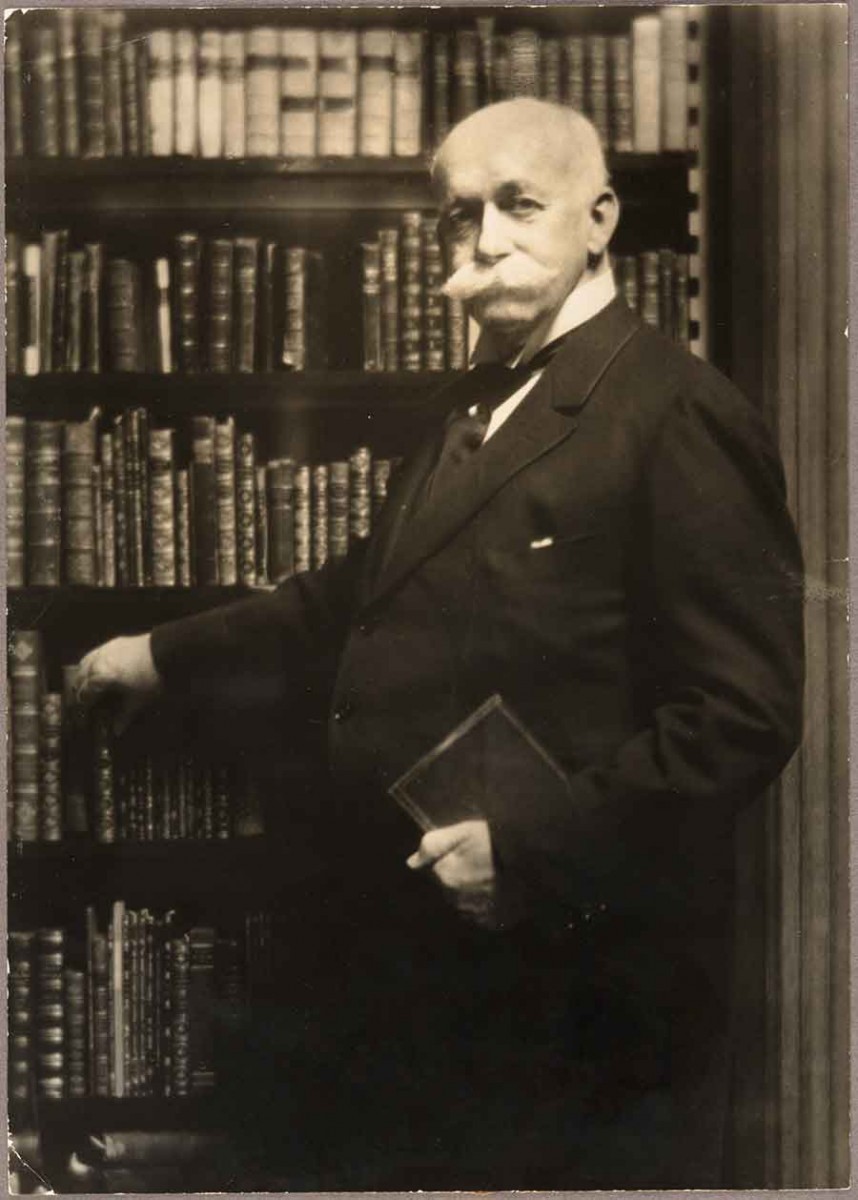 These and other treasures from the world's greatest private library of its time—120,000 volumes in all—traveled via boxcars from New York to San Marino, where the Myron Hunt-designed Library building was being built. Critics were vocal. Why locate these historical gems thousands of miles from the intellectual centers of the East Coast? The original and audacious move typifies Huntington's hopeful optimism, according to Watts. "Huntington called Los Angeles the 'city of the future' and believed it would become a cultural hub. He planned to make that dream a reality, and it seems to have worked."

The Huntington’s Centennial Celebration is made possible by the generous support of Avery and Andrew Barth, Terri and Jerry Kohl, and Lisa and Tim Sloan. Support for the “Nineteen Nineteen” exhibition is provided by the Gladys Krieble Delmas Foundation and The Ahmanson Foundation Exhibition and Education Endowment.

Complementing the exhibition is Nineteen Nineteen, a 260-page, richly illustrated book by James Glisson and Jennifer A. Watts, with a foreword by Huntington President Karen R. Lawrence. The book is available in the Huntington Store and online.