The Art of Tempera in Focus 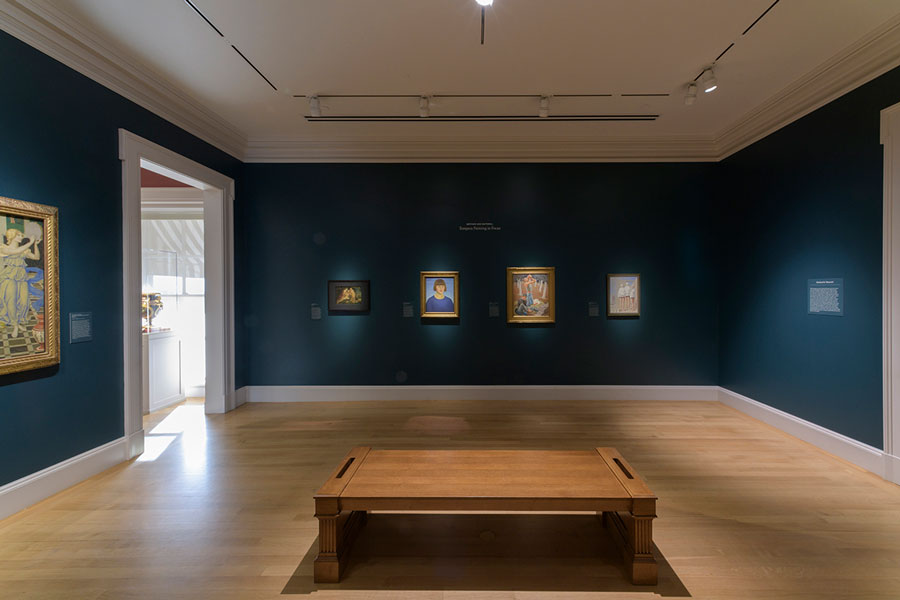 “Method and Material: Tempera Painting in Focus” is on view in the Huntington Art Gallery’s Focus Room through Aug. 8, 2022. The exhibition was curated by Melinda McCurdy, curator of British art at The Huntington.

In tempera paint, egg yolk serves as a binding agent for finely powdered pigments. Artists have used various methods to mix their tempera—diluting the egg yolk with water, for example, or adding other ingredients, such as myrrh, to mask the smell of rotting eggs. These various methods gave artists control of their paint. The result was a pigment that provided a vivid matte finish.

Artists in ancient Egypt were the first to use tempera, and it was the primary medium employed by painters until the introduction of oil paints in the 1400s. The Huntington’s exhibition examines the history and evolution of tempera as an artistic medium from the 15th to the 20th century. 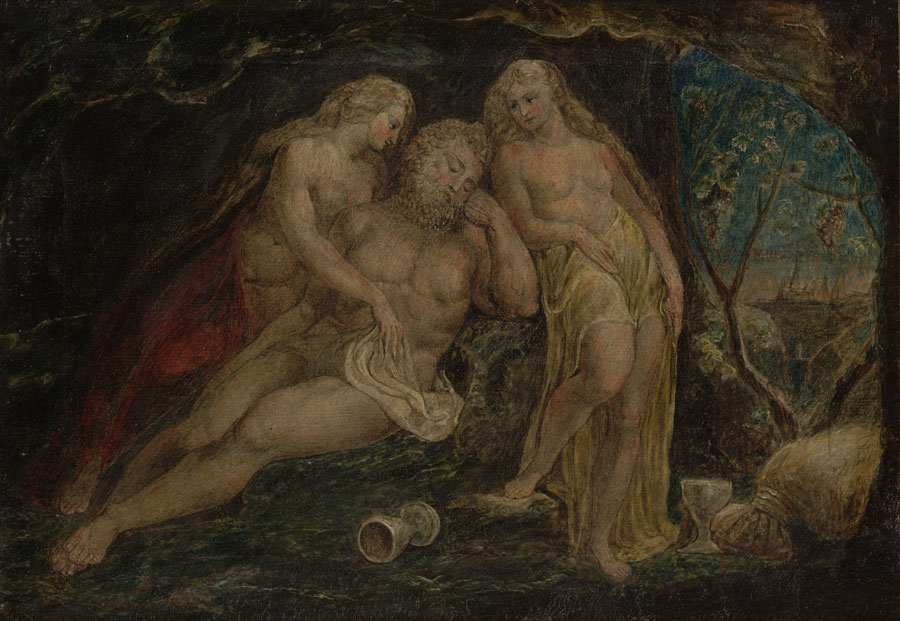 “Painting with tempera is a painstaking process, but one that can create incredible clarity of color and precision of line,” said Melinda McCurdy, The Huntington’s curator of British art. “Because the binders in tempera paint dry more quickly than oil paint, artists tended to apply the medium in smaller areas of the composition, finishing those before moving on to other areas. To create depth and luminosity, which is not built-in like it is in the translucent medium of oil paint, they also had to layer their colors.”

In the late 1700s, William Blake (1757–1827) became interested in the medium, aiming to re-create the fresco-like effect of tempera for a series of biblical paintings.

Lot and His Daughters, on view in this exhibition, is one of Blake’s attempts to re-create the look of tempera painting. Commissioned by Blake’s leading patron, Thomas Butts, the painting depicts a scene from the Book of Genesis in which Lot’s two daughters get their father drunk and seduce him. Blake experimented with various materials to make what he hoped would emulate the tempera paintings of the Renaissance. However, he did not know what these earlier artists used to make their tempera paints, so he did not create his “tempera” paints with an egg binder. Instead, he used multiple layers of pigment and transparent glue. The painting’s golden yellow color scheme showcases the artist’s luminescent use of color but lacks the clear, matte quality of tempera. It was not until Italian painter Cennino Cennini’s 15th-century treatise on art, Il Libro dell’Arte, was translated into English in the early 19th century that British artists began to work in true tempera. 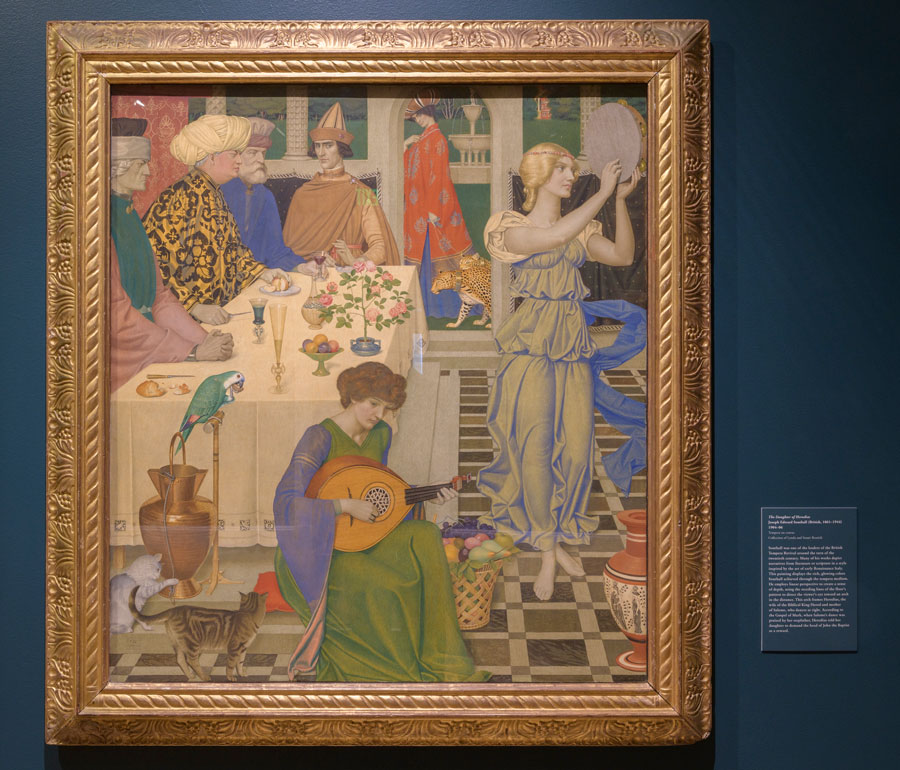 In 1890, the English painter Joseph Edward Southall (1861–1944) took a trip to Italy, where he encountered tempera paintings by the Italian Renaissance artists, whose style he emulated. Southall combined their color scheme and method with modernist composition, creating a richly detailed and elaborate scene in his painting The Daughter of Herodias, which depicts a biblical story from the gospels of Mark and Matthew about a young woman who pleases King Herod with her dancing. Afterward, at her mother’s prompting, she demands and receives, as her reward, the severed head of John the Baptist.

Tempera became popular among painters like Southall who preferred a craft-like approach. “Southall was from Birmingham, England, which had a strong Arts & Crafts tradition, and I think the idea of mastering a Renaissance craft was important for him,” McCurdy said. 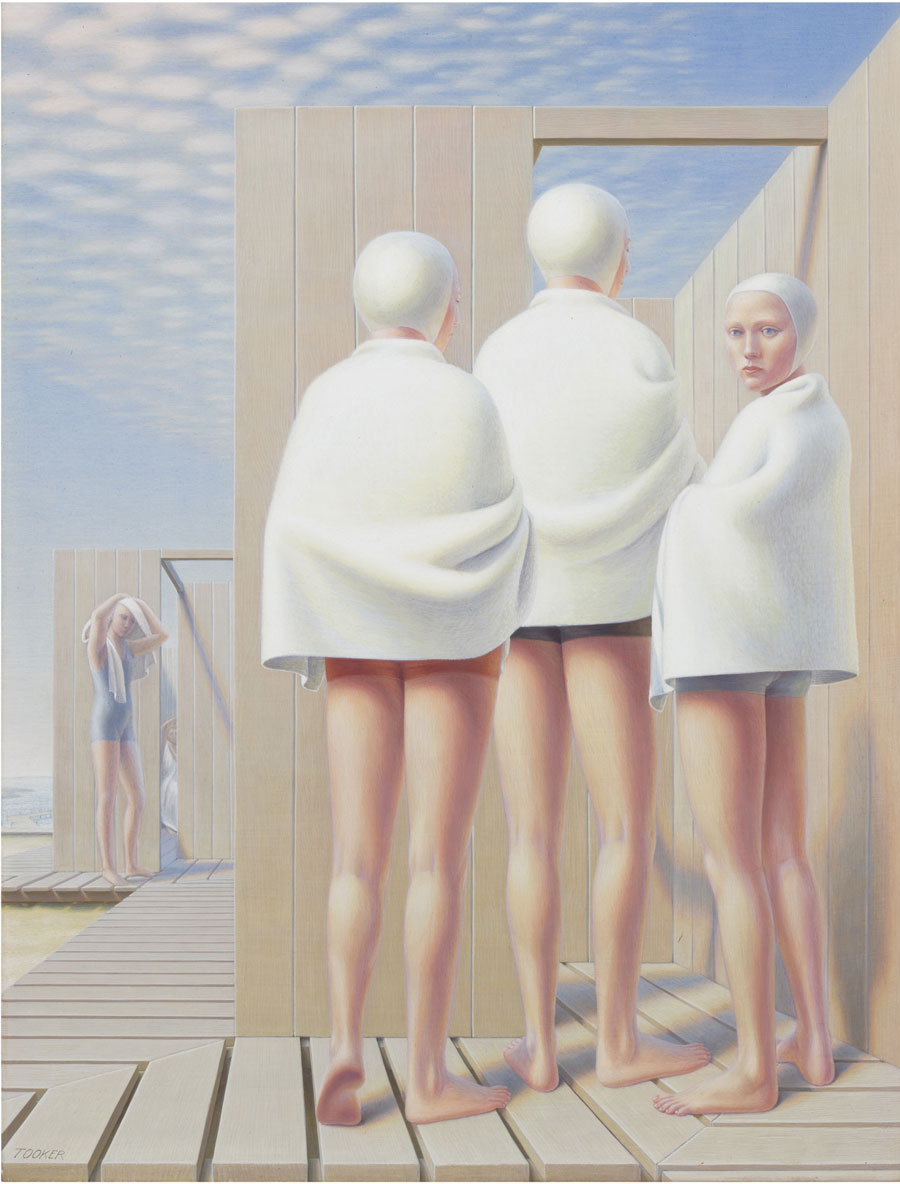 George Tooker (1920–2011), an American figurative painter, used the ancient method of tempera to portray haunting images of modern life. In Bathers (Bath Houses), Tooker captures his cool, rounded figures in an intimate moment, evoking a mood that is both dreamy and realistic. Something in this painting reads as slightly unsettling, and one wonders why he chose to capture this moment. “Tooker was interested in the medium from his student days and used it throughout his career,” McCurdy said. “Tempera gives a very specific look—more matte than oil paint—which likely suited the aesthetic he wanted to create.”

The Italian Renaissance artist Domenico Ghirlandaio (1449–1494) painted Portrait of a Man and Portrait of a Woman in 1490. His subjects are unknown, but the pair of paintings were commissioned as a wedding gift. The backgrounds in each painting hint at the historical view of gender differences. The man is depicted staring out of a window, engaged with the outside world, while his female counterpart, in contrast, is more subdued, surrounded by symbols of chastity, such as a glass flask of water, which refers to her purity. 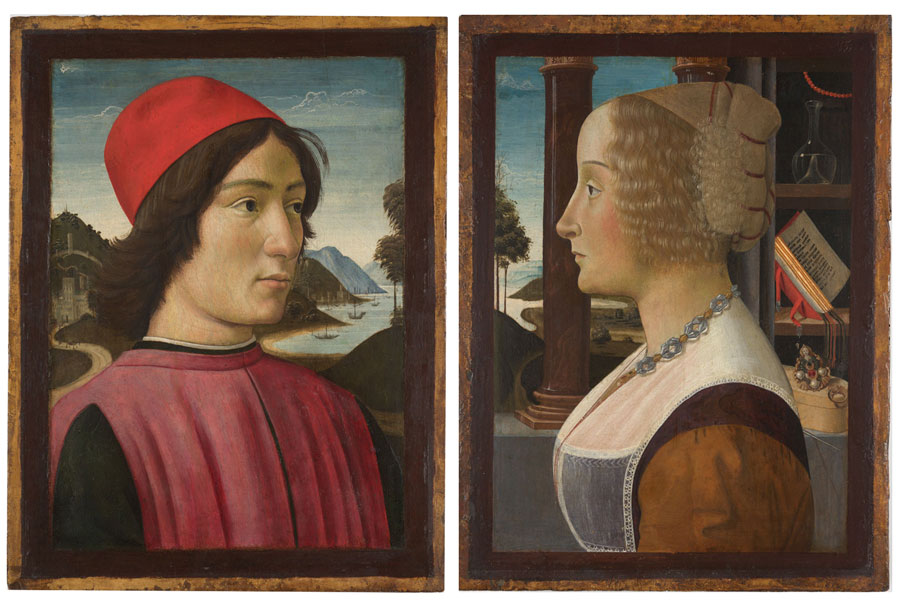 Portrait of a Girl in a Blue Jersey (Carrington), by the English artist Mark Gertler (1891–1939), depicts Dora Carrington (1893–1932), a fellow English artist and Gertler’s object of unrequited love. Carrington was known for her daring bob hairstyle and her progressive ideas about sex and romance. Gertler’s portrait presents Carrington as a foreboding figure, with a slight, knowing smile. There is something masculine about the composition that mirrors Ghirlandaio’s Portrait of a Man. Monochromatic and unadorned, Gertler’s Portrait strays from his more complex and colorful works.

“Gertler is also nodding to Renaissance painting in his portrait of Dora Carrington,” McCurdy said. “So the use of tempera is another way to connect Gertler’s portrait with the art of the past.” 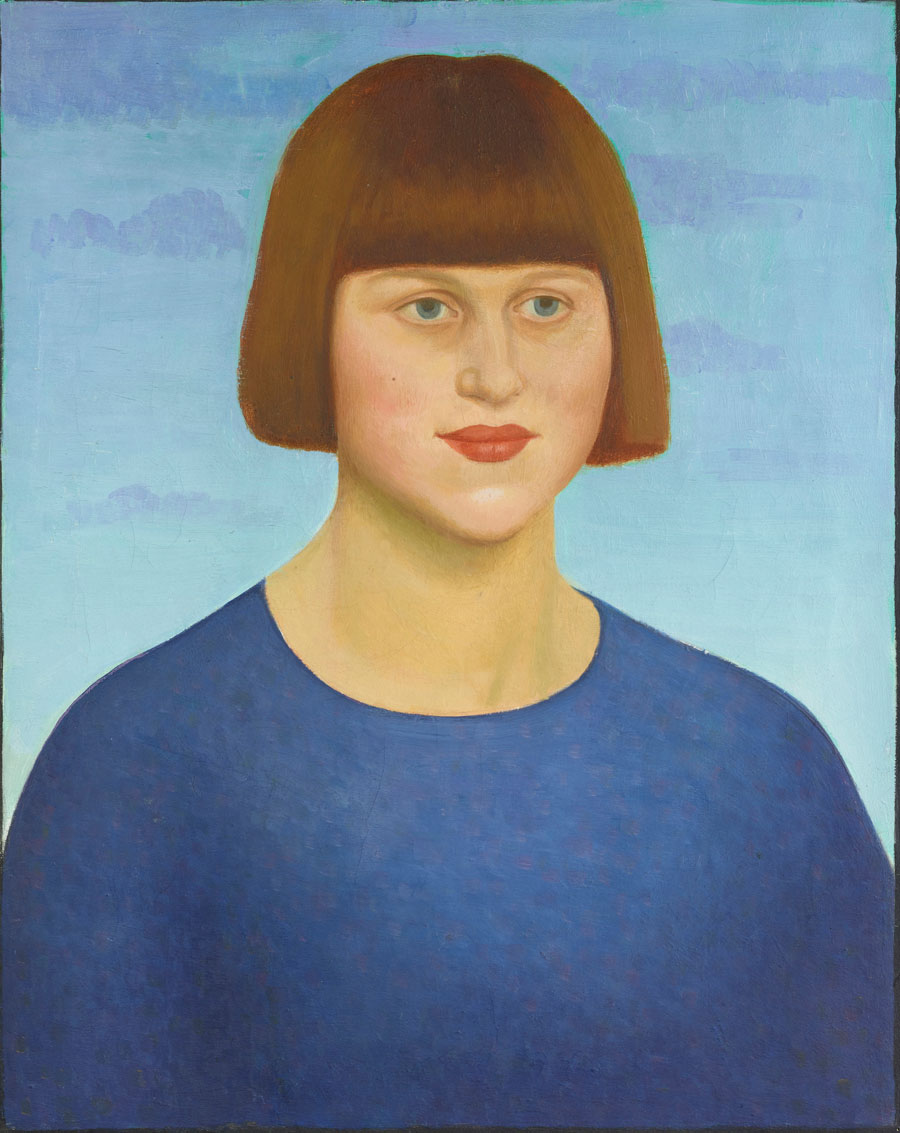 Sola Saar-Agustsson, a writer and artist, is an executive assistant in the Art Museum at The Huntington.