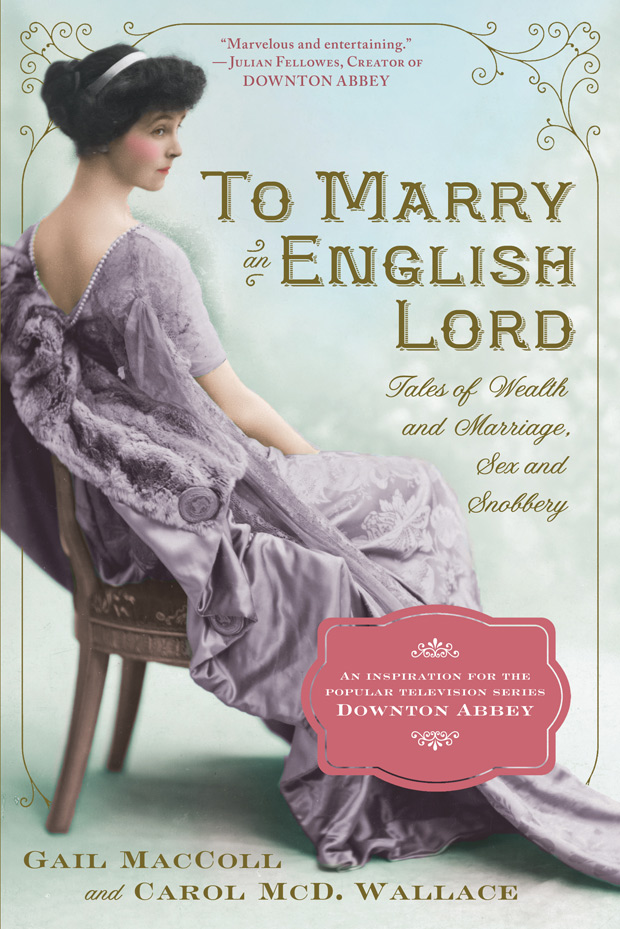 To Marry an English Lord was published by Workman Publishing in 1989 and reissued in 2012.

Bates and Anna. Matthew and Lady Mary. Lady Edith and Sir Anthony. Lord and Lady Grantham. If you are a fan of the British television series “Downton Abbey” you know that all is not fair in love. So far this season we have had a newlywed husband languishing in prison, a bride left at the altar, and an earl who squanders his American wife’s fortune through bad investments.

“Don’t worry about me,” Cora says forgivingly to her husband—the earl of Grantham—in the season’s first episode. “I’m an American. Have gun, will travel.”

As the short season winds down to its finale you might postpone the letdown by reading the book that helped start it all—To Marry an English Lord (Workman Publishing, 1989). Co-authored by Gail MacColl and Carol McD. Wallace, it documents the very real history of about 100 American heiresses who took their fortunes to England in the decades between the 1880s and World War I to marry men with titles but short on riches. The TV show’s creator, Julian Fellowes, acknowledges the book’s inspiration; he returned the favor by helping to bring the book back into print.

As you read the book you will notice a resemblance between Shirley MacLaine’s memorable turn as Cora’s mother and the very real mother of one of those heiresses, Consuelo Vanderbilt. “Alva Vanderbilt,” says Wallace of the Newport- and New York–based matriarch who married off her daughter to the Duke of Marlborough in 1895, “was one of the most bumptious, pushy, strident females you would ever hope to meet historically or otherwise.” 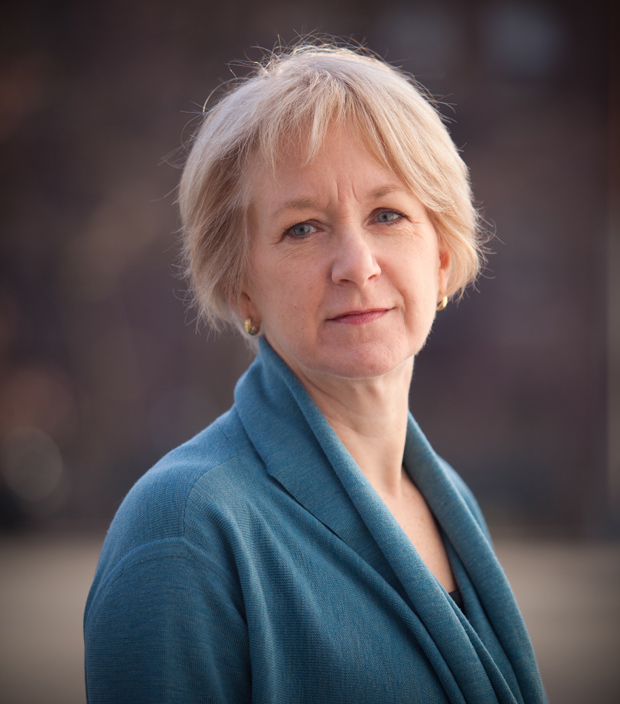 Wallace paid a visit to The Huntington recently and recalled how she came to the Library shortly after completing To Marry to conduct further research on Alva, reading through a manuscript of Alva’s memoir in the Library’s holdings. The cover of the latest edition of her book features a photo of Consuelo shortly after her wedding. Unlike Cora, Consuelo endured an unhappy marriage, separated in 1906, and divorced in 1920.

Wallace explains that Cora is not based on any one historical figure but is a composite of many of the real-life women described in the book. MacColl and Wallace divide the heiresses into several broad categories: the buccaneers, a term borrowed from the Edith Wharton novel of the same name; the self-made girls from new money, who, according to Wallace, were “unsophisticated and a little rough around the edges”; and the American aristocrats, represented well by Consuelo.

“Downton Abbey” has yet another American connection, in fact a Huntington connection. The show is filmed at Highclere Castle, in Hampshire, England. Back in the 1910s and ’20s it was inhabited not by the fictional Crawleys but by George Herbert, the fifth earl of Carnarvon. His wife, Lady Almina, was British, not American, but nonetheless had a background similar to the women from To Marry: Almina was the daughter of industrialist Alfred de Rothschild and brought with her an infusion of money to run the estate.

Among her riches was an art collection, including 16 objects of porcelain that she eventually sold to art dealer Joseph Duveen in the 1920s. He, in turn, sold them in 1927 to Henry Huntington. The porcelain—including three gold boxes, an important secretary by Bernard Molitor, a set of three Sèvres vases, a Sèvres encrusted Baumhauer desk, and a pair of candelabra—are on view on the second floor of the Huntington Art Gallery. 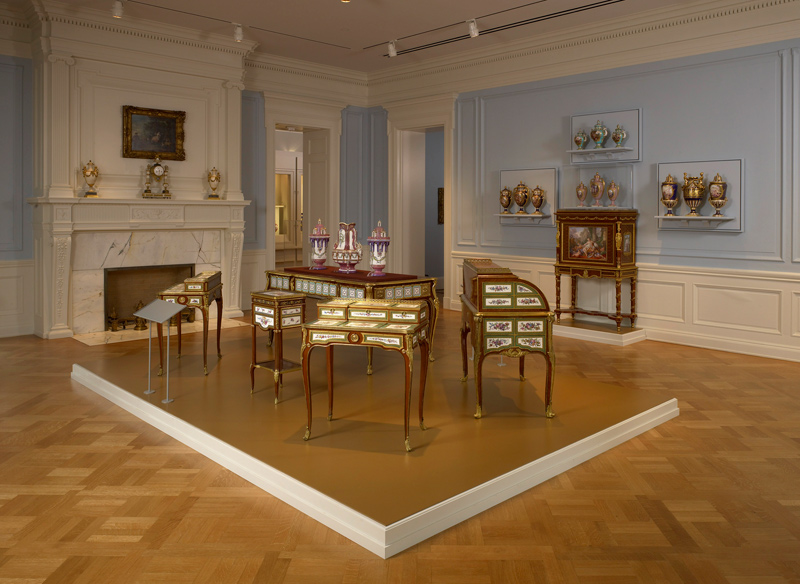 The second floor gallery of the Huntington Art Gallery containing porcelain formerly from the collection of Lady Carnarvon.

To Marry an English Lord is available for purchase at the Huntington Bookstore & More.