Bookended by a Pair of Awards 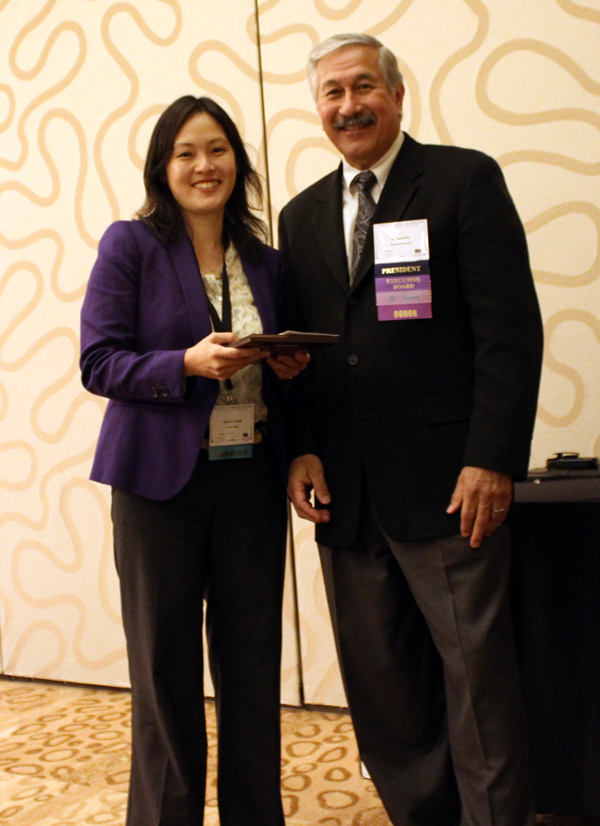 Adria L. Imada, University of California, San Diego, is the recipient of the 2013 OAH Lawrence W. Levine Award. She is pictured with OAH President Albert M Camarillo, Stanford University, who presented her with the award at the 2013 OAH Annual Meeting, April 10-13, San Francisco. Courtesy of the Organization of American Historians (http://www.oah.org), photo by Michael Regoli, licensed under Creative Commons 3.0.

The awards committee noted: "Through nuanced readings of diverse bodies of evidence—interviews and oral history, newspapers and scrapbooks, photographs and U.S. military films—Imada maps the shifting meanings of hula performance from annexation to statehood to contemporary tourism…. Aloha America not only contributes to histories of performance, gender, and empire, but also presents a rich narrative about the ways in which generations of women negotiated the contradictions of heritage."

Imada credits a fellowship at The Huntington with giving her the time and resources to work on the manuscript, which she adapted from her doctoral dissertation from New York University.

“The Barbara Thom Fellowship in 2007–08 provided me with essential time to conduct archival research in the Huntington collection of rare 19th-century travel books about Hawai‘i, as well as the Nathaniel B. Emerson manuscript collection on hula,” says Imada, now an associate professor in the ethnic studies department at the University of California, San Diego. “Emerson was the Hawai‘i-born missionary descendant, physician, and ethnographer of hula who wrote Unwritten Literature of Hawaii: The Sacred Songs of the Hula(1909). It became the definitive study of hula in the greater part of the 20th century.” Imada’s book counters Emerson’s work by interpreting hula as a cultural and political practice that has enabled Native Hawaiian survival despite missionary and colonial repression.

It’s not uncommon for first books to arise from adapted dissertations. The challenge for many younger scholars is finding the time required to transform a dissertation into a published book. Enter the Barbara Thom Fellowship Award at The Huntington. Each year the research division selects two or three scholars to come to The Huntington for a full academic year to work on their manuscripts. The Thom Fellowships are part of an annual $1.6 million program that includes about 20 full-year awards along with short-term grants (1 to 5 months) to an additional 150 researchers. 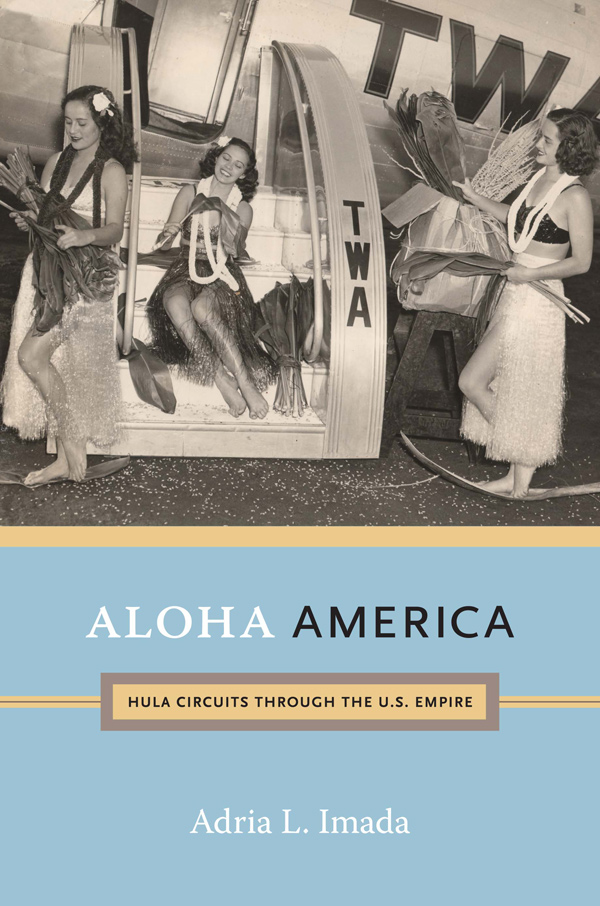 Steve Hindle, the W. M. Keck Foundation Director of Research at The Huntington, calls the Thom Fellowship the “single most important category in the entire fellowship program” for the vital role it plays in fulfilling the pressures of junior scholars to publish—which in turn becomes so important to the process of securing tenure at their universities. Yesterday The Huntington announced its awards for the 2013–14 academic year.

“Thanks to the yearlong fellowship,” says Imada, “I was able to complete the primary research and revise most of the manuscript. But above all, The Huntington provided a collegial space for scholarly exchanges. I became good friends with scholars who were on short and long-term fellowships, and we still collaborate today.” During that fellowship, Imada also managed to find the time to begin preliminary research on her next book project, a study of the colonial visuality of leprosy (Hansen’s disease) in Hawai‘i and the Philippines, which relies in part on the Jack London photography collection here.

In archived Verso posts you can read about past awards to scholars, including the OAH’s Billington Prize as well as the Bancroft and Pulitzer Prizes. To order a copy of Aloha America and many other award-winning books by Huntington scholars, contact the Huntington Bookstore & More. For links to this year's OAH Awards Program, as well as past programs, click here.