CONFERENCES | When Every Day is Labor Day 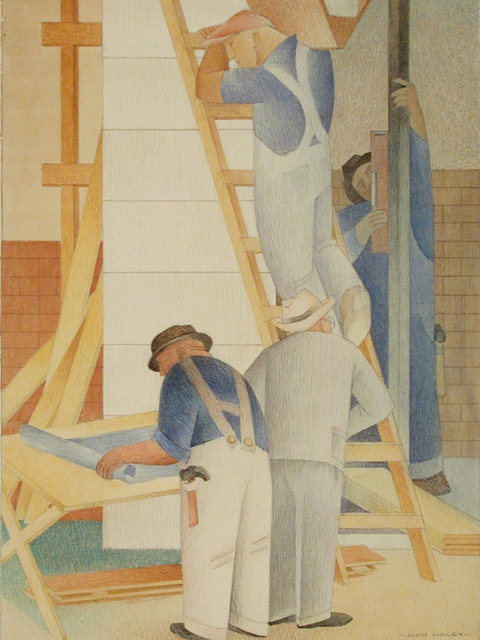 Echoes of a conference held at The Huntington in April continue to reverberate this Labor Day weekend. "Guest Workers: Western Origin, Global Future," a two-day conference organized by historian Matthew Garcia, spun out of an exhibition that opened at the Smithsonian National Museum of American History (NMAH) in 2009. That exhibition—"Bittersweet Harvest: The Bracero Program, 1942–1964"—is traveling the country and is currently on view at the Museum of History and Art, in Ontario, Calif.

The Bracero Program—originally called the Mexican Farm Labor Supply Program—was a bilateral agreement initiated in 1942 between the governments of Mexico and the United States that invited guest workers into the U.S. to work in two sectors of the economy—agriculture and railroads. While the NMAH exhibition presents a visual and audio record of the program's 22-year history, the Huntington conference expanded the discussion to an exploration of global guest workers right up to the present, including those who cross borders today through what is called the H2 program.

If you can't make it to Ontario this weekend (or before the close of the show on Oct. 30), you can visit the online exhibition or read and listen to some of the hundreds of oral histories that Garcia helped collect for the Bracero History Archive when he was an associate professor of history at Brown University and part of a team from Brown's Center for the Study of Race and Ethnicity in America. You can also download Garcia's conference remarks from The Huntington's iTunes U site, along with two talks from the proceedings: "Are We All Braceros Now? Lessons from the Bracero Program on the Casualization and Control of Labor," by Don Mitchell, Syracuse University; and "No Man's Land: Jamaican Guest Workers in America and the Global History of Deportable Workers," by Cyndy Hahamovitch, College of William and Mary.

"As far as I know," said Garcia at the conference, "this marks the first time an interdisciplinary group of scholars has come together to compare findings and to produce a new, broader understanding of this phenomenon. It is my hope that our collective efforts will sharpen the work of our presenters and produce new areas of inquiry."

Garcia is now professor of transborder studies and history at Arizona State University, where he also directs the Program in Comparative Border Studies, which co-sponsored the conference along with the Huntington-USC Institute on California and the West. He will present a lecture titled "Ambassadors in Overalls" at the Museum of History and Art in Ontario on Friday, Sept. 16, at 7 p.m. In 2007-08 he spent five months as a research fellow at The Huntington.