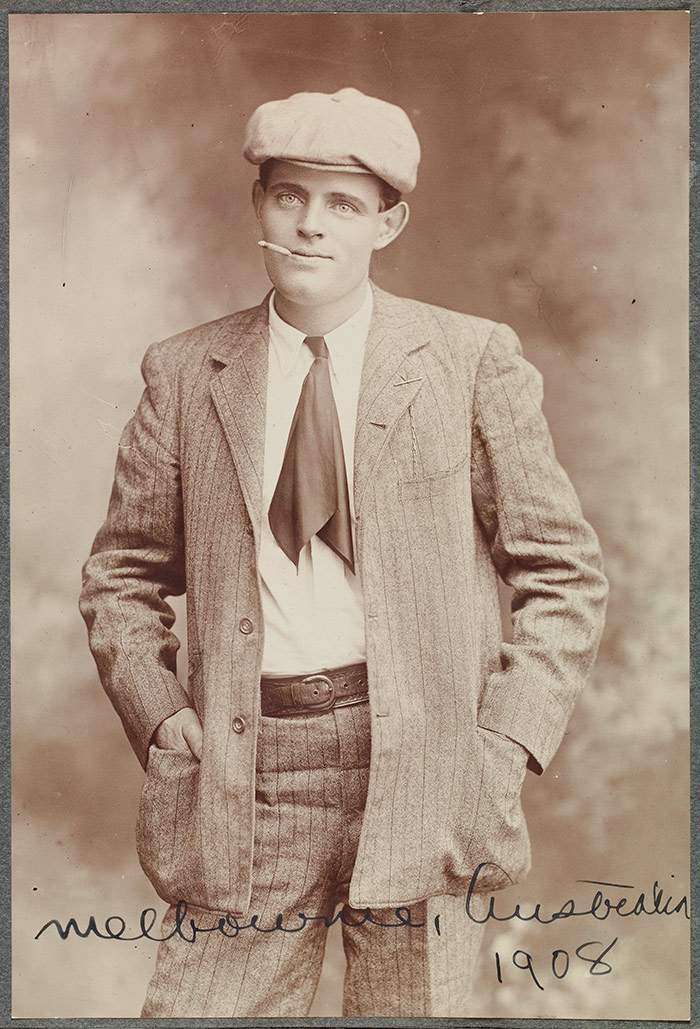 Since the age of 10, filmmaker Ben Goldstein has been riveted by the life and writings of Jack London (1876–1916). His fascination with the author of The Call of the Wild and The Sea-Wolf has now spawned a feature-length documentary about the famed writer and adventurer. Entitled Jack London: American Original, the film will be shown at The Huntington on Sept. 22, 2016, with Goldstein presenting the film and moderating a Q&A at the end.

The Huntington’s Jack London collection, the largest in the world, played a key role in the film’s development. Goldstein visited the archives more than a dozen times to immerse himself in the 50,000 items The Huntington possesses on the author, including 12,000 of London’s own photographs. Huntington literary manuscripts curator Sara S. “Sue” Hodson, herself a published London scholar, helped Goldstein make sense of the gargantuan collection. 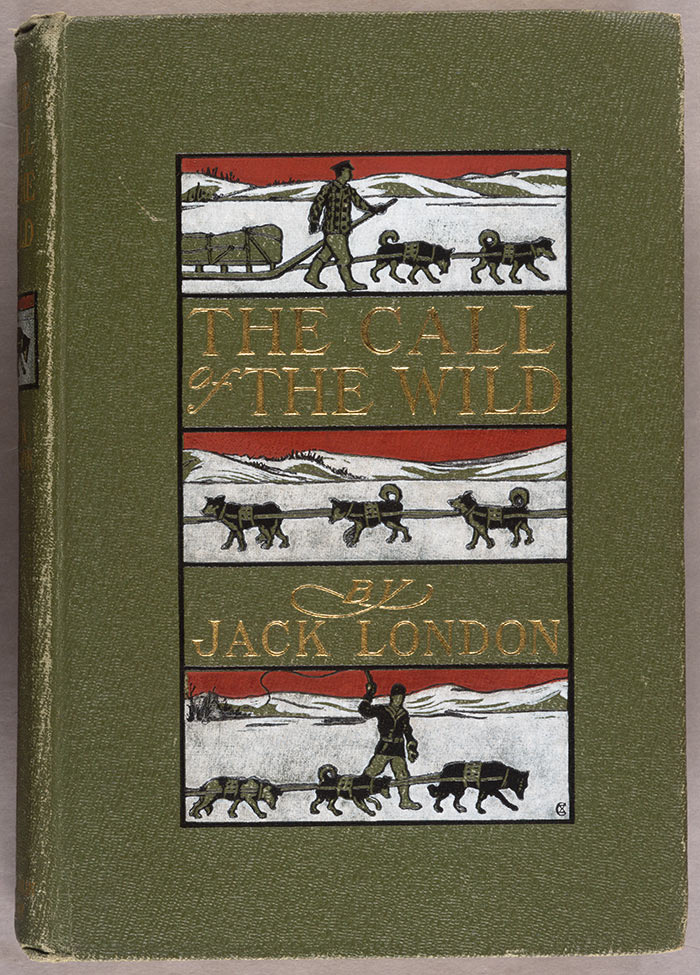 The Call of the Wild, first edition, 1903. The Huntington Library, Art Collections, and Botanical Gardens.

“Sue’s assistance really helped the film take off,” says Goldstein. The filmmaker was able to sort through a treasure trove of memorabilia, including unpublished photographs of London’s adventures and everyday life, his letters, and the diaries of his wife, Charmian London. “That sort of access to personal objects gave me deep insights into the life and times of Jack and Charmian,” said Goldstein.

And then there were “aha” moments, such as seeing archival footage of London bustling around his Sonoma County ranch a few days before his death. “It was very moving,” recalls Goldstein, “and gave me a powerful place to aim towards at the conclusion of the film.” 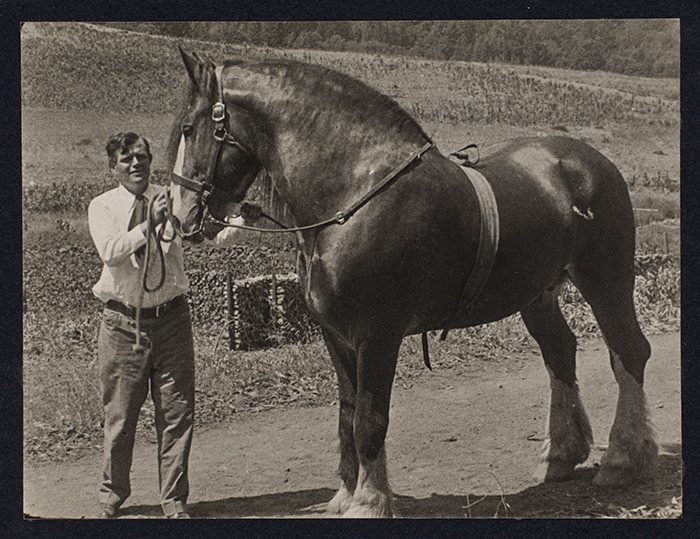 Capturing the wide arc of London’s life posed a challenge. Goldstein needed to create a comprehensive portrait of the child laborer with an eighth-grade education who became the most popular fiction writer of his day and an outsize personality on the world stage. Goldstein’s film looks at the impact of The Call of Wild, London’s book about a dog named Buck, which was published in 1903 and secured his literary reputation. It also touches on London’s fame as a journalist, photographer, and serious political thinker with a global following.

Goldstein credits The Huntington’s extensive collection of newspaper articles from London’s voluminous scrapbooks with helping him illustrate the way the public perceived London. The articles enabled the filmmaker to illustrate the complexity of London’s personality as well as his struggles with alcohol, mood swings, and financial disasters. 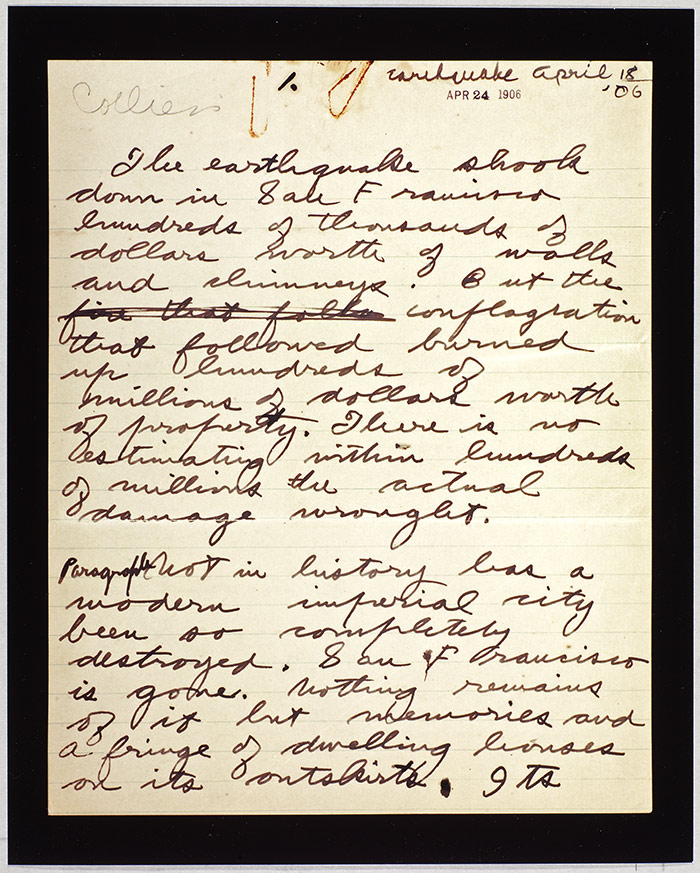 Autograph manuscript of the first page of London’s report of the San Francisco earthquake and fire, April 1906. London’s was the first eyewitness account to be published, appearing in Collier’s Weekly on May 5, 1906. The Huntington Library, Art Collections, and Botanical Gardens.

The film uses arresting visuals and London’s own words from fiction and reportage to add another layer to the high-profile episodes of his life, including his brutal experiences during the Klondike Gold Rush, his bestseller successes, and his vivid coverage of the San Francisco earthquake and the Russo-Japanese War.

Goldstein also reveals several telling examples of London’s humility. For instance, while in England covering the coronation of Edward VII in 1902, Jack, disguised as a sailor, lived in London’s East End among the poor and homeless. He later described the hellish living conditions in his nonfiction book The People of the Abyss. 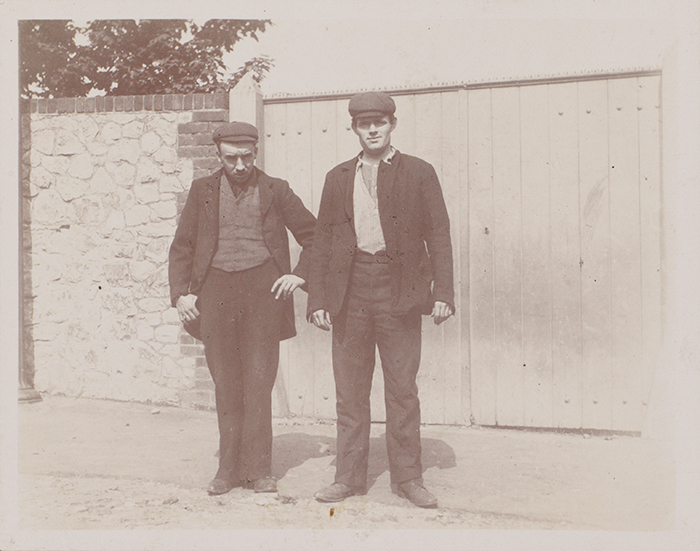 A 1902 photograph of Jack London (right) with a man identified as “Bert the Cobbler.” The two went undercover in London’s East End while Jack was working on his book The People of the Abyss. The Huntington Library, Art Collections, and Botanical Gardens.

The fact that this year marks the 100th anniversary of London’s death may explain why projects about his life are popping up with greater frequency. Not that interest in him ever seems to fade. Young readers are still drawn to The Call of the Wild and White Fang. College professors extol “To Build a Fire” as one the best short stories ever written. Several authors point to London’s semi-autobiographical novel Martin Eden as the reason they became writers.

As Goldstein observes, “People around the world thrill to Jack’s works, adventures, passion for life, and quest for social justice. I hope that shines through in the film.”

The screening of Jack London: American Original takes place on Thurs, Sept. 22, 2016, at 7:30 p.m. in Rothenberg Hall. Tickets are $5 for members, $8 for non-members. You can purchase tickets online here.

Visitors unable to make the evening presentation may want to visit the Jack London section of the permanent exhibition “Remarkable Works, Remarkable Times” in the Library’s Main Exhibition Hall. On view are drafts of White Fang and “The Story of an Eyewitness,” London’s report on the San Francisco earthquake for Collier’s Weekly.

You can view the Jack London Photographs and Negatives collection online at the Huntington Digital Library.