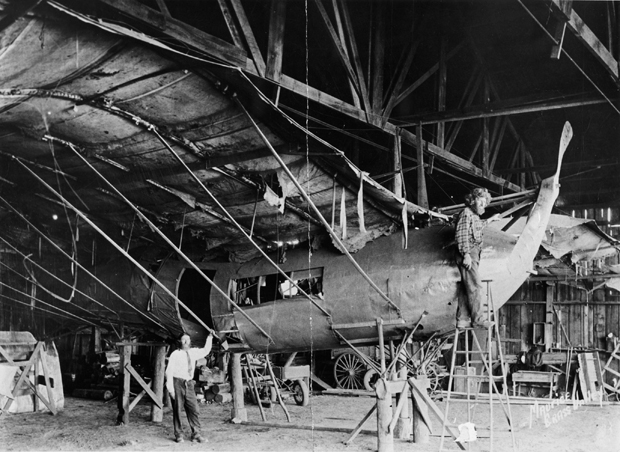 Lyman Gilmore Jr. and his brother Charles in their barn in Grass Valley, Calif., ca. 1907

Just four years after the Wright brothers' famed first flight at Kitty Hawk, a man in the Sierra foothills of California built a contraption that resembled an airplane. Unlike Orville and Wilbur, Lyman Gilmore Jr. never found success and would have been relegated to the scrapheap of history if not for the occasional amateur historian enticed by stories about the want-to-be aviator.

Sixty years later, well into the Cold War era of spy planes and Stealth aircraft, one of those enthusiasts picked up the trail of rumors and myths that circulated from time to time about Gilmore. Ben Rich pursued his hobby of tracking down clippings and microfilm about Gilmore in between his shifts as director of Skunk Works, the classified operation of Lockheed. Rich—the man who supervised the development of the Stealth F-117—had far more in common with the successful Wright brothers than he did with a crackpot who never took flight. Or did he? 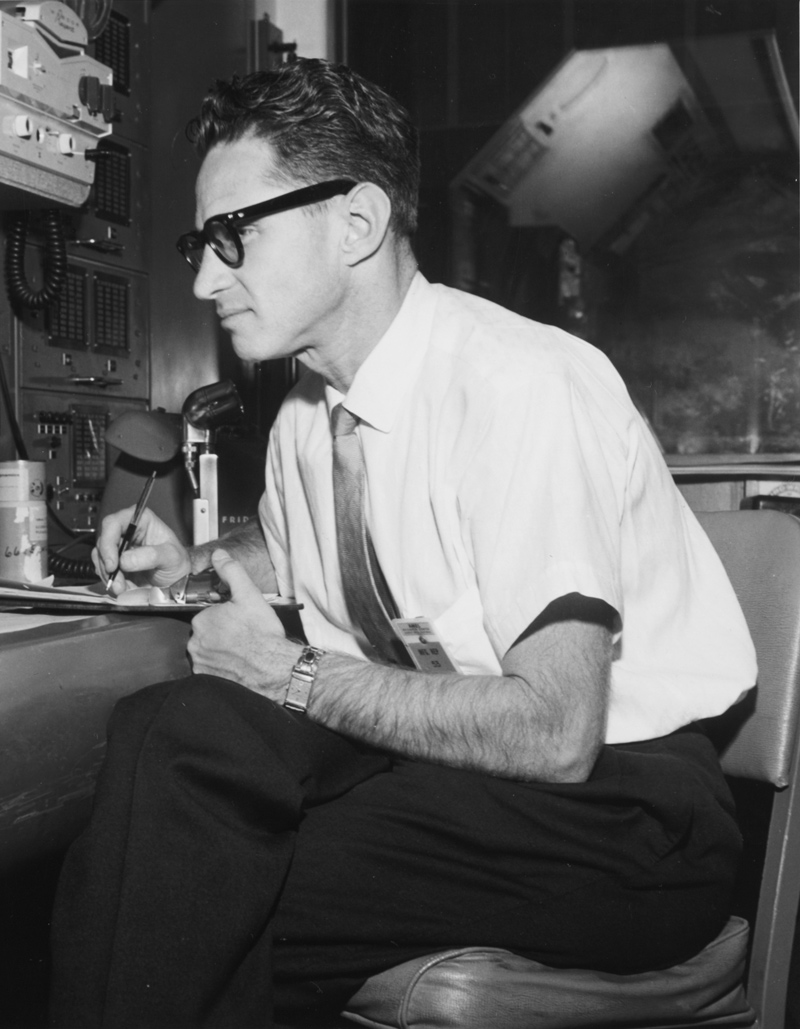 Ben Rich, Skunk Works director, at an electronic computer in 1959, when he was the design manager for the propulsion system of the SR-71 Blackbird. Huntington Library, Art Collections, and Botanical Gardens.

"Gilmore," writes Peter Westwick, the director of The Huntington's Aerospace History Project, "is interesting to historians, as he was to Ben Rich, because he tells us something about aviation...and about California." Westwick wrote about the two men in an article last year in Huntington Frontiers, just as a new archive documenting the history of aerospace started to take shape. He says California was uniquely situated to foster the entrepreneurial and risk-taking spirit of men like Gilmore and Rich.

This weekend Westwick and co-curator Matthew Hersch open a new exhibition in the Library's West Hall, "Blue Sky Metropolis: The Aerospace Century in Southern California." Stories about Gilmore, Rich, and dozens of men and women will take visitors "from early aviation enthusiasts drawn to the imaginative possibilities of flight," says Westwick, "to aerospace engineers decades later designing planes and spacecraft to go ever farther and faster."

The exhibition opens Saturday, Oct. 8, and runs through Jan. 9, 2012. On display will be photos of Gilmore and Rich (above) as well as Rich's notebook on aerothermodynamics from the late 1950s, his log documenting the first two years of the development of Stealth technology at Lockheed's Skunk Works in the 1970s, and dozens of other photos, documents, and artifacts charting California's aerospace century.