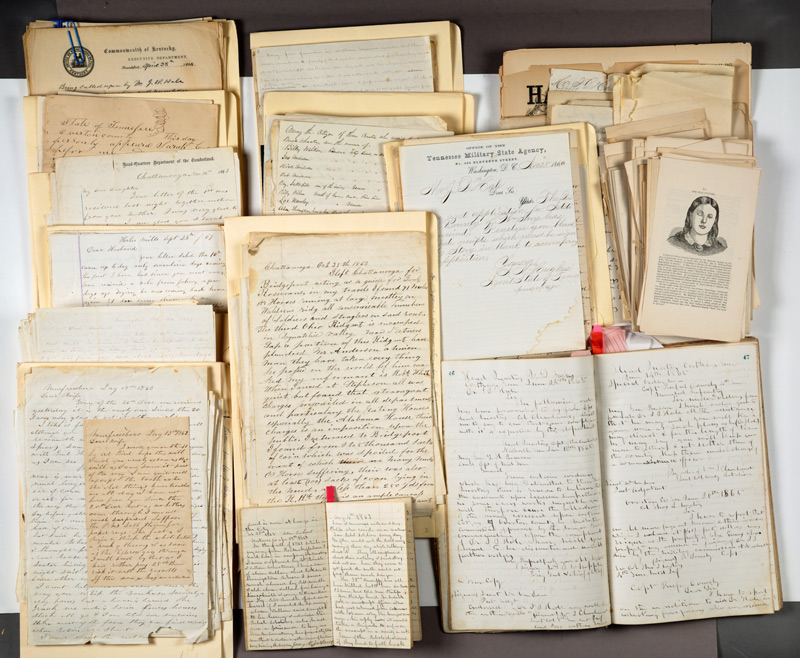 An assortment of the papers of Jonathan Davis Hale (1817–1898). Huntington Library, Art Collections, and Botanical Gardens.

Jonathan Davis Hale and Henry Z. Osborne are not household names. Then again, that fact just might be their greatest appeal to historians.

The Hale papers and Osborne papers are two of the acquisitions made last week at the 16th annual meeting of the Library Collectors’ Council. Jonathan Davis Hale was born in New Hampshire in 1817 and moved to East Tennessee in the mid-1840s. He eventually became postmaster of Hale’s Mill. When the Civil War broke out in 1861, Unionists like Hale fled the state, although Hale ended up serving as the chief of scouts for the Union command in Tennessee.

The Hale archive of family correspondence, notebooks, affidavits, eyewitness testimonies, and published pamphlets shed light on what might pass as the “dark underbelly of the Civil War,” says Steve Hindle, the W. M. Keck Foundation Director of Research. The papers are replete with tales of lynching, vigilantism, bushwhacking, espionage, and intimidation.

Hindle praised Olga Tsapina for bringing the archive to the attention of the council. Tsapina curated the recent Civil War exhibition “A Just Cause: Voices of the American Civil War” and is the Norris Foundation Curator of Historical Manuscripts at The Huntington. “Olga has an astonishing capacity to discover extensive collections of family papers which belonged to very obscure individuals who have been hidden from history,” says Hindle. “But the stories that can be told on the basis of the Hale papers will allow historians to write the history of the Civil War from a completely different perspective.” The Hale papers, says Hindle, will be consulted and cited very intensively by scholars for many years to come. 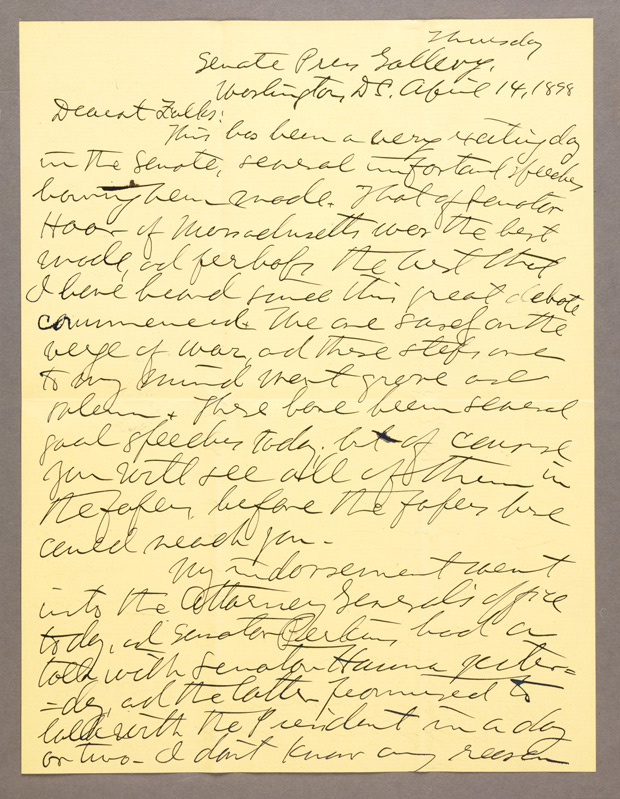 One of the letters from the papers of Henry Z. Osborne (1848–1923), businessman, newspaperman, and congressman from California. Huntington Library, Art Collections, and Botanical Gardens.

Like the Hale archive, the papers of Henry Z. Osborne (1848–1923) promise to fill gaps in our understanding of American history. “All too frequently, when we consider the origins of modern-day California, we focus upon the great titans of finance, transportation, and commerce who dominated the economic landscape of the late 19th century,” says Peter Blodgett, the H. Russell Smith Foundation Curator of Western Historical Manuscripts at The Huntington. “In doing so, however, we grossly undervalue the enormous contributions made by the multitudes of entrepreneurially minded men and women who propelled the state’s economic development.” One such individual was Osborne, whose successive careers carried him from mining to newspapering and finally to the halls of Congress at the end of his life.

While time will tell how the Hale and Osborne papers will impact scholarship, you can get a firsthand account of the value of family archives by attending tomorrow night’s lecture at The Huntington. Anne Hyde, professor of history at Colorado College, will be speaking about her book Empires, Nations, and Families: A History of the North American West. 1800–1860 (University of Nebraska Press). We profiled Hyde last March after she won the prestigious Bancroft Prize. In that post Hyde explained how she focused on family stories to show how webs of family relationships crossed national and ethnic lines and helped shift political power away from military and diplomatic circles into the hands of local people. 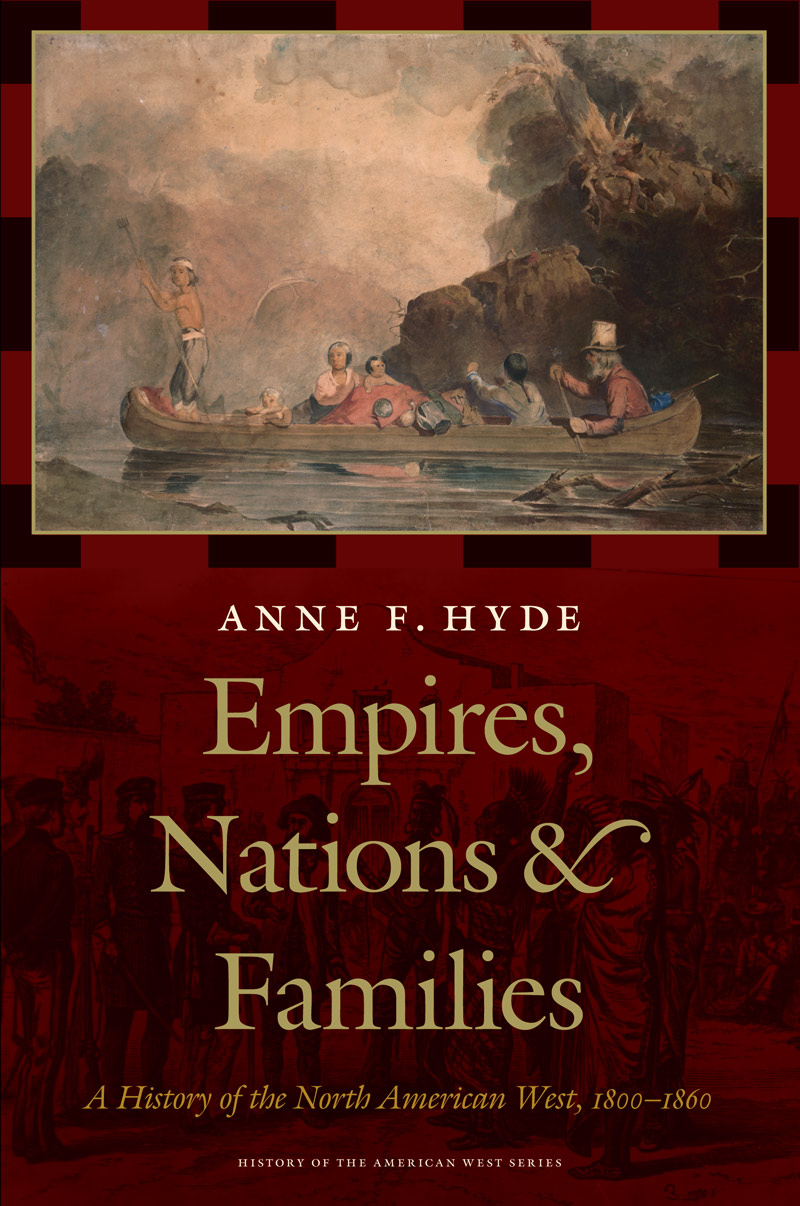 In her research, Hyde used letters and diaries from The Huntington, including those from the collection of Margaret Sale Hereford, second wife to Benjamin Davis Wilson of local Mount Wilson fame.

“Letter writing is a self-conscious art,” writes Hyde in her book’s introduction, “and one that is profoundly social, linking people to family, friends, and associates across wide distances. In the context of the West and the special isolation of running a family or business without a net—on a frontier, without reliable sources of credit or supplies—people needed these social networks built with letters. Letters became investments in relationships.”

Hyde’s lecture takes place in Friends’ Hall on Wednesday, Jan. 30, at 7:30 pm. You can read more about the purchases by the Library Collectors’ Council here.