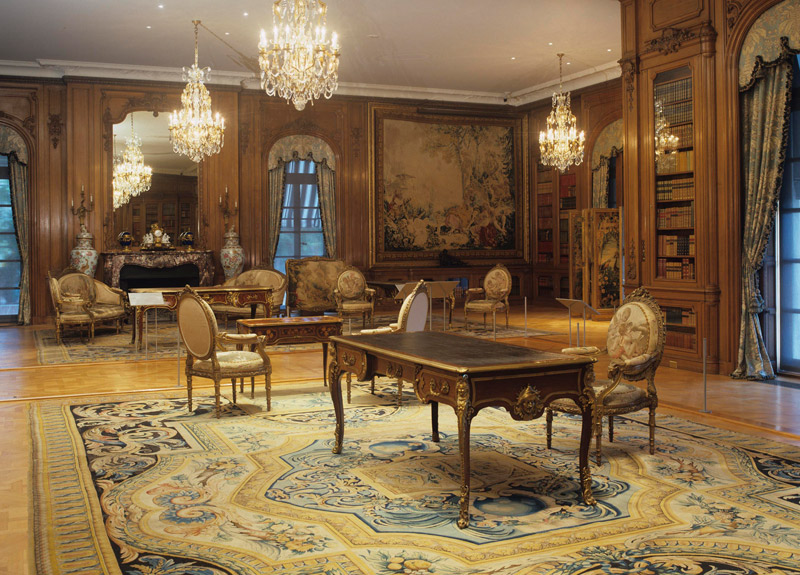 The Library room of the Huntington Art Gallery; one of the tapestries can be seen at the wall in the background. Photo by Tim Street Porter.

Today is Founder's Day, the birthday of Henry Edwards Huntington. Each year, The Huntington commemorates the occasion with a Founder's Day Lecture, and last week Shelley M. Bennett delivered a talk titled "Private to Public: A Family History of the Collecting and Philanthropy of Collis, Arabella, Archer, and Henry Huntington." You can listen to an excerpt here.

In the lecture and upcoming book, Bennett examines Henry E. Huntington's activity as an art collector and philanthropist in the context of the Huntington family history, providing insights into the personal motivations that underlay these activities as well as an understanding of the spectacular escalation of cultural philanthropy in America in the decades around 1900. 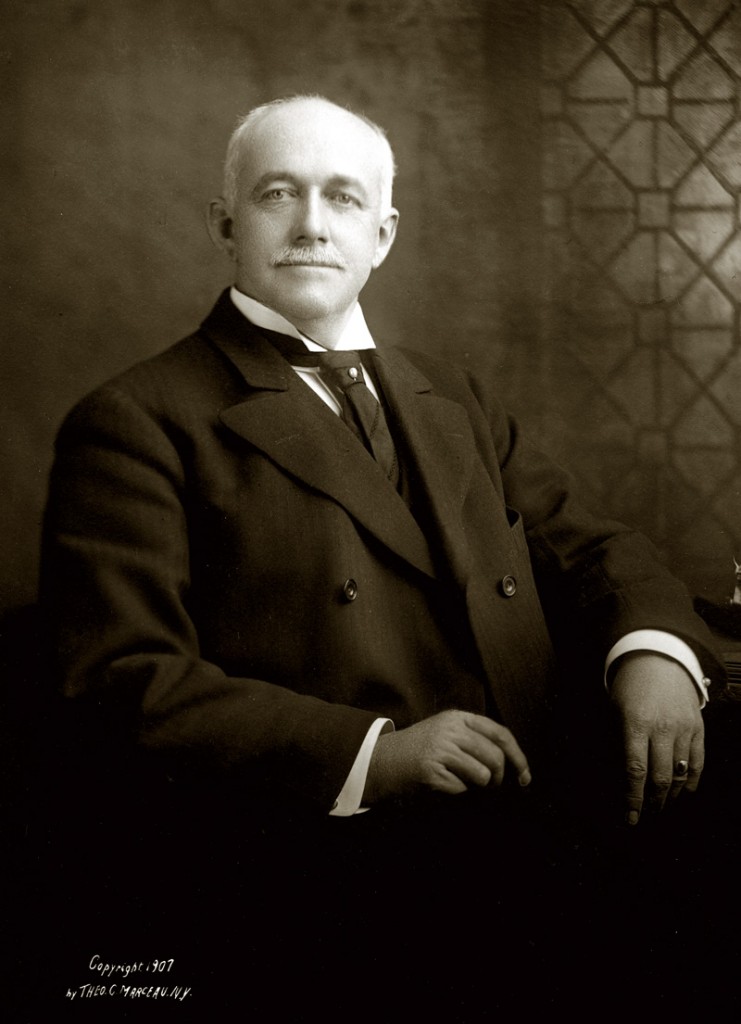 The talk also considered the enormous influence of Arabella D. Huntington on her first husband, Collis P. Huntington; her son, Archer M. Huntington; and Henry Huntington, her second husband. For instance, in 1909 Arabella prompted Henry, four years before their marriage, to make his first major expenditure on art. He purchased the rare set of five 18th-century Beauvais tapestries called The Nobel Pastoral. To hang the tapestries in his newly constructed mansion in San Marino, Henry ordered the reconfiguration of the Library room to provide wall space for the tapestries. It is not surprising that the placement of this new acquisition was of great importance to Henry, as the cost of these superb tapestries was more than the total cost for constructing and decorating the mansion. Listen to Bennett describe the purchase. Arabella was clearly the driving force behind most of Henry's art purchases for his Southern California estate.

Although the art collections of the Huntingtons were initially purchased for private display in highly decorated domestic interiors, the collections were ultimately given to cultural institutions to fulfill an educational role for the betterment of the general public. For example, in 1926 Henry Huntington changed the function of his institution from a general purpose library and museum to a research institution. To this day, the Huntington Library, Art Collections, and Botanical Gardens has remained a collections-based research institution, with the same public goals.

UPDATE: You can now download the full lecture from iTunes U or click here to listen to it from your browser.