When The Huntington launched the online version of the Early California Population Project (ECPP) in the summer of 2006, historian Steven Hackel said that the comprehensive database of the sacramental registers—the baptismal, marriage, and death records—from California's 21 missions would provide "democratic access to documents that have previously been inaccessible." 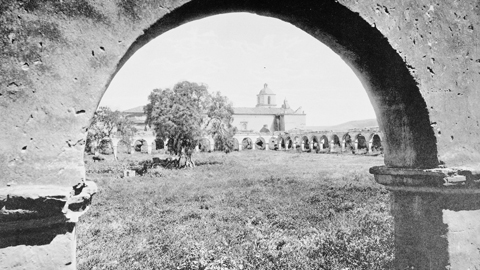 Until the launch of the new database, historians and anthropologists had relied on microfilm versions of the meticulous logs kept by Franciscans since the founding of the first mission in San Diego in 1769. Limited access prevented many a researcher from getting the opportunity to transcribe, translate, and process the information.

Now, scholars who might once have spent years compiling their own information from just one mission (all the while contending with 18th-century Spanish script) can now search through the records of all 21 missions. But the database's potential goes well beyond the academic world. "This is a database both for college professors and grade-school teachers," Hackel said when it went live in 2006. In recent weeks, Hackel has witnessed tangible evidence of that wider reach. In a profile by Hector Tobar of the Los Angeles Times, Hackel describes how information from the database is adding dimension to the recent discovery of bones at the site of L.A.'s oldest cemetery, near La Placita church in downtown Los Angeles. Although officials had thought bodies had been removed long ago following the closure of the cemetery in 1844, work halted briefly on the construction of a new cultural center to be called La Plaza de Cultura y Artes. Construction will continue in an area where no remains have been found. In the L.A. Times article, Hackel tells Tobar how electronic records reveal details "from the lives of many of the nearly 700 people buried there in the first decades of the 1800s." 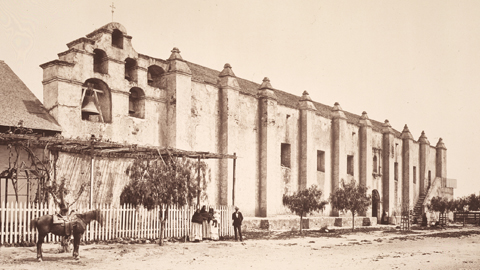 Indian activists have made good use of the ECPP; so too genealogists and government agencies. Meanwhile, scholars continue to use it. James A. Sandos, for instance, relied on the data to research his essay about choristers at Missions San Jose and San Juan Bautista. The article appears in Alta California: People in Motion, Identities in Formation, 1769–1850, a volume edited by Hackel and published last fall by the Huntington Library Press and the University of California Press. It followed directly from a Huntington conference of the same name that took place shortly after the launch of the database. In the book's introduction, Hackel sites a number of other scholarly works that have made good use of the database. If visitors to the site are curious to see what the historical records look like, they can query the data related to Santa Clara Mission.

"We've added digital scans of those records since we first launched the site," says Hackel. "So now viewers can see the records side by side with the data." Captions: Mission San Luis Rey; and Mission San Gabriel, ca. 1880, by Carleton Watkins. From The Huntington's photo archives.