Lawrence of The Huntington 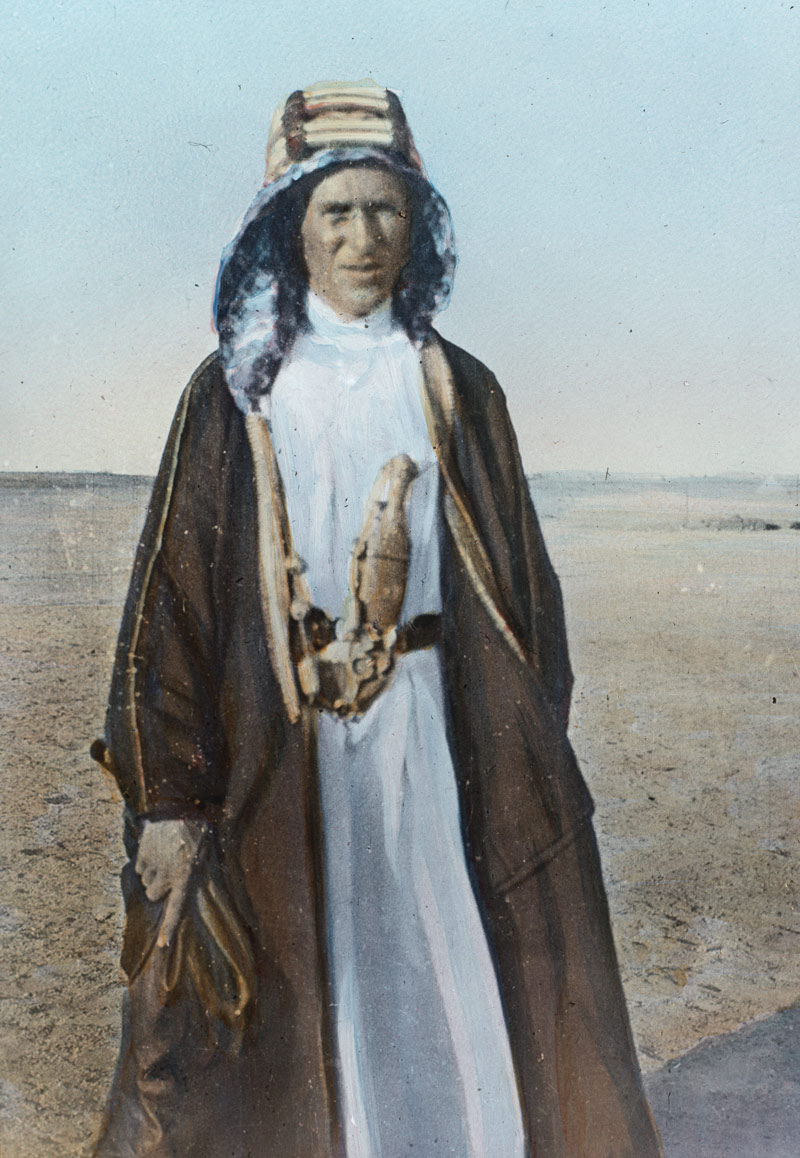 T. E. Lawrence in a classic pose from a photo in the Metcalf collection, 1917. The Huntington Library, Art Collection, and Botanical Gardens.

The death of actor Peter O’Toole earlier this month can’t help but bring to mind the great David Lean film in which he starred, Lawrence of Arabia. The epic about the British Army officer-archaeologist-author T. E. Lawrence will be screened by the American Cinematheque at the Egyptian Theatre this Sunday, Dec. 29.

When the film came out in 1962, it generated a huge wave of interest in Lawrence. But Lawrence had won fame decades before. He fought in the Arab revolt against the Turks (1916–18) during World War I. It was Lawrence’s personal account of the campaign in the popular magazine World’s Work in 1921 that first attracted the interest of a young collector named Edwards Huntington Metcalf, the grandson of The Huntington’s founder, Henry E. Huntington. Lowell Thomas’ illustrated lectures at high profile venues such as New York’s Madison Square Garden and London’s Covent Garden also inspired Metcalf.

The photos of Lawrence dressed as a Bedouin made him a household name. His celebrity was enhanced by the publication of his own account of the Arab Revolt, The Seven Pillars of Wisdom.

The collection now at The Huntington is remarkable because Metcalf started earlier than other collectors. It’s probably the finest book collection of Lawrence, notes Alan Jutzi, Avery Chief Curator of Rare Books at The Huntington. “We have virtually all the key books, including the famous 1922 edition of Seven Pillars of Wisdom, of which there’s only six copies.” The copies, set for Lawrence by the Oxford Times newspaper, were sent to friends such as George Bernard Shaw, E. M. Forster, and Thomas Hardy for review. (Lawrence-Shaw correspondence is also part of the collection.) 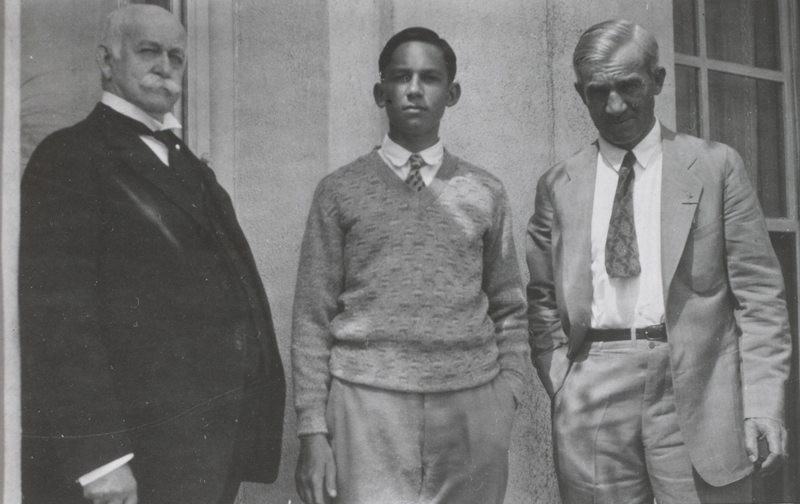 Another Metcalf treasure is the famous 1926 edition of Pillars, limited to 211 copies; 127 were sold to subscribers. It contains illustrations, personally chosen by Lawrence, of the key players in the Arab Revolt. “Lawrence was obsessed with keeping things under his control,” says Jutzi.

The fascination with T. E. Lawrence displayed by Metcalf endures and is sure to be fueled anew by the 100th anniversary of World War I starting in 2014. Scott Anderson’s Lawrence in Arabia: War, Deceit, Imperial Folly, and the Making of the Modern Middle East has appeared on numerous lists of the best books of 2013.

As historian Alex von Tunzelman observed in her review of the Anderson book in The New York Times: “As global attention is drawn to Syria and Egypt, it is arresting to look back 100 years and see a familiar picture: Britain, France, Russia, and the United States gingerly stirring the pot of the Middle East from as far away as possible.” 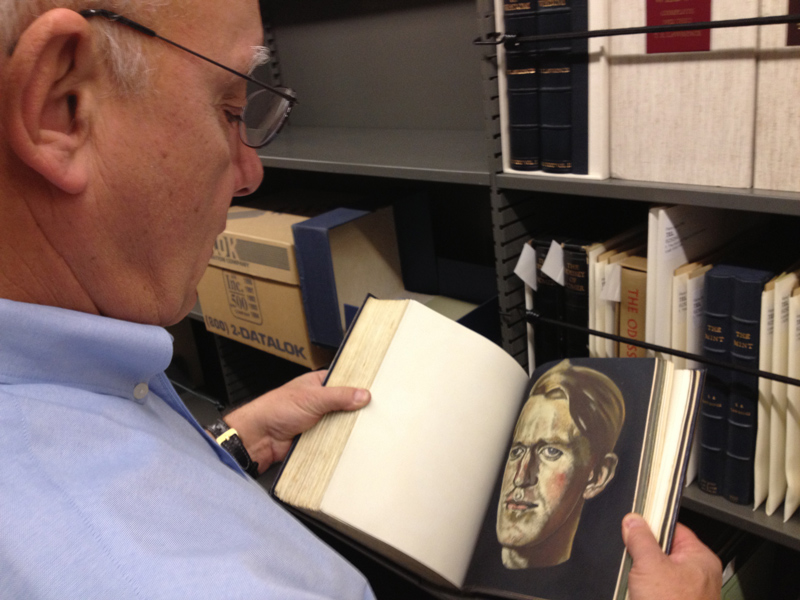 Curator Alan Jutzi holds The Huntington's copy of the 1926 edition of Seven Pillars of Wisdom. It features illustrations by artist Eric Kennington.