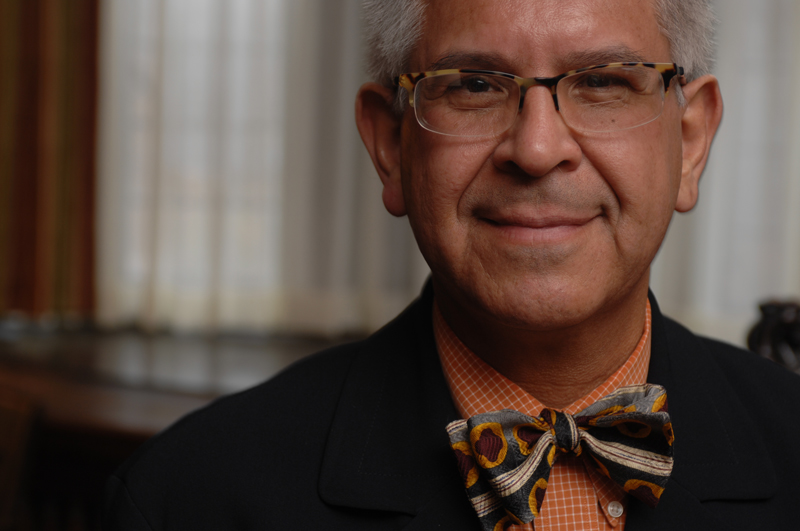 In October 1966, a Pentecostal preacher named Reies López Tijerina led a group calling itself La Alianza (the Alliance) in an occupation of Kit Carson National Forest in northern New Mexico. The land was rightfully theirs, they claimed, invoking land grant laws dating back more than five centuries to the time Spain ruled the Southwest.

On Wednesday night, historian Ramón Gutiérrez will present a lecture that traces the remarkable path of Tijerina from his early ministry in Texas in the 1950s—speaking in tongues, living a life of poverty, and denouncing the excesses of modernity—to a dramatic armed attack of the Rio Arriba County courthouse in Tierra Amarilla, N.M., in the wake of the occupation at Kit Carson National Forest.

"It's the radical spark that starts the militant phase of the Chicano Movement," says Gutiérrez, professor of history at the University of Chicago and the Los Angeles Times Distinguished Fellow this year at The Huntington. Gutiérrez will describe how a country preacher from the Assembly of God adapted his religious philosophy to a large social movement that blended ideas of sanctity with Spain's 16th-century principles of aristocracy and communal land grants.

Gutiérrez is the author of When Jesus Came the Corn Mothers Went Away: Marriage, Sexuality and Power in New Mexico, 1500-1846, a book published two decades ago but an iconic mainstay on college reading lists. "I have completed about four chapters of my book about Tijerina," says Gutiérrez. "I hope to have a complete manuscript by the end of my Huntington fellowship next spring."

The winner of a MacArthur "Genius Award" in 1983, Gutiérrez taught at the University of California, San Diego, from 1982 to 2007. He is currently the Preston & Sterling Morton Distinguished Service Professor in United States History and the College at the University of Chicago, where he just completed a three-year term as director of the Center for the Study of Race, Politics and Culture.