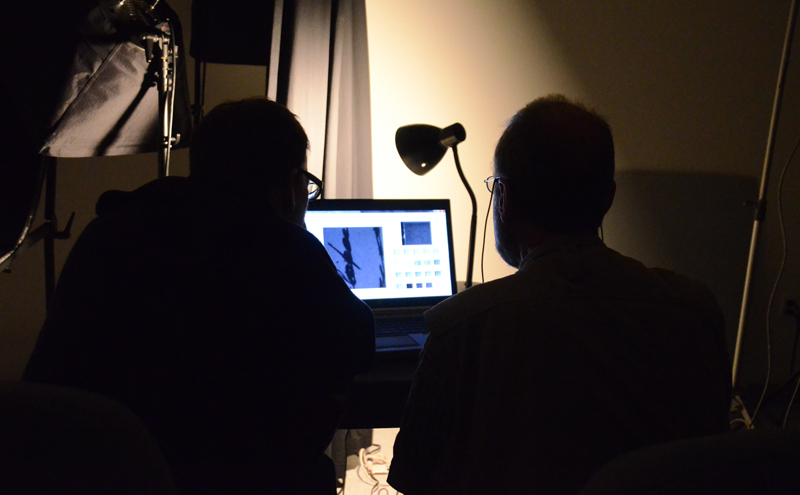 Bearman and Boydston taking a look at images in the lab.

With their high-tech lighting equipment and software, Greg Bearman and Ken Boydston can reveal hidden text in old, darkened manuscripts. Called spectral imaging (or sometimes multi-spectral imaging), the technique bounces different wavelengths of light off objects to increase the contrast between ink and parchment, rendering the invisible visible. 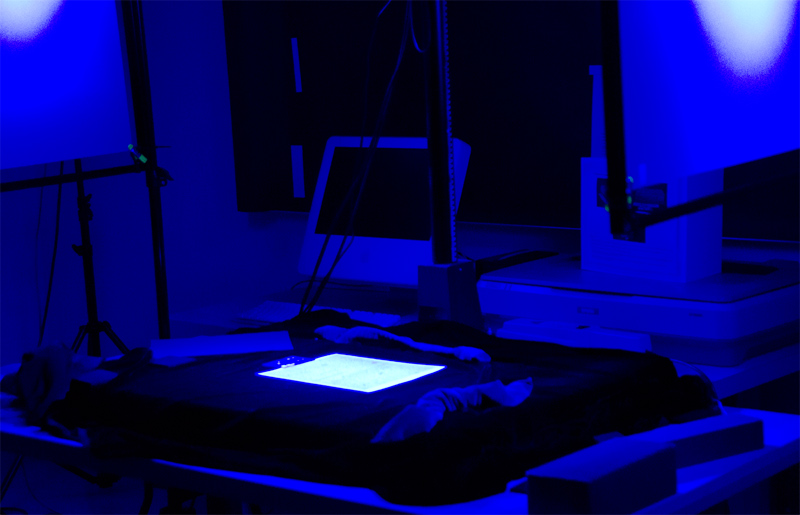 “Instead of taking three colors—red, blue, and green—we use 13 or 14 colors,” says Bearman, “including infrared lights.” Back in the 1990s, Bearman helped illuminate the Dead Sea Scrolls, some of which had darkened so much over time that the naked eye could no longer make out the ink. Retired from Jet Propulsion Laboratories, Bearman works on cultural heritage as an independent scholar. Boydston has been doing similar work as president of Megavision Imaging, traveling the world to look at artifacts big and small.

Bearman explains that parchment and ink each have a different reflectance, but sometimes only at certain wavelengths. It’s only when the light moves beyond the visible range that the contrast emerges. The pair then image the documents, allowing scholars to decipher the long hidden text.

Bearman and Boydston will give a lecture in Friends’ Hall on Wed., Aug. 15, when they’ll also show how their set-up works, especially when they used it on a few items at The Huntington back in the spring. 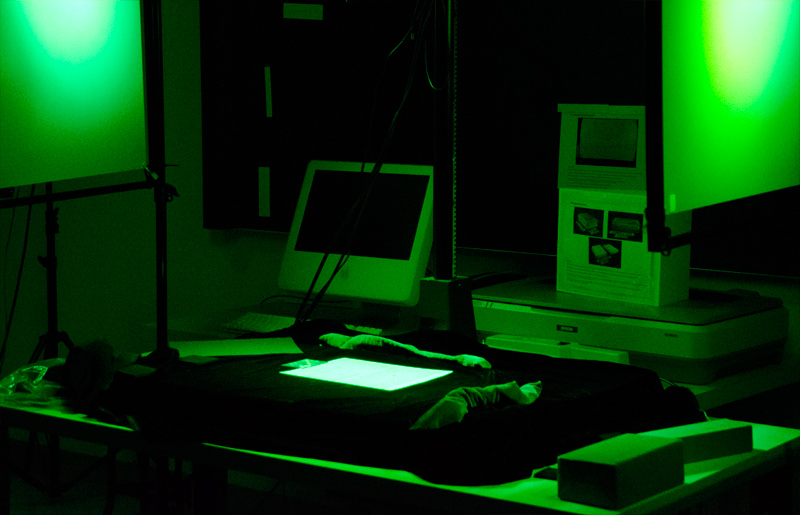 “Ken and Greg are two of the world’s leading experts on imaging technology for cultural artifacts,” says Daniel Lewis, the Dibner Senior Curator of the History of Science, Medicine, and Technology and the head of the manuscripts division at The Huntington. He invited the pair to take a close look at several manuscripts, including a 12th-century copy of the Gospel of St. Peter.

“They looked at a piece of vellum in the front of it that has clearly been written on and scraped off and written over in palimpsestic fashion,” said Lewis, confirming that the procedure did indeed reveal text that had been previously hidden.

Equally important, in addition to showing how spectral imaging can reveal hidden text, Bearman and Boydston will also talk about how imaging technologies can document changes over time, allowing curators to develop conservation strategies to counteract deterioration in everything from manuscripts to stone monuments to archeological dig sites. 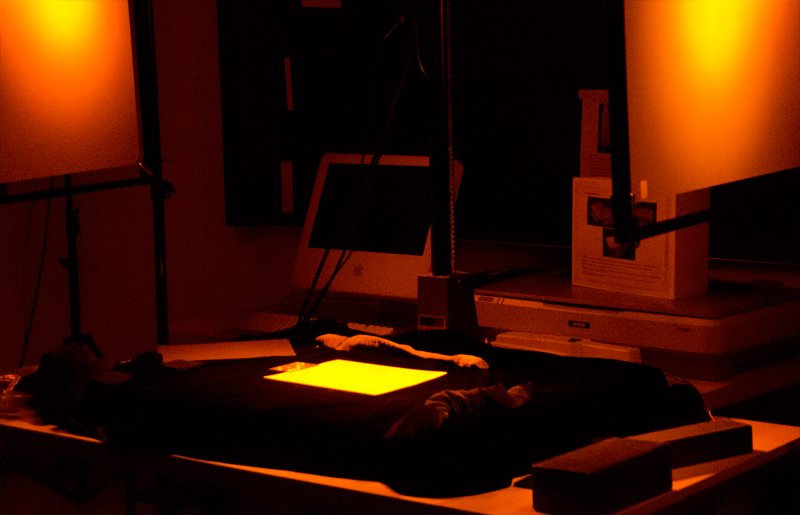 At JPL, Bearman had developed spectral imaging technologies for planetary and earth exploration and study. Long before the rover Curiosity touched down on Mars, NASA used an instrument called AVARIS (Airborne Visible/Infrared Imaging Spectrometer) to identify, measure, and monitor the surface of that planet as well as of earth. Bearman now uses the same form of technology to explore cultural artifacts.

As for that 12th-century manuscript—come out to the lecture to find out what Bearman and Boydston illuminated. And if you can’t make it, just promise you’ll never say that reading medieval manuscripts isn’t rocket science.