New Home for a Hidden Treasure 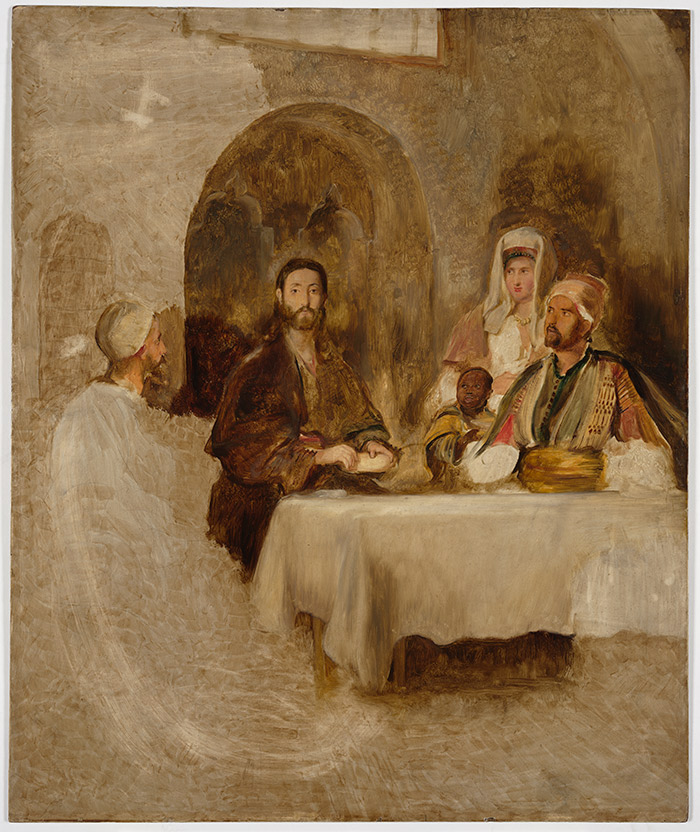 David Wilkie, Supper at Emmaus, 1841, oil on board, gift of Anne and Tooey Durning in memory of their grandmothers, Mabel B. Roberts and Lola F. Durning. The Huntington Library, Art Collections, and Botanical Gardens.

It’s not every day that a long-lost work of art appears out of nowhere. But that’s what happened in the summer of 2013 when Tooey Durning placed a call to The Huntington.

Tooey and her sister, Anne Durning, had inherited a painting from their grandmother. The sisters were exploring selling it. Ultimately, Tooey found her way to me, because I was the person at The Huntington who knew the artist well; David Wilkie had been the topic of my doctoral dissertation. But imagine my surprise when I saw an emailed image of the painting: it was Wilkie’s Supper at Emmaus, one of the 19th-century Scottish artist’s last works, untraced for decades.

Wilkie began the painting in Jerusalem while on an extended trip to the Near East in 1840-41. His travels were part of a campaign that he hoped would lead to a revolution in religious painting, one in which first-hand observation of the landscapes, architecture, and people of the Holy Land would be used to create historically accurate biblical scenes. (The Huntington already had one of Wilkie’s on-the-spot drawings, Interior in Jerusalem.) The painting, and indeed the artist’s whole project, was never completed. He died onboard ship as he traveled back to London. 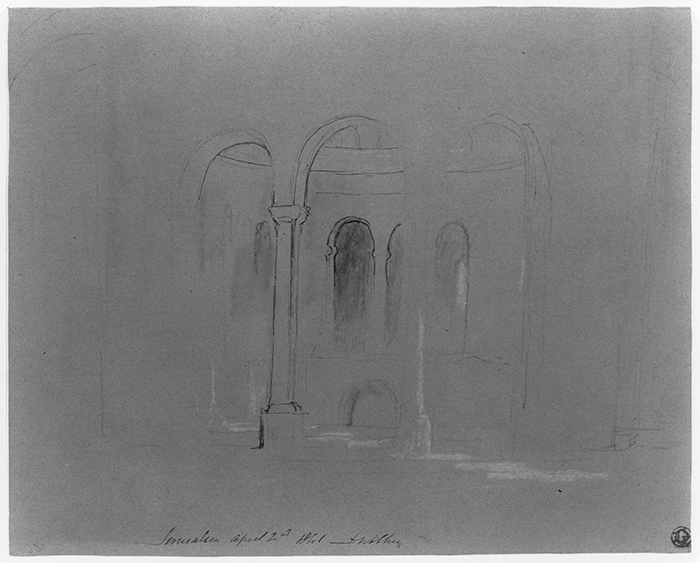 After his death, Wilkie’s belongings were transferred to his sister. His final estate sale took place in 1860, and the painting made its way through several British collections. In 1947, the London-based dealers Spink & Son featured Supper at Emmaus in an advertisement. Over the ensuing years, the advertisement’s black-and-white photograph of the painting was published in at least one art history book and several journal articles on Wilkie’s career without any indication of where the painting was located. It seemed to have vanished.

So where was Supper at Emmaus hiding for more than five decades? The answer is Shelbyville, Ill., where Tooey’s grandmother, Mabel Roberts, regularly perused art catalogs from around the world. Mrs. Roberts was a shrewd woman with a good eye, a passion for art, and a no-nonsense approach to collecting. When she thought Spink’s price for the Wilkie painting was too high, she simply sent payment in a lower amount. A clearly surprised gallery director replied: “We would have considered your offer most carefully in any case, but reinforced as it is by your money order, we feel it would be not only unchivalrous but discourteous not to accept.” Supper at Emmaus remained in the Roberts’ home for many years and was eventually passed down to her two granddaughters. 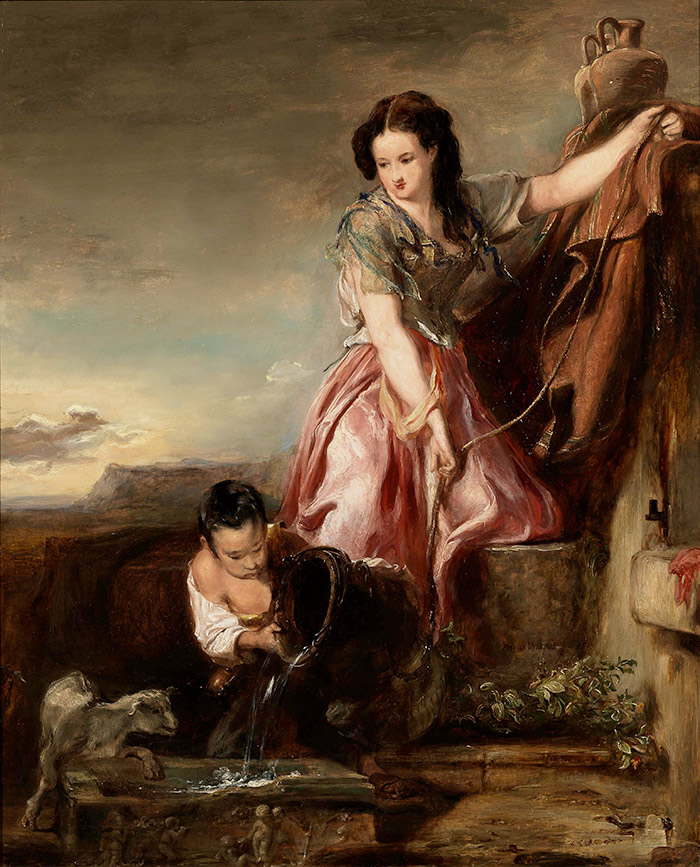 David Wilkie, Sancho Panza in the Days of His Youth, 1835, oil on canvas, purchased with funds from the Browning Memorial Art Fund. The Huntington Library, Art Collections, and Botanical Gardens.

The Huntington was not prepared to purchase Supper at Emmaus, despite its unquestionable historic significance. The art collections had recently acquired Wilkie’s Sancho Panza in the Days of His Youth (1835), and given the limited acquisitions budget, it did not make sense at the time to buy a second painting by the same artist.

Fast forward several months, when another call brought another surprise: the sisters wanted to donate Supper at Emmaus to The Huntington in memory of both of their grandmothers. When asked why the change of mind, Tooey Durning had this to say: “Anne and I were introduced to The Huntington as children by our grandmother, Lola Durning. We shared fond memories of visits with her and our parents.” Those early experiences of the institution, combined with their grandmother Roberts’ love of art and the way Supper at Emmaus fit so well with the collections, made the decision simple. “Anne and I knew in our hearts that The Huntington was the perfect place for this painting.”

After several months in conservation, a cleaned and reframed Supper at Emmaus is now on view on the second floor of the Huntington Art Gallery, where it tells an intriguing story of one painter’s thwarted ambition to transform the art of his time. 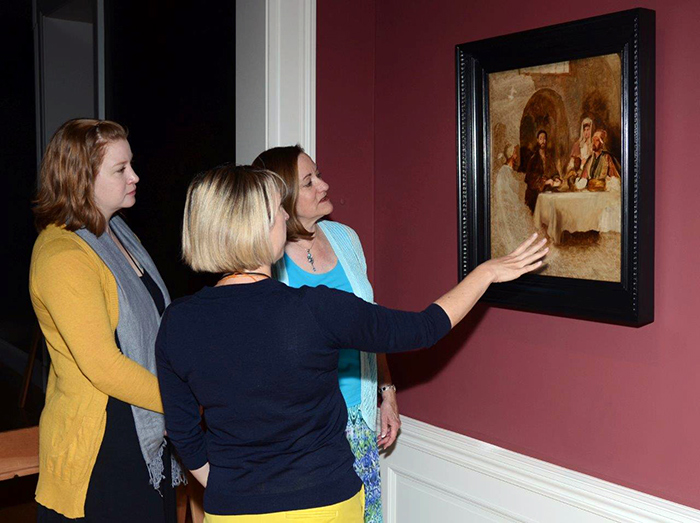