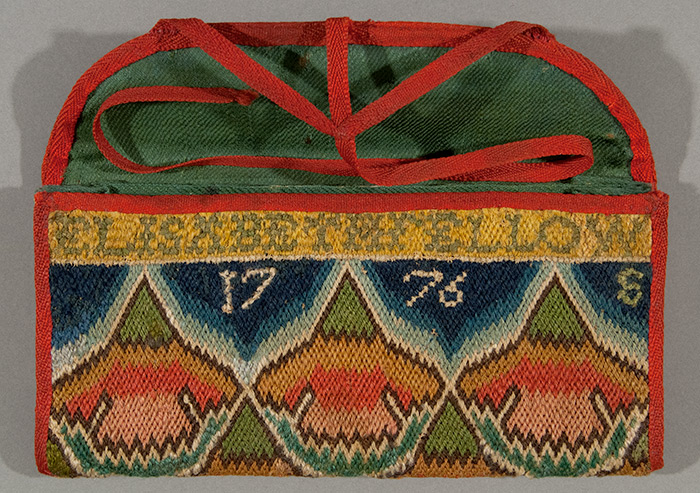 A modest pocketbook made in 1776 by Elizabeth Fellows is but one of many artworks at The Huntington that together tell a “full, rich story” about the history of art in the United States. Photography © 2014 Fredrik Nilsen.

With the arrival of Independence Day weekend, The Huntington is counting down the days to the opening of expanded gallery space in the Virginia Steele Scott Galleries of American Art. Come July 19, you can visit five new rooms that will allow for the display of nearly 100 more works.

“Our goal is to tell a full, rich story about the history of art in this country,” says Kevin Salatino, Hannah and Russell Kully Director of the Art Collections at The Huntington. “This expansion should delight, and in many cases surprise, our visitors with a number of remarkable new acquisitions. We’re in an exciting moment for The Huntington’s art collections, and particularly for the continuing evolution of American art, whose story we’re able to tell now with greater depth and breadth.” 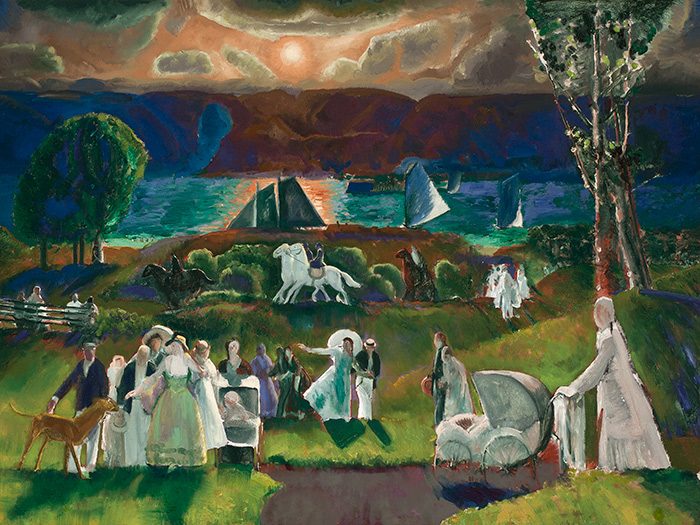 Art Director Kevin Salatino wrote about the recent acquisition of George Bellows’ Summer Fantasy (1924) in the most recent issue of Huntington Frontiers.

That story is also covered in a companion book, American Made: Highlights from The Huntington Art Collections, which features more than 100 works in full-page illustrations, including the pocketbook above, made in 1776 by Elizabeth Fellows. The books are already available from The Huntington Store. The pocketbook was on display recently in the exhibition “Useful Hours: Needlework and Painted Textiles from Southern California Collections.”

Many of the other highlights from the book have long been on permanent view in the Scott Galleries. Since the opening of the galleries in 1984, The Huntington has displayed American works from the 18th to the 20th century. But in recent years there has been a steady increase in acquisitions spanning the 20th century, including the acquisitions of Summer Fantasy (1924), by George Bellows; For W.A. (1969), by Tony Smith; Global Loft (Spread) (1979), by Robert Rauschenberg; and Free Floating Clouds (1980), by Sam Francis. 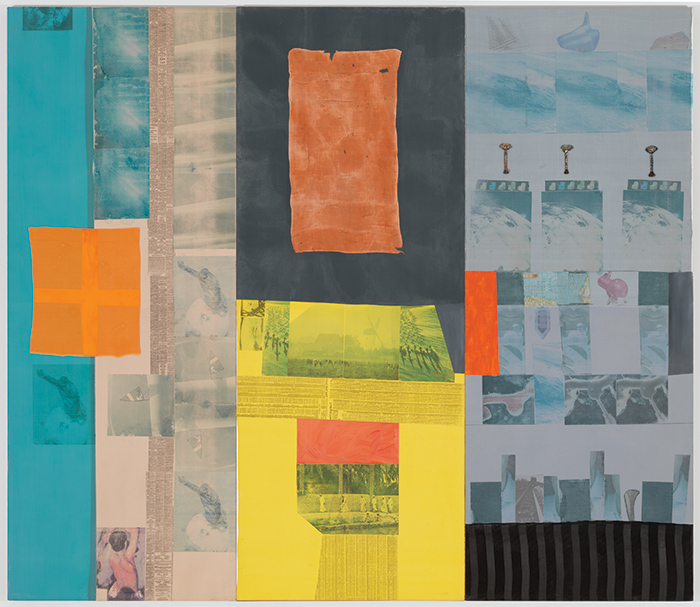 The expansion of the galleries showcases these new strengths with the five new rooms focusing on these areas: the early 20th-century landscape, with works made from 1900 through the 1920s; photographs, with an emphasis on The Huntington’s rich Edward Weston holdings; paintings, sculpture, and decorative arts made in the 1930s; geometric abstraction and Pop Art; and The Huntington’s painting by Rauschenberg, whose interest in becoming an artist was inspired by a visit to The Huntington in 1946, rounded out with important loans from the Robert Rauschenberg Foundation.

“While our display has always included some works from the 20th century, now we are able to explore important themes in greater depth,” said Jessica Todd Smith, Virginia Steele Scott Chief Curator of American Art at The Huntington. “We will be sharing with visitors a solid representation of pre- and postwar American art, with major works from some of the most innovative and influential artists of the period.”

Matt Stevens is editor of Verso and Huntington Frontiers.