Tapping a New Mine of Research 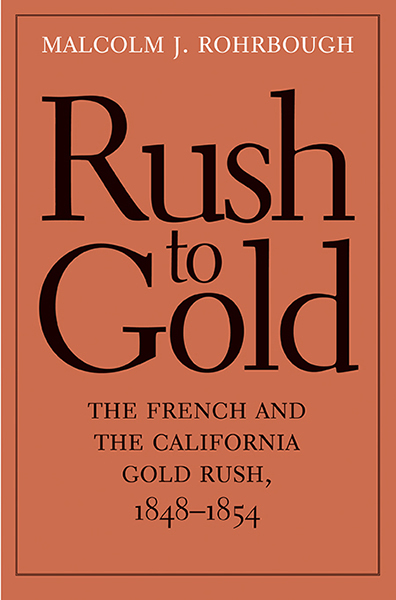 The new book is published by Yale University Press and part of its Lamar Series in Western History.

Sutter’s Mill. Forty-niners panning for gold. Lottery of the Golden Ingot? If you thought you knew everything about the California Gold Rush, think again.

By many accounts, historian Malcolm J. Rohrbough had written the definitive book on the Gold Rush when he published Days of Gold: The California Gold Rush and the American Nation (1997, University of California Press). California’s premier chronicler, Kevin Starr, called Rohrbough “a master historian of this defining American epic.”

His newest book, Rush to Gold: The French and the California Gold Rush, 1848–1854 (2013, Yale University Press), brings an international dimension to our lore of the golden state, including the story of a remarkable lottery devised in 1850 by whaling captain Jean-Francois Langlois to raise millions of francs in order to send more than 3,000 emigrants from France to San Francisco.

The book is less about the French in California than it is about how gold fever played out in France during the Second Republic, a period of French history bookended by the Revolution of 1848 and the rise of the Second Empire in 1852. This brief period was characterized by a proliferation of newspapers, humor magazines, and novels. Rohrbough shows how news from California influenced popular culture, including cartoons by an artist named Cham (né Amedée de Noé) that showed the widespread availability of gold in California in the form of massive boulders (see below). 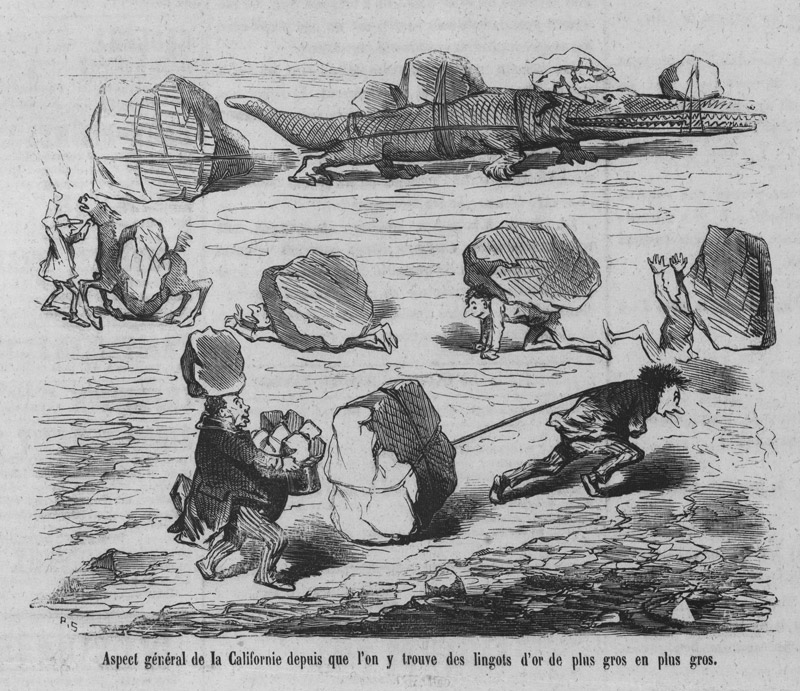 Such imagery helped fuel enthusiasm for the Lottery of the Golden Ingot, a contest built around a grand prize of a very real nugget worth 440,000 francs. (The income of an average French family was 600 francs.) The hope was to generate enough revenue in ticket sales to send thousands of French gold seekers to San Francisco to claim their own stakes.

“This lottery transfixes the nation,” says Rohrbough, “and in so doing spreads the word about California because it’s intimately associated with the idea of this golden ingot.” 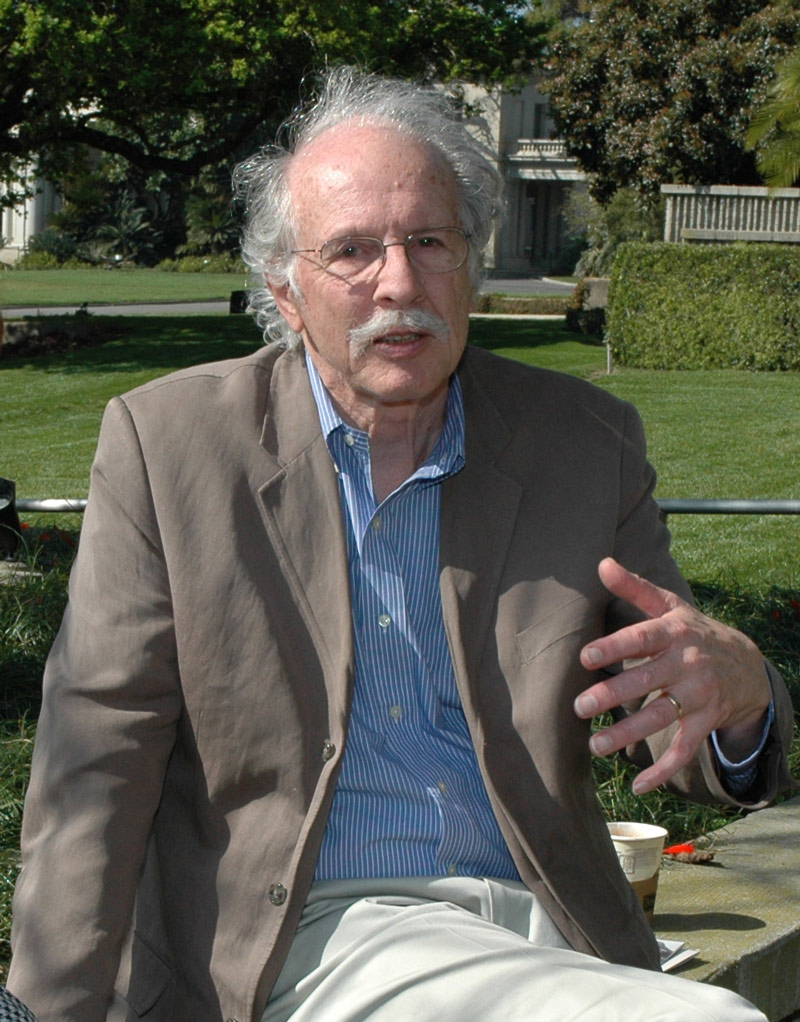 Malcolm Rohrbough at The Huntington in 2009.

Rohrbough’s research has taken him back and forth to France many times, not the usual itinerary for a historian of the American West. The Huntington has long been a sort of home base for him. He first came here on a fellowship from the National Endowment for the Humanities in 1986–87. In fact he conducted some of the research for his new book while on another NEH fellowship here, in 2004–05. Since retiring in 2008 as professor of history at the University of Iowa, he has been a fixture at The Huntington, spending his winter months in residency.

As with many schemes, the lottery claimed far more losers than winners. While the impact of California on French life was short-lived, Rohrbough has shown how the brief moment is a critical chapter of the history of the Second Republic and of the wider history of the California Gold Rush.