Thirty-Three Ways of Looking at the American Revolution 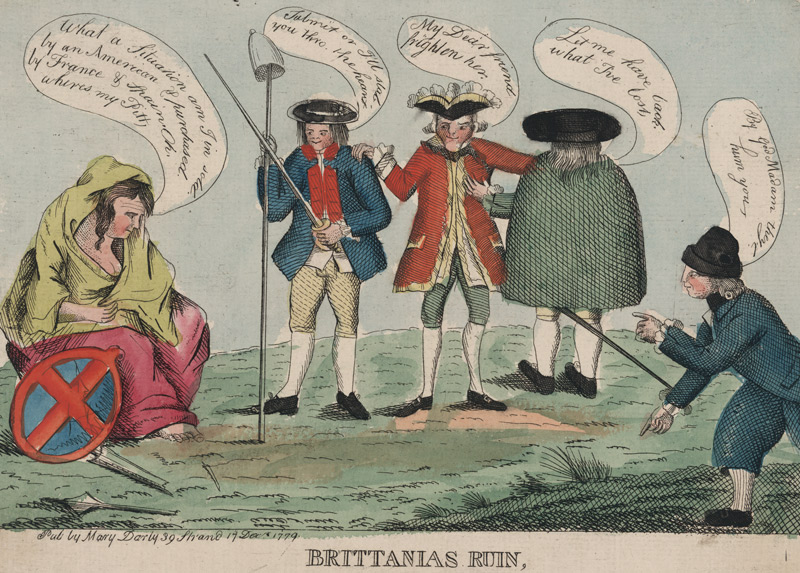 This publishing season, books on the American Revolution and Founding Fathers have garnered tough reviews and a little controversy, but one book stands out as a once-in-a-generation reassessment of scholarship on that subject: The Oxford Handbook of the American Revolution. The volume, which came out in late November, features essays from 33 scholars who explore the war from the perspectives of diplomacy, economics, violence, politics, gender, race, and religion while also portraying it as a global event.

Books about the Founding Fathers might be mainstays on bestseller lists, but dissertations, journal articles, and college courses on the American Revolution have actually been on the decline over the past 25 years, according to the Handbook’s editors, Edward G. Gray and Jane Kamensky. They hope that by gathering essays by a diverse group of scholars they have demonstrated how the field remains vital at the beginning of the 21st century.

The exercise proved so fruitful for them that they also organized a conference that met at The Huntington in September. “The American War: Britain’s American Revolution” brought together 11 scholars to discuss the ways Britain perceived the conflict. You can listen to their introductory remarks and several presentations on The Huntington’s iTunes U site.

“The whole idea for the conference came from our discovery that the full story of Britain’s American Revolution—indeed, of the Revolution beyond the thirteen rebel colonies of the North American mainland—remained to be told,” said Gray, professor of history at Florida State University. “Even after editing a volume of 33 essays, many of which touched on this theme, we realized that there was much more to say on the subject." 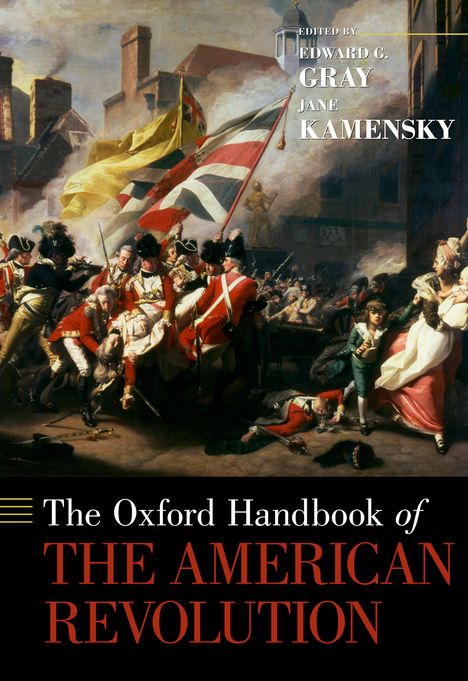 Indeed, in two days of papers, historians covered the Revolution from the vantage points of the far reaches of the British empire, drawing in places like Bermuda, Kingston, Havana, Pensacola, and Sierra Leone. Half of the presenters had contributed to the Handbook, while the other half reinvigorated the storylines Gray and Kamensky had been gathering and editing for the past several years for the Handbook.

“There is no better way at once to grasp the complexity of a truly worthy historical problem and to find a way through that complexity than the kind of dialogue a conference such as ‘Britain’s American War’ made possible,” said Jane Kamesky, the Harry S. Truman Professor of American Civilization at Brandeis University.

In her opening remarks at the conference, Kamensky noted the frequency with which past scholars have slipped into a so-called nationalist narrative, where undue attention is placed on the birth of one nation at the expense of the partitioning of an empire. Another academic trap has been to take only the top-down approach (elite Founding Fathers) or the bottom-up (populist revolt). She says her field can best move forward by looking sideways.

“Even the Anglo-Atlantic framework,” she concedes, “is really insufficient for understanding both cause and consequence of the way the series of events that produced the United States—and also produced many other things—rippled out.”

There seemed to be at least one consensus at the conference, best summarized by historian Eliga H. Gould, who said, “The American Revolution remains almost as important to British history as it is to the history of the United States.”

For more information on The Oxford Handbook of the American Revolution, visit the website of Oxford University Press. You can also order copies from The Huntington Bookstore & More. Learn more about Huntington conferences on the research page of The Huntington's website.