Three Ways of Looking at the Japanese Garden 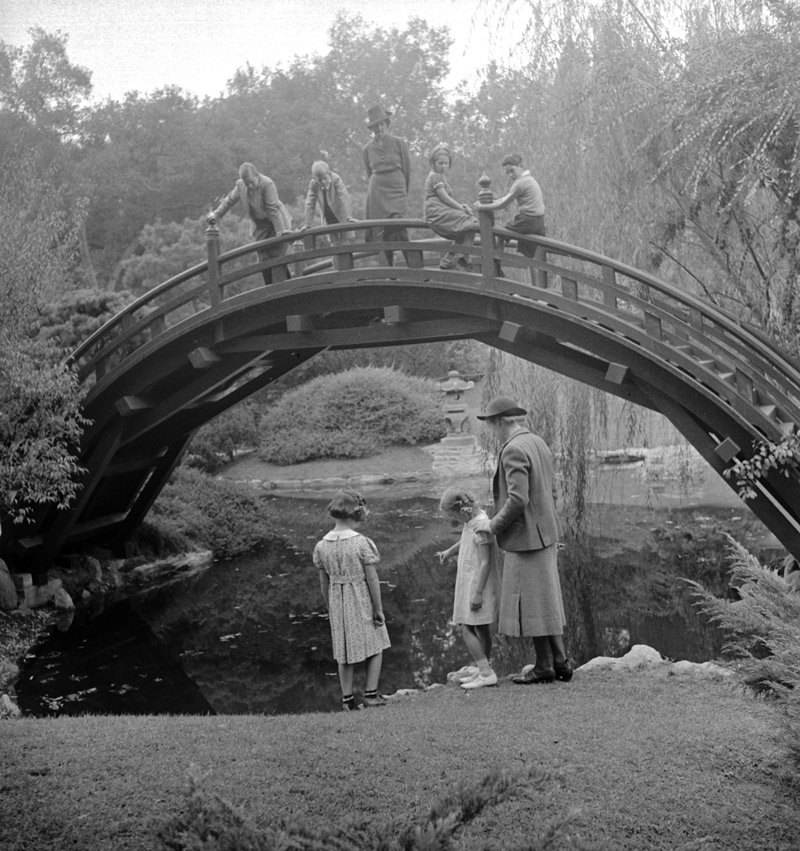 Visitors in the 1930s view the ponds of the Japanese Garden from the moon bridge (the structure was later closed to pedestrians).

When The Huntington's Japanese Garden reopens to the public on April 11 after a year-long renovation, it will be an appropriate time to reflect on its 100-year history.

Kendall H. Brown says that we can understand the history of Japanese gardens in America in the past century by looking at the three distinct types of landscapes that now make up The Huntington's Japanese Garden: the stroll garden, with its pond and moon bridge; the dry, raked gravel garden; and the new tea garden.

Brown, professor of Asian art history at California State University, Long Beach, spoke at The Huntington last year to kick off a new lecture series celebrating the garden's 2012 centennial. His talk is worth listening to again in the weeks before the reopening—you can download it from iTunes U or click and listen to it here.

In the lecture, Brown recounts how Americans first learned about Japanese gardens through pavilions at worlds' fairs, first in Philadelphia in 1876 and then in Chicago in 1893. These early displays featured traditional Japanese architecture surrounded by a small, simple garden. That was soon to change.

In 1894, antiques dealer George Turner Marsh won the bid to create a Japanese village for the California Midwinter International Exposition in San Francisco. Marsh felt Americans needed more context in which to understand Japanese culture: to cross over an arched bridge, to have tea in a teahouse, to be served by women wearing kimonos. 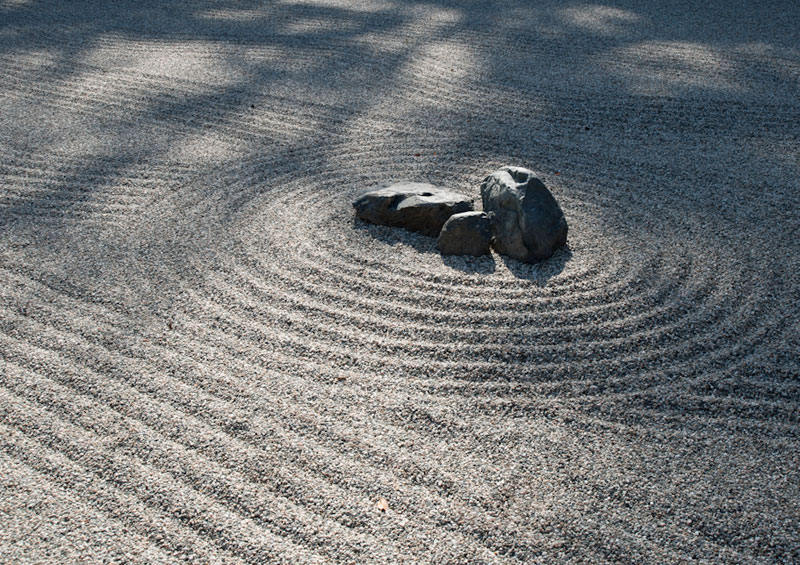 "This becomes part of Marsh's image of how to sell Japan to the West, and it's wildly successful," recounts Brown. (Marsh's garden later becomes Golden Gate Park's Japanese Tea Garden.)

Entrepreneurs then started building commercial Japanese teahouses across the country, often with a small garden. By the early 1910s and '20s, one could drink tea at a Japanese tea garden at the Cawston Ostrich Farm in South Pasadena or on a rooftop garden at the Ritz-Carlton Hotel in New York City, and in many places in between.

"Having a Japanese garden becomes a sign of being up-to-date, of being fashionable," opines Brown.

Henry Huntington got into the game in 1911, when he went looking for Asian plants but ended up buying an entire commercial tea garden in Pasadena, run by none other than George Turner Marsh.

Huntington hired a Japanese carpenter, Toichiro Kawai, to assemble the Japanese House, build a Torii gate, and construct the now-iconic moon bridge. "This is not just moving over the old Marsh tea garden," says Brown, "it's wildly expanding on it." Meanwhile, this grand concept of a Japanese garden was being repeated all over North America and in Australia. 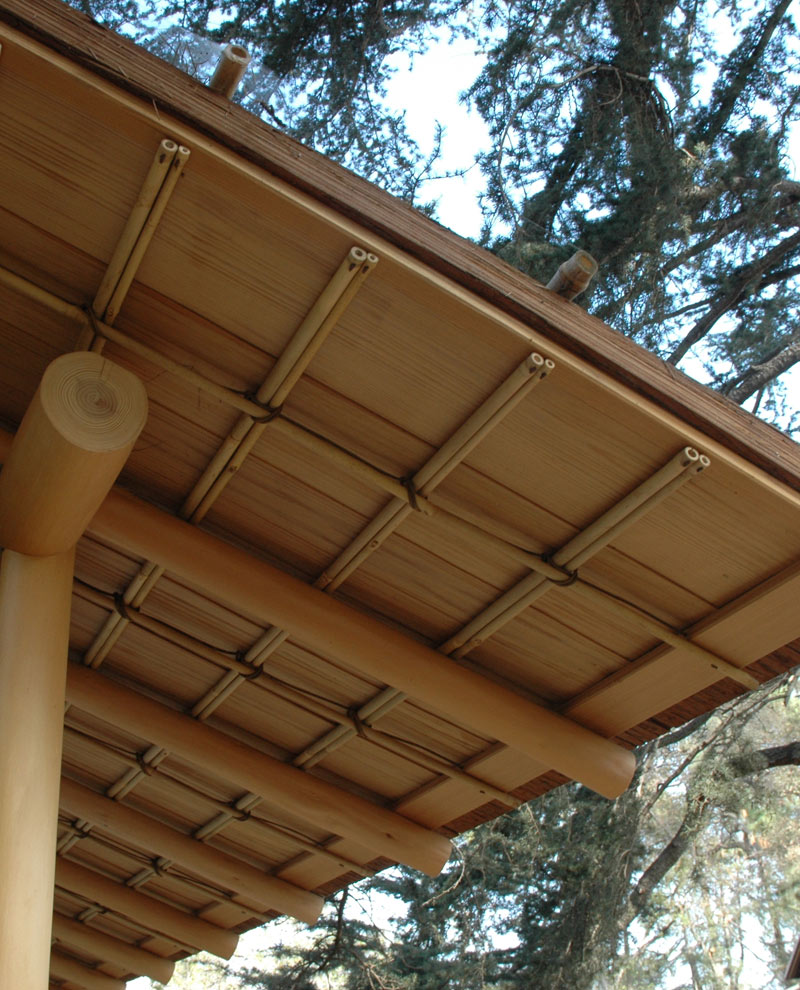 A glimpse at the teahouse set amid pines at the new tea garden.

Another shift occurred in the postwar period when Japanese garden aesthetics were reimagined as modernism: clean, simple, and spiritual. Enter the dry, Zen garden. The Brooklyn Botanic Garden, which has one of the earliest institutional Japanese gardens, added a dry garden in 1963. Two years later, The Huntington installed its raked-gravel dry garden (karesansui) and a bonsai courtyard.

And now in 2012, The Huntington has expanded the Japanese Garden with a tea garden and the exquisite Seifu-an teahouse (the Arbor of Pure Breeze), donated by the Pasadena Buddhist Temple.

"When we look at the Japanese Garden at the Huntington, we see something very specific with its own local history," says Brown. "But we also see something that opens our eyes to Japanese gardens throughout North America."

Diana W. Thompson is a freelance writer based in South Pasadena, Calif., and a regular contributor to "Huntington Frontiers" magazine.