Top 10 Reasons to Expect the Unexpected at The Huntington 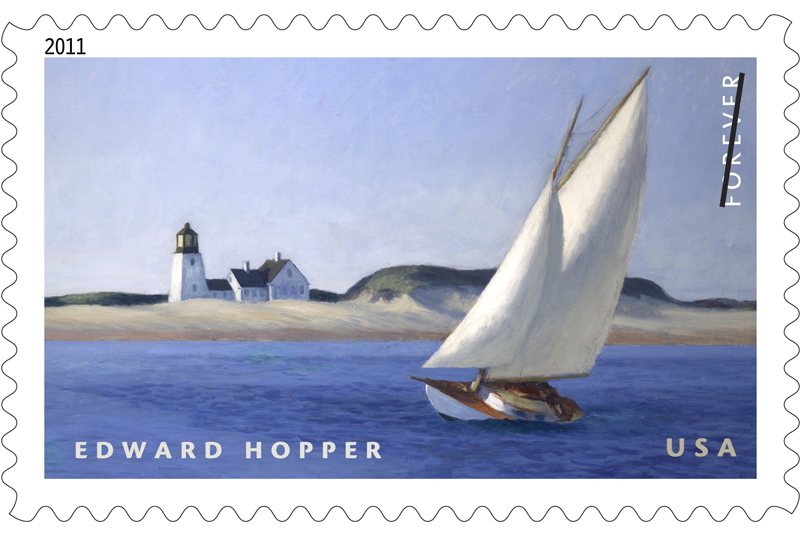 The "forever" stamp of Edward Hopper's The Long Leg.

There is a certain predictability in the ways the gardens enchant visitors from season to season. And you can always count on visitors lining up to see the Gutenberg Bible or the Ellesmere manuscript of Chaucer's Canterbury Tales. But each year you can also count on the unexpected. Here are some stories about the many ways the collections surprised us this past year, from a postage stamp to a flagpole, from a death mask of Isaac Newton to a marble likeness of George Washington.

10. A painting on display in the Virginia Steel Scott Galleries was granted "forever" status by the U.S Postal Service in August, when Edward Hopper's The Long Leg became the latest stamp in the American Treasures series. Art aficionados and philatelists alike lined up at The Huntington to purchase the 44-cent "forever" stamps and have them inked with commemorative pictorial postmarks.

9. Shortly after the opening of "Blue Sky Metropolis: The Aerospace Century in Southern California," archivists for the Aerospace History Project explained that for every item on display in a show, there are thousands of others that remain in the archive awaiting review by scholars. One of the hidden treasures, from the personal collection of JPL engineer Al Hibbs (1924–2003), is a statistical survey of winning numbers from roulette wheels in Reno and Las Vegas. The charismatic physicist and mathematician parlayed his genius into thousands of dollars before he was blackballed from the casinos.

8. Like Huntington archivists and catalogers, summer interns also get a close look at some remarkable objects in the collection. One of our interns wrote about a plaster death mask of Isaac Newton that was formerly in the collection of Thomas Jefferson. It came to the Huntington in 2006 as part of the Burndy Library, the massive collection related to the history of science that was donated by the family of Bern Dibner. 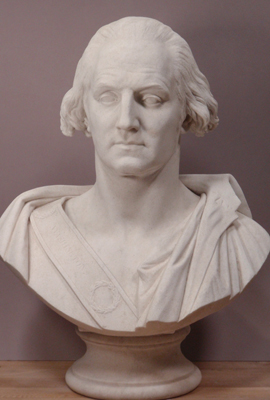 The bust of George Washington sculpted by David d'Angers around 1832.

7. This past summer we also wrote about the unique back story of a sculpture of George Washington. The 400-pound marble bust, newly installed in the upstairs hallway of the Huntington Art Gallery, was made around 1832 by the top portrait sculptor in France at the time, Pierre-Jean David, called David d'Angers (1788–1856). Art conservators have now reported that the bust had been subjected to intense heat, possibly a fire, thereby providing scientific evidence supporting a disputed theory about the bust: that it had been on display in the Library of Congress, which was then located in the Capitol building in Washington, D.C., when a devastating fire broke out there in 1851 and gutted the place. Later sold as scrap marble, it was eventually purchased be an art dealer and sold to Henry Huntington in 1924.

6. Conservators in the Library were also busy this year. Marieka Kaye, an exhibits conservator, was featured in an episode of "Armchair Archivist" on the website for the Disney Fan Club after she repaired the paper and binding of the spectacular gold-plated book that was used in the opening of Disney's animated movie Sleeping Beauty (1959).

5. The towering flagpole that stands over the Shakespeare and Rose gardens might look like metal but is in fact 148 feet of solid Douglas fir. On Independence Day weekend we told the story of Henry Huntington's superintendant, William Hertrich, who bought the piece of lumber in 1909 and then drove it by wagon through the back roads of early Los Angeles. The pole stands 132 feet, with the other 16 feet anchored underground.

4. The Huntington's Early California Population Project is a comprehensive database of the sacramental registers—the baptismal, marriage, and death records—from California's 21 missions. In January we wrote about how information from the database was adding dimension to the discovery of bones at the site of L.A.'s oldest cemetery, near La Placita church in downtown Los Angeles.

3. The Huntington collection has also played a valuable role in an archaeology dig at Morven, an estate in Virginia near Thomas Jefferson's Monticello. In an update to a Huntington Frontiers article, we explained how a Huntington map, with notes in Jefferson's hand, provided crucial details to a team of historians, anthropologists, and archaeologists. Our blog post previewed the July broadcast of "The Presidency: Thomas Jefferson and Alternatives to Slavery," a program on American History TV (C-SPAN 3) that aired some of the findings of the Morven team.

2. You would need a world map to trace the path taken by a teahouse after it was donated to The Huntington's Japanese Garden in 2010 by the Pasadena Buddhist Temple. In a series of posts, Jim Folsom, the Telleen/Jorgensen Director of the Botanical Gardens, tracked the shipment of the house in pieces to Japan for restoration, its return in the spring via the Port of Long Beach, and its reassembly in a new tea garden in the Japanese Garden, which is still undergoing restoration but will reopen to visitors on April 11, 2012. 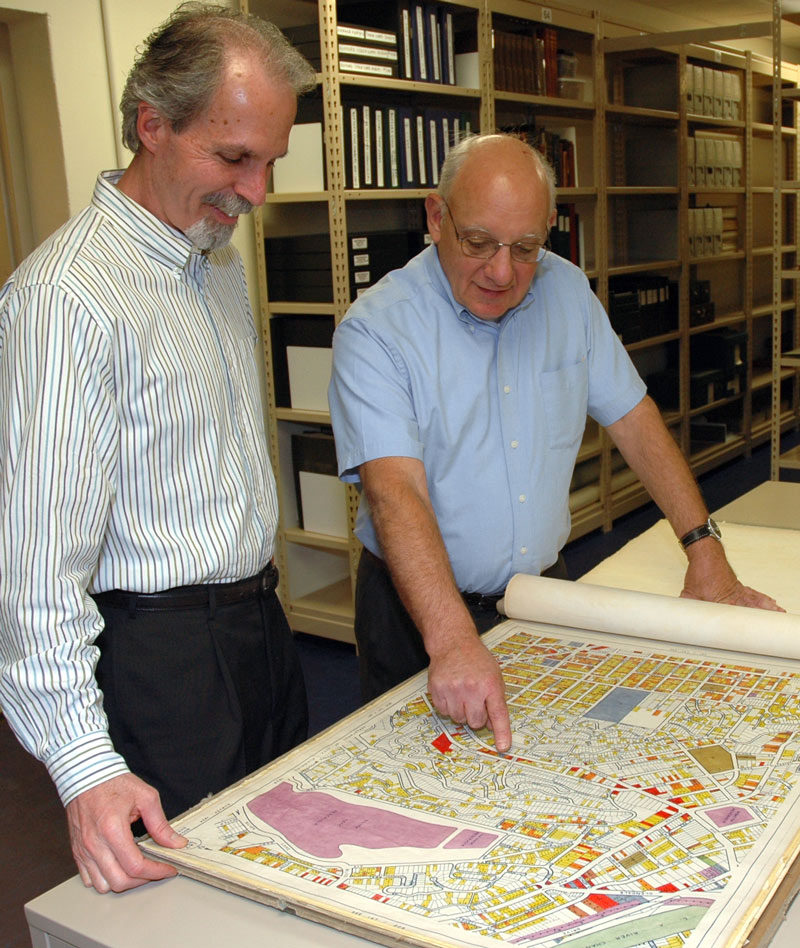 1. Maps also played a role in one of the most unexpected stories to emerge from the collections this year. On May 17, Rockstar Games launched L.A. Noire, an action-packed video game set in the mean streets of Los Angeles in 1947. Rockstar and its Australian-based collaborator Team Biondi used street maps from The Huntington to lay the foundation for their vintage cityscape. Dating from the mid-1930s, these detailed land-use maps were commissioned by the Works Progress Administration, or WPA, a Depression-era program to create jobs—in this case, for surveyors, draftsmen, and urban planners.

A special thanks to everyone who contributed to the Huntington Blogs this year and to the many readers who shared their comments! Happy New Year!