Top 10 Reasons to Take a Walk in the Gardens 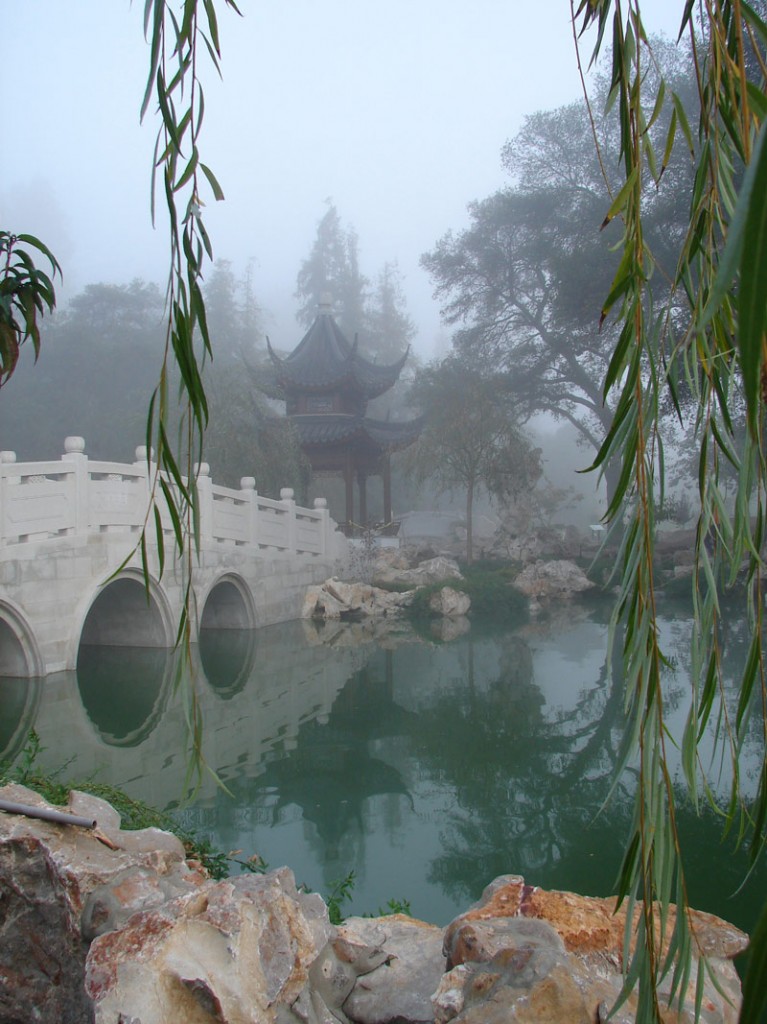 A look back on the year of the Huntington Blogs, where we covered more than a hundred stories about the Library, Art Collections, and Botanical Gardens.

The Huntington will be open every day this week for extended hours, 10:30 am to 4:30 pm. All major garden areas are now reopened after windstorm cleanup, which is reason enough to take a walk in the gardens. Here are some botanical highlights from 2011 that might entice you to keep returning in 2012.

10. Trees—pine trees, palm trees, oak trees, and citrus, to name just a few. Throughout 2011, Jim Folsom, the Telleen/Jorgensen Director of Botanical Gardens, has blogged about all things tree related, including the good, the bad, and the ugly that staff members encounter when stewarding a massive collection of living specimens. There's no better place to start appreciating trees, he told us in one post, than with the Tipuana tipu in the parking lot or with the Quercus robur, which translates as Oak Oak.

9. Long before a massive windstorm created piles of broken limbs and leaves, Huntington gardeners had perfected the art of pruning, brush removal, and mulching, thanks in part to a 650-horsepower machine dubbed "Yeager." Last spring, Jim Folsom wrote about the tub grinder donated to the gardens a dozen years ago by Gene and Billie Yeager. From its hidden corner of the gardens, "Yeager" provides mulch and renewal.

8. New Year's Day is, after all, a time of renewal. A look back on Chinese New Year festivities from February 2011 also serves as a preview of the upcoming Year of the Dragon. Each year, The Huntington's Garden of Flowing Fragrance, Liu Fang Yuan, is the site of performances, demonstrations, and plants rich in symbolism, including plum blossoms (symbolizing the beginning of spring), peonies (prosperity), and narcissus (longevity). With its combination of plants, architecture, water, and rockery, the Chinese garden offers an enticing destination at any time of the year. 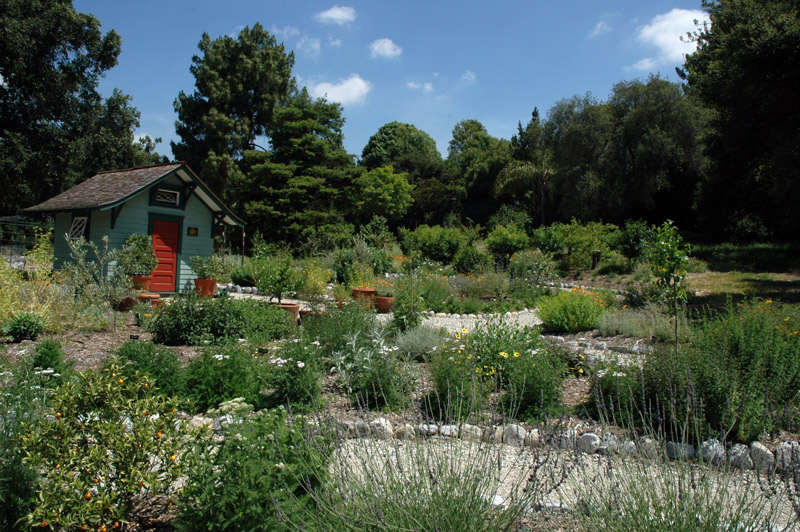 7. Another plant rich in symbolism is the four-leaf clover, but at The Huntington St. Patrick's Day brings a much larger version of a shamrock—a green bromeliad. At the bottom of the Desert Garden is the giant Puya berteroniana, which amazes visitors in March with stalks of pale teal and other shades of green.

6. Flowering plants are nature's version of show time—for bees, hummingbirds, and plant lovers who might become obsessed with one particular species over all others. Each year, The Huntington hosts a number of botanical shows and events, including the Camellia Show in February, the Clivia Show in March, the Cactus and Succulent Show in July, and the Orchid Show in October, to name just a few. Displays of each of these plants can be spotted in the gardens as well.

5. At many of these shows, visitors can purchase plants and speak with expert horticulturalists. The highlights of the year for plant buyers are the spring and fall plant sales. Plant sales also take place on the second Thursday of each month, following a garden talk in Friends' Hall at 2:30 p.m. In March we wrote about a talk by avocado experts Carl Stucky and Julie Frink, who brought dozens of avocado varieties in a show-and-tell presentation.

4. The Huntington boasts its own avocado orchard—a heritage grove of 33 varieties that was dedicated this year as the Shepherd-Brokaw Orchard, in honor of Jack Shepherd and Hank Brokaw, giants of the avocado industry in Southern California and long-time supporters of The Huntington. The trees occupy the heart of the Ranch, the Huntington's new sustainable urban agriculture site, which conducted open houses, workshops, and a symposium this year.

3. Beyond practicing urban gardening or viewing the blue ribbon prizes from plant shows, visitors can learn to appreciate the craftsmanship of masters of the art of bonsai who prune small specimens of Japanese black pine, maples, elms, or junipers into miniature trees. We blogged about The Huntington's own Ben Oki prior to the California Bonsai Society's annual show at The Huntington in March. 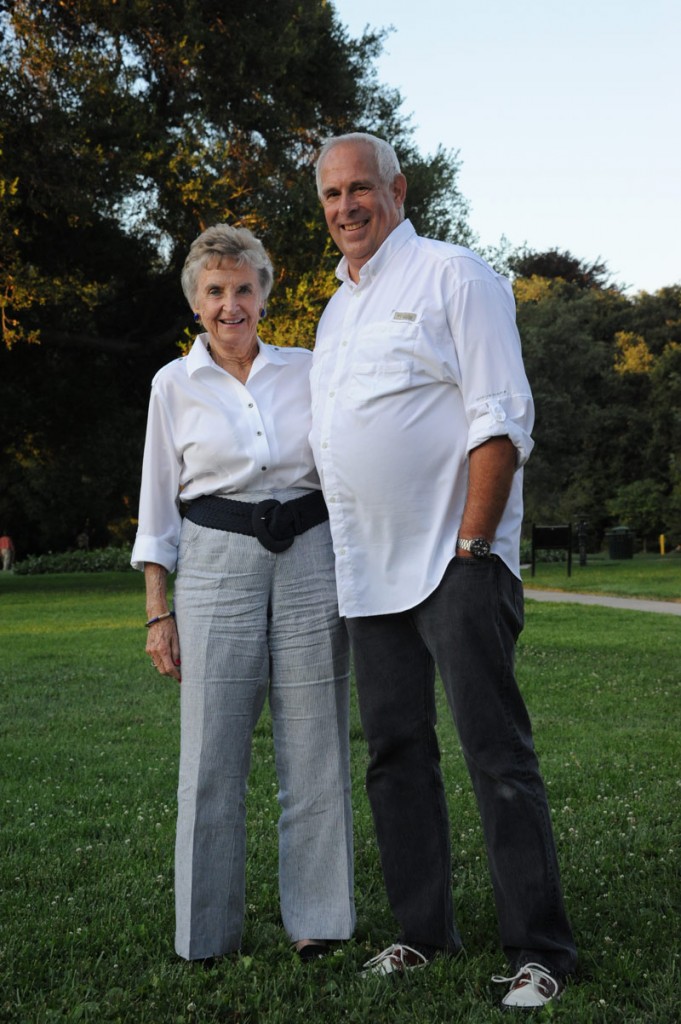 2. Landscapers, too, practice their craft in places like the Shakespeare Garden. But as Jim Folsom has mused in many posts this year, nature creates its own beauty time and time again, from the spectacular cardinal-red flowers of the lobelia, which sustain Ruby-Throated Hummingbirds on their annual migrations each year, to the peonies that bloom each spring with massive, overblown crepe paper flowers in luscious colors.

1. As New Year's Day approaches in the Pasadena area, it's impossible to avoid the Rose Garden, even if January brings pruning shears rather than spectacular blooms. Breathtaking displays come in April. But as we look back on 2011, we must note the retirement of Clair Martin, the Ruth B. and E. L. Shannon Curator of the Rose Garden and Perennial Gardens, who said good-bye after a 28-year tenure. Under Martin, The Huntington became a center for interpretation and conversation about the history and development of cultivated roses.