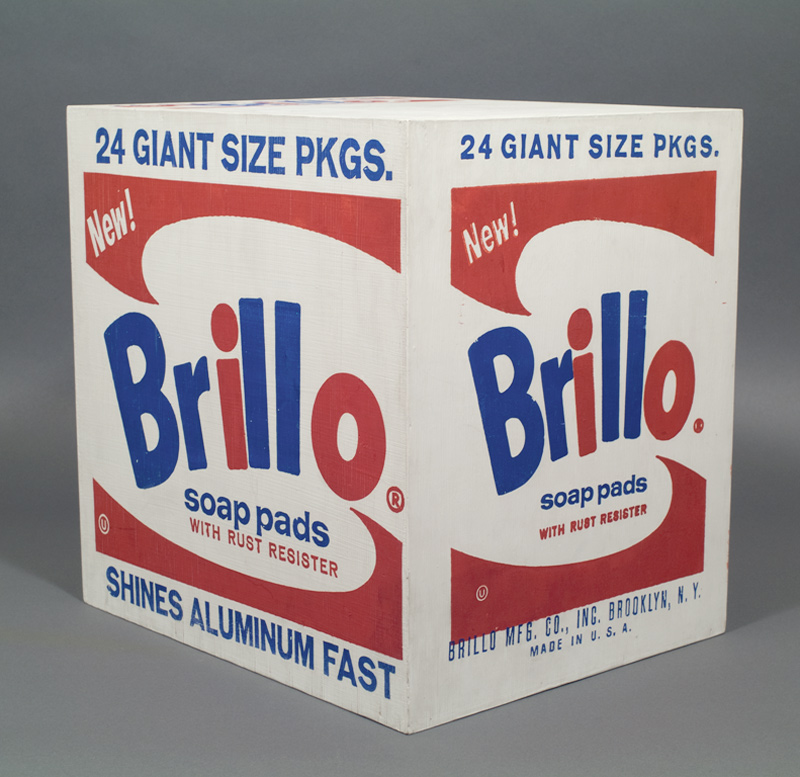 Andy Warhol, Brillo Box (1964); from the estate of Robert Shapazian.

The year 2011 was strong in new acquisitions—and also in stories about gifts and purchases that added to the riches of the holdings in The Huntington's collections.

10. In January, The Huntington displayed a remarkable acquisition—six pages from a diary already in the collection. Boston preacher Samuel Cooper's entry from April 18, 1775, is now joined with his musings of April 19 as well as the entries in the rest of a diary that is an eyewitness account of one of the first military engagements of the American Revolution.

9. And speaking of letters, during the summer The Huntington acquired a set of 68 letters written by World War I sailor Anthony Edward Mrazek . On Veterans Day we wrote about his granddaughter, Linda Goluskin, a staff member at The Huntington who wanted her family's history to become part of a wider fabric of historical material at The Huntington.

8. After The Huntington acquired several Andy Warhol items from the estate of Robert Shapazian, we wrote about how Warhol's Small Crushed Campbell's Soup Can (Beef Noodle) (1962) and Brillo Box (1964)—along with a stack of nine copies of Brillo Box by of Pontus Hultén (1990)—added a new dimension to the display of other 20th-century works on view in the Virginia Steele Scott Galleries of American Art.

7. The Scott Galleries were also enriched by purchases by the Art Collectors' Council, which added two items following its meeting in the spring: a 22-foot-long sculpture carved as a screen for a pipe organ by the prominent African American artist Sargent Claude Johnson (1888–1967) in 1937; and Harlem Flats (Back Lot Laundry), an important early painting made in 1907 by Ernest Lawson (1873–1939), one of a group of Ashcan school artists called The Eight. 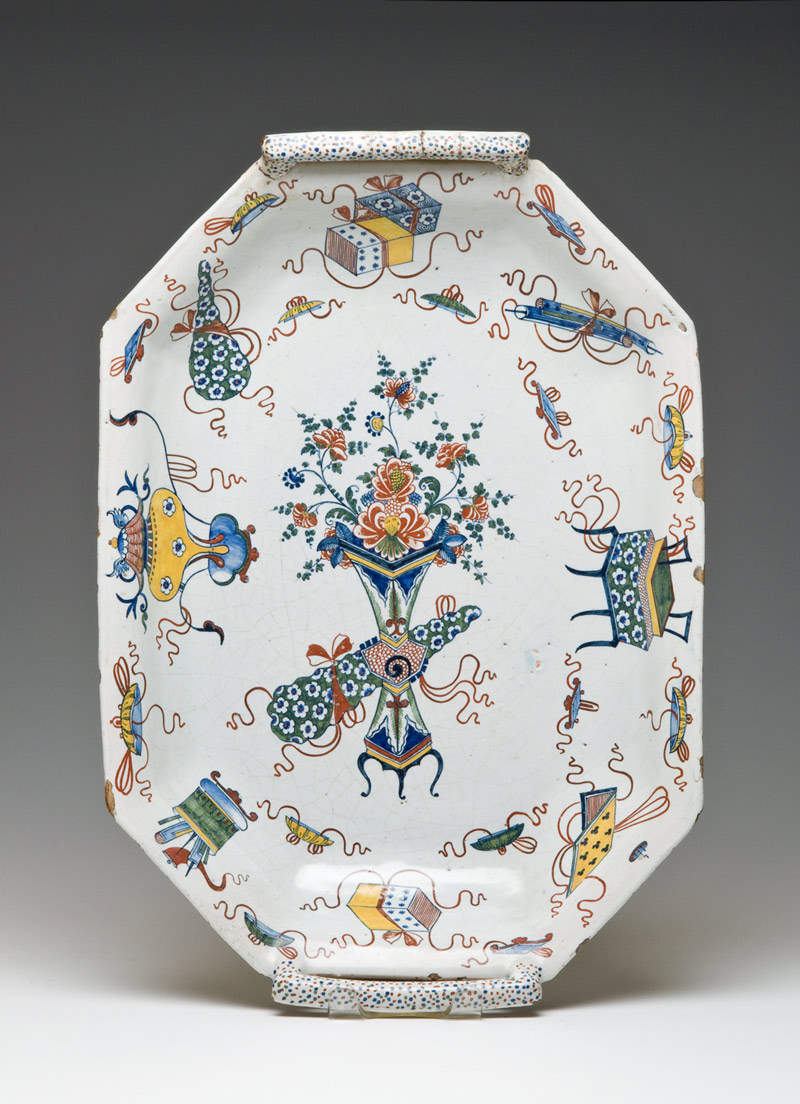 6. The Library Collectors' Council also convenes every year to purchase new items, and this year's meeting ended with the selection of five works that represent the remarkable range of the Library's holdings. On Abraham Lincoln's birthday, we wrote about one of the new items—the papers of Charlton Thomas Lewis (1834–1904), a true American polymath. The Lewis papers add to the tapestry of materials that have made The Huntington a premier center for post-doctoral scholarship in the antebellum and Civil War eras.

5. MaryLou Boone's gift of French porcelain went on permanent display in the Huntington Art Gallery this year and includes teapots, pitchers, apothecary jars, sugar boxes, and tea caddies made by the finest factories in 17th- and 18th-century France. The elaborately decorated works of functional art are captivating as individual objects and, together, illustrate the history of the art form.

4. Items from another remarkable collection went on view to the public—albeit briefly. In March, The Huntington's Brandon Tam and Lance Birk took a number of orchids from the S. Robert Weltz collection to the Santa Barbara International Orchid Show, where they garnered five first place ribbons, including the Wilcox Trophy for Best Paphiopedilum in Show (Paphiopedilum hainanense 'Hang Ten').

3. The presence of Harvey Christen loomed large in "Blue Sky Metropolis: The Aerospace Century in Southern California." In November we wrote about Christen's niece, Carol Basney, who together with her husband, Burt, donated thousands of photos and other memorabilia from Christen's long career at Lockheed Aircraft Corporation. You can still see some of those photos on display in the exhibition until Jan. 9, 2012.

2. A post by summer intern John Vining dipped back to an acquisition that came to The Huntington in 2006—the Burndy Library from the family of Bern Dibner. Among the thousands of books in that collection are some surprising objects, including the plaster death mask of Isaac Newton . 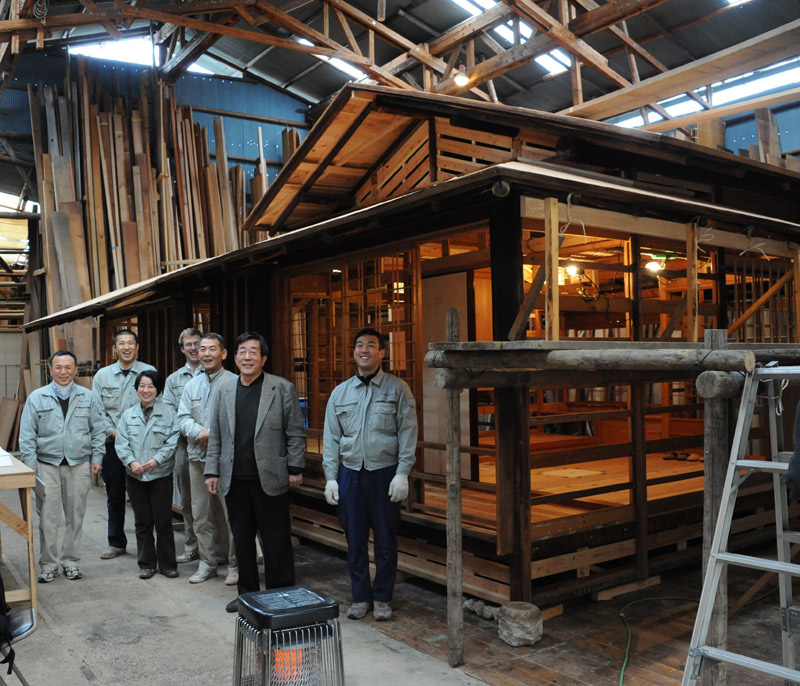 Yoshiaki Nakamura, in black shirt and sports coat, with his team in front of the reassembled tea house house in Kyoto, Japan.

1. In 2010 the Pasadena Buddhist Temple donated a Japanese tea house to the Huntington. In several posts this year, Jim Folsom, the Telleen/Jorgensen Director of the Botanical Gardens, tracked the shipment of the house in pieces to Japan for restoration, its return in the spring via the Port of Long Beach, and its reassembly in a new tea garden in the Japanese Garden, which is still undergoing restoration but will reopen to visitors on April 11, 2012.