A Treasure Among Treasures 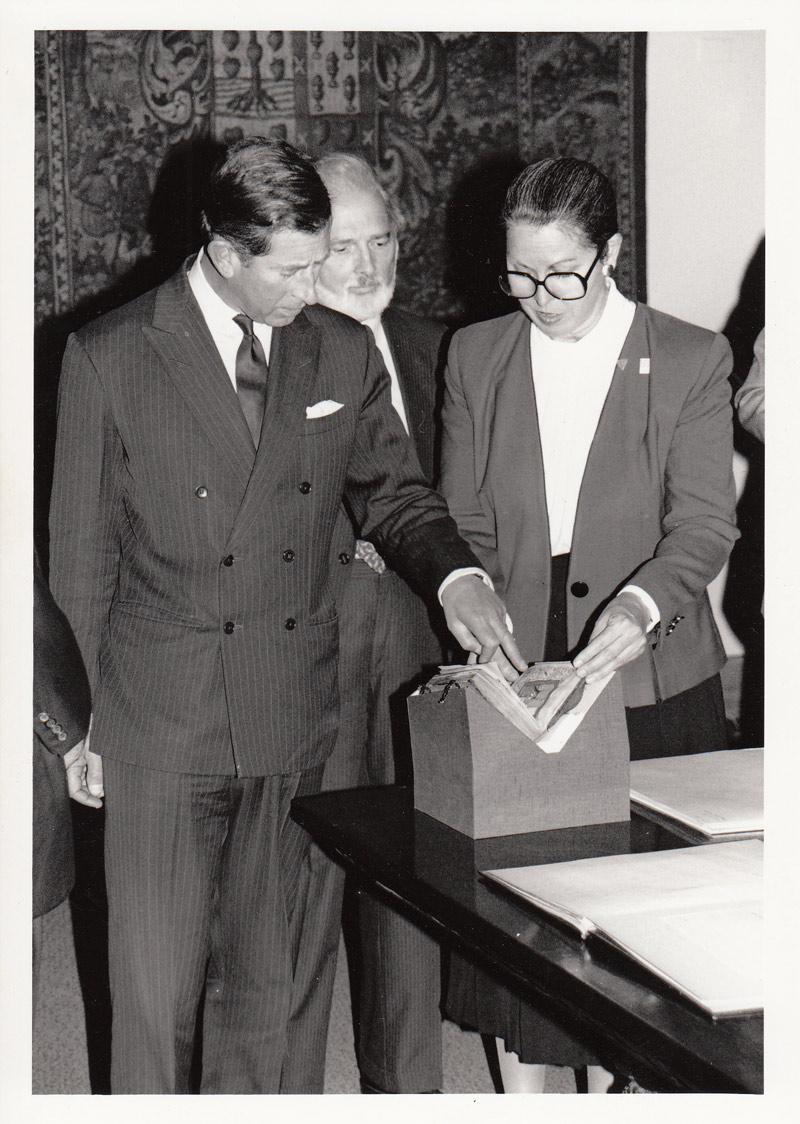 Mary Robertson points out features of one of The Huntington's treasures during a visit by Prince Charles in 1994. In the background is William Moffett, then director of the Library. Photo by Alex Berliner, Berliner Studios.

What do Prince Charles, Terry Jones of Monty Python fame, and author Hilary Mantel have in common? Apart from their British roots, all three have been assisted by Mary Robertson, The Huntington’s William A. Moffett Curator of British Historical Manuscripts. At the end of the month, Mary will retire after 42 years on the staff of the Library, where she has assisted scores of researchers in using the rare manuscripts documenting British history.

In providing high-level assistance, Mary has made a name for herself as both a scholar in her own right and as a curator who unselfishly promoted and assisted the research of hundreds of scholars who entered the Library’s doors or who called, wrote, or e-mailed for help. The extent of Mary’s expert assistance may be seen in the acknowledgments of countless books and in the number of researchers—from graduate students to prominent, established scholars—who count her a friend and as a valued collections advisor.

For many of her years here, Mary also served as the chief curator of manuscripts, overseeing a staff of as many as 18 curators and library assistants. Among her many accomplishments as department head, Mary planned the move of much of the manuscript collections to the Munger Research Center when it opened in 2004. Thanks to her mathematical prestidigitation, the collections slotted into their new shelves perfectly, and the entire move was accomplished in half the time estimated for the task. 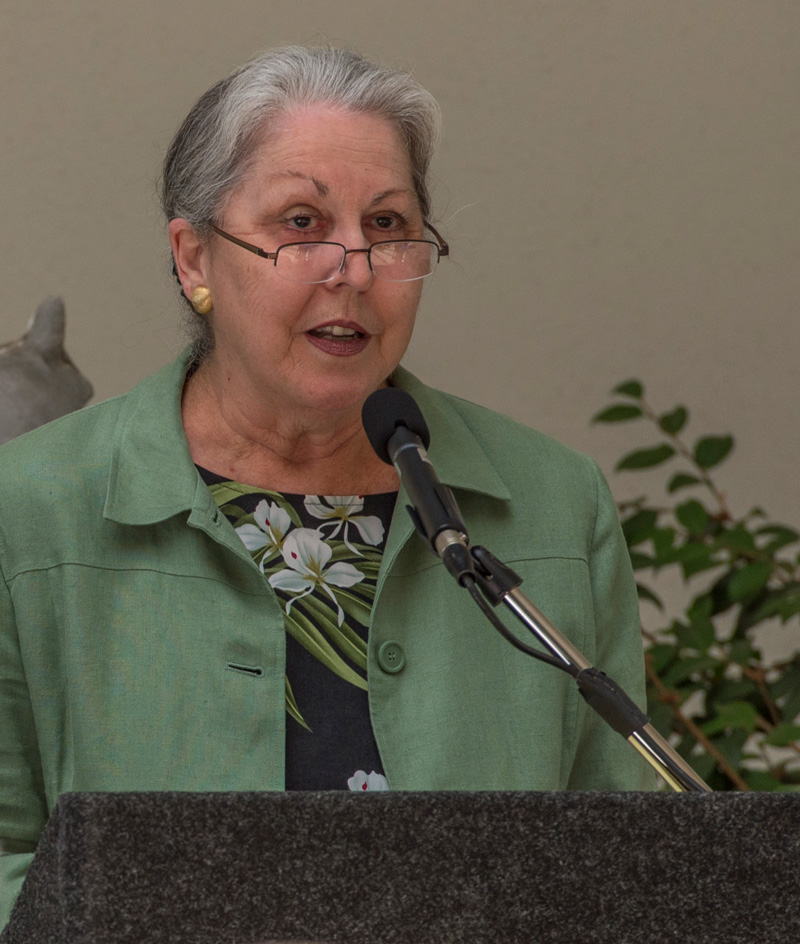 Robertson speaking to members of the Huntington's Heritage Society in June 2013. Photo by Martha Benedict.

Doing double duty as British history curator and department head, Mary put her own scholarly research on hold as she encouraged and fostered the work of her staff. She developed a “brag shelf” on a cabinet in her office, where she placed a copy of each publication completed by members of her staff. Mary epitomizes selflessness in the support and mentoring she has given to her staff. I have known Mary for her entire career, and I count her as a great mentor and as a dear and valued friend. I don’t know a Huntington without Mary on the staff, and I will miss her, as will everyone here. However, we are very glad that she is not going far. She will move to another office in the Library, where she will at last be able to focus on her own, long-deferred, scholarly research and writing.

Now, about that eminent trio of Brits who met and benefited from knowing Mary—Prince Charles made a state visit to The Huntington in 1994, and Mary showed him manuscript treasures from the collections. Terry Jones, a Python but also a scholar on the Knight’s Tale from Chaucer’s Canterbury Tales, came to examine the Ellesmere Chaucer, with Mary at his side. Hilary Mantel, winner of the Man Booker Award for both Wolf Hall and Bring Up the Bodies, her recent two novels on Thomas Cromwell, corresponded at length with Mary about her research and writing of the novels—an appropriate move, as Mary wrote her doctoral dissertation on Cromwell. The depth of Ms. Mantel’s affection and gratitude for Mary can be measured by the fact that both novels are dedicated to her.

All of us at The Huntington give Mary our fondest wishes for a happy, relaxing, and productive retirement. Happily for us, we will still see her in the Library’s research rooms.

Sara S. "Sue" Hodson is curator of literary manuscripts at The Huntington.